13 Hours The Inside Account of What Really Happened In Benghazi 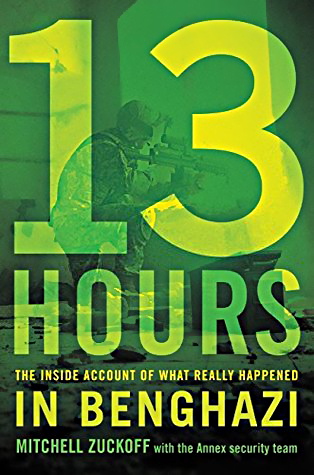 A NOTE TO THE READER

This book documents the last hours of an American diplomatic outpost in one of the most dangerous corners of the globe. Based on exclusive firsthand accounts, it describes the bloody assault, tragic losses, and heroic deeds at the US State Department Special Mission Compound and at a nearby CIA base called the Annex in Benghazi, Libya, from the night of September 11, 2012, into the morning of the next day.

It is not about what officials in the United States government knew, said, or did after the attack, or about the ongoing controversy over talking points, electoral politics, and alleged conspiracies and cover-ups. It is not about what happened in hearing rooms of the Capitol, anterooms of the White House, meeting rooms of the State Department, or green rooms of TV talk shows. It is about what happened on the ground, in the streets, and on the rooftops of Benghazi, when bullets flew, buildings burned, and mortars rained. When lives were saved, lost, and forever changed.

The men whose experiences comprise the soul and spine of this book are well aware of the political storm surrounding Benghazi. They recognize that the word itself has become unmoored, no longer simply the name of a dusty Mediterranean port city on Libya’s northeastern coast. They know that some Americans use Benghazi as shorthand for US government malfeasance or worse. They also understand that their explanations and revelations will be used as evidence to fit arguments and accusations in which they have chosen not to participate.

It’s not that they don’t care about those issues. It’s just not their purpose. Their intent is to record for history, as accurately as possible, what they did, what they saw, and what happened to them—and to their friends, colleagues, and compatriots—during the Battle of Benghazi.

Although written as a narrative, this is a work of nonfiction. No scenes or chronologies were altered, no dramatic license was taken, and no characters were invented or created from composites. Descriptions from before, during, and immediately after the battle came from the men who were there, from verified accounts, or both. All dialogue was spoken or heard firsthand by primary sources. Thoughts ascribed to individuals came directly from those individuals.

The main sources of this book are the five surviving American security force contractors, known as “operators,” who responded to the surprise attack on the Benghazi diplomatic Compound, spearheaded the counterattack, and carried out the rescue of State Department personnel and residents of the CIA Annex. Several names have been
changed or withheld for privacy or security reasons, but all descriptions and information included about individuals is true. Classified details were omitted, in keeping with standard nondisclosure agreements among clandestine government employees and contractors. Those changes and omissions had no material effect on the story and did not misrepresent the known facts. The individual accounts of the operators were fundamentally in sync, but occasionally they diverged on details, such as when a particular radio call was sent. Whenever possible the narrative reflects the varying perspectives, which can be attributed to the fast-moving nature of events, the fog of war, and team members’ overriding concerns about remaining alive rather than keeping track of chronologies.

Secondary sources include additional interviews, photos and videos, the voluminous record of public documents, congressional reports and testimony, and media reports. Those sources, credited where appropriate in the text and cited in the Select Bibliography, were used to provide context, fill gaps during periods when the primary sources weren’t present, and to confirm or elaborate upon the participants’ recollections. Further discussion of sourcing can be found at the end of the book, in “A Note on Sources” (
here
).

Previous accounts of these events, in books, magazines, and other media, have disturbed and even disgusted the men whose story is told here. Versions with fictionalized dialogue, imaginary incidents, false or exaggerated claims, and sensationalized allegations serve no purpose other than to inflame and obfuscate. The goal of the real security team members is to recount the Battle of Benghazi through as transparent a lens as possible. They and the family of a
sixth operator have a financial stake in this book, but their only editorial demand was that the story be told truthfully.

It would be folly to think that this or any other account would be the last word on events with such wide-ranging implications. But after so many words have already flowed, with many more to come, consider it the first word directly from the battlefield, from men who know from hard experience and seared memories what actually happened during those harrowing thirteen hours. 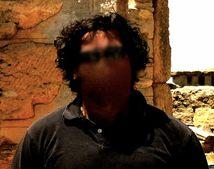 Mark “Oz” Geist—
At forty-six the oldest member of the team, the laid-back Oz spent a dozen years in the Marine Corps, including work in an intelligence unit, then became the police chief in the Colorado town where he grew up. After running a private investigation company, in 2004 he became a security contractor to the State Department in Iraq. Twice married, Oz had a son with his first wife and a teenage stepdaughter and an infant daughter with his second wife.

Kris “Tanto” Paronto—
A former member of the Army’s 75th Ranger Regiment, the voluble Tanto had a personality as colorful as the many tattoos on his muscular body. At forty-one, he’d spent a decade working as a contract security operator—a job he considered part of a battle between good and evil—in countries throughout the Middle East. Tanto held a master’s degree in criminal justice, owned an insurance adjusting business, and had a son and a daughter with his second wife.

Jack Silva—
A former Navy SEAL, Jack spent a decade in the service, carrying out missions in Kosovo and the Middle East. Introspective and smart, Jack left the SEALs to spend more time with his two young sons and his wife, who learned while Jack was in Benghazi that she was pregnant. At thirty-eight, Jack divided time between contract security work and real estate, buying, renovating, and selling properties. Jack often partnered with fellow former SEAL Tyrone “Rone” Woods.