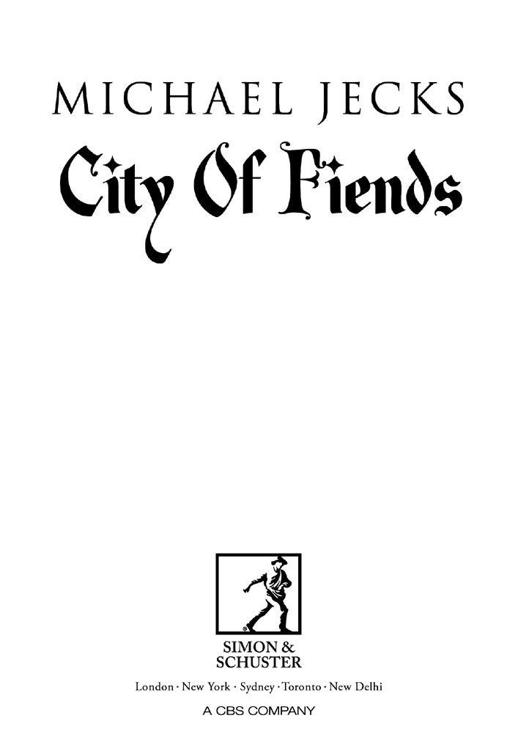 The Malice of Unnatural Death

The right of Michael Jecks to be identified as author of this work has been asserted in accordance with sections 77 and 78 of the Copyright, Designs and Patents Act, 1988.

This book is for Andy, Jenny,

and all the BERTS Frangles,

for ales, for Morris dancing, for cycling,

and for all the fun.

You are the best of neighbours.

Bratchet
a diminutive form of ‘brat’.

Coffin
a pie-case of pastry.

Deodand
the fine exacted for the value of a thing that occasioned death. Deodand finally disappeared after a train killed a man in the nineteenth century, and the full value of engine and train was charged
to the company.

Gegge
term of contempt for man or woman.

Misericord
small wooden projection set into choir stalls for monks and canons to rest upon to ease their legs during long services; also a long, narrow-bladed dagger for the
coup de grâce.
Both
implying compassion, pity, or mercy.

Recusant
one who refuses to submit to authority.

Villeiny-saying
speaking slander of a person.

Simon Puttock
once a bailiff of Dartmoor, now a farmer near Crediton and friend to Sir Baldwin.

Sir Charles of Lancaster
the loyal servant of the Lancaster family, he has become a committed supporter of the former King, Edward II.

Fr Paul
Vicar of Holy Trinity at the South Gate.

Janekyn Beyvyn
porter responsible for all the gates to the Cathedral Close.

Agatha
the second child, with the most business acumen.

Thomas
the third child, a boy of six years.

John
old bottler to the family.

Alice
maid to the Paffards.

Roger Avice
a dealer in good wines, who has suffered from debts.

Katherine
their daughter of sixteen.

Piers
their son, who died two years before.

Juliana Marsille
a widow, who struggles to survive.

Philip
her eldest son, who is trying to build up his family’s business again.

William
aged sixteen, he is determined to help his brother and mother.

The idea for this book came to me while I was researching what I had intended to be a very parochial little story about four families in Exeter. Why is it that, when sitting in
a darkened library, so many curious little diversions always occur to me?

This one came about because I was looking into that strange period after the capture, and escape from captivity, of King Edward II.

The kingdom must have been in complete turmoil. Many men were keen to try to spring Edward from his prisons, first at Kenilworth, then at Berkeley, while others were more than happy to see him
languish in gaol, letting his son rule in his stead.

Despenser, at last, had been removed. But in his place was the ever more avaricious Mortimer, who took every advantage. Some believe he was hoping to take the throne for one of his sons. I
don’t believe that myself, but there is no doubt that he grabbed all the money, lands and authority he could lay his hands on.

And in the middle of all this, poor Bishop Berkeley suddenly died.

The facts are few and far between. We know that the good Bishop was elected, and confirmed on 8 January 1327. He left no Register, or other record, apparently. About the only document we have
from him was a letter to Adam Murimuth, on 12 January, appointing him his Official-Principal.

It is thought that he was enthroned soon after 25 March, and then, following the precedent of his immediate predecessors, he went on a tour of the ecclesiastical estates. Proof of his
determination to be a good administrator, I suppose.

But his journey was cut short by his death.

It is Murimuth’s chronicle that tells us that he died at Petreshayes, in Yarcombe, on 24 June. A shockingly sudden death.

What could have led to such a brief episcopate? Was he merely unwell?

Generally, it is true that men, whether bishops or lords, could die while travelling from one manor to another. Their entourages generally used up all the resources of a manor quite quickly,
after which they would move on to the next. However, if there was even a hint of ill-health, they would stay put, since there was no point in hastening a man’s demise by forcing him to cover
twenty miles on horseback.

Be that as it may, there is other evidence that must be looked at.

Berkeley’s successor was Grandisson, one of Exeter’s greatest bishops. According to Wikipedia there was mention in Coulton’s
Social Life in Britain
of a section from
Grandisson’s Register
that said Berkeley had been murdered and his estates despoiled.

I am not convinced. This is the only mention I have seen (in Wikipedia, I mean) of this murder and despoilation. Looking in Coulton’s book, which was published in 1918, there is a footnote
on page 27 that reads:
Grandisson succeeded (after a very brief episcopate of John (sic) de Berkeley) to that Bishop Stapeldon whose murder is recounted in the
French Chronicle of London
(Camden Soc. 1844), P.52.