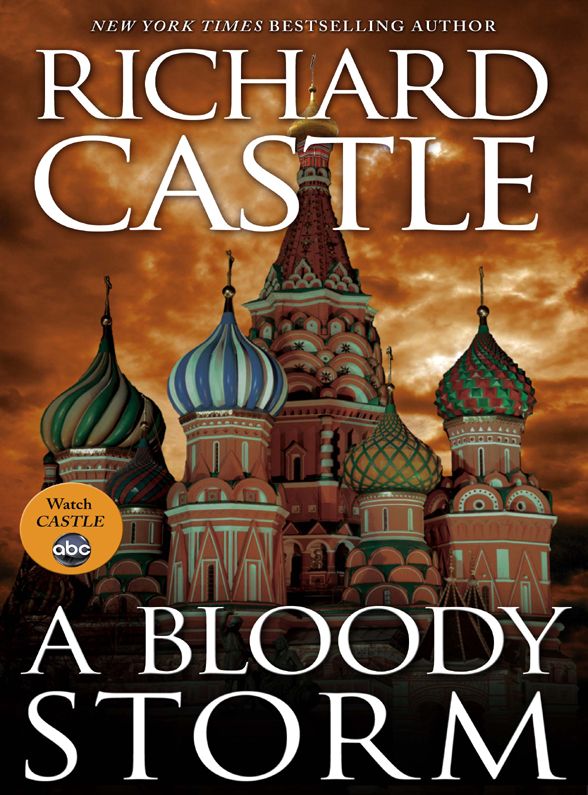 Derrick Storm was fifty yards away when the tank exploded, causing an ear-punishing explosion that sent the car’s steel carcass flopping into the air before it came crashing down.

Only moments earlier, Storm had deliberately driven the speeding Vauxhall off the highway into the stone wall of an abandoned farmhouse, sending his passenger, a Croation vixen named Antonija Nad, through the windshield. She had been pointing a pistol at Storm at the moment of impact. Now her lifeless body was limp in the grass beside the burning car.

Storm had cheated death thanks to a seat belt, a driver’s air bag, the car’s crumple zone, and Nad’s foolishness in not buckling up and in assuming that no one would be crazy enough to nosedive into a wall at nearly a hundred miles per hour.

Storm wasn’t sure if his partner, FBI Agent April Showers, had been as fortunate as he was.

She’d been a passenger in a Mercedes-Benz that Storm was chasing. Its driver, Georgi Lebedev, was supposed to be taking Showers and a Russian oligarch to a hospital emergency room. She had been shot in her right shoulder. Ivan Petrov had been gut-shot.

Rather than driving to an emergency room, Lebedev had turned in the opposite direction, eventually pulling off the highway onto a dirt road and stopping under a grove of English oaks.

“April!” Storm yelled, as he hurried toward the parked sedan some forty yards away. He was moving as fast as a thirty-year-old man, who’d just survived a crash, could. His knees threatened to buckle. His entire body ached. Blood trickled from his ears. His skin shined with sweat and smelled of fuel and motor oil.

He could now see it splattered inside the Mercedes’s windows. Storm tightened his grip on the semiautomatic pistol that he’d retrieved from Nad’s corpse.

Whose blood was he seeing? And why had someone inside the vehicle opened fire on a fellow occupant?

Ignoring the shrill ringing in his ears and his shocked senses, Storm struggled to make sense of it all. The stunning and now dead Nad had been chief of security in charge of protecting her wealthy boss. Even in Storm’s confused state, he realized that Nad had betrayed Ivan Petrov. So had Lebedev, who was the wounded Petrov’s oldest and dearest friend. Gold—lots of it—had turned both of them into modern day Judases.

Storm didn’t care about the gold. Only rescuing Showers. Assuming she was still alive. Assuming it was not her blood that he was now seeing.

Even though he was in top physical shape, by the time Storm reached the sedan, he was gasping for breath. He grabbed the car’s latch, raised his handgun, and jerked open the driver’s door.

The top half of Lebedev’s body fell out. Half of his skull was missing.

That explained the blood
.

Storm leaned into the car for a better look.

Showers was in the passenger seat, with her head leaning against the passenger window. She was clutching her Glock in her left hand.

Grabbing Lebedev’s belt, Storm pulled the dead man’s body from the car and slipped onto the blood-covered driver’s seat. He touched Showers’s neck and found a pulse. But it was weak.

The touch of his fingers caused Showers to open her eyes. She gave him a faint smile.

“I knew you’d come for me,” she whispered. “I knew Nad wasn’t clever enough to kill you.”

“Hold on! I’ll get you to the hospital,” Storm said. Glancing over the front seat, Storm looked onto the dead eyes of Petrov. There was a bullet hole in his forehead, as well as his earlier chest wound.

“Wait,” Showers sputtered. “The phone. Get it!”

Stepping from the car, Storm found the phone in Lebedev’s jacket. Since he was out of the vehicle, he quickly opened the car’s rear passenger door and grabbed Petrov’s elephantine legs. Someone had shot a bullet into Petrov’s foot. Storm pulled the three-hundred-pound carcass from the Mercedes, leaving smeared blood on the leather seat.

Two lifelong friends, now killer and victim, lying next to each other under the oaks.

Back in the driver’s seat, Storm jammed on the car’s accelerator, causing the sedan to rocket from under the trees.

“Sure thing,” she replied unconvincingly. Her voice was robotic.

Alternating his glances between the road leading to Oxford and her face, Storm saw Showers chose her eyes and he knew that he was in danger of losing her. He reached over, put his hand on her leg, and squeezed it.

Showers opened her eyes. “Hands off the merchandise,” she said.

Good. She still had a sense of humor.

“You wear a bullet well,” he replied.

But the truth was that she looked wretched. Her white skin was ghostly and her blouse was stained red.

Showers was in shock and that could kill her. He needed to make her stay focused, to keep her grounded in the moment.

“What happened here?” he asked. “Who shot whom?”

“Lebedev,” she said in a whisper, “shot Petrov. Something about gold.”

Storm knew about the gold. Sixty billion dollars’ worth smuggled out of the Soviet Union before it collapsed. But he hadn’t told Showers. The CIA didn’t want the FBI to know about it.

“April,” he said, “if Lebedev killed Petrov, who shot Lebedev? Who killed him?”

“No, now, April,” he said sternly. “Did you shoot Lebedev or did Petrov kill him?”

“Me. He was going to kill me. Blame me for Petrov’s death.”

The gunshot in her shoulder had crippled her right arm.
How had she outmaneuvered Lebedev?

“He took my Glock from me. Used it to shoot Petrov,” she said. He noticed that she was speaking in bursts, trying to concentrate and also save her breath. “He put my Glock on his lap. Got his own pistol. Was going to shoot me. Tell everyone I shot Petrov. There was an explosion. A noise.”

“That was me crashing into the farmhouse,” Storm explained. But he wasn’t certain if she understood.

“Loud noise. Lebedev looked away from me. Turned his head. I seized my Glock. Left hand,” she said, smiling. “Didn’t expect that. Shot up in his face.”

Storm asked: “Why did you tell me to grab Lebedev’s phone?”

“You shot him left-handed after you discovered where the gold is hidden!” he exclaimed. “Outstanding! You’re really incredible.”

Through half-closed eyes and with an unsteady head, she replied, “I have my moments.”

The Mercedes’s GPS directed him to the emergency room at the John Radcliffe Hospital on the east side of Oxford. Storm bolted inside.

“I have a gunshot victim in the car!” he announced. “She’s bleeding. In shock. But conscious!”

An intake clerk grabbed a phone, and within seconds an emergency assessment unit came rushing from behind double metal doors. An attendant pushing a “trolley bed” ran behind a triage trauma nurse and a physician’s assistant. The three of them followed Storm to the still-running Mercedes, where he helped the attendant lift Showers onto the cart while the nurse and the medic worked on her.

“She allergic to any medicines?” the nurse asked.

“How’d this happen?” she asked.

“She was shot at a protest rally at Oxford this morning.”

“We’ve already had three others come through here who were in the crowd. Why are you so late?”

The nurse noticed the blood on the interior of the car windows and also on him. “We’ll take it from here,” she said. “You need to sign in.”

As they hurried by the intake desk, Storm overheard the nurse say, “Call Security.” Before the receptionist could lift her phone, Storm handed her Showers’s FBI business card.

“Wait,” she called after him. “There are forms—”

But he was already speeding away from the hospital.

From behind the wheel, Storm called Jedidiah Jones, the director of the National Clandestine Service at CIA headquarters in Langley, Virginia. “Showers has been shot,” he said. “Just dropped her at the John Radcliffe emergency room in Oxford, England. You need to call.”

“I’ll put the FBI in touch with the hospital. They have her medical information from her personnel file,” Jones replied. “I’ll let our London embassy know. They’ll get people out there. What about you?”

Storm recapped the morning’s events at the Oxford rally and later under the English oaks.

Jones listened without interrupting and then said, “Obviously, Georgi Lebedev was a traitor in Petrov’s camp. He was keeping Russian President Oleg Barkovsky informed about what Petrov was doing.”

Once former pals, Barkovsky and Petrov had turned against each other after the oligarch had criticized the Kremlin leader in public. A furious Barkovsky had forced Petrov to flee Russia and had later sent assassins to kill him in England.

Jones said,” It all makes sense now. President Barkovsky must have bribed Lebedev. Because Petrov trusted Lebedev like a brother, he wouldn’t have suspected that he would turn on him.”

Storm said, “There’s more. Showers found out where the gold is hidden.”

“She did? Only Petrov knew its location, and he’d refused to tell anyone. How’d she pull that off?”

“Judging from the bullet hole in Petrov’s foot, I’m guessing Lebedev forced the issue. Lebedev must have threatened him in the parked car. He probably said he wouldn’t drive him to a hospital for his chest wound unless he spilled his guts—pun intended—about the gold. When Petrov refused, Lebedev showed him how serious he was. Showers was in the front seat during all of this and overheard their entire exchange. I’ll send you the longitude and latitude coordinates for the gold from Lebedev’s cell phone after I ditch this car.”