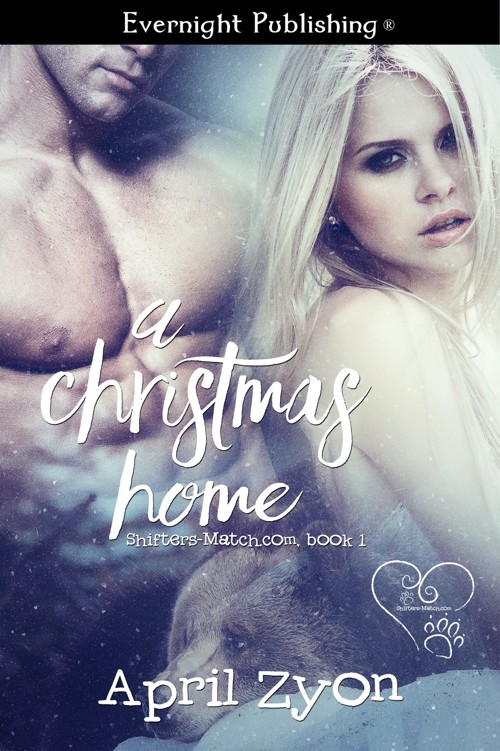 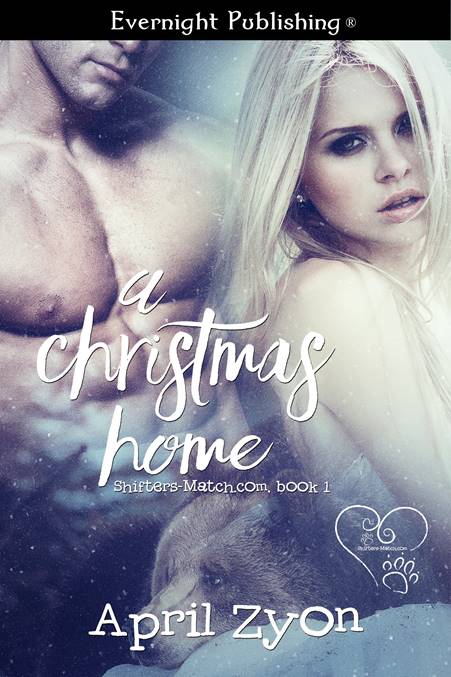 WARNING: The unauthorized reproduction or
distribution of this copyrighted work is illegal.

This is a work of fiction. All names, characters,
and places are fictitious. Any resemblance to actual events, locales,
organizations, or persons, living or dead, is entirely coincidental.

ToCh Moira, thank you for being my very best
friend in the world. You are my rock. Through thick and thin we've been friends
for years and it will never stop. Love ya, babe!

To Ravenna, I'm thankful to have you as another
of my best friends. I'm blessed that you are in my life.

Pushing
the limits of the snowmobile she was on, Ophelia Lambros laughed as she spun
around on the cold white snow. The sensation of flying was just another reason
she loved snowmobiling. Yes, she was out in the middle of nowhere on her own,
but she absolutely loved it. She loved the feeling of the snowmobile under her
body, the power of it completely under her control. It was freeing, the ability
to let all control go and enjoy herself. This was exactly what she had needed
when she came to Shifter Falls.

She
twisted the handle of the snowmobile to get it to go where she wanted and
killed the engine. She pulled off her goggles and put them on the handle, then
turned around. Resting her head on the handle, she looked up. It was beautiful
here this time of the day. The sky seemed to go on forever, the brilliant blue
and white starting to burst in an explosion of pinks, reds, and oranges. It was
utterly amazing, the joy she got from watching the sun go down at this place.

She
moved so that she had her legs crossed and snorted. It was nearly impossible to
believe that just a month earlier she’d been going through the motions of
living and hiding that innate part of her very core with normality. She wasn’t
normal, not now and not ever. She couldn’t be normal if she tried, not with the
power that simmered under her skin. She kicked one snow boot on the other to
knock the loose snow off and shifted again on the wide and long seat so that
she could get comfortable.

Sighing,
she finished watching the sun as it slowly streaked across the sky. “Goodnight,
old friend,” she whispered to the sun, then rose so that she was sitting once
more on the back of the snowmobile. Revving up the engine, she turned on the
headlight and started back across the snow and toward the lodge she was staying
at.

The
lodge was a beautiful place that looked like something out of a story book. She
had needed to recharge her batteries, so to speak, and actually find herself,
so that’s exactly what she was doing. When company downsizing had cost her her
job with the accounting firm she had worked for since she was fourteen, she’d
figured—after the initial panic—that it was time for a change. She still
thought very fondly of the firm she had worked for. The owner had taken her on
after her cousin had pulled some strings. She had been thankful because it took
her out of the home she hated to be in. Her parents were always fighting and it
had been nice to be able to be out of the house and working with her cousin.

God
she hated to think about her parents. They were now both going their own
separate ways and they were very happy to not talk to their daughter just as
she was happy not to talk to them. Growing up, she had always felt like she was
an intruder in their lives, something they made clear to her in their actions.
She had to shake herself out of her revelry and with a deep breath she shoved
away the thoughts of her parents.

Thanks
to her rather hefty severance package she had been able to take some much-needed
time off. One thing that had slightly derailed her time off, however, was for
the man she’d been engaged to, Eric Boston, to cut off their engagement
literally hours after she was fired and a mere five days before they were to be
married. As much as it hurt her self-esteem, she refused to allow his hurtful
parting words to end her being. No, she was better than that. She was more than
that and refused to allow herself to submit to the will and desires of others.

“Bastard.”
She muttered the word aloud as she drove over the snow. Ophelia didn’t race
over the white powder now like she had earlier. She couldn’t with the darkness
falling so quickly. She wondered briefly how her cat was doing. She had forked
out several hundred dollars for him to be placed in a swanky cat resort, aka
kennel.

She
lifted just a bit as she passed over a bump, taking the impact and motion with
her whole body instead of tightening up like most people would. Once she was
over the roughest area, it left her to her thoughts, dangerous thoughts of when
she had been
dumped,
for lack of a
better word.

“Lia,”
Eric called through her home when he
let himself in. “Lia, it's Eric.”

She
came bounding down the stairs, her honey-blonde hair bouncing in thick curls
behind her. “No kidding, as if it could be anyone else?”
she had asked him with a forced smile. She hated when he called
her Lia. Her nickname was Phi, not Lia. She’d spent the last three hours prior
to him showing up creating a resume, something she’d never had before since she
accepted her job before she was even out of high school. She was excited to see
him, content to have him there because at least he cared for her. She told
herself once again that she would one day grow to love him. They were friends
and wasn’t that the best relationship builder?

“Well,
one never knows,”
Eric told her and
stepped back from her touch when she reached out to him.

“Lia,
we are over,”
he stated bluntly, so
much so that Phi was sure she misheard him.

“What?”
she asked stupidly.

“You
are a filthy, dirty cow. I dated you because I had been told that you were some
kind of heiress or something, but you aren’t, are you? I can’t tie my life to
yours. Being my luck, you would outlive me and then where would I be? Dead
after living an unhappy life.”

Dirty
cow? “What do you mean, dirty cow?”
She
wasn’t a size zero, but she didn’t think that a size sixteen was large, not
with as active as she typically was. No, she wasn’t going to be running a
marathon anytime soon but she also wouldn’t get out of breath if she walked up
and down several stories of stairs either.

“I
mean exactly what I said. You aren’t as clean as you should be,”
he pointed out by flipping one of the
magazines that had been open on the chair arm over, then looked down in disdain
at her cat. “And that filthy mongrel. How can you allow that nasty animal on
your counters? You make food there.”

“He’s
been in my life for nine years. He’s set in his ways. He’s been my friend
through thick and thin. And what do you mean, you thought I was an heiress?”
She never discussed money, with anyone.
It was her business and hers alone. She had never asked him to pay for
anything, never done anything that would suggest she was loaded, either, so
what in the world he was talking about she had no idea.

“Exactly,
you are a nasty, filthy cow and that mongrel is a nightmare. I fucking hate
cats.”
He tossed the key to her home
on the table. “So thanks for wasting my time. You should have said something to
me last year that you were fucking broke, you idiot. I was told by Todd
Harrington at your office that you only worked because you were bored. He
showed me your banking records that you thought you had shredded and they
showed that you had millions. Then that fucking assweed told me last night that
he had made them up. The bastard and his cohorts were getting off on the fact
that
I
was fucking someone like you.”

Those
were the last words he said to her before he turned on his heels and walked out
of the house. She was stunned. She was so shocked that she didn’t say a single
word to stop him. Once he was gone, she sat down hard on the stair step. “We
were going to be married in two days,”
she
said to her cat that jumped up onto her lap. She took a deep breath. “Well, it
looks like it's time for me to cancel everything
…
”

That
had been the hardest part of everything, canceling wedding plans last minute,
listening to her friends telling her that they had never liked Eric and they
were happy it was over.

Well
she had been happy someone found a good part of the pain she was going through.
She certainly didn’t.

On
and on it went until it was time for her to cancel her reservations at the
lodge in Shifter Falls. When she called, she spoke with an older woman who told
her that she would be able to turn her deluxe three-week for two in for a
six-week for one regular accommodation but they couldn’t refund her money.
That’s when she decided to take it. She had lost her job and her fiancé in one
fell swoop, so why not take six weeks and try to find herself?

She
shook her head and cleared the fog of the past, focusing once more on the sharp
twist and turn of the path she was on. Arriving back at the lodge, she pulled
her snowmobile into the garage for them and cleaned it off, filling it up with
the fuel that was there in cans. She then took the keys so that she could hang
them up on her way into the lodge. She was humming lightly, a smile on her face
as she walked blindly into the bright lights of the lodge. She was happy. She
knew now she was better off without Eric and she also knew that somehow losing
her job wasn’t going to be the nightmare she had been so certain it would have
been. She had enough money tucked away that she could do pretty much what she
wanted, when she wanted, at least for a time.

It
was while she was wool gathering and walking that it happened. As she walked
into the lodge, she bumped into a very large male. Holy balls, the man was like
a mountain, she realized as she all but bounced away from his massive, muscular
chest.