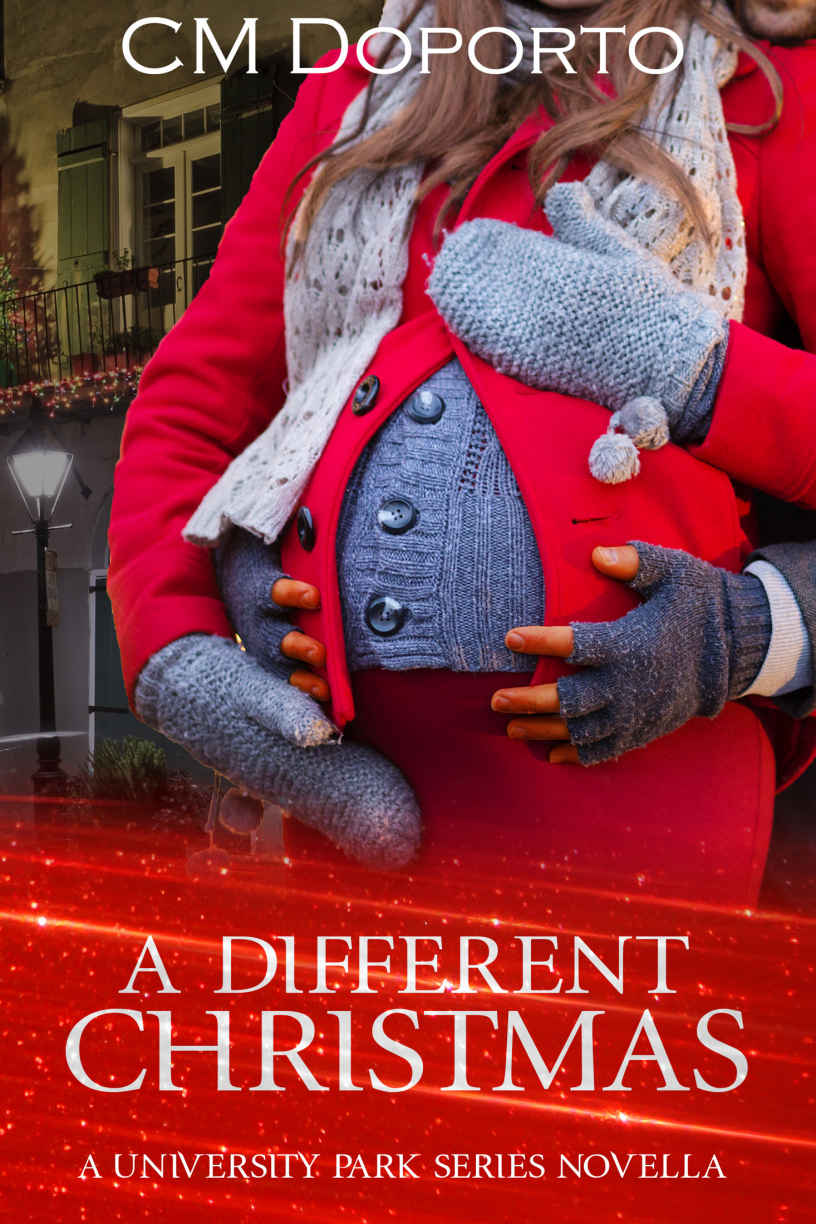 All rights reserved, including the right to reproduce this book, or portions thereof, in any form without written permission except for the use of brief quotations embodied in articles, reviews, or posts.

This is a work of fiction. Names, characters, places, and incidents either are the product of the author’s imagination or are used fictitiously, and any resemblance to actual persons, living or dead, business establishments, educational facilities, events, or locales, is entirely coincidental. Any trademarks mentioned herein are not authorized by the trademark owners and do not in any way mean the work is sponsored by or associated with the trademark owners. Any trademarks used are specifically in a descriptive capacity.

I’d like to thank my husband, son, and mom for their continued support. Lord knows I couldn’t do this without each of you.

Special thank you to my author friend, Sydney Aaliyah, who shared some of the local interest of New Orleans with me. A big thanks to former NFL player, Sheldon Jackson, for answering all my professional football questions. Many thanks to my husband and brother who helped me make sure the lingo was correct for the football scenes. Your insight helped me make this story more realistic. Thank you to Lindsay and Rosie for answering questions regarding C-Sections and twins.

Thanks to Michele and Lainey for beta reading this novella. Many thanks to my fan club/street team. I appreciate your dedication and time with supporting my books and getting the word out. A big thank you to all the bloggers that support my books and share my post. Your support of indie authors helps get the attention of readers we work hard to obtain.

A round of applause to Murphy Rae from Indie Solutions for designing a beautiful cover. I love it and I know the fans do, too! Many thanks to Monica for editing this novella. I’m kind of sad this is the end of Lexi and Raven’s story. A heartfelt thank you to the reader. Without you, there would be no one to enjoy my stories. I appreciate you taking the time to read it. I hope Lexi and Raven will remain in your hearts forever and you reread their story for years to come.

Most of all, I want to thank our Heavenly Father for providing me with the opportunity to do what I love: write.

To Alessandra for staying in the oven

a little longer so Mommy could finish

I hobbled out of the bathroom as fast as I could, my breathing labored. “Is Anthony hurt?” Staring at the TV, I tried to make sense of the chaos on the field. Anthony Lewis, the quarterback for New Orleans, was being hauled away on the back of a golf cart.

“Yeah, he’s out.” Rick ran his hand over his hair and then replaced his cap on his head.

“What happened to him?” Perching on the edge of the recliner, I took a few deeps breaths. Steadying my racing heart was pointless. Adrenaline coursed through my body as Raven ran onto the field. Although he’d been called in before to finish the last few plays of a game New Orleans was set to win, this time was different. His teammate was injured and now he had to step up and perform. Playing in the pros was so much different than playing college football.

“They think he tore his ACL.” Rick stared intently at the TV.

“Oh no.” I rubbed my belly and reclined against the chair. Being thirty-six weeks pregnant with twins made it difficult to breathe, sit, stand…do just about anything, but it would be all worth it. I couldn’t wait to meet our beautiful babies.

“This might be Raven’s big chance.” His mother, Trish, clasped her hands together and pressed them to her mouth. She recently moved back to the New Orleans area after we bought a home. I think she wanted to be closer to her soon-to-be-born grandchildren. I didn’t mind. All my family was back in Dallas, and we needed all the support we could get. Besides, Trish was more supportive than my mom, who swore she’d be there for me. Then again, moving to another state had made it a little hard.

“What happened?” Mimi, Raven’s grandmother, dashed into the living room, wiping her hands on her apron.

“Raven’s going to play,” I said, not taking my eyes off the screen.

“Praise Jesus!” Mimi squealed. “Did the quarterback get hurt?”

“Yeah. They think he tore his ACL,” Rick quickly interjected.

The score was twenty-three to twenty-one with Baltimore leading. In the fourth quarter, with five minutes and ten seconds left on the clock, they needed to make a touchdown on this drive. I swooned a little when Raven got into position on the line of scrimmage. One thing was certain: I’d never tire of seeing my man on the field. He was so damn sexy.

The center hiked the ball and Raven threw a twenty-nine yard pass, earning them another first down. We screamed and cheered as Raven advanced his team closer to the end zone with each play. On fourth and goal, we watched intently as Raven put his skills to the test. Instead of passing the ball to the intended receiver, he dived over the defensive linemen, barely crossing the goal line.

“Holy shit!” Rick sprang to his feet. “Did you see him dive in there like it was a mosh pit?”

“Yay, babe, way to go!” I jumped up, applauding his victory, but stopped when a sudden pain shot through my lower belly. “Ow. That didn’t feel good.” I lowered to the chair.

“You okay?” Mimi quickly knelt by my side.

“Yeah, I think so.” I took a few deep breaths, trying to relax. My stomach was tight and hard as a rock. “Had a sharp pain, that’s all.”

“Take it easy. Your water can break at any time.”

I placed my palms on my stomach, feeling the babies kick and turn as it relaxed. “They need to stay put for at least two more weeks,” I said, looking up at her. “I don’t want them to be pre-mature.”

“Very true. So don’t get overexcited.”

Nodding, I took a few more deep breaths and followed her advice. Mimi meant well and I had no problem listening to her. I respected her and she cherished me as if I were her own daughter. Since I moved to New Orleans, our relationship had definitely strengthened and we had a special bond.

We continued to watch the game and I kept my excitement under control as much as possible. As the minutes counted down, New Orleans’ defensive line did their job, preventing Baltimore from scoring. We screamed when one of the players intercepted a pass with thirty-nine seconds on the clock.

I clenched a small pillow to my chest as Raven took the field once more. Even though they were winning, he needed to end the game on a bang and prove he was worthy of being New Orleans’ quarterback. Being a free agent didn’t hold much stability and sitting on the sidelines didn’t afford him the opportunity to showcase his talents. This was the moment he’d been waiting for.

“Come on, come on.” Trish bounced her legs up and down repeatedly.

“Relax. He’s got this.” Alice, Rick’s wife and Trish’s sister, patted her on the thigh. She was the calmer one in the family—the voice of reason when no one could agree on something. “He does well under pressure.”

Raven’s brothers, Shawn and Trey, kept their eyes glued to the TV, waiting for the play to start. The clock dwindled as the players scrambled into position. The ball was snapped and Raven dropped back, scanning the field. His arm extended and he threw for a sixty-three yard pass. Jes Baxter gripped the ball, shoved a player into the sideline, and sprinted sixteen yards, earning the team a touchdown.

He had done it.

He had won the game!

Raven proved he had what it took to play pro-football and I couldn’t be prouder. His family was excited about his moment of fame, but I knew opportunities like this didn’t come around often. He’d have to do whatever it took to earn the spot for starting quarterback. And that meant long practice days and total focus. I knew he was up for the challenge. The question was, could I handle it?

Raven’s family left our house with the exception of Mimi. She’d promised Raven she would stay with me while he was out of town, and even though I told her she didn’t have to since we lived close by, she refused to leave my side.

Just as I crawled into bed and surrounded myself with several pillows, my phone rang. I grabbed it from the nightstand and smiled, seeing a picture of Raven and me on the screen.

“Hey, baby, did you see the game?” Raven’s voice was elevated about three notches, excitement pouring from him.