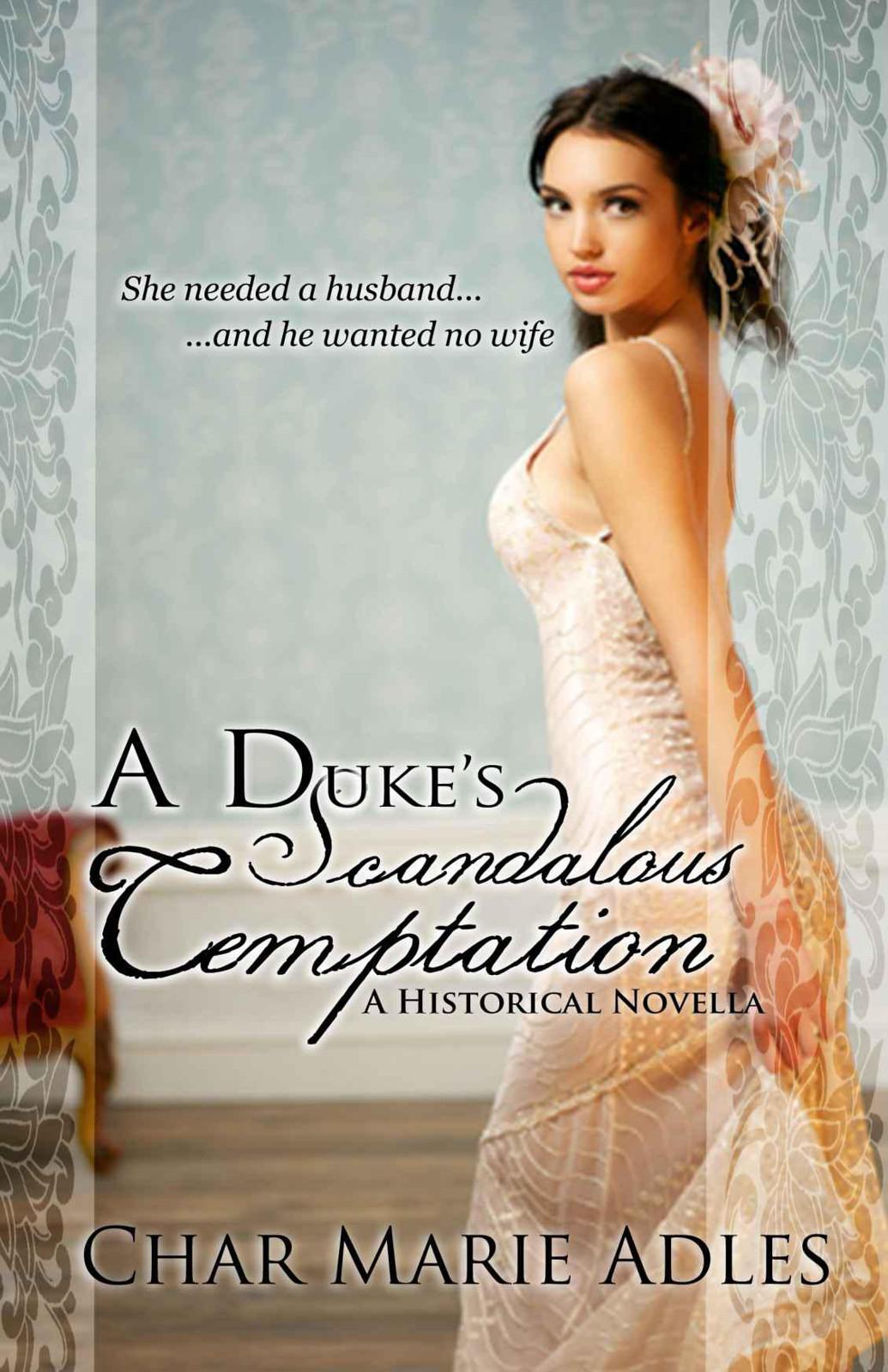 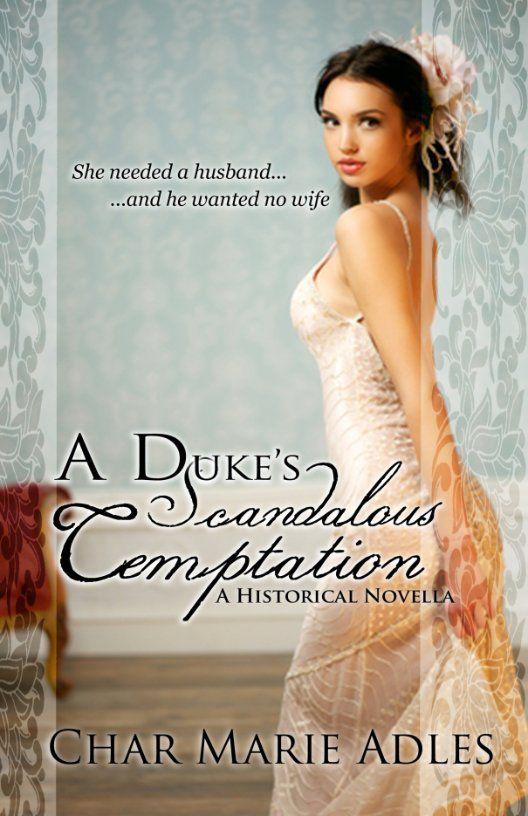 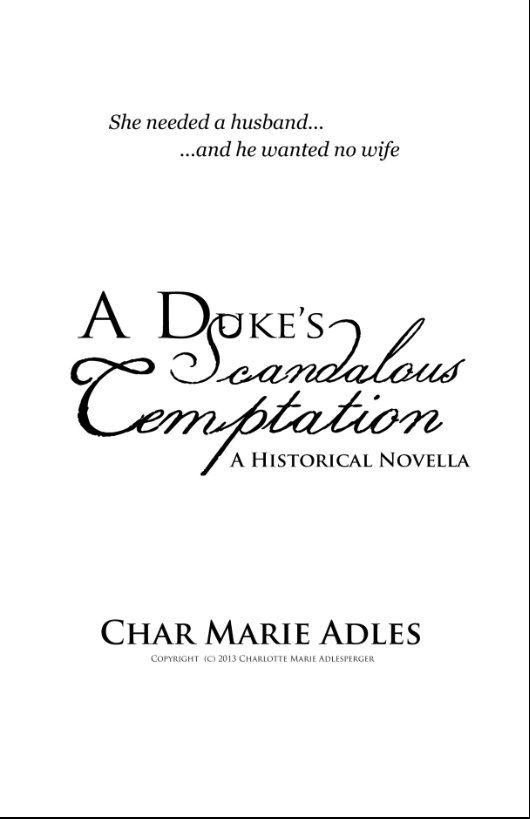 This is a work of fiction. Names, characters, places and incidents are products of the author’s imagination or are used fictitiously and are not to be construed as real. Any resemblance to actual events, locales, organizations, or persons, living or dead, is completely coincidental.

“Must I go, Brother? You know how much I detest these sorts of gatherings. Why must there be a ball
every
night,” I asked with a roll of my eyes. I would have been rather happy to be back home on our country estate in York, this time of year when the earth was still warming from the bitter chill of yet another harsh winter.

“Because it is your first season and if a Miss has more than one season she will most definitely be put on the shelf. You must find yourself a husband as all young ladies do,” he informed. He looked around with a keen eye and then glanced back to me. “You could be the toast of the town if you would stop hiding behind the old maids and dance, you are quite the pretty thing. Much like Mama, if she was here she would indeed be proud. You have her darker coloring in skin and hair, but you have eyes that are such an usual color. Pale violet eyes.”

I blew a strand of hair from my face and watched him flinch.

“Ladies do not blow hair from their faces, either.”

I grinned at that. “You would know better than I Brother, for you have spent these past few years in London alone,
leaving
me at the family estate. I have been alone there since Papa died when I was twelve. No excuses,” I said tapping him with my fan on his arm. “Let us get this over with, I prefer not to be in this blasted contraption longer then I have too.”

“Darcee! Watch your tongue,” he gasped in disbelief.

“You dear brother have a tongue worst then I, do not forget you were a captain in His Majesties Royal Navy for a number of years, before you came into Father’s title,” I smiled slyly, “Father never forgot, or forgave his only son and heir for being so stupid.” I sighed lightly, “And look at here you drive us! Into a hole in the ground with all your gambling, all you have left to sell off is me! I am glad father left the estate to me as my dowry or we would have nowhere to turn too.”

With a final victorious grin I swept myself inside, with him following close behind, his face flushed with embarrassment.

“Just remember to be polite and smile. Don’t waste Mother’s Italian beauty you were gifted with, it is your best tool.”

I nodded coolly and glided into the large, crowded ballroom with a silken grace that had then me three months to learn. Slowly, but no to slow, as if balancing a book on my head. As I entered from the main door the crown grow rather silent as I passed. It must be the deep red silk dress that left my shoulders, bare that did it, I decided. With my hair upswept at the top and the bottom twisted into one long curl that fell over me left shoulder, the outfit was perfect. I glanced around as I moved into the room and noticed that most of the colors in the room were muted, and pastel in color even the dresses of the ladies.

Oops, but too late to turn back. I was half Italian Royalty and there were rather bold with their colors, Mama had always loved bright colors.

Suddenly my brother was at my side and fitted my hand in the crook of his elbow, escorting me to the other side of the room. As we settled in for a drink the whispering began and soon the dancing had started.

“It was quite a shock to find that you had ordered new dress last week,” my brother said with a slight smile.

“Dear Brother I never did look good in washed out colors of pale pink and yellow,” I said with a small laugh.

“Who has the most enchanting laugh in the room?” asked a deep voice from behind my brother and I in the doorway to a side entrance to the house.

My brother whirled around faster than I and gathered the man in a bear hug that robbed the tall light man of breath.

I felt my eyes widen the slightest at the man who was still hugging my brother and exchanging words. He was taller than my brother, and not many were mind you, his golden white hair long and hanging down to mid back and over one shoulder in slight waves, his sage green eyes flashing with true joy, but that was not what caught my gaze. No, it was the three thick scars on his face and neck. Two started at the hair line and crossed over his left eyebrow and the other caught him and the temple and ran down past his neck line and hid under his collar. His beautiful Greek-god face now scarred.

But none of that mattered; he was still as beautiful as he once was when I saw him leave with my brother when I was eight years old, when they both went to sea of the King’s Navy.

“Hello Lord Brendan,” I greeted quietly from where I stood from their lefts.

He and my brother turned toward where I had been forgotten and his cheerful expression turned wary and slightly confused.

“Hello, how are you?” he returned politely, his face searching mine.

My brother slapped him on the back at his confused and startled greeting. “Do you not remember her, my friend?”

Lord Brendan colored slightly and apologized by saying, “No, I am sorry I do not remember. I haven’t been to London in these past eight years, I’m afraid.” He smiled suddenly at some idea, “Would you by chance be the lovely lady Lord Jackson is to marry?” he asked pointing at my brother.

My brother roared with laughter drawing some attention to our little group and grabbed my hand drawing me closer.

“By god, my friend, no! This is Little Darcee, my sister, remember?” Jackson told him with another round of laughter.

At Brendan surprised look I felt a bit cheated however I gave him my best curtsy and my most bedazzling grin. “I believed I already greeted you but I shall again. It is great to see you again, Lord Brendan.”

“Actually its, Your Grace,” he said stunned not noticing his own words.

“Grace?” I repeated to be sure.

He shook himself  and returned to his normal serious manner. “I have been given my grandfather’s title, the Duke of Windom, but I guess now that I can no longer be at sea it matters not.”

My brother grinned and patted him on the back. “Welcome back, it has been a good two years since I have seen you since the last battle.” Jackson winced at how the words turned out.

Brendan smiled tightly. “Yes, it has been. As you can see you came out much better than I. Not only my face, but my leg as well, ‘tis the reason I have a limp.”

His bitterness made me angry, but his next words did it.

“It would have been better that I had not come back. The wounds were hell and so was the healing, and now everyday life in public as well.”

Somehow my hand of its own accord reached up and smacked him clear across his good cheek with a loud crack. With tears shimmering in my eyes I whispered harshly, “Never wish you were dead!” Then I turned on them and went in search of a dance partner.

Brendan looked at his friend and saw Jackson’s jaw agape and then he slapped it shut and simply pressed his lips together. Some of the women around them had seen and tittered over it and then left at his glare. When gone he turned to his friend.

“Now would you explain that to me?” he asked astonished.

Jackson looked uncomfortable and pulled him over and out the door into the empty hallway. “She is sensitive about the subject of death. Mother, well she was unhappy and often wished she was well…no longer married to Father when he grew to work too much and never come home and Mother got her wish when Darcee was seven, then father when she was twelve. Father died of a broken heart and wished to die so he could be with our mother, he told this to Darcee many times, and he did. She hates self-pity.”

Jackson looked guilty, “I am sorry she hit you though, I really am. She used to worship the very ground you walked on as she grew up, before we left for the Navy. Maybe now she has grown up to see through that.”

A slight smile touched Brendan’s lips and he watched her move about the back floor with her newest partner. She floated around the floor like a goddess in red silk, drawing the eye. She was more the simply beautiful, she was enchanting. And he had a feeling he was in trouble and sinking fast just like his ship had.

He should never have looked into her pale violet eyes, for he was sure they held a dangerous magic. She was an enchanting fairy, unmatched by all. As the music came to an end he was already almost to her.

It turned out that against her brother’s thoughts the red dress had been what made her the talk of the town, no all talk was friendly as some of the older ladies saw the color red to be the color of fallen women, but then against they were mothers’ of the daughter I had stolen the attention of many of their men. There had been a gentlemen caller every day the past two weeks and no end of invite to parties, balls and picnic alike.

My brother was having a rather fun time of it, for he had made a list of the ones he think would suit best to his problem, and of course as he hurried to say, be a good husband for me. Lord Brendan we had not seen since that woeful night at the ball of the red dress.

He had reached my side as I was breathless from the last dance and he laid claim to my hand from Baron Black, and led me on to the floor where the next song had been a slow waltz. His limp was barely noticeable at first, his movements slow and sure, but it was not as if I had truly noticed, being swept up in his strong powerful arms, which were pure strength and muscle I could feel under his jacket. And my breath came short with every brush of his body against mine.

But as the song wore on his limp became worse and I could see his jaw tighten in pain.

“Please let us stop,” I begged of him, biting my lips, “I can see this pains you greatly.”

He had smiled a quick flash of a smile and said, “No more painful than letting you go.”

Taking him seriously I asked, brow furrowed, “Why would it be painful to let me go?”

He laughed softly and seemed shocked at it. “Because,” he said pale eyes flashing, “You are a beautiful young woman.”

It was my turn to laugh softly. “Thank you, but the true beauty was my mother. She had the face of an angel.”

His look changed to one of quiet seriousness. “And you have the face that could make one cry with envy.”