Read A Game of Groans: A Sonnet of Slush and Soot Online

A Game of Groans: A Sonnet of Slush and Soot 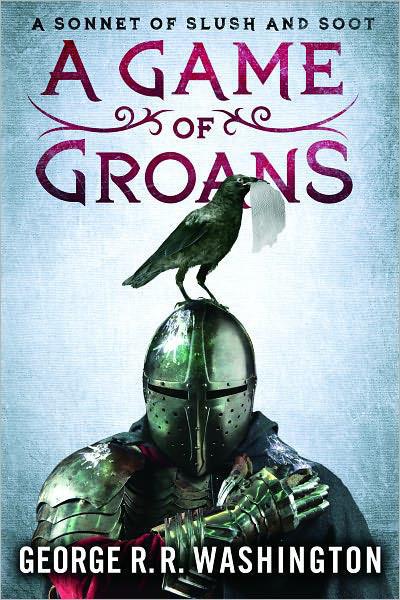 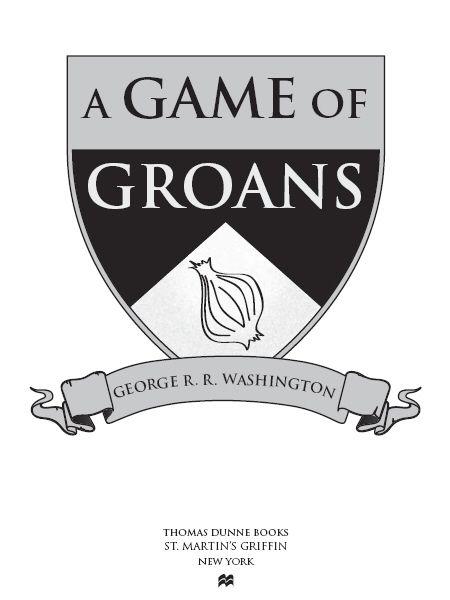 Prologue to the Prologue

PROLOGUE TO THE PROLOGUE

“Watch it with the wand, Specs,” breathed the tall man in black, rubbing the area on his backside where the boy in the round glasses had accidentally poked him.

The boy, who could not have been more than ten, yet spoke with the confidence of an eleven-year-old, grumbled, “
You
watch it,” then, under his breath, added, “Y’probably wouldn’t be so tough without that helmet, would you, mate?”

The man in black growled, “Speak up, young one. Can’t hear you,” then rapped his be-gloved knuckles on the side of his own head and noted, “The Death Star R&D department didn’t exactly do a bang-up job on the ear amplifiers.”

“The Death Star R&D department doesn’t exactly do a bang-up job on
anything
… especially the Death Star,” the boy pointed out. “I mean, how hard would it have been to make a retractable cover for the thermal exhaust port? Even Weasley could’ve figured that one out.”

“Is that right?” the man in black snorted. “Well, you tell this Weasley to come up with a budget that’ll cover uniforms and weapons for 251 stormtroopers
and
a retractable cover, then we’ll talk.”

“Both of you, please lower your voices,” monotoned the pointy-eared man in the skintight blue and black suit. “It is highly illogical to engage in this sort of heated discussion before we attempt this ambush … which is illogical enough to begin with.” Gesturing at the leafless trees, the muddy ground, and the snakes snaking around their ankles as if they were snakes, he claimed, “This is not a logical launching area. There are only five of
us
and this Lion, who represents Jesus Chryst—and you know he represents Jesus because
Lion
is capitalized—and we do not know how many of
them
. We are not ready for battle.”

A bearded man in a brown robe shook his head and sighed, “He is correct. We are not ready for battle. You have not
studied
. You are not
learned
. You have not absorbed the teachings of the F—”

The four other men, the golden android, and the Lion all groaned.

“The Force is foolishness,” the bespectacled boy complained. “You know it, and I know it, and everybody at Hogfarts knows it.”

“That’s right, mate, Hogfarts. Spelling Hogfarts with a ‘w’ could get us in trouble.”

The four other men, the golden android, and the Lion all groaned.

A noseless man with a shiny bald head snarled, “I concur with the boy. The
F
word is foolishness. I believe this is the first time the young magician and I agree on something.” He glared at the boy. “You are learning. And that is unfortunate for me.” Addressing the rest, he loudly added,
“That is unfortunate for us all!”

After the echo from the bald man’s cry dissipated, the man in black said, “Way to keep our location a secret, Lord Bigmouth.”

“This surprises you?” the droid asked. “His Lordship isn’t exactly known for his subtlety, is he?”

The pointy-eared man said, “Not to worry, robot. The acoustics here behind the Wall are such that we could sing the Vulcan Anthem at the top of our lungs without giving away our position to the Fraternity of the Swatch.”

“Know-it-all,” the man in black muttered.

The pointy-eared man grumbled, “I swear to Hephaestus, I will mind-meld you with an ant.”

The man in black glared through his helmet at the pointy-eared man and hissed, “Mind-meld me? Mind-meld
me
? Like that’ll ever happen. Set your phasers to
give me a break
.”

The boy pointed out, “I should point out that it’s impossible to mind-meld somebody who doesn’t have a brain.”

The bearded man raised his hands to the sky and groaned, “Others, Others, Others, please control yourselves. I feel a great disturbance among you. If we are to take what is rightfully ours, we must band together, or else…”

“Hold on a sec,” the man in black interjected. “Can we discuss this ‘Others’ business?”

“What is there to discuss?” the bearded man inquired.

The man in black sat down on the muddy ground—killing six snakes in the process—and stretched out his legs, then gestured at the Wall and asked, “Shouldn’t
they
be the Others? Why are
we
the Others?”

Shrugging, the bearded man explained, “Some chucklehead from House Barfonme named us the Others several Summers ago. It stuck.”

“Well, how about we
un
stick it?” Again gesturing to the Wall, he suggested, “How about we call
them
the Others. I bet they’d hate that.” Raising his voice, he yelled, “Hey, all you Swatch dummies! We’re no longer the Others. I decree that from now on,
you
are the Others! We’re the … the … the
Awesomes
!”

A belch-like sound drifted over the Wall. The droid asked the pointy-eared one, “Did you hear that?”

“Of course he did,” snarled the man in black. “What with those stupid triangles on the side of his head, the guy could probably hear a baby dragon taking a leak against the wall of House Barker.”

“Why don’t you go make an obscene phone call, you mouthbreathing psycho?”

Again, the bearded man lifted his arms to the sky and, pointing at the sun, kvetched. “Gentlemen, please, we’re losing the light. Can we get down to business? Maybe a weapons check?”

The pointy-eared man pinched together his thumb and index finger. “Check.”

The glasses-wearing boy twirled his wand between his fingers as if it were a miniature baton. “Check.”

The man in black shook his head at the droid and snarled, “Fan
tas
tic. That’ll have ’em quaking in their boots.”

The bald man pointed his finger at the glasses-wearer, who transformed into a pony, then back into a human. “Check.”

The Lion stuck his paw in front of his mouth, roared, smelled his breath, squinched up his face, and growled, “Check.”

The man in black removed a small cylinder from his pocket, pushed a button, nodded at the beam that leapt from his weapon, and said, “Check, double check, and triple check, bitches.”

The bearded one said, “Alright, Others…”

The Wall was melting.

It was not melting quickly by any means—Easterrabbit’s continental meteorological experts estimated it would take at least six Summers for there to be a significant loss of mass—but if, like Broheim Jarhead and Broheim Airhead, you were forced to guard the Wall day in and day out, night in and night out, you noticed.

The two sworn members of the Fraternity of the Swatch were sitting on the Earth’s muddy surface, legs crossed, eyes glazed. Jarhead passed Airhead a large green bottle, and belched, “This sure isn’t what my mother had planned for me.”

Airhead took a deep drink, then leered, “Probably not. But I have something planned for your mother.”

Jarhead sarcasticked, “Boy oh boy, I sure haven’t heard
that
one before from you.”

“Boy oh boy, your mother sure has,” Airhead retorted.

“Shut up and take a drink,” Jarhead commanded.

Back Story by Renee Pawlish
Midnight for Charlie Bone (Children Of The Red King, Book 1) by Jenny Nimmo
Ever After by McBride, Heather
Point of Knives by Melissa Scott
Cherished by Barbara Abercrombie
BIG SKY SECRETS 03: End Game by Roxanne Rustand
Confessions of a Wall Street Analyst by Reingold, Dan
Complicit by Nicci French
Above Rubies (Rockland Ranch) by Hawkes, Jaclyn
Ever After (The Christmas Cottage - Book 2) by Chase, Samantha
Our partner