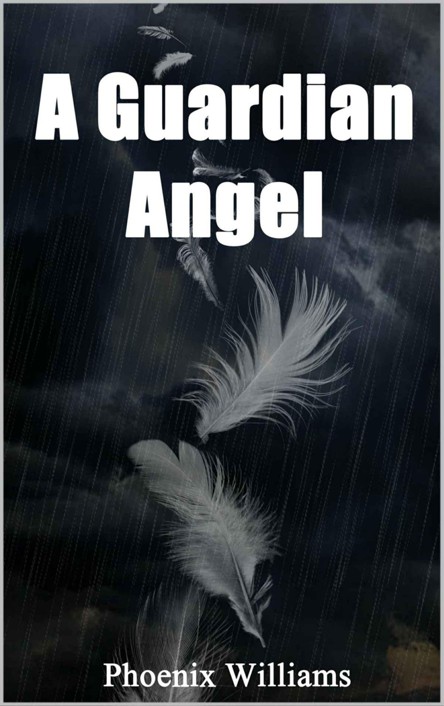 All
characters in this book are fictitious

and
any resemblance to actual people, living or dead

PART I – WHERE THE BLADE BALANCES

PART
III – KNIGHTS OF THE PROLETARIAT

26.
Knights of the Proletariat

WHERE
THE BLADE BALANCES

Andy couldn't
ignore the large fist that battered against his jaw. Andy kept his
hands moving toward their task rather than leaping up and rubbing the
center of throbbing pain over his mouth. Blood dribbled from his lax
lips as he tightened his fingers, folding them tighter over Marchel
Shivolinrid's throat. It was a beefy throat at that and needed Andy's
concentration were he to close it. His only desire was to prevent
further flow of air into the man's lungs. The defining task of his
trade.

Shivolinrid was by
no means a man of weak stature. He towered a full head above Andy and
swung with melon sized fists at his attacker. Another decent blow to
the side of Andy's head sent him tumbling off of the Siberian. The
situation dangled out of his control and he found himself in far more
danger than he preferred. The defining problem of his trade.

Porcelain stopped
Andy from hitting the floor. It cracked and made a sharp rattle which
the ringing in his ears drowned out in an instant. Despite the sheer
shock of pain and the graduating ebb of clarity and darkness in his
eyes, Andy rose on one knee. Shivolinrid got up now, grunting as he
tried to regain his breath.

Andy snapped to his
senses and charged his shoulder into the rising hulk, throwing him
off his balance and into one of the stall doors. It opened inwards
and Shivolinrid fell back through it, thrashing his arms out in front
of him in order to strike or grab at Andy. Most of the incoming
fingers were deflected, but two still grasped onto the attacker's
wrist and dragged him into the stall after the Siberian.

It would have been
another sharp meeting with porcelain if Andy's tuned reflexes didn't
send out his leg first. He stepped onto the rim of the toilet and
used his other leg to ram straight into the man's face. Too soft of a
blow. The gigantic man's resistance still gathered strength. Andy
kicked again, but Shivolinrid clutched onto the offending leg so he
could not retract it. Andy bit his lower lip to stifle a yelp as
sharp pain radiated from his calf.
The bastard!
He thought.
He's biting me!

He rammed
his knee into the biting Siberian's mouth, further and further. He
interpreted every crunch and every snap as a painful lesson that
Shivolinrid learned about biting others. The slobbery cloth of his
trousers muffled the screams coming from the large man.

As if hearing his
thoughts, Shivolinrid's internal fight-or-flight meter screamed
toward “Fight!” and his fists shot upwards into the
assailant's stomach and groin. With the increasing combat came
increasing volume. Noise worried Andy more than the violently
retaliating behemoth on the floor did.

Perspiring, Andy
looked to the door. Any second someone could come in and ruin
everything. There was no more time to waste. Deciding that the fight
endured longer than he liked, the customary fifteen seconds, he
retracted and rammed his knee into Shivolinrid's nose again, hopped
onto both feet, drew his silenced three-eighty auto and emptied the
chamber.

He looked up from
the body to the door of the restaurant. The music being played in the
lobby reached a brief pause in between songs. The clatters and clangs
of dishes and silverware bled its way through the space beneath the
door.

He tried his best
to prop up the corpse against the wall as he concealed his firearm.
He secured the stall door behind him, delaying the inevitable
detection of Shivolinrid's body. It wasn't the form itself that he
could conceal, just its lack of vitality.
Not that the Siberian
was a warm man,
thought Andy,
but he was hardly a candidate
for one now.

He dispatched him
in an ideal location, the assailant noted. As bad as it had gone, a
silver lining existed. He didn't have the time to over think it,
though. He had to act without hesitation. He snatched a paper towel
from the dispenser, covered his face, then burst out the door into
the restaurant.

“I've been
assaulted!” he wailed in Russian. “There's a thug in the
bathroom! He's in a rage!” He let one hand trail behind him as
an indication back toward the restroom.

The entire room
bustled with overconfident men excusing themselves from wide-eyed
women as a crowd assembled around the bathroom. From this crowd
peeled Andy, out of the restaurant and down the street.

He hesitated
before removing the paper towels clutched over his face. He couldn't
be sure he was far enough away. He winced as he peeled them off his
wounded features.

Andy had been in
the city for five days straight. Each and every day he waited for
long hours at a seat besides the window. He wore different outfits
each day, making sure no one noticed his continued presence. Until
the fifth day, Andy found himself in an uncomfortable cycle of acting
like he was completely oblivious while paying sharp attention to
everything around him. His target possessed only a name and a face.
He knew little about why his corpse was a valued product. He cared
little, as well. Andy meant only to produce as expected.

They had discovered
his body by now, he noted. He had no doubt. Someone must have gotten
too close, too curious as to why the large man “in a rage”
wasn't responding to him. Someone spotted the gunshot wound. It
wasn't a gory mess like most head shots, but there was a curious pool
of blood by now. Andy felt sorry for whoever truly discovered the
dead man in the bathroom.

All over the
restaurant, people were looking for him. “Do you see him? Do
you see the man who just came out?” they would ask each other.
“What did he look like?” one might ask back. The first
one would be stumped. “All I remember is paper towels,”
he'd say and shrug.

No one in this
country would know that Andy Winter killed Marchel Shivolinrid.

Andy sighed as he
tapped on a cut on his face and straightened out his tie. The walk
home was always the best part.

“Is that the
last one in St. Petersburg?” Andy asked as soon as he boarded
the small private aircraft with his employer and trusted staff. The
middle-aged man in the seat across from him gave a quiet chuckle
before nodding in reply.

“It's nice to
see you in such a good mood,” he said as he and Andy both
accepted thick, pungent bourbons from the on board stewardess. He
watched Andy drink. “How did you appreciate the
accommodations?”

Andy recalled the
lavish hotel at which he had stayed for the last five days. Large
platters of hand prepared entrees were brought up to him but he found
it difficult to touch after spending dozens of hours in a diner.
Instead, he packaged it and brought the leftovers with him. Most of
the food came in from international markets, Andy less than a fan of
Russian cuisine. The one thing he did consume locally was the vodka
from a distillery two miles from his hotel.

The sheets were
woven of fine, decorative thread and the blankets were thick and
soft. The beds were tucked and made for tourists to burrow up in and
forget exactly how cold the city was. One joke he'd always make to
his Russian-native housekeeper as she took the dirty sheets and
replaced them with clean ones was, “It's a good thing you
change your Lenins this often,” which he only made for his own
benefit. She couldn't speak English.

Along with the
rooming, his food and his transportation were complimentary. That
ended up being a godsend as no moment in St. Petersburg was enjoyable
to the warm-blooded American when spent outside. Nothing fancy, but
it didn't need to be. He was a hitman, not a celebrity. As long as he
was as warm as his employer wanted his gun to be, he was content.

The huge piles of
money accumulating in his bank account helped, as well.

“I find it
very interesting that people build up their lives, going in and out
of education to make some sort of decent pittance. To put a roof over
their head and feed their children and purchase whatever they imagine
happiness to be. All the while, I am compensated so well, performing
a task so simple that it is as old as Man himself.” With that,
Andy emptied his glass. It was filled again.

“Things did
not go so well with Marchel?” the man asked after taking a
drink from his own glass. He indicated Andy's healing wounds.

Andy felt them
himself. “I took over eighteen seconds,” he paused as he
observed his employer. “I thought the firearm wouldn't be
necessary, that I could make it look like a mugging--”

“It did look
like a mugging,” the elder man interrupted. “That's what
police reports say.”

“Still,
bullets leave questions,” Andy commented. “I could have
been better.”

“Stop
worrying,” his boss commanded in a warm voice. “Nothing
went wrong that can't be fixed.”