Read A Hellhound in Hollywood Online

A Hellhound in Hollywood 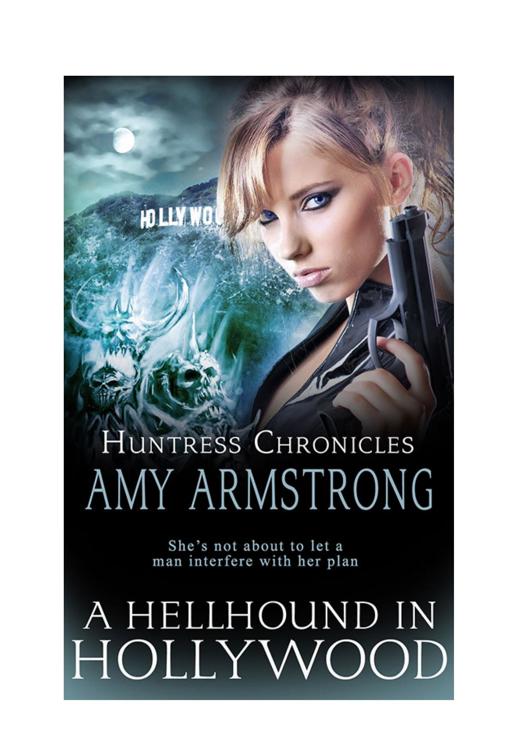 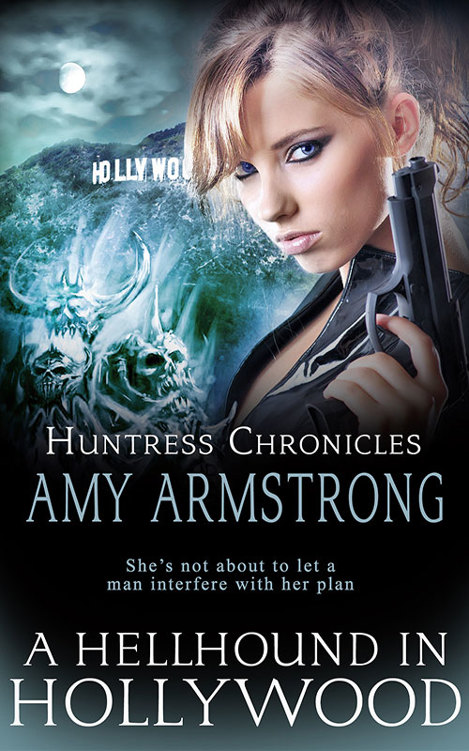 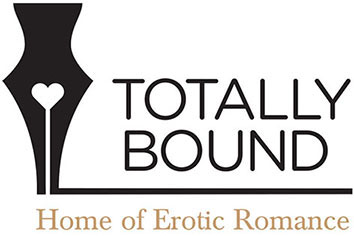 A Hellhound in Hollywood

Applications should be addressed in the first instance, in writing, to Totally Bound Publishing.

Unauthorized or restricted acts in relation to this publication may result in civil proceedings and/or criminal prosecution.

This book contains sexually explicit content which is only suitable for mature readers. This story has a heat rating of Totally Sizzling and a Sexometer of 1.

Vampire huntress Alana Day has always striven to be the best hunter she can be, but is the smooth-talking cowboy Tyler Braddock the man to teach her that there’s more to life?

When vampire huntress Alana Day is sent to Los Angeles to retrieve one of the lost grimoires, she expects the job to be as easy as every other. But while out hunting on her first night in the city, she is nearly killed by a savage hellhound. Smooth-talking cowboy and fellow hunter Taylor Braddock saves Alana’s life, and they decide to team up to locate the grimoire. Sparks fly between the pair from the moment they meet, but Alana has spent her life focusing on her job and trying to be the best hunter she can be. She’s not about to let a man interfere with that plan.

However, the more Alana gets to know Ty, the more she begins to realize that there’s more to life than hunting. Love is equally important to her, and maybe it doesn’t have to be either or.

Just as she warms to the idea of a future with Ty, their search for the grimoire grows more perilous. Soon they are fighting vampires, warlocks, hellhounds and a demon that would see them dead before handing over the grimoire. What’s the point of planning a future together when they might not have one?

This is for Teresa, a good friend and fellow darter who has been patiently waiting for future installments of this series. I hope you get as much enjoyment from reading it as I got from writing it.

I blew an unruly strand of curly brown hair out of my eyes, gripped my stake tighter then shoved it deep into the vampire’s chest. He’d been arrogant when he’d approached me.

Immortality gave the undead a sense of indestructibility, but anyone could kill them, if they knew how.

I’d been born to kill vampires. It came as naturally as breathing, and there wasn’t anything I’d rather do. Embedded in a hunter’s genes, the strength and speed required to hunt needed only to be honed, but the knowledge and skill came from our parents, secrets as old as civilization handed down from generation to generation. The privilege to be the latest in a long line of vampire hunters was one I never took for granted.

My parents had been renowned for their hunting abilities and even though they’d recently retired and had passed the baton to me and my younger brother, Jacob, they were still a force to be reckoned with. My mother, however, was in a class of her own and everyone knew it. I was proud to be the daughter of the best damn hunter in the United States, if not the world.

After I’d pulled the stake out of the vampire’s chest, his shoulders sagged and his body crumpled in on itself. He landed on his knees with a sickening crack. A little shove and he fell backward onto the asphalt, his eyes wide and unblinking. I scanned the alleyway, but I was alone with the creature. Few people would have been crazy enough to wander the streets of that neighborhood a few hours before dawn, when the moon was still high in the black, velvety night sky. That meant I had plenty of time to watch the vampire’s body degrade until nothing remained but a pile of dense ash, or I
would
have had enough time if I hadn’t heard the snarl that rent the air. A shiver of alarm ran down my spine.

I raised my stake then spun around, squinting into the darkness and trying to determine what in the hell had made that noise. It had sounded inhuman, yet it had been unlike anything I’d heard before—and I’d encountered my fair share of paranormal beings. The far end of the alleyway sat in darkness, but as my eyes adjusted to the lower light, I saw it standing there. It www.totallybound.com

was taller than your average dog and wider than any wolf or shape-shifter I knew of. Yet it was the creature’s eyes that were the most unusual thing about it. They shone a bright crimson, as if they mirrored the very fires of hell.

And it for damn sure felt like those eyes were trained on me.

Even though the night was balmy, a cold, dark and desolate feeling rushed over me.
Evil
.

That was the only word that could have described it. There was evil all around me. It hung so thick and heavy in the air that it clouded my vision. Everything around me blurred—

everything but those eyes, those fiery, blood-red eyes. The creature took a few steps toward me then broke into a run. Adrenaline flooded my system as terror gripped me in its clutches—

a stark, ugly sense of panic that I’d never experienced before. For a moment, I stood, paralyzed, but I didn’t consider staying to fight. I turned as soon as I was able to move and ran flat out.

Until the vampire’s body had fully degraded, it was evidence—incriminating evidence—

that could have helped reveal the paranormal world to humans, but I didn’t worry about that.

I couldn’t. In those few terrifying moments, all that mattered was getting as far away from that
thing
as I could. I didn’t stop to think about what I was doing, I just ran.

I’d never run away before.

I’d never even
considered
turning tail and running from a foe, but with only a stake for protection, the fight would have been over in seconds and my chances of being the victor would have been slim to none.

Even so, I
hated
that I ran.

My mother wouldn’t have run away. I believed that with absolute certainty. I doubted she had run from anything, ever. She was fearless. Caleb, my hunting partner of five years, didn’t have my mother’s skill, but he didn’t have a fearful bone in his body and he wouldn’t have run away, either. Caleb had never cared about the consequences of his actions. That was the reason I was alone in an alleyway in Los Angeles and he was back in New Mexico, recuperating in hospital.

Caleb had always jumped in feet first. I admired the fact that he was so passionate about hunting vampires, but his hot-headedness had gotten him into one too many scrapes. If he www.totallybound.com

continued on the same path, one day soon I was going to be in the market for a new partner and that would be a shame because I liked the one I had just fine.

I pushed my legs to work harder, move faster, but a quick peek over my shoulder told me the creature was gaining ground. I ran with everything I had and when I neared the end of the alleyway, I slowed to turn right and ran straight into a brick wall—or at least something that felt like a brick wall.

“Get behind me,” a low, gravelly voice instructed. “And hurry.”

I shook my head as I looked up from the huge, muscular chest I’d just collided with, but he was facing away from the street, and the alleyway was too dark for me to make out the features of the man’s face. The Stetson he wore didn’t help matters. The brim sat low, essentially covering his eyes, so I would have had difficulty seeing his face even in broad daylight.

“Going to kill us if you don’t hurry the hell up.”

I yelped when he grabbed me around the waist. In my surprise, I only barely registered his sexy Southern accent. He lifted me then spun me around, moving me out of his way. I didn’t have time to object to being manhandled, because from my new vantage point, I could see that the creature was nearly upon us.

“Here. Hold this.” Without turning away from the alleyway, the man thrust a gun in my direction.

Purely on reflex, I reached out and took the weapon, ignoring the thrum of excitement his commanding tone induced. My mouth hung open as I watched the stranger move with fluid grace, despite his enormous size. He flipped open a pouch on his belt, pulled a bottle out of it then put the top into his mouth. I watched in fascination as he spat the stopper on the ground, his focus never leaving the creature.

The beast screeched and just as it leaped into the air, coming straight at us, the man flicked his wrist. The liquid in the bottle flew out, hitting the creature slap-bang in the center of its head. A piercing scream left the beast’s lungs, then the creature hit the ground with a dull thud.

“Now we run,” the man said as he grabbed my arm and pulled me along behind him.

He had such a tight grip on me I had no choice but to follow, not that I would have stuck around for that thing to get on its feet again. We ran for a couple of blocks. I wasn’t from LA and had never hunted there before, so I wasn’t familiar with the streets. That meant this complete stranger could have been leading me anywhere. For all I knew, he might have had something to do with that thing back in the alley. He’d known exactly what to do to stop it, after all. As soon as the thought entered my mind, my steps faltered.

I tried to tug my arm out of his grasp.