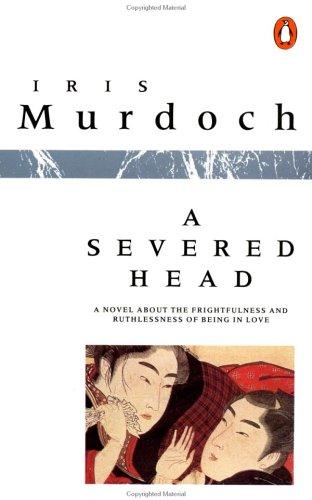 Georgie was silent for a moment and then said,
‘
Good.
’
That curt
‘
Good
’
was characteristic of her, typical of a toughness which had, to my mind, more to do with honesty than with ruthlessness. I liked the dry way in which she accepted our relationship. Only with a person so eminently sensible could I have deceived my wife.

We lay half embraced in front of Georgie
’
s gas fire. She reclined against my shoulder while I examined a tress of her dark hair, surprised again to find in it so many threads of a pure reddish gold. Her hair was as straight as a horse
’
s tail, almost as coarse, and very long. Georgie
’
s room was obscure now except for the light of the fire and a trio of red candles burning upon the mantelpiece. The candles, together with a few scraggy bits of holly dotted about at random, were as near as Georgie, whose
‘
effects
’
were always a little ramshackle, could get to Christmas decorations, yet the room had a glitter all the same as of some half descried treasure cavern. In front of the candles, as at an altar, stood one of my presents to her, a pair of Chinese incense holders in the form of little bronze warriors, who held aloft as spears the glowing sticks of incense. Their grey fumes drifted hazily to and fro until sent by the warmth of the candle flames to circle suddenly dervish-like upward to the darkness above. The room was heavy with a stifling smell of Kashmir poppy and sandalwood. Bright wrapping-paper from our exchange of presents lay all about, and pushed into a corner was the table which still bore the remains of our meal and the empty bottle of Château Sancy de Parabère 1955. I had been with Georgie since lunchtime. Outside the window and curtained away was the end of the cold raw misty London afternoon now turned to an evening which still contained in a kind of faintly luminous haze what had never, even at midday, really been daylight.

Georgie sighed and rolled over with her head in my lap. She was dressed now except for her shoes and stockings.
‘
When must you go?
’

Such remarks were as near as I ever got to feeling the sharper edge of her love. I could not have wished for a more tactful mistress.

‘
Antonia
’
s session ends at five,
’
I said.
‘
I should be back at Hereford Square soon after that. She always wants to discuss it. And we have a dinner engagement.
’
I lifted Georgie
’
s head a little and drew her hair forward, spreading it over her breasts. Rodin would have liked that.

‘
Fizzingly. She enjoys it disgracefully. Of course, it
’
s all for fun anyhow. She
’
s got a tremendous transference.
’

‘
Palmer Anderson,
’
said George, naming Antonia
’
s psychoanalyst, who was also a close friend of Antonia and myself.
‘
Yes, I can imagine becoming addicted to him. He has a clever face. I imagine he
’
s good at his trade.
’

‘
You sound rather carried away by him yourself!
”
said Georgie. She edged into a more comfortable position, her head in the crook of my knee.

‘
I can
’
t say exactly. Perhaps he has made me worry less about the rules!
’

‘
The rules!
’
Georgie laughed.
‘
Darling, surely you became indifferent to the rules long ago.
’

‘
If you think I don
’
t worry - but never mind. As for setting people free, I don
’
t trust these professional liberators. Anyone who is good at setting people free is also good at enslaving them, if we are to believe Plato. The trouble with you, Martin, is that you are always looking for a master.
’

I laughed.
‘
Now that I have a mistress I don
’
t want a master! But how did you come across Palmer? Oh, of course, through the sister.
’

‘
The sister,
’
said Georgie.
‘
Yes, the curious Honor Klein. I saw him at a party she gave for her pupils once. But she didn
’
t introduce him.
’

‘
Honor? You mean as an anthropologist? She
’
s quite well thought of in Cambridge. She never actually taught me, of course. Anyway, she was usually away visiting one of her savage tribes. She was supposed to organize and help me with my moral problems. God!
’

‘
She
’
s Palmer
’
s half-sister, isn
’
t she? How does it work? They seem to be several nationalities between them.
’

‘
I think this is it,
’
said Georgie.
‘
They share a Scottish mother who married Anderson first and then Klein when Anderson died.
’

‘
I know about Anderson. He was Danish-American, an architect or something. But what about the other father?
’

‘
Emmanuel Klein. You ought to know about him. He was not a bad classical scholar. A German Jew, of course.
’

‘
I knew he was a learned something-or-other,
’
I said.
‘
Palmer spoke of him once or twice. Interesting. He said he still had nightmares about his step-father. I suspect he
’
s a bit frightened of his sister too, though he never actually says so.
’

‘
I have just met her,
’
I said,
‘
though I can
’
t recall much about her. She just seemed the Female Don in person. Why do those women have to look like that?
’

She sat up abruptly and retrieved her hair and began very rapidly to plait it. She tossed the heavy plait back over her shoulder. Then she hitched up her skirt and some layers of stiff white petticoat and began to draw on a pair of peacock-blue stockings which I had given her. I loved to give Georgie outrageous things, absurd garments and gewgaws which I could not possibly have given Antonia, barbarous necklaces and velvet pants and purple underwear and black openwork tights, which drove me mad. I rose now and wandered about the room, watching her possessively as with a tense demure consciousness of my gaze she adjusted the lurid stockings.

Georgie
’
s room, a large untidy bed-sitting-room which looked out on to what was virtually an alleyway in the proximity of Covent Garden, was full of things which I had given her. I had for long, and vainly, waged a battle with Georgie
’
s relentless lack of taste. The numerous Italian prints, French paperweights, pieces of Derby, Worcester, Coleport, Spode, Copeland, and other bric-à-brac - for I hardly ever arrived without bringing something - lay about, for all my efforts, in a dusty hurly-burly more reminiscent of a junk shop than a civilized room. Georgie was, somehow, not designed by nature to possess things. Whereas when Antonia or I bought anything, which we constantly did, it found its place at once in the rich and highly integrated mosaic of our surroundings, Georgie seemed to have no such carapace. There was no one of her possessions which she would not, at the drop of a hat, have given away and not missed; and meanwhile her things lay about in a sort of impermanent jumble on which my continually renewed sortings and orderings seemed to have little effect. This characteristic of my beloved exasperated me, but since it was also a part, after all, of Georgie
’
s remarkable detachment and lack of worldly pretension, I admired it and loved it as well. It was, moreover, as I sometimes reflected, the very image and symbol of my relation to Georgie, my mode of possessing her, or more precisely the way in which I, as it were, failed to possess her. I possessed Antonia in a way not totally unlike the way in which I possessed the magnificent set of original prints by Audubon which adorned our staircase at home. I did not possess Georgie. Georgie was simply there.

When Georgie had finished with her stockings, she leaned back against the armchair and looked up at me. She had, with her dark heavy hair, rather light clear greyish-blue eyes. Her face was broad, strong rather than delicate, but her remarkably pale complexion had a finish of ivory. Her large somewhat upturned nose, her despair and my joy, which she was always contracting and stroking in a vain attempt to make it aquiline, now forgotten in repose, gave to her expression a certain attentive animal quality which softened the edge of her cleverness. Now in the incense-laden half-light, her face was full of curves and shadows. For some time we held each other
’
s gaze. This sort of quiet gazing, which was like a feeding of the heart, was something which I had not experienced with any other woman. Antonia and I had never looked at each other like that. Antonia would not have sustained such a steady gaze for so long: warm, possessive, and coquettish, she would not so have exposed herself.

‘
Not infinitely,
’
said Georgie.
‘
Let us be exact. Your love is a great but finite quantity.
’

We both knew what she referred to, but there were some topics which it was profitless to discuss, and this we both knew also. There was no question of my leaving my wife.