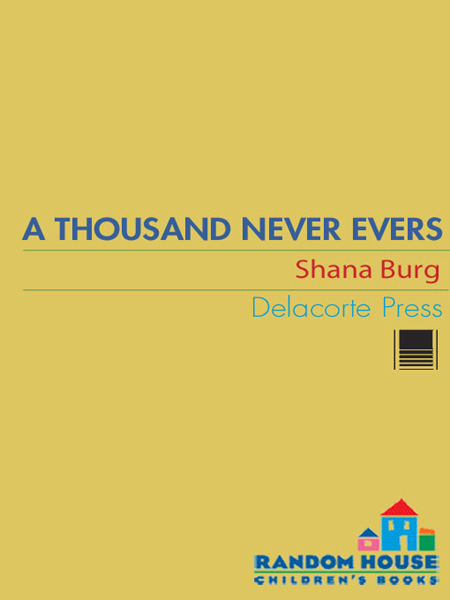 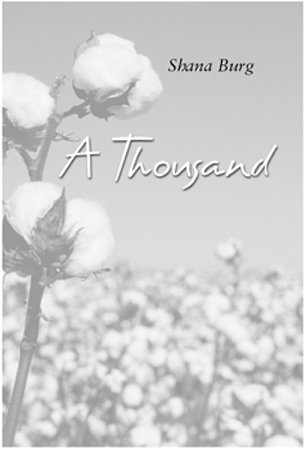 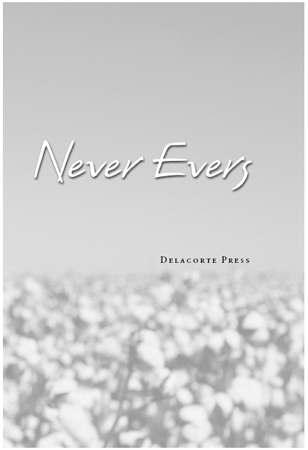 With buckets of love for my father,
Harvey Burg,
who teaches by example
that we’re all in this world together

The things that I don’t like I will try to change.

A NOTE TO READERS

Although I spent a whole school year in seventh grade, it’s the two minutes when my math teacher stepped out of class that I’ll remember for the rest of my life. In those two minutes, the boy who sat behind me took a thick black Magic Marker and drew a swastika on the cover of his math book. I knew that what he drew was a symbol of hatred toward Jewish people, and I had the feeling he knew too. To this day, I can still hear everyone’s giddy laughter as he opened the third-floor window and hurled the math book out with disgust. Being Jewish, I felt my heart fall right down to the ground with that book.

Looking back, I’m not surprised it was during seventh grade that I began to ask my father all kinds of questions about his work in the civil rights movement—a movement in our nation to gain equal rights for citizens of all backgrounds, especially African Americans.

Even though my parents are not African American, they wanted to help combat the racism they felt was unjust. It was the 1960s, and my parents believed that in the United States, all Americans deserved the right to vote for their leaders, attend good schools, and go to whichever public parks or public swimming pools they liked best. So my parents moved from New York to Alabama, the heart of the civil rights movement. My dad joined a law firm there. One case at a time, the lawyers in the firm fought so that African Americans could have the same rights as all Americans.

My father told me that although the institution of slavery had ended with the Civil War in 1865, discrimination against Americans of African descent continued in countless ways. Leaders in many states throughout the country actually passed laws to ensure the segregation of white people from African Americans and other people of color. These laws were called Jim Crow laws.

Dad said that according to the Jim Crow laws, African American children were not allowed to go to the same schools as white children. They had to go to older, smaller, more crowded schools with fewer books and desks. And even if there was a school right near their house, they often had to walk for miles to get to the Negro school because the school buses were only for white children. Under the Jim Crow laws, African American children and adults weren’t allowed to eat in the same restaurants, use the same restrooms, or sleep in the same hotels as white people.

In addition, racist officials often prevented African Americans from voting by giving them unfair tests and making them pay poll taxes they could not afford. Sometimes African Americans who tried to register to vote were beaten up or fired from their jobs.

My father told me that even in some of the states that didn’t pass Jim Crow laws, white people still treated African Americans poorly when they tried to get good work, live in decent houses, and attend good schools.

Then he played me a cassette tape of an interview with the Imperial Wizard of a group called the Ku Klux Klan. This group of white people hid behind masks and robes and terrorized African Americans, as well as Catholics, Jews, and homosexuals. Much to my surprise, Dad said it wasn’t just Klansmen who participated in atrocious acts like burning churches and torturing and murdering people different from themselves. Lots of people, including government officials like mayors, governors, and sheriffs, permitted these terrible events to take place.

In response to all this injustice, African Americans organized themselves into what was called the civil rights movement. They moved together to fight racism and demand equal treatment as citizens of the United States of America. And believe it or not, even though so many activists were threatened, beaten, and killed, for the most part they didn’t fight with weapons. Instead they used their minds, words, courage, and nonviolent resistance. They bonded together in groups. And they really started to make progress in the 1950s and 1960s when they boycotted shops that didn’t treat them fairly, refused to sit at the back of public buses, marched against racial injustice, integrated schools, and registered as many African American voters as they could.

I remember asking my father why he wanted to work for the civil rights movement in the first place. He told me, “It’s because I am a Jew.” He said, “What happens to one minority group affects us all. There’s no place in my America for discrimination because of skin color, religion, or whether you’re a girl or boy.”

If you believe, as I do, that ninety percent of writing is thinking, then you could say I started writing this book back in seventh-grade math class. I was supposed to be concentrating on negative numbers and equations but was thinking about prejudice and equal rights instead.

After all the thinking I did back in seventh grade, I finished writing the book once I was grown up. As part of my research, I interviewed many interesting people: children and adults who grew up in the Mississippi Delta, vegetable farmers, a hat maker, and an expert on the black modeling industry. I read old newspapers and magazines from the 1960s when my characters lived. I hired my former middle school students to be my first editors. And, oh yes, I also baked butter bean cookies.

A Thousand Never Evers
is historical fiction. That means that while I made up most of the story, I also included many facts about where and when it takes place. Although most of the characters you will read about are fictional, Medgar Evers, Emmett Till, and the four girls who died when their church was bombed were very real individuals whose lives and deaths motivated civil rights workers to keep fighting for equality.

The Day Human King by B. Kristin McMichael
Twister: Party Games, Book 3 by Lexxie Couper
The Big Necessity by Rose George
How To Succeed in Evil by Patrick E. McLean
The Voyage of Lucy P. Simmons by Barbara Mariconda
Petty Magic by Camille Deangelis
West of the Moon by Margi Preus
La Superba by Ilja Leonard Pfeijffer
Eve Dallas 02 - Glory in Death by J.D. Robb
Danger Point by Wentworth, Patricia
Our partner