Wimpy too lived out with his wife. Estelle and I attended the christening of their first baby, a boy. It took place in the chapel at Wittering, with many washings of the baby’s head in the mess after the ceremony. We had many adventures together, both in the air and on the ground. Wittering as you probably know is on the edge of the Burghley estate and the area around, at that time, abounded with game. The odd pheasant or partridge was a welcome addition to wartime rations. On one occasion Wimpy and I were driving in his staff car in a lane just outside the boundary and we already had a useful haul when we were caught by one of the gamekeepers. He had to jump for his life when Wimpy took no notice and just kept going. The episode with the sailing boat has already been mentioned in the Charnock story. I could go on for ages about Wimpy, he was a real larger than life character. In May 1949 he set a speed record between London and Paris in the Hawker P1052. On 3rd April 1951 he was killed while test flying the Hawker p1081, the swept wing fighter, when it crashed near Lewes in Sussex. His end when testing the first Hawker Hunter was very sad but almost inevitable. Our orderly room Corporal, WAAF Peggy Snashall, became Wimpy’s secretary when he worked at Hawkers.

W/Cdr E.S. ‘Hawkeye Billy’ Wells
. At the time I met him he was the CO of 485 Sqdn. at Kenley, at the same time that his fellow New Zealander, Al Deere was C/O of 602 Sqdn. I flew on many of the shows in which he was involved.

G/Cpt. Allan Wright
. Our CO in AFDU, at Wittering and Tangmere, 1944–45. Although already a veteran of much fighting, Alan looked like a shy schoolboy. He retired as a Group Captain in 1967 and lived near Holsworthy in Devon. He featured in a number of television programmes, one of which was Tony Robinson’s
Time Team
. His October 1940 recommendation for the DFC read: ‘One night in August 1940, this officer displayed great determination and skill in destroying a Heinkel 111, under difficult conditions. Pilot Officer Wright has consistently shown a keen desire to engage the enemy on all occasions. He has brought down a total of four enemy aircraft and has badly damaged four more.’

After Len Thorne died on 6th June 2008, we received many letters and cards from his friends and connections in the RAF and Spitfire societies. Here are four. 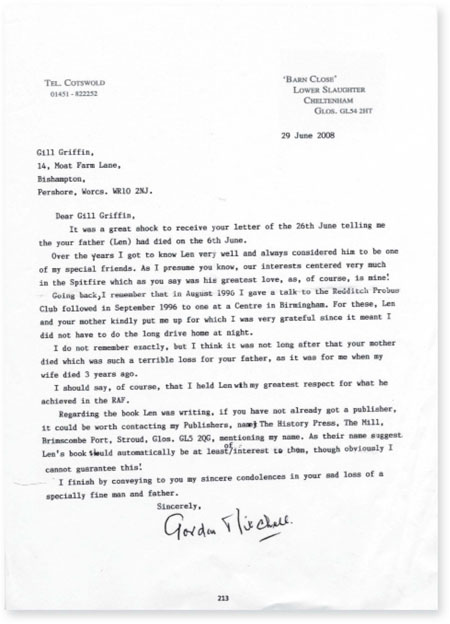 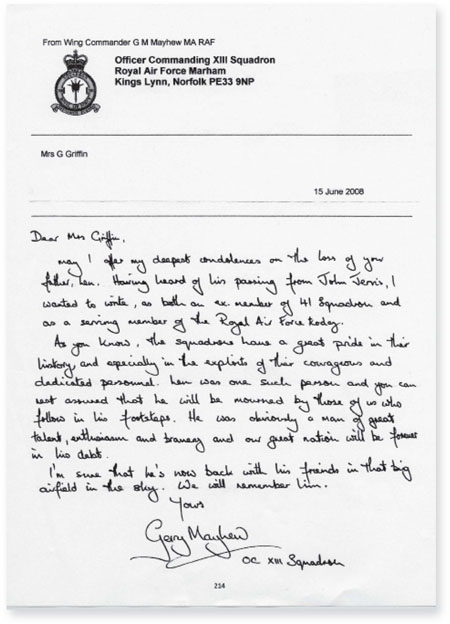 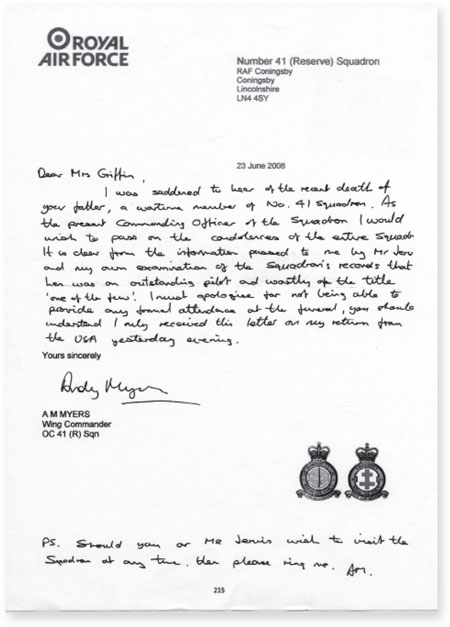 The right of H. Leonard Thorne, to be identified as the Author of this work has been asserted in accordance with the Copyright, Designs and Patents Act 1988. 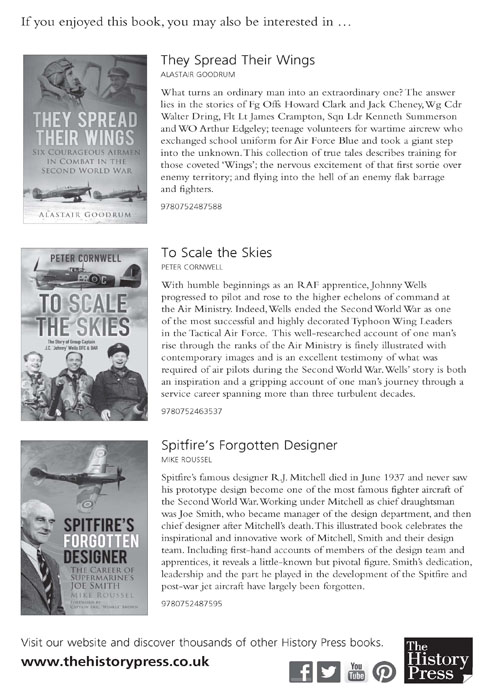 Devoured by D. E. Meredith
All Quiet on Arrival by Graham Ison
Heirs of Earth by Sean Williams, Shane Dix
Scribbling the Cat: Travels With an African Soldier by Alexandra Fuller
Tattoo My Heart (Heroes of Seaside Point, Book 1) by Dymond, Mia
Addicted To Him (Man Season) by McClung, Mila
The Hero and the Crown by Robin McKinley
Cult of the Hexad (Afterlife saga Book 6) by Stephanie Hudson
Alien Hunter: Underworld by Whitley Strieber
Must Love Ghosts (Banshee Creek Book 1) by Gonzalez, Ani
Our partner