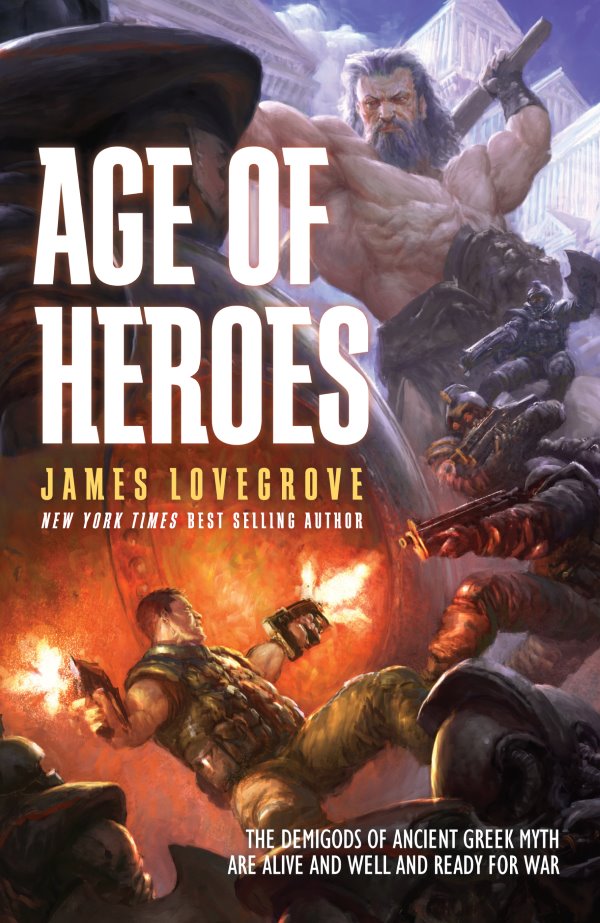 Praise for the
Pantheon
series:

“A love poem to both comic books and the Hindu faith. As always, Lovegrove’s style is easy going and draws you in quickly... One of the best series in urban fantasy available today.”

–
Starburst Magazine
on
Age of Shiva

“Lovegrove is the as-yet-undisputed King of the Godpunk Throne... Action-packed, engaging, well-paced and with a great concept, it’s probably the best introduction to Lovegrove’s works to date.”

–
Strange Currencies
on
Age of Shiva

“Lovegrove has very much made ‘godpunk’ his own thing... Another great example of Lovegrove’s skills as a writer of intelligent, fast-paced action adventure stories. The fact that he is equally adept at writing novellas as full-length novels is a very pleasant surprise; I hope he returns to the form soon.”

“This is smooth, addictive and an amazing ride. If you scratch the surface of the writing, there is plenty of depth and subtext, but it’s the fun of having spies fighting monsters that will keep you enthralled throughout.”

–
Starburst Magazine
on
Age of Voodoo

“A fast-paced, thrill-filled ride... There’s dry humour, extreme gore, tension and large amounts of testosterone flooding off the page – and a final confrontation that leaves you with a wry smile.”

–
Sci-Fi Bulletin
on
Age of Voodoo

“5 out of 5. I finished it in less than three hours, yet have pondered the revelations found within for days afterwards and plan to reread it soon.”

–
Geek Syndicate
on
Age of Aztec

“Higher on action and violence than Lovegrove’s previous books, the novel still manages to portray convincingly the psychology of its two antiheroes, and paint a vivid picture of Aztec lore.”

–
The Guardian
on
Age of Aztec

“Lovegrove is vigorously carving out a godpunk subgenre – rebellious underdog humans battling an outmoded belief system. Guns help a bit, but the real weapon is free will.”

–
Pornokitsch
on
The Age of Odin

“I can totally see why
The Age of Odin
made it onto the
New York Times
Bestseller’s List; I wouldn’t be surprised if you saw it on the big screen in a few years from now.”

–
Graeme’s Fantasy Book Review
on
The Age of Odin

“A compulsive, breakneck read by a master of the craft, with stunning action sequences and acute character observations. This is the kind of complex, action-oriented SF Dan Brown would write if Dan Brown could write.”

– Eric Brown,
The Guardian
on
The Age of Zeus

“The action is just unbelievably good.”

–
The Fantasy Book Critic
on
The Age of Zeus

“Mr. Lovegrove is one of the best writers out there... Highly, highly recommended.”

–
The Fantasy Book Critic
on
The Age of Ra

“Lovegrove’s bluntness about the gods’ Jerry Springer-like repugnance refreshingly reflects the myths as they must appear to modern eyes.”

–
Strange Horizons Magazine
on
The Age of Ra

“One of the UK SF scene’s most interesting, challenging and adventurous authors.”

– Saxon Bullock
, SFX
on
The Age of Ra

The Age of Odin
•
Age of Aztec

Age of Voodoo
•
Age of Godpunk

How The Other Half Lives
•
Gig

Age Of Anansi
•
Age of Satan
•
Age of Gaia

The Stuff of Nightmares
•
Gods of War

Wings
•
The House of Lazarus

The 5 Lords Of Pain Series

The Lord Of Fire

The Fledging Of Az Gabrielson

Pirates Of The Relentless Desert

Darkening For A Fall
•
Empire Of Chaos

A
HOARSE SHOUT
brought Holger Badenhorst from his tent, where he had been treating himself to some alone time with the internet and a box of tissues. As he stepped out into the saffron glare of a desert sunrise, he checked to make sure his shorts were zipped up. He was thinking – hoping – that the shout had been a yelp of triumph. The labourers had finished clearing the way to the third door at last, and someone was keen to bring him the news.

When he saw the face of the man running downhill to the campsite, however, Badenhorst adjusted his expectations. It was Ehmetjan Kadeer, the only member of the workforce who had any English and who was therefore, by default, foreman – or at least go-between, Badenhorst’s conduit to the others – and he was not ecstatic. He looked panicked, horror-struck. There was blood on him, too. A lot of it, streaking his hands and smearing his shirtfront in bloom-shaped patches like grisly tie-dye. So much blood that it couldn’t have been his own.

The fact that it wasn’t Kadeer himself who had been injured came as some relief to Badenhorst. He relied on the man. He even, in as much as he could a non-white, liked him.

Kadeer skidded to a halt in the sand in front of the tent. He was panting hard.

“What is it?” said Badenhorst. “Whose blood is that? What’s happened?”

Kadeer beckoned. “Come see. You must, sir. You must come see.”

B
ADENHORST FOLLOWED
K
ADEER
upslope, the pair of them toiling through shin-deep sand against a steep gradient. Badenhorst, pushing fifty, had at least twenty years on Kadeer, who was wiry and fit. Yet he had no trouble keeping pace with him. Toughness and stamina had been bred into him from birth. He had grown up on a kraal some two hundred kilometres west of Johannesburg, on the fringes of the Kalahari, with three older brothers and a widowed father whom a lifetime of farming had hardened to a sinewy tightness, and who prized the body far above the mind. Young Holger had learned from an early age that indolence was not an option. If his bullying brothers hadn’t taught him that lesson, his father – free and easy with his belt, especially if he had been drinking – had. You got up, got going, stayed active all day, did your chores, rounded up the cattle, mended the fences, drove into town for supplies, whatever you were told to, and you didn’t slack, didn’t give up, didn’t complain, not ever, not if you knew what was good for you.

Bananas Foster and a Dead Mobster by A Gardner
The Trials of Hercules by Tammie Painter
A Cup of Normal by Devon Monk
The Renegades by T. Jefferson Parker
Made For Sex by Joan Elizabeth Lloyd
Baby V (Chianti Kisses #1) by Tara Oakes
A Message for Julia by Angel Smits
The PuppetMaster by MacNair, Andrew L.
The Serpent's Curse by Tony Abbott
The Life and Times of Richard III by Anthony Cheetham
Our partner