Read All Due Respect Issue #2 Online

All Due Respect Issue #2 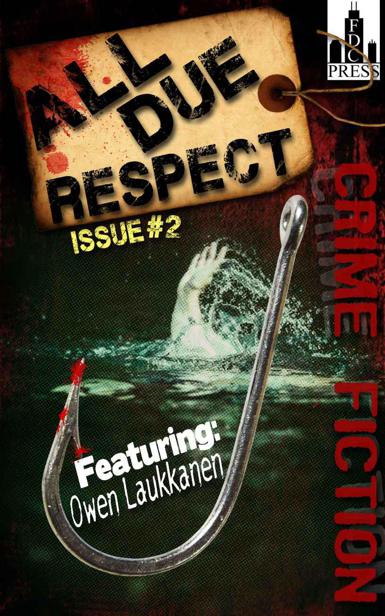 All Due Respect
Issue No. 2

You hear whispers Earl used to be a captain. Had a bit of a problem. Smoked a little too much green in the wheelhouse, ran his boat on the beach. Failed a drug test, lost the boat. Moved back to the city.

You hear Earl got in with a group of motorcycle enthusiasts, the Devil Dogs. You hear he sold a little weed for them. One night in a bar overlooking the harbor, you hear Earl got sick of selling, bilked the biker boys of their money. Took eighty-two grand and hit the road, Jack.

You hear Earl lived it large for a while. Moved inland, bought a Corvette, found a pretty young girlfriend. You hear the Devil Dogs tracked him down. You hear that Corvette got burned. You hear that girlfriend skipped town on the back of a Harley-Davidson.

You hear Earl hit the road in the other direction.

They say he ducked out in the dead of the night. Beat the Devil Dogs and their baseball bats by about forty-five minutes. Their knives and their guns. They say Earl started running, and he hasn’t stopped since. Hopped this boat in Port Hardy, at the top of the island. Figures the Devil Dogs can’t hurt him a hundred miles out at sea.