Read All the Time in the World Online 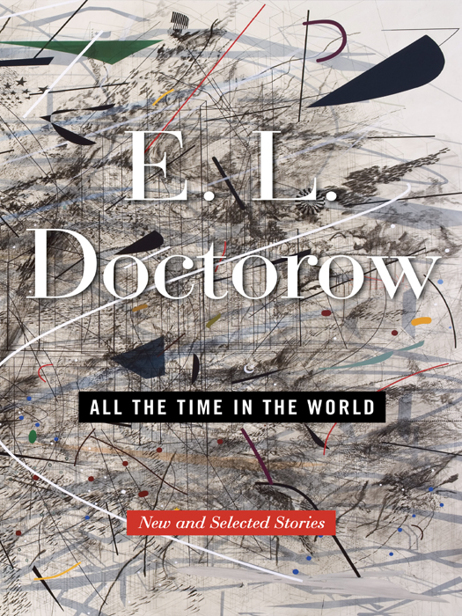 All the Time in the World
is a work of fiction. Names, characters, places, and incidents are the products of the author’s imagination or are used fictitiously. Any resemblance to actual events, locales, or persons, living or dead, is entirely coincidental.

Original publication information for the stories that appear in this work can be found on
this page
.

A
NOVEL MAY BEGIN IN YOUR MIND AS AN EVOCATIVE IMAGE
, a bit of conversation, a piece of music, an incident you’ve read about in someone’s life, a presiding anger, but in any case as something that proposes a meaningful world. And so the act of writing is in the nature of an exploration. You write to find out what you’re writing. And as you work, the sentences become generative, the book foretold in that image, that fragment of conversation, begins to emerge and itself participates in its composition, telling you what it is and how it must be realized.

A story, by contrast, usually comes to you as a situation, with the characters and setting irrevocably attached to it. Stories are assertive, they are self-announcing, their voice and circumstances decided and immutable. It is not a matter of finding your way to them; they’ve arrived unbidden, and more or less whole, with a demand that you put everything else aside and write them down before they fade as dreams fade.

Each form of fiction comes with its own satisfactions—in the case of the story, the heft of the sentences when there are so few, the quick return of an aesthetic investment.

As I’ve assembled the stories for this volume, I see that there is no Winesburg here to be mined for its humanity. These are wide-ranging pieces, they are set all over America from New York City to suburbia, to the South and Midwest and far West. One takes place in Europe and one in no place that can finally be recognized. I am not sure that stories collected in a volume have to have a common mark, or tracer, to relate them to one another. But if these pieces are not unified by their geography and if they move about in time as they do from the late nineteenth century to a moment in the future, and if they are voiced as testimonies, or are given to authorial omniscience, or more deviously sounded in what is known as the indirect free style, what may unify them is the thematic segregation of their protagonists. The scale of a story causes it to home in on people who, for one reason or another, are distinct from their surroundings—people in some sort of contest with the prevailing world.

These stories have been written over the course of many years. I find each of them having its own particular light, though I don’t expect that light to be visible to the reader. I may only be projecting my state of mind at the time of their composition or attributing to them the light of wherever I happened to be when I set them down. But I have banded the stories in packets of similar mental light—a principle of order no more arbitrary than any other.

A House on the Plains

The Writer in the Family 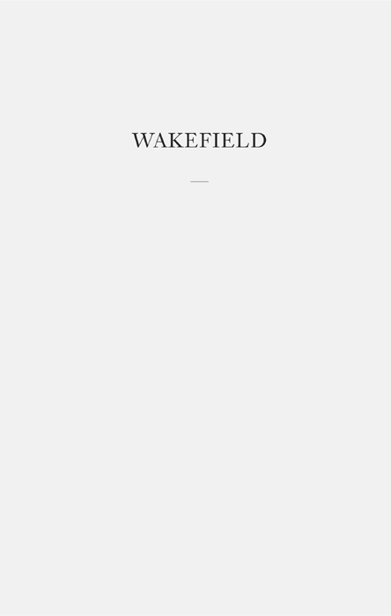 P
EOPLE WILL SAY THAT I LEFT MY WIFE AND I SUPPOSE, AS A FACTUAL
matter, I did, but where was the intentionality? I had no thought of deserting her. It was a series of odd circumstances that put me in the garage attic with all the junk furniture and the raccoon droppings—which is how I began to leave her, all unknowing, of course—whereas I could have walked in the door as I had done every evening after work in the fourteen years and two children of our marriage. Diana would think of her last sight of me, that same morning, when she pulled up to the station and slammed on the brakes, and I got out of the car and, before closing the door, leaned in with a cryptic smile to say good-bye—she would think that I had left her from that moment. In fact, I was ready to let bygones be bygones and, in another fact, I came home the very same evening with every expectation of entering the house that I, we, had bought for the raising of our children. And, to be absolutely honest, I remember I was feeling that kind of blood stir you get in anticipation of sex, because marital arguments had that effect on me.

Of course, the deep change of heart can come over anyone, and I don’t see why, like everything else, it wouldn’t be in character. After having lived dutifully by the rules, couldn’t a man shaken out of his routine and distracted by a noise in his backyard veer away from one door and into another as the first step in the transformation of his life? And look what I was transformed into—hardly something to satisfy a judgment of normal male perfidy.

I will say here that at this moment I love Diana more truthfully than ever in our lives together, including the day of our wedding, when she was so incredibly beautiful in white lace with the sun coming down through the stained glass and setting a rainbow choker on her throat.

On the particular evening I speak of—this thing with the 5:38, when the last car, where I happened to be sitting, did not move off with the rest of the train? Even given the sorry state of the railroads in this country, tell me when that has happened. Every seat taken, and we sat there in the sudden dark and turned to one another for an explanation, as the rest of the train disappeared into the tunnel. It was the bare, fluorescent-lit concrete platform outside that added to the suggestion of imprisonment. Someone laughed, but in a moment several passengers were up and banging on the doors and windows until a man in a uniform came down the ramp and peered in at us with his hands cupped at his temples.

And then when I do get home, an hour and a half later, I am nearly blinded by the headlights of all the SUVs and taxis waiting at the station: under an unnaturally black sky is this lateral plane of illumination, because, as it turns out, we have a power outage in town.

Well, it was an entirely unrelated mishap. I knew that, but when you’re tired after a long day and trying to get home there’s a kind of Doppler effect in the mind, and you think that these disconnects are the trajectory of a collapsing civilization.

I set out on my walk home. Once the procession of commuter pickups with their flaring headlights had passed, everything was silent and dark—the groomed shops on the main street, the courthouse, the gas stations trimmed with hedges, the Gothic prep school behind the lake. Then I was out of the town center and walking the winding residential streets. My neighborhood was an old section of town, the houses large, mostly Victorian, with
dormers and wraparound porches and separate garages that had once been stables. Each house was set off on a knoll or well back from the street, with stands of lean trees dividing the properties—just the sort of old establishment solidity that suited me. But now the entire neighborhood seemed to brim with an exaggerated presence. I was conscious of the arbitrariness of place. Why here rather than somewhere else? A very unsettling, disoriented feeling.

A flickering candle or the bobbing beam of a flashlight in each window made me think of homes as supplying families with the means of living furtive lives. There was no moon, and under the low cloud cover a brisk unseasonable wind ruffled the old Norwegian maples that lined the street and dropped a fine rain of spring buds on my shoulders and in my hair. I felt this shower as a kind of derision.