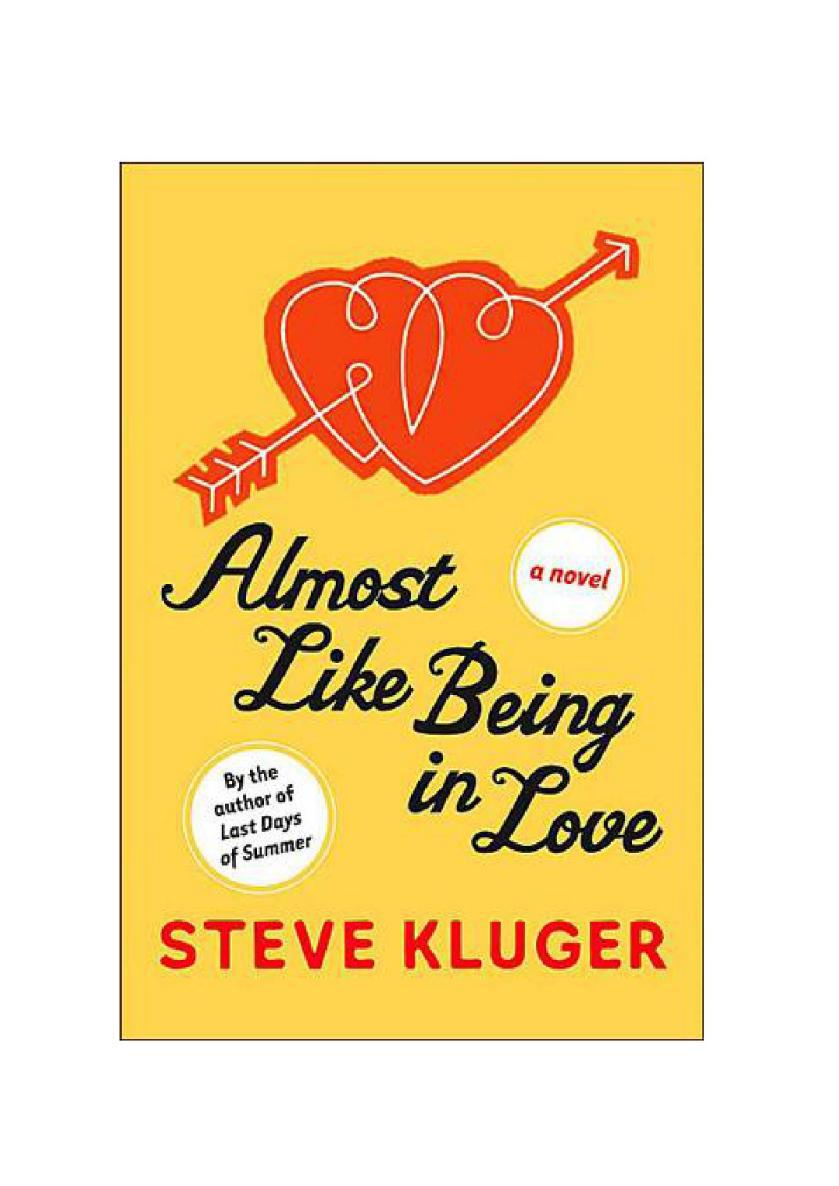 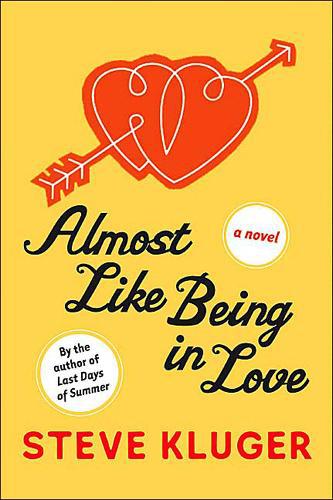 What a day this has been,

What a rare mood I’m in…

All-star quarterback and shortstop Craig McKenna has been awarded Beckley’s Victory Cup as the year’s most outstanding athlete, in the first unanimous vote since the Cup was instituted in 1943. Leading the Black-and-Grey to a 10–0 gridiron record in the fall, and with an unassailable eleven-game hitting streak in the spring, McKenna will be presented with the Cup at commencement exercises next month—a fitting farewell as he departs for Harvard and law school in September. Way to go, Craigo!

Three weeks ahead of the curve, Travis Puckett is the first to submit his completed Senior Project to Mr. Naylor and the English Department.

Puckett—this year’s Sheet Monitor in the dorm’s laundry room—has titled his thesis, “Put the Blame on Mame.” In it, he examines the purported ties between Patrick Dennis’ fictional aunt and the Marxist-Leninist dogma of the late 1940s. “Auntie Mame was a despot,” he insists. “The House Un-American Activities Committee would have had her shot on sight.” If you say so, Trav.

This year’s spring play, produced by Beckley’s boys and Mary Immaculate’s girls, will be Lerner & Loewe’s timeless and ever-popular classic, Brigadoon. Under the capable direction of art teacher Pauline Hawkins, the musical will run for three performances during the weekend before commencement. Though the leads have already been cast 'sorry, guys(, Mrs. Hawkins advises this reporter that “we still need a stage crew.” Those willing to volunteer should do so immediately. All others will be drafted.

(Note to Mr. Naylor: I’m pretending it’s being written for the Village Voice,
so there may be some profane words in it. But not alot.)
A legend has left us—buried beneath the epitaph he long ago chose for himself: CRAIG McKENNA, LAID AT 15. And who among us can forget the many things he was?

A world-famous Jets quarterback who threw a 98-yard pass during sudden death in Super Bowl XVI. Namath shit a brick.

A world-famous Red Sox slugger who single-handedly brought the World Series title back to Boston for the first time since 1918.

A world-famous attorney who wasn’t afraid to go after pain-in-the-ass defendants like U.S. Steel, the Mafia, and France.

And finally a world-famous gigolo who left a string of broken-hearted heiresses strewn across four continents.

He will be missed.

Yeah, right. The one time I accidentally said “hell” in front of Naylor, he threw up on Othello.

The way I’ve got it figured, there’s three ways I can pull this off—and one’s only a maybe.

1. Bite the bullet, see if it flies, and hope that Harvard’s not allowed to take back an admissions certificate even if I flunk English at zero hour.

2. Sweet-talk Kerry Fusaro, Tom Lee, or Mike Scherago into making changes, but don’t hold your breath. Everybody knows that jocks can’t handle words with more than one syllable in them.

Even with the blue Van Heusen shirts he’s smart, teachers like him, and he was the only one of us who volunteered for Brigadoon without getting threatened first. Come to think of it, he also hasn’t said Word One to me in four years, even when we pass each other in the hall.

Maybe I called him something slimy in ninth grade back in the days when I was still an asshole. Or maybe he just doesn’t like me.

(How is that possible?)

Stick with Number 2. You’re better off with a buddy who can’t spell than an enemy who can.

--- Call St. Louis and tell Dad about the Victory Cup. Then ask him for a new car.

WHO’S WHO IN AMERICA

TRAVIS PUCKETT (Broadway Star) first rose to national prominence in 1981 while attending a revival of My Fair Lady at the Mark Hellinger Theatre, where the legendary musical had premiered twenty-five years earlier and run for 2,717 performances. During the first act, Rex Harrison suffered a heart attack and was rushed to Roosevelt Hospital (where he survived), nearly causing the cancellation of the entire performance as the understudy had been killed earlier that morning in a fatal car accident. However, Puckett—who was seated in the third row and who’d had the entire show committed to memory since his sixth birthday—volunteered his services and was rushed into costume backstage. What resulted was a performance that brought a stunned audience to its feet and earned him a special Tony Award the following spring as the youngest Henry Higgins in the history of musical comedy.

Born in Baltimore in 1960, Puckett went on to star on Broadway with some of the Great White Way’s most glamorous leading ladies: Julie Andrews, Eydie Gormé, Barbra Streisand, and Bernadette Peters (who bore him his only child).

At the time of his death, he owned the world’s largest collection of original cast recordings, including Ethel Merman in Happy Hunting.

What I don’t understand is how come I got seven thousand chromosomes that make me smart and not a single one that makes me cool. Who would it have hurt? Even at the entry level. It’s not like I would have expected to be one of the gods.

Billy Joel—with the red jacket and the mike.

Rosa Parks telling the bus driver to kiss her ass.

I Wanna Hold Your Hand.

But no. I get stuck with the Lucille-Ball-in-Wildcat gene.

Craig McKenna spoke to me. Golden Boy. Mr. Jockstrap. I’m not even sure how it happened. One minute there was this ladder and I was changing a gel on the MacConnachy Square set, and the next thing I knew I was falling backward through the air just in time for Craig to say

“Whoa, there” before he caught me. Then he asked me to help him with his English essay. (Actually, there were twenty-three more words in between, but they were mostly adverbs.) I tried to pretend that I know how to talk to these goalpost people—but when I said yes, my voice squeaked. Again. I really hate when that happens. Puberty isn’t supposed to last for two presidential terms. Especially when one of them is Carter’s.

Oh, yeah. He called me “Travis” instead of “Puckett.” Not that it makes me Bobby Di Cicco—but even Smerko had to start somewhere.

I was right. He knows everything. Like metaphors and nuclear reactors and Luke Skywalker’s middle name and the ingredients of Cheerios. All in the same sentence!

So here’s the deal: there’s this town called Brigadoon in either Scotland or Ireland or one of those other bog places in England, where men wear skirts but don’t have any balls and girls have balls but not any tits.

Somehow they figured out a way to come to life only one day out of every hundred years, and the guys who wrote it weren’t even on mescaline. That’s the good news. On the down side, Mrs. Hawkins somehow talked Kerry Fusaro into playing the lead, which ought to give us a rough idea of what we’re in for. When he sings the heather-on-the-hill song, he sounds like a pit bull got ahold of his nuts and won’t let go.

They’re even teaching Tom Lee to dance. He must be trying to win a dare.

--- Ask Travis what a brigadoon is. But make it sound intelligent.

Brigadoon. Opened March 13, 1947, at the Ziegfeld Theatre, starring David Brooks and Marion Bell. Ran for 581 performances. Lerner & Loewe’s first hit, even though it attacks organized religion, freedom of choice, and the rights of women.

I accidentally bumped into Craig in the Tuck Shop, and I only had to wait forty-three minutes to do it. Between us we had 71¢ and a button, so we split a chocolate chip cookie and sort of forgot about French class.

A legend has left us—buried beneath the epitaph he long ago chose for himself: CRAIG McKENNA, LAID AT 15. And who among us can forget the many things he was?

Pertinent facts: He’s five months older than me 'but right-handed), he doesn’t have any brothers or sisters, his mother was an actress before she went to med school, and his father—a Harvard grad with pull—argued his first case all the way to the Supreme Court.

A world-famous Jets quarterback who threw a 98-yard pass during sudden death in Super Bowl XVI. Namath shit a brick.

When he was seven, his parents got divorced and somehow he thought it was his fault. So he tried out for Pony League even though he was too young and too short, figuring that if he could pull it off, his father would come back. It didn’t work.

A world-famous Red Sox slugger who single-handedly brought the World Series title back to Boston for the first time since 1918.

His life changed forever three years ago when somebody named Carlton Fisk hit a home run.

He taught himself to play acoustic guitar in ninth grade, but he still hasn’t admitted it to anybody yet because of the “jocks don’t sing” rule (which is somehow related to the “always scratch your balls” rule and the

“drink until you vomit” rule, both of which he’s managed to avoid so far(.

A world-famous attorney who wasn’t afraid to go after pain-in-the-ass defendants like U.S. Steel, the Mafia, and France.

He decided to become a lawyer instead of a rock star because he says he believes in justice. This is probably bullshit. He still wants his dad to be proud of him.

And finally a world-famous gigolo who left a string of broken-hearted heiresses strewn across four continents.

His first sexual experience was with a vacuum cleaner. But he wouldn’t elaborate.

He will be missed.

This essay’s going to take a lot of work. He left out all the good stuff.

BDB 13 The Shadows by JR Ward
The Other Side of Heaven by Morgan O'Neill
Conquerors' Pride by Timothy Zahn
A Brazen Lady And The Shunned Duke (Faces of Love Series #3) by Jessie Bennett
The Commonwealth Saga 2-Book Bundle by Peter F. Hamilton
The Cross of Lead by Avi
World War One: History in an Hour by Rupert Colley
The Curvy Voice Coach and the Billionaire Actor (He Wanted Me Pregnant!) by Victoria Wessex
Cell Phone Nation: How Mobile Phones Have Revolutionized Business, Politics and Ordinary Life in India by Robin Jeffrey
Bound to the Prince by Deborah Court
Our partner