Read And Party Every Day: The Inside Story of Casablanca Records Online

And Party Every Day: The Inside Story of Casablanca Records 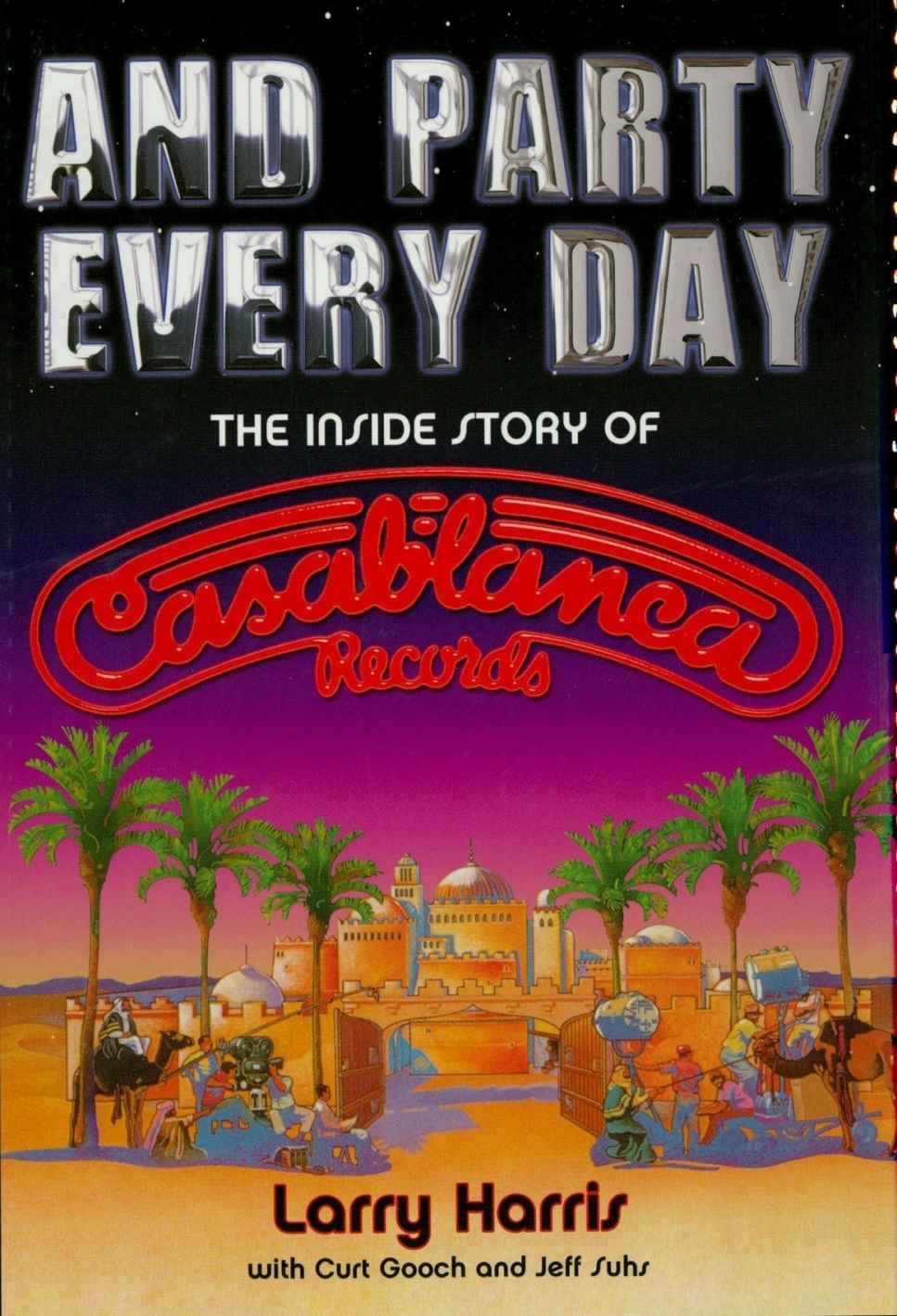 Copyright © 2009 by Larry Harris
All rights reserved. No part of this book may be reproduced in any form, without written permission, except by a newspaper or magazine reviewer who wishes to quote brief passages in connection with a review.
Published in 2009 by Backbeat Books
An Imprint of Hal Leonard Corporation
7777 West Bluemound Road
Milwaukee, WI 53213
Trade Book Division Editorial Offices
19 West 21st Street, New York, NY 10010
CASABLANCA is a trademark of the Universal Music Group family of companies and is being used under license.
Printed in the United States of America
Book design by Lynn Bergesen
Typography by UB Communications
Library of Congress Cataloging-in-Publication Data
Harris, Larry Alan, 1947-
And party every day : the inside story of Casablanca Records / Larry Harris, with Curt Gooch and Jeff Suhs.
p. cm.
Includes bibliographical references, discography, filmography, and index.

Marriage Matters by Ellingsen, Cynthia
Ruling Passion by Reginald Hill
Forgive Me Father For I Have Loved by Laveen, Tiana
The Web and The Root by Thomas Wolfe
Darcy's Diary by Grange, Amanda
A Deadly Snow Fall by Cynthia Gallant-Simpson
A Tale of Two Trucks by Thea Nishimori
Say You Will by Kate Perry
Pronghorns of the Third Reich by C. J. Box
Betsy and the Boys by Carolyn Haywood
Our partner