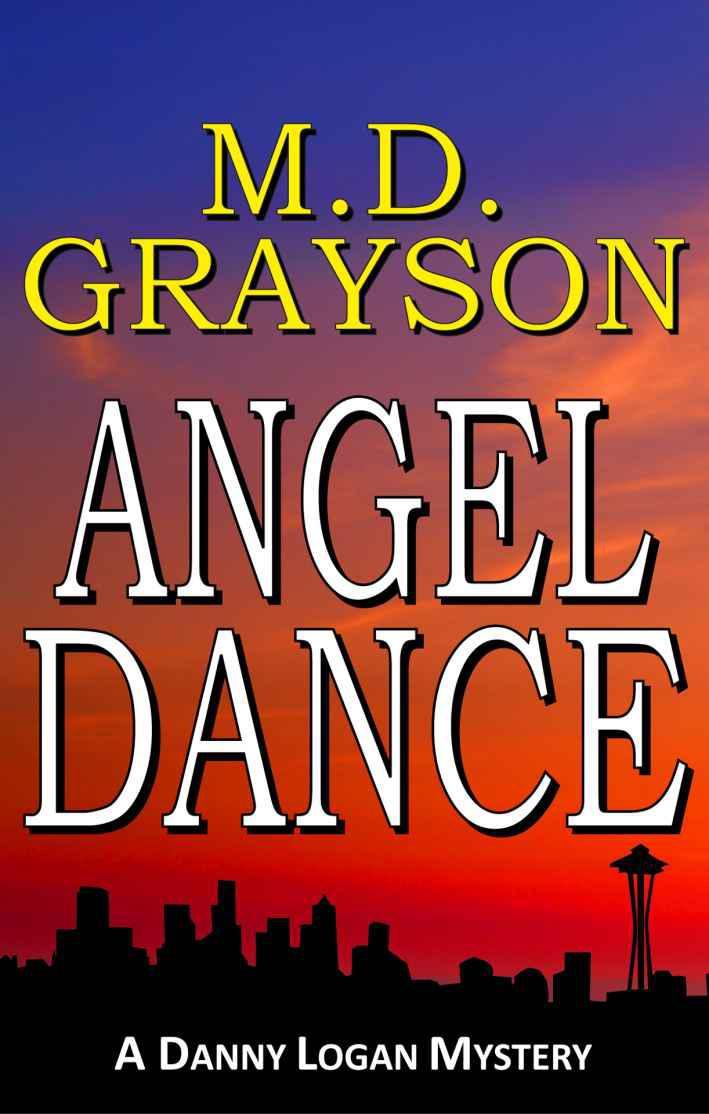 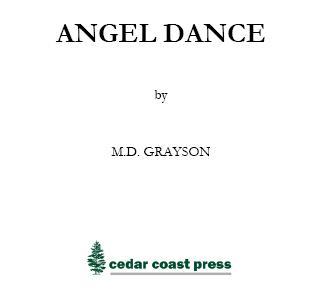 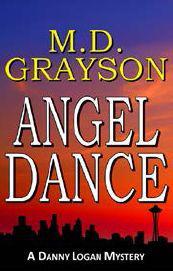 This novel is dedicated
to Michelle,
with love.

DEA SPECIAL AGENT
Regis Jackson leaned against a ponderosa pine and took three long, deep breaths. At six feet two inches and 190 pounds, the thirty-two-year-old Jackson was in excellent physical condition—he wasn’t winded. He’d found over the years, though, that it helped to periodically take a deliberate meditative pause, even if just for a few seconds. The benefits were as much mental as physical: it helped to sharpen his concentration while slowing down his heart rate and relaxing his legs, hands, and arms.

Jackson and his twenty-man team of heavily armed and camouflaged DEA agents, Yakima Tribal Police, and Yakima sheriff’s deputies had been hiking for nearly two hours in the dark, early morning. The slope was modest, but the terrain was rough in the far northwest corner of the Yakima Indian Reservation, forty miles southeast of Mount Rainier in Central Washington. The darkness and the need for absolute stealth added to the physical challenge. Now, as the sky began to turn from dark gray to pink in the east, the team members had reached their objective and were moving into their final assault positions.

In the clearing beneath Jackson fifty meters away, barely visible in the dim light, lay a large marijuana plantation known as a “grow” in law enforcement circles. He peered through the dim light until he was able to identify the approximate boundaries of the grow. It looked to him like the Intel report from yesterday’s flyover was correct—the grow was about fifteen acres, probably something on the order of five thousand marijuana plants. He studied the field carefully for a few seconds. The plants were scattered in a random pattern to make them more difficult to spot from the air. They were tall—maybe six feet. Another three weeks or so and they’d be ready for harvest.
Gonna be a bitch to cut ’em down
, he thought. He could just make out the flexible PVC piping snaking through the field that the growers had installed to provide stream water to the plants.

“Unit Two—update?” He spoke quietly into his headset. Unit Two was a two-man scout team led by Jackson’s second-in-command and good friend, Special Agent Mike Hamilton. Unit Two, in position on the opposite side of the grow, had made the hike on their own three hours before Jackson’s assault team. Hamilton and his team member were specially trained to locate and neutralize guard dogs, sentries, and booby traps. They looked for land formations and vegetation patterns favorable to ambush, using their eyes—aided by night vision and infrared scopes—their ears, and even their noses to help literally sniff out an ambush. The team had moved slowly as they’d carefully cleared the entire route.

Once they’d reached the objective, they’d scouted the entire perimeter of the grow and looked for traps and nighttime sentries. Their advance report to Jackson had been quick and succinct: “No dogs, no traps, no sentries. Four gardeners, sound asleep.”

Four gardeners. In Jackson’s experience, the gardeners tended to be illegal aliens, sometimes with an older supervisor if the grow was big enough. Although they were young and they weren’t fighters, they were usually armed, and this made them potentially dangerous.

“Unit Two in position. No change in status.”

“Okay, guys,” Jackson replied. “Official sunrise is at 0515,” he glanced at his watch, then continued, “fifteen minutes from now. We’ll go then. Get a few minutes of rest.”

So far, so good
, Jackson thought to himself. The team was in position with fifteen minutes to spare. Since the anonymous telephone call had come in to his Seattle office yesterday morning, he’d been busy. He’d arranged for a flyover to confirm the report. He’d obtained Yakima tribal approval for the raid. He’d put together a twenty-man, cross-jurisdictional assault team plus a two-helicopter extraction team. Now, everyone was ready to roll.

We should be getting pretty good at this
, he thought. There’d been three recent anonymous tips and each had led to sizable busts. At first, he and his bosses had been skeptical of the anonymous tipsters. The calls had all been from different people calling from different pay phones. Most marijuana farm busts originated when an innocent civilian accidentally stumbled over the operation while on a walk in the woods—a hiker out for a weekend stroll or a hunter literally bumping into the grow. Sometimes, these folks would be chased out by the gardeners—occasionally, at gunpoint. Perhaps a farmer or a timber man might notice an unusual waterline leading off into the forest and report it to the police. Although they usually wanted to remain anonymous publicly, these people were good citizens and were not afraid to identify themselves to law enforcement. From the DEA’s perspective, preserving anonymity was no problem, because no witnesses were needed for prosecution. The plants were seized and, most times, the gardeners were caught red-handed. Recently, though, there’d been three anonymous tips in as many weeks by people unwilling to come in and identify themselves. This was, to say the least, unusual. After the first tip panned out, though, his bosses took the subsequent ones more seriously. As proof, this latest tip—number four—had come in yesterday morning at eleven, and by 8:00 p.m., he was ready to go.

Jackson was proud of his DEA team. They were well trained, they were experienced, and, if need be, they wouldn’t hesitate to defend each other with their lives. He said a quick prayer that that would not be necessary this morning and that no one would get hurt.

Jackson looked out over the grow and listened. The sky had lightened appreciably in the last fifteen minutes. There were few clouds in the sky. Although the predawn air was still and pleasantly cool at the five-thousand-foot elevation, he knew it was going to be hot by the afternoon. He looked carefully at the camp and saw no sign of movement—all was still. The birds in the surrounding forest were awake and singing, having already gotten used to the unusual presence of the assault team.

Each of the other units reported ready to go.

At precisely five fifteen, the sun appeared over the eastern horizon. Jackson pressed the comm button at his side and issued the order. “Okay, guys. Here we go. On my go. Ready? Three, two, one, go!”

The men sprang into action. Jackson stood up and began sprinting toward the camp. Three different teams positioned in close proximity to the camp lobbed flashbang grenades into the center circle surrounded by the tents. The three grenades exploded nearly simultaneously in a brilliant burst of light and a single loud blast that slapped Jackson in the face as he closed on the camp, still twenty-five meters away.

Seconds after the blast, three young men staggered out of two of the tents. Two of the men were unarmed and had their hands pressed to their ears. The third man carried a rifle—what appeared to be an AK-47. He was disoriented by the flashbangs that had blasted him from sleep moments before. His gun was pointed toward the ground, and he stumbled and nearly fell as he staggered from the tent.

“Tase him!” Jackson yelled, simultaneously pointing at the man holding the AK while diving for cover behind a tree stump. A member of his assault team must have been thinking the same thing because almost immediately, a bright red laser dot appeared on the gunman’s T-shirt, followed almost immediately by two Taser darts that embedded themselves in the man’s back. As a charge of fifty thousand volts surged through his body, the gunman howled and flung his hands up, throwing the rifle into the air. He fell to the ground, writhing in pain, the rifle landing two meters away.

Just as the Taser was fired, a fourth man bolted from the back of the remaining tent. He was also armed with an AK-47 but, unlike the other gunman, he was not disoriented. Instead, he headed at a full sprint for the forest. He dove through a slim opening between two blackberry hedges—the same hedges where Unit Five and Unit Six were positioned on either side. In diving between the hedges, the young man effectively split the difference between the DEA agents and escaped the perimeter. Realizing this, he jumped to his feet and bolted into the forest. As soon as he stood, all four members of Unit Five and Unit Six saw him. They took off after him in pursuit.

Jackson jumped from behind the stump he was using for cover and reached the center of camp along with the other members of his team. His men surrounded the gardeners with their weapons leveled. The two young men standing—teenagers, actually—looked terrified. They offered no resistance and quickly raised their hands when he shouted, “Manos arriba! Manos arriba!” They were shoved to the ground and handcuffed. The third young man who’d been tased was facedown on the ground moaning and was quickly cuffed as well.

“Tend to this one,” Jackson ordered.

He stepped back and looked into the trees where units Five and Six had disappeared in pursuit. “Unit Five, come in!” he ordered.

“Then halt in your position. Six, report.”

“Six. We don’t see him either. We’re searching.”

Jackson took a brief second to catch his breath and to consider what was happening. He made up his mind quickly. Bottom line—he didn’t really care if one of the gardeners got away. He wasn’t there to arrest illegal aliens—they were someone else’s problem. He was after the plants. The gardeners were as low as low-level could be. They had no information; they knew nothing about the organization. The only contact the gardeners would have had with any cartel higher-ups was with a foreman known as a “lunch man,” who’d recruited them and who periodically brought them supplies. In fact, Jackson knew that for every gardener he busted, at least twenty-five were willing to step in for the chance to make twenty thousand dollars for four months’ work. Spending time and risking lives chasing them down into the dark forest made little sense.

After all, one thing was certain—this particular gardener was armed and almost certainly didn’t want to be sent back to Mexico or, worse, to prison. This made him very dangerous. It also made the potential cost of hunting him down much higher than the potential reward of catching him. Jackson pressed his transmit button. “Both units, return to the camp. Let’s let the little fish with a gun go today.”

An hour later, Jackson had redeployed his men. The majority of the team started the hot, dusty work of cutting and counting marijuana plants. One man guarded the prisoners. As a precaution, a four-man security team was deployed in a loose perimeter defensive position, one at each point of the compass—Jackson hadn’t forgotten about the man who’d escaped. Most likely, the young gardener was halfway to Spokane by now, but Jackson wasn’t taking any chances.