Free traders.
Another term for pirate.

Metaforce (also called life force).
The force of existence pertaining to all things, both animate and inanimate.

Perdition.
A state of non-being for the soul—a place where souls with no ultimate destination reside.

Primal Sacrament.
Andaryan name for the Pact, an agreement brokered between Andaryan nobles. Used to settle wars ending in stalemate, it involves the willing suicide of a powerful Artesan.

Portway.
Structure formed by an Artesan from a primal element—usually Earth or Water—which gives its creator access through the Veils.

Psyche.
An Artesan’s unique and personal pattern through which they can manipulate metaforce and channel the primal elements.

Sally port.
A small door within a larger fortified barrier, allowing only one person to pass through at a time.

Substrate.
The medium in which the primal elements reside, and in which the world and all things have their being.

The Pact.
Widely believed to have been brokered in Andaryon by an Albian Master-elite, in order to reduce Andaryan raids on Albia. Apparently supported by the current Hierarch.

The Staff.
Mysterious and terrible weapon capable of stealing and storing metaforce. Can only be used by Artesans.

The Veils.
Misty barriers separating the five Realms of the World. Only Artesans have the power to move through the Veils.

The Void.
Dark abyss at the end of life into which all souls pass before reaching their final destination.

Witch.
Derogatory term for an Artesan.

Artesan ranks and their attributes

Level one: Apprentice.
Person born with the Artesan gift and the ability to influence the first primal element of Earth. Able to hear other Artesans speaking telepathically but unable to initiate such speech.

Level two: Apprentice-elite.
Has some skill in influencing their own metaforce. Has attained mastery over the element of Earth. Able to initiate telepathic speech but only with Artesans already known to them. Able to build substrate structures, identify a person by the pattern of their psyche, and counter metaphysical attack to some degree.

Level three: Journeyman.
Has mastery over Earth and is able to influence Water. Able to build portways and travel through the Veils. Has some skill in using metaforce for offense. Also able to initiate psyche-overlay and converse telepathically with any other Artesan. Possesses some self-healing potential.

Level four: Adept.
Has mastery over both Earth and Water. Able to build more complex substrate structures such as corridors. Able to influence where such structures emerge. Possesses stronger offensive and defensive capabilities. Able to merge psyche fully with other Artesans. Increased healing abilities.

Level five: Adept-elite.
Has mastery over Earth and Water and is able to influence Fire. Possesses great healing powers which can even aid the ungifted (with their permission). Able to initiate powersinks and merges of psyche. Able to construct such structures as Firefields.

Level six: Master.
Has mastery over Earth, Water and Fire. Able to control the power of an inferior Artesan against their will. Control over personal metaforce now almost total. Possesses incredible healing powers.

Level seven: Master-elite.
Has mastery over Earth, Water and Fire and is able to influence Air, the most capricious primal element. Able to absorb a lesser or even equal-ranked Artesan’s power and metaforce provided some link or permission (however tenuous) can be found.

Level eight: Senior Master.
Has complete mastery over all four primal elements. Is able to absorb another Artesan’s power by force, even sometimes without a link. Possesses a high degree of metaphysical (and usually spiritual) strength.

Level nine: Supreme Master.
It has never been fully established whether this rank actually exists. Supreme Masters are supposedly able to influence Spirit - largely regarded as the mythical ‘fifth element.’ Ancient texts refer only to the possibility; no mention has ever been found of a being attaining Supreme Masterhood.

Sport or lay-Artesan.
Freaks of nature, sports are thought to be able to control their own metaforce from birth, to whatever level of strength they inherently possess. As they receive no training their working is often undetectable. They are also believed to be able to ‘hear’ the thoughts of those around them; gifted or ungifted, and directly, not through the substrate. 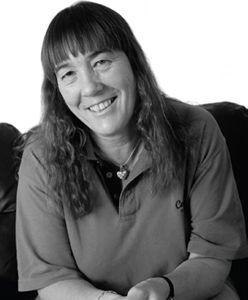 Cas Peace was born and brought up in the lovely county of Hampshire, in the UK, where she still lives. On leaving school, she trained for two years before qualifying as a teacher of equitation. During this time she also learned to carriage-drive. She spent thirteen years in the British Civil Service before moving to Rome, where she and her husband, Dave, lived for three years. They return whenever they can.

As well as her love of horses, Cas is mad about dogs, especially Lurchers. She enjoys dog agility training and currently owns two rescue Lurchers, Milly and Milo. Milly has already had some success in the agility ring, and Milo will begin competing in late 2011. Cas loves country walks, working in stained glass and folk singing. She has also written a nonfiction book, “For the Love of Daisy,” which tells the life story of her beautiful Dalmatian. Details and other information can be found on her website,
www.caspeace.com
.

Rise (Roam Series, Book Three) by Stedronsky, Kimberly
Las Brigadas Fantasma by John Scalzi
The Graduate by Charles Webb
Cold Spring Harbor by Richard Yates
XANDER (The Caine Brothers Book 2) by Madigan, Margaret
The Child Whisperer by Carol Tuttle
Cursed in the Blood: A Catherine LeVendeur Mystery by Newman, Sharan
The Exiled by Kati Hiekkapelto
Down the Rabbit Hole by Monica Corwin
One Good Knight by Mercedes Lackey
Our partner