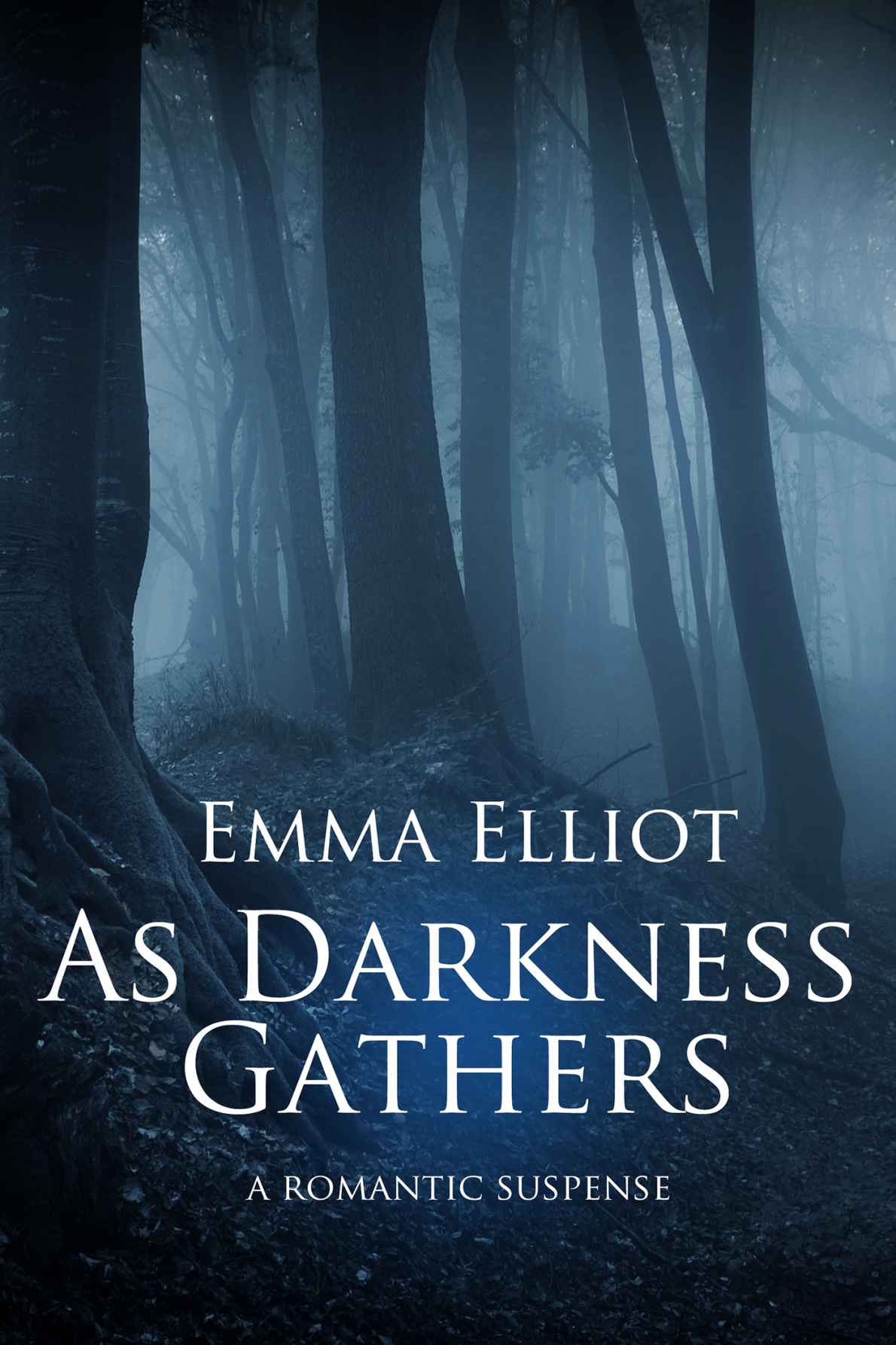 This work is copyright. Apart from any use as permitted under the Copyright Act 1968, no part may be reproduced, copied, scanned, stored in a retrieval system, recorded or transmitted, in any form or by any means, without the prior written permission of the publisher.

All characters and events in this Book – even those sharing the same name as (or based on) real people – are entirely fictional.  No person, brand, or corporation mentioned in this Book should be taken to have endorsed this Book nor should the events surrounding them be considered in any way factual.
This Book is a work of fiction and should be read as such.

To my parents
For your strong, lasting marriage and steadfast love for one another

To Carissa, Casse, Kindra, and Rachel
For taking the journey with me

And, to LM
For your friendship

“Now which one?” I turned away from the mirror to face the two women sitting on my bed. “Blue?” I tucked the navy dress with white polka dots under my chin and posed for a moment then traded it out for the fuchsia dress with a boatneck collar. “Or pink?”

“Polka dots,” Julia said. She was sprawled across the mattress wearing a floral-print tunic and striped leggings.

Sydney, wearing designer jeans and a chic top, shook her head. “Your taste in clothes . . .”

“That shade of pink looks good on you, too, though,” Julia said. Her hair this month was almost the exact shade of the dress I held.

Julia Murphy and I had met a little over a year ago when I’d wandered into her cupcake shop in a moment of sweet-tooth-induced weakness. If the confections she created hadn’t cemented our friendship, her quirkiness had. Her fashion sense could be described only as brow raising, and she changed her hair color at least once a month. It had been fire-engine red before the current pink. She was entertaining the idea of purple next. She was appallingly blunt, but she was also one of the most generous people I’d ever met.

“You have a little black dress in your closet somewhere,” Sydney said. “I’ve seen you wear it. Why not that one?”

With an impatient sigh, I turned back to the mirror. “Men have high expectations when they see a woman in a little black dress.”

They both laughed, but it was Sydney who said, “What, you don’t want to get Jeremy’s hopes up?”

I hung the fuchsia garment back in the closet and stepped into the bathroom before slipping out of my robe and pulling the navy dress over my head.
Polka dots are bolstering
, I reasoned as I fastened the row of yellow buttons that decorated the bodice.

The wooden floorboards creaked underfoot as Sydney rustled through the hangers. “Here’s the dress I’m talking about. Why don’t you—”

“He asked me to marry him last week,” I said through the open doorway.

I glanced in the mirror over the sink and smoothed the flyaway strands of my wavy, chin-length bob before stepping back into my room and perching on the edge of the bed.

Sydney Beecher and I had been friends for two years. We’d met shortly after I’d moved back to Cleveland to live closer to my family and to work as a flight attendant for Sylvan Air, a small, privately owned regional airline. Sydney’s father owned the airline, and she was a fellow flight attendant.

I studied her now as she returned my black dress to the closet.

She stood several inches taller than I did, and while both of us sported slender builds, she was thin enough to have a waiflike quality. There was no awkward lankiness about her, though. Her graceful movements always reminded me of a ballerina.

I glanced at my purse lying on the dresser. Within was a small satin box. “I told him I needed time to think about it.”

Sydney joined me on the bed and folded her long legs under her. “Why the hesitation, Finch?”

Julia rolled to her stomach and propped her chin on a fist. “If you’re hesitating, it isn’t a good sign.”

“I know.” I tucked a lock of hair behind my ear. “I should have been ecstatic, right?”

Sydney rolled her eyes. “Cheetahs don’t live in prides. And why would it matter if you were naked or clothed?”

Julia gestured to her own curvy figure. “All this bodaciousness bouncing around would be enticement to a pride of hungry cheetahs. But if I were naked, they’d have a clearer view of how succulent a meal I’d be.”

“Ambivalent,” I said before they could get into an argument. The word sounded better than
dread.

“You’ve been together for almost two years,” Sydney said. “Did it really come as a surprise?”

“More like a shock,” I said. “He never mentioned it to either of you?”

Sydney chuckled. “You know Jeremy and I don’t talk.” She’d been the one to introduce me to Jeremy, but she’d always remained noncommittal when discussing him.

“I think I scare him,” Julia said. “Ever since I told him the smell of that hair gel he uses reminds me of a musk ox, he’s avoided me.”

I smothered a laugh, but I’d been relieved when he’d changed hair gel brands. I fingered the hem of my dress. “I’m supposed to give him an answer tonight.”

Sydney leaned back against the pillows. “Do you know what it will be?”

Julia flopped over on her back. “I’m the last person to offer relationship advice. Syd, you take this one.”

Sydney shook her head, her long, dark fishtail braid falling over her shoulder. “I’m afraid I can’t help you with this one either, honey. I will say that you should try to decide if your reluctance is just nerves over the prospect of marriage, though. You and Jeremy are perfect for one another.”

Sydney is right
, I mused as I sat across from my date at the expensive restaurant he’d chosen. Jeremy Linden and I
were
a perfect couple—on paper. The perfection ended there.

He was a pilot, which meant we understood each other’s work schedules, and we were independent enough that we weren’t bothered when we sometimes went several weeks between seeing one another. He was quiet and took himself seriously, and I managed to coax a smile to his clean-cut face about twice a month if I was lucky.

Our evenings, at my place or his, were peaceful ones, although Julia joked we sounded like an elderly couple. I either watched crime dramas on television or knitted while he worked crossword puzzles or read. His most recent reading material was
Tractatus Theologico-Politicus
.

“By Spinoza, a Dutch philosopher,” he’d explained when I’d asked, adjusting his glasses but never looking up from the page. “Controversial,” he’d said, and I’d just taken his word for it. My reading tastes ran toward the romantic and classic vein.

When we spent the night together, he always slept on the left side of the bed in a long sleeve white T-shirt, sweatpants, and blue wool socks. I’d given him a pair of red socks with Dalmatians on them once but knew they remained unworn and precisely folded on the right-hand side of the top drawer in his bureau.

I couldn’t remember the last time we’d done anything in bed aside from sleep—with carefully allocated space between us—and it was starting to worry me. The few times I’d attempted to initiate anything, he’d yawned and patted my hand, and I’d rolled back over to my side of the bed feeling like a chastised golden retriever.

He was the quintessential tall, dark, and handsome, and as candlelight glinted on the lenses of his glasses, I thought, not for the first time, that he had an endearing Clark Kent look.

Our relationship was a comfortable one, unassuming and easy. Too much so, I had started to realize, when he’d stunned me with his proposal. We’d become complacent in our relationship, and I couldn’t help but feel that if I accepted his proposal, we’d both be settling.

“You’re not eating your soup.”

Startled out of my contemplation, I blurted, “What do you expect out of marriage?”

His dark brows furrowed, and he placed his fork and knife on either side of his salad plate. “I’m not certain I understand the question.”

“If we married”—I could see he noticed my use of the word
if
—“what about our lives would change?”

Trouble in a Big Box (A Kelly O'Connell Mystery) by Alter, Judy
A Path Less Traveled by Cathy Bryant
Names Have Power: Tim's Magic Voice Makes A Harem by MC, Doctor
Out of the Ashes by Anne Malcom
Out of Control by Mary Connealy
Best for the Baby by Ann Evans
In His Command by Rie Warren
Sweetness in the Dark by W.B. Martin
Wild Hearts in Atlantis by Alyssa Day
Part of Me by A.C. Arthur
Our partner