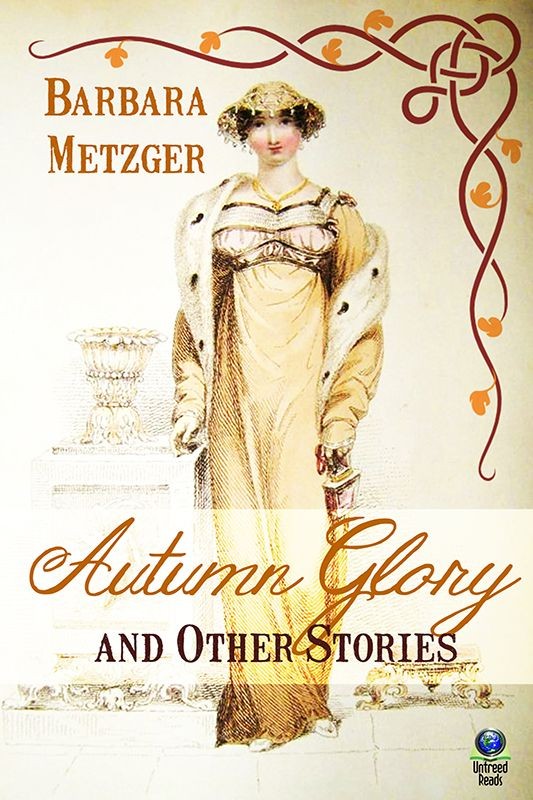 A Match Made in Heaven—Or Hell

An Angel for the Earl

The House of Cards Trilogy

The Scandalous Life of a True Lady

Lord Bannister hosted the hunt, Lady Bannister held the annual hunt ball. Together the events were the highlights of the fall season for the neighboring gentry. Berkshire was not Quorn territory, nor was the ball any Carlton House extravaganza. Still, the Bannister dos were enough to keep much of local society from traveling early to London for the Little Season, and even drew some of the
ton
away from London for the excellent sport and convivial gathering. Where dashing riders went, hopeful mamas were sure to follow with their unwed daughters in tow. Bannister Grange had been the scene of many a successful chase, both on the field and in the ballroom. Lady Bannister was determined that this year should be even more memorable.

“Isa,” she said, addressing the newspaper across the breakfast table. “We have to speak.”

Isa Snodgrass, Baron Bannister, lowered his paper an inch or two. A glimpse of his wife before luncheon was enough to turn a man off his kippers. Irene rarely graced the breakfast parlor, and only did so now, he was sure, to ruin his day with her endless nattering about assigning bedchambers and ordering wines. The house party was her responsibility, b’gad. He raised the paper in front of his face again with a grunt, hoping to block out her carping whine as well as the sight of her narrow nose, squinty eyes, and colorless cheeks.

“Isa, put down the newspaper at once, I say. We have to speak about your daughter.”

Daughter? The pages rattled in his quaking hand, a kidney lodged in his throat. How the devil did she find out about the little girl in Cheriton village? He waved away the footman who came to pound on his back, and only when the room was empty did he cautiously repeat, “Daughter? Which daughter is that?”

“Iselle, your eldest, in case you have forgotten. The girl has to be married off instantly.”

Lord Bannister took a swallow of ale in relief, then choked as his wife’s words penetrated his brain box. “Has to? Has to, by George? I’ll take a horsewhip to the bounder!” he sputtered, spewing droplets on his neck cloth.

Lady Bannister grimaced. “Don’t be more of a fool than you have to be, Isa. I’ll thank you to remember your daughters are ladies.”

As if no lady ever found herself needing a husband in a hurry, he ruminated, mopping at his shirtfront. Then again, Irene’s daughters were likely to be as cold as the hatchet-faced harridan across from him. “Well, if the gel ain’t increasing, what’s all the pother about? Iselle’s the beauty of the family, ain’t she?”

Lady Bannister’s thin lips tightened into a smug smile. “All three of the girls are good-looking. The two oldest take after my family, of course. That is not the issue, however,” she said, recalling herself. “Iselle is nearly four and twenty. She has had five London Seasons. Five, Isa. Why, we were engaged three months after my debut!”

Yes, and by parents who saw a perfect melding of lands, fortunes, and titles in the arrangement. Neither Isa nor Irene had been consulted.
Perhaps
because of their own experience, neither parent had been eager to choose spouses for their offspring.

Lady Bannister seemed to read her lordship’s mind, for she continued: “She never seems to settle on any beau! I fear she won’t ever make a choice. Why, with her face and the handsome dowry, she could have had her pick of all the eligibles. Instead she is in danger of becoming a veritable ape-leader! Well, I won’t have any daughter of mine sitting on the shelf, Isa, and mean to see her engaged at our hunt ball. Yes, and the other two also.”

“I thought the, ah, middle one had her sights set on young Allbright.”

“What, let Inessa throw herself away on a country vicar? Never.”

“Seems a good enough lad. Bruising rider, for a man of the cloth.”

Lady Bannister set her teacup down with a clatter. “I am the granddaughter of a duke, may I remind you. I would not be a proper mother if I did not wish better for my children. Inessa knows her duty, she has simply not made up her mind to accept any of the many excellent offers she has received. She has had three Seasons to decide, so now I shall do so for her also, and before the ball, too.”

“And the youngest? You’re going to see her fired off, too? The chit’s never had a Season, has she?”

Irene stiffened her already rigid spine. “You expect me to chaperon three unmarried daughters in town? Why, I’d be a laughingstock. Besides, I am not about to take that hobbledehoy child to London, even if she is eighteen. She’d disgrace us all. If Inessa and Iselle with their beauty and refinement cannot make a match, that hoyden never will. You’ve let her grow wild and—”

“I? I let?” the baronet shouted, growing red in the face. “Since when have I had a say in the rearing of your daughters, madam?”

“That’s just like you, Isa Snodgrass, passing all the blame onto me, you heartless lout. Why, you know more about your foxhounds than you do about your daughters. You—”

After the births of the two eldest daughters in quick succession, the baroness had born a son, Ira, who did not survive infancy. Then there were a series of miscarriages, and finally another daughter some six years after the first. Irene decided she had done her duty by the Bannister name and retired from what she considered an onerous, undignified exercise. With a nephew to inherit the title and entailed property, and three chits to dower with the rest of his assets, Isa was content to forego a chore he found no less appealing than his wife. They each, gratefully, took up other interests. Unfortunately, none of their interests included raising their three daughters.

Isa was a good landlord, but his first love was the hunt, his horses and his hounds. What good were daughters there? His next love was the army widow in Cheriton village.

Lady Bannister took up science. No dabbling in phrenology or magnetism or Herr Mesmer’s new practice for the duke’s granddaughter. No, she became a student of graphology. Irene Snodgrass was going to uncover the secrets of human nature through the study of handwriting. She studied translations of Dr. Baldi’s works and everything else written over the centuries on this exacting science. She collected specimens for her extensive notebooks, and spent hours poring over her correspondence with other like-minded students of character analysis. Mostly she pestered every noteworthy figure of the age for handwriting samples. She had scrawls from everyone from Byron (lusty loops, passionate periods, inspired indentations) to Wellington (forceful finials, determined downstrokes) to prove her theories.

This last was another reason Lady Bannister was not about to return to London in the near future, this time with not one, or even two, beautiful but hard to please daughters. There was also that small embarrassment at the War Office over her attempts to communicate with Mr. Bonaparte. Those dodderers in the government had no respect for science. No, the girls had to be married, and soon, so Lady Bannister could pursue her course of enlightenment.

“Well, madam, are you going to tell me what lucky sods you have selected to leg-shackle to your daughters, or have you ruined my breakfast for another of your megrims?”

Lady Bannister regretfully pushed back her plate with her own now-congealed poached egg; throwing food was certainly beneath her dignity. She did take a moment or two to dab fastidiously with her serviette at her pursed lips while her husband fumed. Aggravating the blockhead into an apoplexy was not beneath her, not at all. Finally, she cleared her throat and announced—in tones to rival King Louis’s
“L’état, c’est moi
”—“For Iselle I have selected Viscount Wingate.”

Lady Bannister had no more finished the second syllable of his lordship’s name before Lord Bannister guffawed heartily. “Wingate? Why, the fellow’s rich as Golden Ball, from one of the oldest families in the land, and a mainstay of the Foreign Ministry. He’s a world traveler, a high-stickler, and a confirmed bachelor. You’ll never bring him up to scratch.”

Lady Bannister elevated her aristocratic nose. “That’s what you know. He is recently returned from Vienna at the death of his cousin. A death that left him in line for the dukedom without an heir of his own. According to Sophy Melincamp, who is a friend of Margaret Hanley-Thorpe’s, who is a bosom-bow of his mother’s, the viscount is retiring from the government to look after his own extensive properties as well as those he’ll inherit. The
on dit
is that he is ready to settle down and start his nursery. Who is more suited to be such a nonpareil’s bride than our own Iselle?”

Who indeed? Iselle was a regular diamond, an exquisite willowy blonde with all the graces of a reigning toast. In her mother’s eyes her advanced age only made her more acceptable to a worldly sophisticate like Lord Wingate. If Iselle didn’t have two thoughts to rub together in her pretty head, Lady Bannister never regarded the lack. Surely a renowned collector of art like the viscount wouldn’t either, not once he saw Iselle. Furthermore, Iselle’s handwriting showed her eminently suited for such an exalted position as future duchess.

On the girl’s fifteenth birthday, Lady Bannister had requested a sample of her penmanship to study, the way a gypsy might study tea leaves, although there was no scientific basis in soggy vegetation, of course. Iselle’s script was everything elegant, all graceful whorls and perfect symmetry, nearly a textbook copperplate. Lady Bannister had started looking about at the royal dukes. ’Twas too bad she hadn’t looked in the schoolroom, where the current governess, fearing for her position, had transcribed the passage for Iselle. Everyone but Miss Snodgrass’s parents knew the gorgeous peagoose could barely read, much less copy a paragraph from Reverend Quigley’s
Proper Thoughts for Proper Ladies.