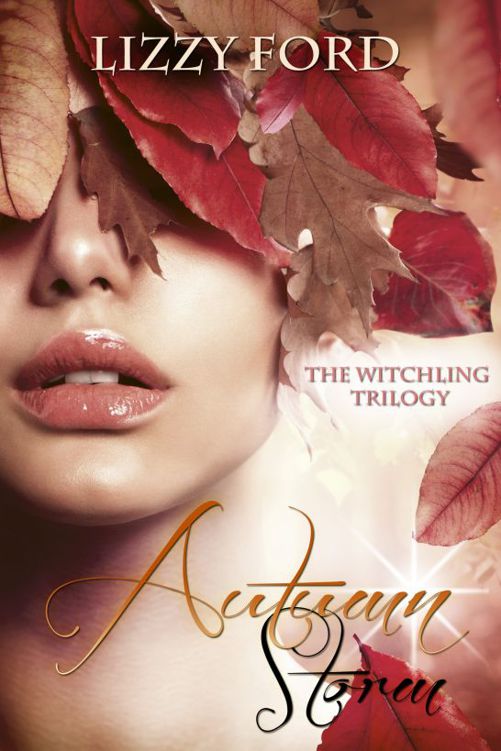 All rights reserved.
No part of this book may be reproduced in any form or by any
electronic or mechanical means including information storage and
retrieval systems, without permission in writing from the author.
The only exception is by a reviewer, who may quote short excerpts
in a review.

This is a work of fiction. Names,
characters, places and incidents either are products of the
author’s imagination or are used fictitiously. Any resemblance to
actual events or locales or persons, living or dead, is entirely
coincidental.

See other titles by Lizzy
Ford

The Greyhound bus pulled into the parking
lot of the tiny, old elementary school. It ambled to a stop, and
the doors opened. Three young women – one with a cane – exited and
stood waiting for the driver to pull their luggage free from the
underbelly of the bus.

Standing apart from the other girls, the
girl with the cane cocked her head to the side. Blue eyes took in
the surrounding forest before she glanced down, puzzled, as wind
flipped the blond hair hanging over her shoulder. She patted her
hair down only for the air to lift the ringlets one-by-one and hold
them suspended.

The other girls were staring at her. Her
face grew warm as she swatted at the floating curls.

“Jenna Carter,” the bus driver called,
reading the tag on the first piece of luggage.

“Here!” one of the other girls replied.

“You need me to call someone for you?” the
bus driver asked, gaze on her stiff leg.

“No, thanks.” She pulled up the handle of
her suitcase and used it to support her as she limped away. After
eight weeks in the hospital and another month in physical therapy,
she was tired of people asking her if she needed help.

“Have a good day, girls. Stay out of the
forest after dark,” the bus driver warned cheerfully.

Autumn frowned. She knew this place. The way
the air played with her, the strange magic beckoning her to the
forest. She’d even heard the bus driver’s warning before. If she
walked down the main road through the tiny town, she’d find …

The fleeting memory was gone, replaced by a
headache.

Until now, no other part of her world was
familiar to her. She hadn’t known anyone at the orphanage, where
she’d returned when the hospital released her. Her case worker
insisted she’d lived there since she was four. She couldn’t find
her way to the restroom let alone recognize the roommates she’d had
for the past five years. The doctors said she had severe amnesia
after being hit by a drunk driver while crossing the street. The
amulet around her neck was the only belonging that seemed remotely
like it was hers. She’d researched the pattern on the tarnished,
silver chain and discovered the links were regarded as symbols of
protection to some Native American tribes. The breadcrumbs that
were supposed to lead her to who she was had ended there.

She toyed with the amulet, looking
around.

Shifting the cane into her left hand, she
realized she’d caught her index finger on a splinter. She wiped it
on her jeans. The two other girls had stopped whispering to each
other and were watching her.

“Do you know where we go?” the one named
Jenna asked.

“I think someone will come get us,” Autumn
answered, glancing up.

Autumn wasn’t sure where her response came
from. She hoped she was right.

“I’m from Maryland,” Jenna said. “Tanya’s
from Texas. We met up in Colorado at a bus stop. You guys could
totally be sisters.”

Tanya’s smile was nervous and her dark gaze
warm. She was slender with similar, white-blond hair that fell
halfway down her back. Jenna, on the other hand, was a chubby,
bubbly brunette with bright green eyes. Both sets of eyes were on
Autumn’s neck. Her hand fluttered to the scars there. It had been
three months since the accident. The scars were still reddish, new,
and marked up a lot of her body. One ran down the side of her face
from temple to jaw. She’d learned to cover it with make-up and
careful positioning of her hair. At their stares, she adjusted her
blond curls to hide the scar.

“Thank you,” Autumn said. Her gaze went to
their surroundings thoughtfully. Something about the forest was
calming, and she hadn’t been comfortable anywhere else. Maybe she
lived here when she was little, before ending up in an
orphanage.

Gone Away by Elizabeth Noble
No Laughter Here by Rita Williams-Garcia
Emily and Emerald by Kelly McKain
Limbo Man by Blair Bancroft
Crush by Lovely, Lutishia; Grant, Michele; Rax, Cydney
Dragon Rule by E. E. Knight
The Door Into Fire by Diane Duane
Made To Be Broken by Rebecca Bradley
The Checkout Girl by Susan Zettell
Polar Bears are Forever: Book One Supernatural Enforcers Agency by E A Price
Our partner