Avoid Boring People: Lessons From a Life in Science (2 page)

1. MANNERS ACQUIRED AS A CHILD 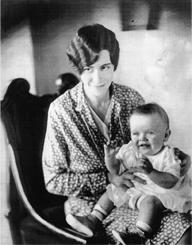 I
WAS BORN in 1928 in Chicago into a family that believed in books, birds, and the Democratic Party. I was the firstborn, followed two years later by my sister, Betty. My birth was at St. Luke's Hospital, not far by car from Hyde Park, where my parents lived after their marriage in 1925. Soon after Betty was born, my parents moved to South Shore, a middle-class neighborhood populated by bungalows, vacant lots, and two-story apartment houses. We lived in an apartment on Merrill Avenue before relocating in 1933 to a small, four-room bungalow that my parents bought at 7922 Luella Avenue, two blocks away. That move allowed my by then financially stretched, seventy-two-year-old grandmother to live with us in the rear bedroom next to the kitchen. In newly created tiny attic rooms, Betty and I slept on bunk-like beds.

Though I went to prekindergarten at the Laboratory School of the University of Chicago, the Depression quickly placed private education beyond my parents’ means. I, however, was in no way disadvantaged by changing to public school. Our Luella Avenue home was only five blocks away from the academically rigorous Horace Mann Grammar School, which I attended from the ages of five through thirteen. It was then a relatively new brick building built in the early 1920s in Tudor style, possessing a large auditorium for assemblies and a gymnasium where I was seldom able to do more than two or three push-ups.

While both of my father's parents were Episcopalians, only his father, Thomas Tolman Watson (born 1876), a stockbroker, was a Republican. His wife, constantly upset at being a speculator's wife, showed her displeasure by invariably voting for a Democrat. She was born Nellie Dewey Ford in Lake Geneva, Wisconsin. Her mother was a descendant of the settler Thomas Dewey, who arrived in Boston in 1633. The Watson side of my family can be traced back to the New Jersey-born William Weldon Watson (born 1794), who would become minister of the first Baptist church established west of the Appalachians, in Nashville, Tennessee. When he returned from a Baptist convention at Philadelphia in a prairie schooner (before railroads), he brought with him the first soda water fountain ever seen in Tennessee. To counteract the local whisky demon, he set up the soda fountain on a street corner near the church and single-handedly made soda water all the rage. Reputedly he made enough money selling soda water to build a new church for his growing congregation, and it still stands today in the heart of Nashville.

His eldest son, William Weldon Watson II, moved north to Springfield, Illinois, where it is said he designed a house for Abraham Lincoln across the street from his own. With his wife and brother Ben, he later accompanied Lincoln on the inaugural train to Washington. Ben's son, William Weldon Watson III (born 1847), married in 1871 Augusta Crafts Tolman, the daughter of an Episcopalian banker from St. Charles, Illinois. Afterward he became a hotelkeeper, first north of Chicago and then in Lake Geneva, Wisconsin, where he raised five sons including my grandfather, Thomas Tolman Watson. After my grandfather's marriage in 1895, he initially sought his fortune at the newly discovered Mesabi Range, the great iron-ore-bearing region located near Duluth on western Lake Superior. Then he joined his older brother, William, later to be one of Mesabi's senior management. My father, James D. Watson Sr., was born in 1897, followed over the next decade by his brothers, William Weldon IV, Thomas Tolman II, and Stanley Ford.

From northern Minnesota, my father's parents moved back to the Chicago region, where, with the help of his wife's money, my grandfather bought a large Colonial Revival-style home in Chicago's affluent western suburb of La Grange. My father went to the local schools there before attending Oberlin College in Ohio for a year. Dad's freshman year ended, however, with scarlet fever rather than academic laurels. The following year he would start commuting into Chicago's commercial banking center (the Loop, with its ring of elevated tracks) to work at the Harris Trust Company. Money was short, as usual. 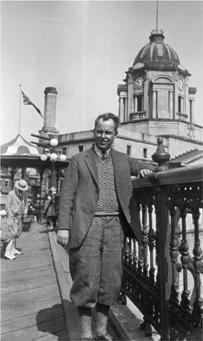 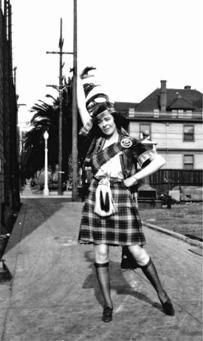 But making money was never near my father's heart, and after World War I started, he enthusiastically joined the Illinois National Guard (Thirty-third Division), soon shipping off to France for more than a year. Upon coming home he began working at La Salle Extension University, a prosperous correspondence school that offered business courses. There he met, in 1920, his future wife, Margaret Jean Mitchell (born 1899). She came to work in the personnel department after finishing two years at the University of Chicago. Mother was the only child of Lauchlin Alexander Mitchell, a Scottish-born tailor, and Elizabeth (Lizzie) Gleason, the daughter of an Irish immigrant couple (Michael Gleason and Mary Curtin) who had emigrated from Tipperary during the potato famine of the late 1840s. After farming ten years in Ohio, they moved on to land south of Michigan City, Indiana, and it was there, in 1860, that my grandmother, Nana to Betty and me, was born.

Early in her adolescence, Nana had left the Gleason farm to become a servant in the Barker mansion, the home of Michigan City's most prosperous family, owners of a large boxcar factory. Soon Nana rose to be Mrs. Barker's personal maid, accompanying her around the spas of the Midwest. Later, Mr. Barker took closer note and installed her in a Chicago flat together with funds that allowed her an independent life. Only more than a decade later, in her mid-thirties, did she marry Lauchlin Alexander Mitchell, born in Glasgow (1855) to Robert Mitchell and Flora MacKinnon.

As a youth, Lauchlin Mitchell immigrated to Toronto and from there to Chicago, where his custom-made-suit business thrived by the time of the Columbian Exposition of 1893. Sadly, he died in an accident when my mother was just fourteen, struck by a runaway horse carriage while coming out of the Palmer House Hotel on New Year's Eve. My mother's only mementos of him were a tiny MacKinnon kilt sent to her from Scotland and the splendid pastel of him that was exhibited at the 1893 World's Fair, reportedly commissioned in exchange for a custom-made suit. Nana began to take in paying guests, in effect running an Irish boardinghouse on Chicago's South Side.

Marring my mother's adolescence was a lengthy bout of rheumatic fever that damaged her heart and made her short of breath if she exercised seriously. The illness ultimately cut her life short and she died of a heart attack at the age of fifty-seven. Like her mother, she followed the Catholic religion but was never a serious churchgoer. I remember her going to mass only on Christmas Eve and Easter, always saying that her heart needed to rest on weekends. On many days, particularly Sunday, Nana helped prepare our family's meals, having a skill at cooking not commonly found among the Chicago Irish. Her presence in our home early on gave Mother the freedom to work part time at the Housing Office of the University of Chicago, helping to supplement my father's barely adequate salary, which had been cut by half to $3,000 when the Depression took hold. 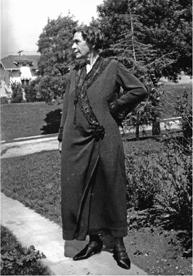 Behind our house was an alley that separated the homes on the west side of Luella Avenue from those on the east side of Paxton Avenue. The general absence of cars made it a safe place for games of kick-the-can or setting off firecrackers that could still be bought freely around the Fourth of July. When I finally began to grow past five feet, a backboard with a basketball hoop was put up above our garage doors, allowing me to practice my free throws after school. Scarce family funds also purchased a ping-pong table to liven up winter days.

My irreligious father only reluctantly had agreed to a Catholic baptism for my sister and me. It kept peace between him and my grandmother. He may have regretted the accommodation when my sister and I began going to church on Sundays with Nana. At first I didn't mind memorizing the catechism or going to the priest to confess my venial sins. But by the age often, I was aware of the Spanish Civil War and my father let me know that the Catholic Church was on the side of the fascism he despised. Though one priest at Our Lady of Peace gave sermons supporting the New Deal, many in the congregation bought Father Coughlin’s vitriolic magazine opposing Roosevelt, England, and the Jews, which was on sale outside Our Lady of Peace following each Sunday mass. 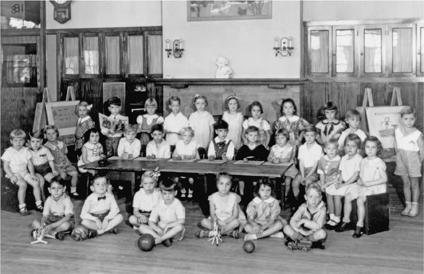 Horace Mann Grammar School kindergarten class photo, October 1933. I am seated on the floor, second from the left, proudly wearing a bow tie

Just after my confirmation at age eleven, I completely stopped going to Sunday masses in order to accompany my father on his Sunday morning bird walks. Even as a small boy I was fascinated by birds, and when I was only seven my uncle Tom and aunt Etta gave me a children's book on bird migration,
Traveling with Birds,
by Rudyerd Boulton, curator of birds at Chicago's Field Museum of Natural History. My father's devotion to bird-watching went back to his high school days in La Grange. It continued equally strong after World War I when his family moved to an apartment in Hyde Park on Chicago's South Side, so his brother Bill could conveniently attend the University of Chicago. Dad would be up before sunrise most spring and fall days to go birding in nearby Jackson Park. Our first bird walks were also in Jackson Park. There I first learned to spot the common winterresident ducks, including the goldeneye, the old squaw, the bufflehead, and the American merganser. In the spring I quickly learned to differentiate the most common of warblers, vireos, and flycatchers that in springtime migrated north from their tropical winter homes. By the age of eleven, I already had enough book knowledge of birds to anticipate the many new species we would encounter during a 1939 drive in a borrowed car to see the San Francisco International Exposition. On that trip I added more than fifty new species to my acquaintance.