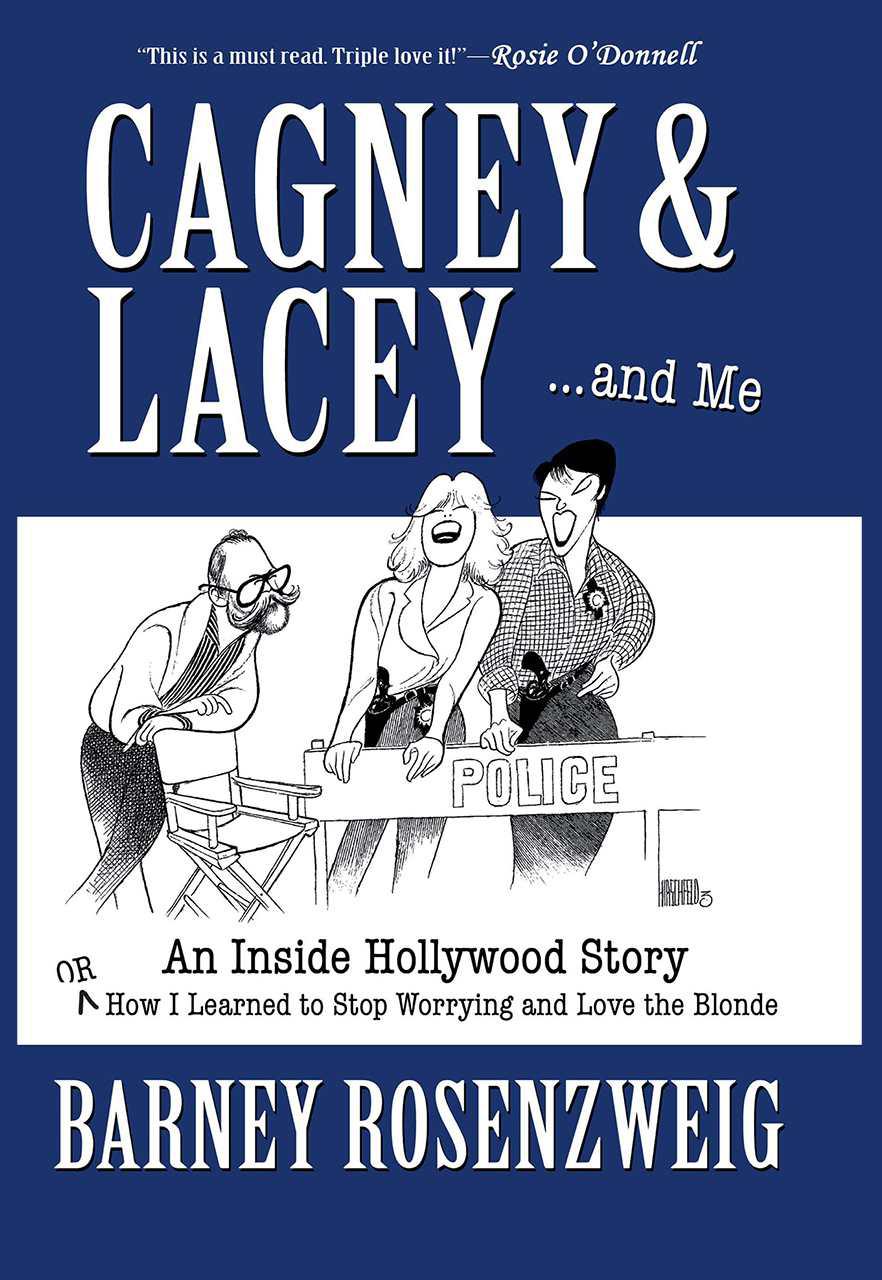 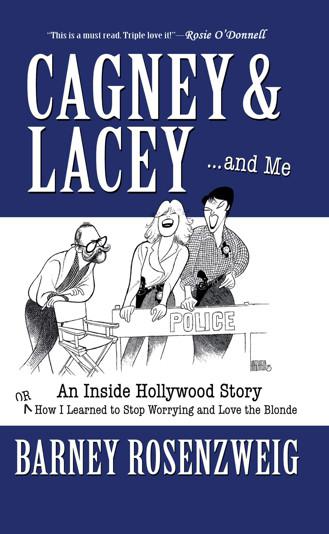 An Inside Hollywood Story

How I Learned to Stop Worrying and Love the Blonde 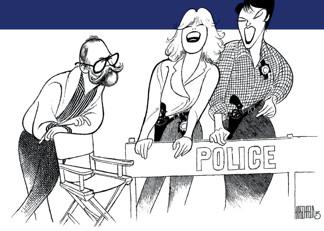 Because of the dynamic nature of the internet, any web addresses or links contained in this book may have changed since publication and may no longer be valid. The views expressed herein are the sole responsibility of the author.

To those (both friend and not) who didn’t live long enough to be able to read this book (in no particular order):

… and also to the very much alive Sharon Gless and Tyne Daly, without whom the whole thing might well have been pointless.

… and to Richard M. Rosenbloom, Stan Neufeld, and Mick McAfee, who contributed far more than these pages show. 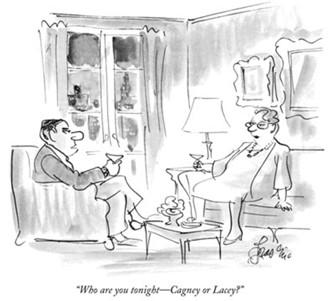 Edward Frascino from
The Cartoon Bank
. All Rights Reserved

In the 1980s, the television series
Cagney & Lacey
was on the air for six seasons, becoming a part of the landscape and the language for the last twenty-five years.

To many it was more than mere entertainment; to some it was the quintessential show for working women, a flagship for the women’s movement and—at last—an opportunity for real women to relate, and to identify with, what they were seeing on their television screens. This was all amplified by blind luck and good timing, for it was in that pre-Internet era when “on the air” meant being part of the primary pastime of North America.

In those days Americans watched television the way God meant us to: on one of the three major television networks and without remote control. In the continental United States, there were then sixty-six hours of prime-time network television per week (prime time being from 8 pm to 11 pm six nights per week and 7 pm to 11 pm on Sunday, for a total of twenty-two hours multiplied by three networks).

Discounting the hours and half hours devoted to news and magazine programs, such as
20/20
and
60 Minutes
, or television movies, miniseries, and specials, that left approximately forty-eight shows aired on a weekly basis: forty-eight shows with their forty-eight executive producers who, week after week, were “on the air.”

There are a hundred U.S. senators … fifty governors.

Being “on the air,” with a show dealing with the lives of two contemporary, urban women, a constituency of thirty million American viewers every week, and a license from CBS to say and do just about whatever we wished was very heady stuff.

The show was not only groundbreaking; it was iconic. Regardless of genre, there is nary a history book dealing with television in the twentieth century that does not list
Cagney & Lacey
among the finest shows ever produced.

The series was honored throughout the world, setting new precedents in the United Kingdom via the BBC, while simultaneously becoming one of the most honored dramatic television series in the history of the CBS Network in America, garnering
Emmys
, citations from the Congress of the United States, the State of California, the cities of Los Angeles, Chicago, and New York, and the ACLU; the Humanitas, Scott Newman, and Christopher awards; a special Luminas from Women in Film; as well as citations and salutes from the Museum of Television & Radio, the National Commission of Working Women, the National Organization for Women (NOW), the National Women’s Political Caucus, and National Abortion Rights Action League (NARAL), and other women’s groups throughout the country.

Individual episodes were singled out for praise or condemnation, depending on subject or just whose ox was being gored. The title became a punch line for cartoonists, comedians, and newscasters alike, a common reference point in the language for strong women and the feminist movement.

In the 1980s, CBS charged $300,000 per minute to advertise on
Cagney & Lacey
. That same network paid us to fill forty-six minutes a week of airtime with our beliefs, hopes, and fears, our values and humor. Those minutes may not have been brilliant, but millions of people liked them, and, more often than not, they were even celebrated (surprise, surprise) as something socially and culturally significant.

We made 125 episodes and five television movies. We earned an impressive thirty-six
Emmy
nominations, winning fourteen of these awards with episodes ranging in subject from abortion, to racism, to substance abuse, to Western medicine’s assault on the female mammary. There were comedic episodes and stories of great loss, of love, and of family and friendship—to the point where, twenty-five years later,
Cagney & Lacey
still ranks as one of the best dramatic television series of all time.

I was there at the very beginning. I was the producer of every one of the 135 hours delivered to the world via television broadcasters, cable, and satellite as series episodes or movies for television: the guy who could say, without fear of contradiction, “Christine Cagney wouldn’t say that.”

Every episode, every script, every music cue, every edit, and every piece of casting was under my personal supervision. I was the one who took on every network note, every fight with the television establishment, from breaking through the all-male bias of just how women relate to one another, to whether it was all right to hear the sound of a flushing toilet while one of our female leads visited the commode, to a woman’s right to choose to terminate a pregnancy, to the tastelessness of sexual humor in the workplace. I won far more of these battles than not.

After years of penury, humiliation, and struggle to learn the craft of producing, those 125 episodes and five movies of
Cagney & Lacey
gave me all I ever wanted from a life in show business. I loved it, and you would have, too.

I loved it not only because it was great, but because while it was going on I was conscious of what was happening around me and to me. It was not just another job. I knew that those were very special years when they were occurring, and I lived them very much in the present. All that had gone before—all the miseries of my first twenty-five years in Hollywood—was repaired by
Cagney & Lacey
, and I was made whole. Those years of the very long ago may well become the basis for another tome, but
Cagney & Lacey
and the people who made it possible were responsible for most of the very best years of my life.

It was wonderful, and this is that story.