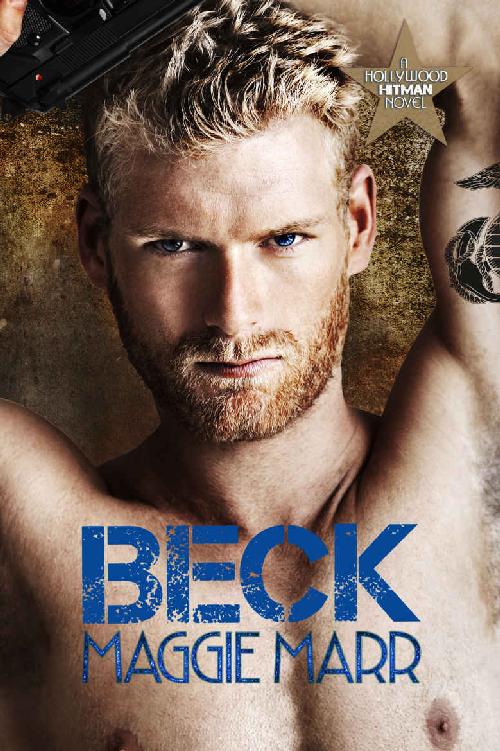 Natalie Warner can’t ignore the risk any longer. A star on the rise, her latest film is on track to be the biggest box office breaker of the summer but Natalie isn’t safe. Someone is after her. Could it be her angry addict father, or her mother who always wanted to be a star herself? What about her ex-boyfriend who just did time? The Studio refuses to ignore the threat and forces Natalie to take on a bodyguard, but that bodyguard comes in the shape of rugged, irresistible Beck Tatum, because whoever is after Natalie isn’t going to stop until someone makes them.

A question, wrapped in a riddle, Beck Tatum doesn’t know what part of the government he worked for before he lost his memory or what exactly his mission was. He can remember that he loved and that he lost that woman as well as his memories on that final mission. Now with a second chance, he’s assigned to protect a high-value asset. Rich and entitled but yet kind and vulnerable, Natalie Warner isn’t the spoiled rich woman Beck expected. But falling for her would put her life on the line and Beck isn't about to lose anything else.

Sign up for Maggie’s newsletter to win prizes and be the first to learn about NEW releases!

Once upon a time a girl from a small town moved to Los Angeles and became a huge Star. Her life was a dream, a fairy tale. She danced with Kings and drank wine with Queens. Power players sat at her feet and begged her to star in their stories.

But evil is real in the world. This terribly lucky and beautiful girl met the wicked disguised as a friend. He captured her, stole her away, and did horrible things to her. Cruel, unspeakable things that not only changed her face and her body but also her heart and her soul.

I barely escaped with my life.

I can’t fix the wicked. I can’t save these bruised and damaged people that are beyond redemption and repair. I can, however, protect those upon whom evil preys.

I collect my Warriors now—one by one. Men made of flesh but appearing as though they are steel. Each with a different background, but with the will to kill. They’ve all killed, a requirement to become a part of Greystone. Their common core, their shared credo? To protect the innocent from the evil. To accomplish this goal, they will use any means necessary. And me? I use all my wealth, my power, and my access to ensure my Warriors have what they need.

I will not let what happened to me happen to another. I will die trying to prevent it. That’s why there are the Hollywood Hitmen—for my protection and for yours.

The gun clicked. The barrel between Beck’s eyes.

“Marisol?” His bed was empty and reflexes pushed him forward.

“Beck, no!” Marisol screamed. He turned toward the noise coming from the darkness. One light shone in his eyes and one gun pressed to the center of his forehead.

“Don’t move.” Andreas’s voice thundered through the dark room. “Shut that bitch up.”

The smack of a hand against flesh. Beck’s body poised to spring forward, to grab the son of a bitch hurting Marisol.

“You really think you can beat a bullet, asshole?” Andreas stood beside the bed. “You come here, to my house, my country, pretend to be my friend and fuck my sister and lie to me?” His voice was low and quiet. Deadly quiet. But fury raged in Andreas’s eyes. “Did you think I wouldn’t find out why you’re here?” He pointed his thumb over his shoulder. “It’s certainly not for that whore.”

His gun, if Beck could get to his gun. One under his pillow. One on the floor under the bed, one—

“Ah, ah, ah,” Andreas said, a wicked smile on his face. “Don’t. Even if you could beat a bullet, I don’t think you could save her.” He turned the flashlight toward Marisol. A goon held her in a choke hold with a gun pressed to her temple.

“Not very nice, now is it? To talk to your host that way. The host you lied to, and were spying on for the American government.”

“I’m not a spy. You’re fucking paranoid, Andreas. Too many fucking drugs. That’s your
sister
.” Beck held out his hand, and the barrel of the gun pressed harder between his eyes. He took a deep breath. “I love her, Andreas—let her go. This . . . we should have told you . . . we should have—”

“You think I give two shits that you’re fucking my sister?” A cruel laugh exited Andreas’s mouth. “Let me show you how little I care about her.” He looked over his shoulder. “Kill her.”

Andreas leaned down and lowered his voice. “I can’t kill you, asshole, because I need to make a trade and your spying ass is valuable. But her? She can pay for your fucked-up decision to spy on me.” He glanced over his shoulder. “Did you hear me? Shut that bitch up.”

The gun popped. The screams stopped. A hard knock to the back of Beck’s head, and the room went black.

Beck Tatum would die in this room. They were finished with him. Whoever
they
were. A secret behind a lie. A group, concealed by a shadow government, hidden behind the military, buried beneath the global panopticon. Exactly
who
Beck worked for was the answer to a riddle that was too deadly to solve.

Whoever those fuckers were, they were finished with his ass.

They’d traded something or someone for him after they’d chewed him up, spit him out. Now Beck was too unsavory to complete their dirty work. He’d spend the rest of his life in a facility that was trying too hard not to look like a facility. This place had gardens, a library, a pool, and hot meals, everything that made a man like Beck want to jump from his skin. A little
too
clean, a little
too
nice, a little
too
easy. Like a calf being fattened up on milk and rich grain before the slaughter.

Most things that looked this good had a horrible bite. MT-55 was no different. He guessed that was his location. Officially nonexistent, if the whispers were true, this was where they sent the guys who weren’t crazy enough to be crazy, but dangerous enough to be deadly. After nine months Beck had chipped away enough of the gilded gold and the pretty-pretty grated.

What the fuck? The last mission . . . He pressed his hands to his forehead. The only thing he remembered from his last fucking mission was that Marisol was dead and her death was his fault. Every other detail was gone.

He turned to his sketchbook. Marisol. Those eyes. Those eyes . . . were gone. Marisol was dead. How? He couldn’t remember, but he knew that he’d been the cause.

He had to get out of this place. Had to find out who and what and why . . . why what he’d thought he’d been doing in South America really wasn’t what he was doing.

He pressed his eyes closed. Fuck. All the details, the memories, were jumbled and fractured like bits of stained glass shattered by a bullet.

He opened his eyes. One of the orderlies, with the soft shape of a guy who used to be muscled and now never worked out, stood in the doorway of Beck’s room. This guy was always here on Tuesdays . . . or was it Wednesdays? The information Beck tried to process didn’t fritz out all the time, but just often enough for Beck to notice.

“Thanks.” Black soot covered Beck’s fingers and slid slippery against his skin. His gaze locked on the picture he’d sketched with charcoal. Those eyes. Those damn eyes haunted his dreams.

“Atrium,” Craig or Colin or who the fuck knew said, and knocked his knuckles against the doorframe, gently pulling Beck back to the present.

Beck nodded and with one last look closed the cover of the sketchbook. He stood and stretched his arms overhead. Pain sliced through his hip and up his back. Each day a little less, but according to his physical therapist the pain wouldn’t ever go away. Fuck it. He could live with physical pain. You didn’t hump through the desert and the training and the corps and then do the dirty work that Beck had done for a decade without some permanent dents. The physical pain wasn’t the problem, but the mental . . . that was the shit that would kill you.

Visitor, huh? Who the hell . . . ? Not family. His bosses had wanted him untraceable. He’d kept his life just that way . . . until he hadn’t. He glanced at the sketchbook. Nope, not thinking about that face, those eyes, not now, not ever.

He walked down the hall toward the stairway, his feet not making a sound on the plush carpet. This place with its pretty-pretty and sketchbooks and fresh air and all the other psycho-babble bullshit was pulling the skin from his bones. He had to get out or he’d stick a fork in somebody’s eye.

The guy standing in the atrium was a stranger. Beck made him for about forty-five. He stood tall like a former athlete, like the guy knew how to move. Sharp demeanor but decidedly relaxed. Light smile, intense eyes, black skin. The sharp-edged haircut gave him away as former military, but he wasn’t in now, because the guy sported a three-thousand-dollar hand-cut suit and two-thousand-dollar Italian shoes. Unless he was on special assignment, in deep cover, there wasn’t a military man alive sporting those threads.

Details. The Agency had schooled him on those types of miniscule details. Those teeny tiny details conveyed the reality and facts of a situation. Nothing escaped Beck’s eye. Nothing.

He took the final step into the atrium, and he’d summed up this guy, knew he was left-handed and had an injury in his right leg. Yeah, he had him all summed up, but didn’t know what the fuck the guy wanted with him.

“Beck Tatum, I’m Remi Prince.” He grasped Beck’s hand. A firm shake. His gaze locked with Beck’s. “I have a proposition for you.”

9781631053566SpringsDelightBallNC by Kathleen Ball
Bachelor to the Rescue by Lorraine Beatty
The Witch of Watergate by Warren Adler
Silent Treatment by Michael Palmer
Don't Scream (9780307823526) by Nixon, Joan Lowery
Terrors by Richard A. Lupoff
Las cruzadas vistas por los árabes by Amin Maalouf
Immortal Beloved by Cate Tiernan
A Cowboy in Ravenna by Jan Irving
Aster Wood and the Blackburn Son by J B Cantwell
Our partner