Read Betrayed (a story of love, lust and revenge) Online

Betrayed (a story of love, lust and revenge) 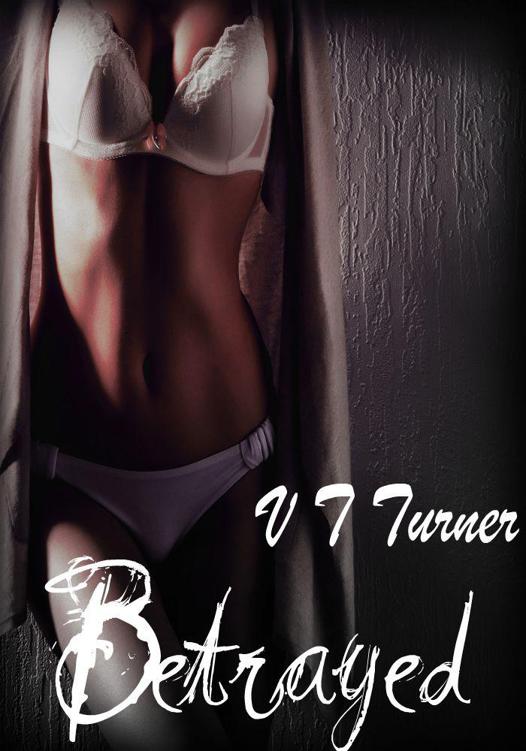 Sammy had very little in life, had left high school with few qualifications, dropped out of college when it became too hard for her, struggled to find a job, to choose a career path. She was living in a two-bedroom house on the outskirts of a decrepit town, her neighbors were drug dealers, prostitutes and addicts, people so down on their luck that society preferred to pretend they didn’t exist. She was one of them as well of course, she would never abuse her body with drugs, but she was just as poor, just as downtrodden. She got what she could from the government, who also paid her rent, but life was horrible and it wasn’t looking up.

Then she met Lenny. He was the same age as her but had everything that she didn’t. He had a successful job and was going places in his life. He rented a nice house in the city, took holidays abroad, bought things for himself that she could never dream of purchasing.

She met him on a night out. She didn’t go out very often, she couldn’t really afford it, but her friend dragged her along to a club in the city that were giving free drinks to the females in the hope of attracting as many women as possible through the doors -- hoping that the men would then swarm and pay for overpriced drinks all night. They did swarm and Lenny and his friends were some of the first through the door, the first to see her in her brand new dress that sparkled under the glittering glow of the buzzing fluorescents.

“I’m Lenny,” he said confidently, the first words he spoke to her. He stared, unblinkingly, into her eyes, a warm smile curling the corner of his mouth.

Lenny was a true gentleman. He looked after her all night. He took her to a pizza shop after the club, paid for her food, listened to her drunken waffling and then escorted her home. He didn’t even try it on with her, just left her with a kiss, his email address and his phone number.

She met him two days later. He was just as charming as in the club and, after a walk through the park, she took him back to her house and offered herself to him.

She was young when she lost her virginity, too young; it was messy, uncomfortable. Every time after that the sex was equally awkward and unpleasant, she was usually drunk, as were they, and it rarely lasted long. But with Lenny it was special. He took his time, caressed every inch of her, kissed her from the neck down, slowly and gently working his lips and tongue over every inch of her flesh until he reached her pussy.

She was smooth down there, had waxed earlier in the day, and he took his time enjoying the delicate skin, the smooth line of flesh that curved towards her moist vagina. He ran his tongue over her clit, kissed it, then pressed his tongue inside her, gently at first, then more forcefully. When she started to moan, when she instinctively put her palm on the back of his head and pushed him deeper, thrusting simultaneously with her hips, he sunk his tongue in even further, moving with a greater rapidity.

She never had oral sex before that, had never even orgasmed during sex. He kissed her afterwards, gave her a taste of her own fluid, then he fucked her. She came again, shaking, convulsing when he came inside of her.

She was breathless, sweaty and overjoyed. He still had a smile for her when he finished, was still interested in her. That was also a first. They held each other, their naked, sticky bodies locked tight. She could have stayed in that pose for eternity.

Her life changed after that. She was happy. She didn’t have everything that she had always wanted, but the others things -- the possessions, the house, the job -- didn’t matter. Her thoughts were clouded with love, sex and passion. She thought of little else and spent very little time away from him. The fucked like rabbits, an explosion of sweat, passion and desire.

They had sex everywhere. They did it at his parents’ house, when she went over for dinner and spent the night in his old bedroom. She struggled to hold back her moans and her screams as their bodies rocked against a squeaking mattress and a headboard that juddered against the wall with every orgasmic thump. At the time she didn’t care about the noise, she was too caught up in the ecstasy of the moment, but she felt a little awkward at breakfast when she saw his father with a wide and knowing grin and his mother with an unimpressed and restrained smile.

They did it in the park. They only went for a picnic but they couldn’t keep their hands off each other. They slipped into the bushes and he fucked her up against a tree, the sun beating hot beams onto his naked cheeks as he drove her into the shaft of the tree. They did it in the changing rooms at a department store, quiet and messy mutual masturbation, the result of which ended up on a pair of pants he had taken in to try on, a pair of pants that no one would ever want now; they did it at the cinema, she gave him a blow job during the previews, he fingered her during an intense action sequence; they did it in the pub toilets, on a bus and on the beach. They couldn’t keep their hands off of each other, wanted nothing more than to hold their naked bodies against each other; her to feel the warmth and hardness of his eager penis, him to caress her supple breasts and taste the sweetness between her legs.

Eventually the sex dried up.

She didn’t understand it. She still wanted him as badly as she had always done, if not more. She had fallen head over heels with him, they had only been together for six months but she couldn’t imagine spending her life with anyone else. She was only twenty-two, had plenty of her life ahead of her, but she was already convinced that this was it; it was going to be her and Lenny, a handful of kids and a quiet house in the suburbs. Heaven.

He had other ideas.

He started being distant with her. He often wouldn’t return her calls, coming up with lame excuses whenever she did get him on the phone. He didn’t seem to notice her half of the time and he barely kissed her, let alone fucked her.

She tried to rekindle the passion, tried to do something to bring him back to her, to remind him what he was missing, what he used to enjoy so much. He had bought her a phone and a new computer a coupe of months into their relationship. They used it to text and Skype each other whenever they couldn’t see each other in the flesh. They hadn’t spoken online for weeks, the last time she had caught him on there he had brushed her off.

She took a few pictures of herself, concentrating on her breasts; cupping them and squeezing them for the camera, moving to lick her nipples in one; rubbing them with the tip of her finger in another. She put on all the poses, flashed every inch of her skin. She excited herself doing it, imagining him viewing the pictures, imagining his cock thrusting against his pants; him pulling it out, masturbating right in front of his phone or computer, unable to hold his desire and desperation for long. Then he would want more, he’d phone her or even just come straight around and she would give him what he wanted, work his cock again and again until she had drained him of every drop.

She texted a few of the pictures to him along with a teasing message, telling him there was plenty more where that came from, before sending the rest through to his email account. Then she waited, naked and wondering, expecting him to come online and catch her. If he did she might even treat him to a live show.

He didn’t come online, didn’t respond to the pictures.

She was growing cold, goosebumps popped up on her flesh. She phoned him, her excitement and horniness was ebbing. When a woman picked up his phone, that excitement completely disappeared.

“Who is this?” she snapped.

The girl seemed annoyed that Sammy would ask. “Who is
this
?” she parroted.

“Oh,” the girl giggled. “That was
you
in the pictures?”

Sammy felt her heart hit the floor. She opened her mouth, closed it, cursed through clenched teeth. She heard Lenny in the background. He was swearing, rushing to the phone. She heard a commotion, heard the ruffling sound of a phone being dragged away.

She waited for an explanation, for Lenny to lie to her, tell her what she wanted to hear and might even believe, but the girl shouted before Lenny had the chance to say anything.

“He prefers my body!” she yelled, a manic hysteria to her voice. “And I’m a better fuck.”

Lenny spluttered something, he hesitated, his lines of lies thrown out the window.

She hung up. She dropped the phone on the bed, looked down at her naked body, the goosebumps now prominent all over, and then she began to cry.

Her phone rang a few times but she ignored it.

She watched the flames with absent, unblinking eyes, eyes that burned under the intense heat of the fire, eyes that saw nothing of the dancing yellow flames, nothing of the papers and pictures they turned to ash.

The small bonfire burned inside an old aluminum dustbin. She had never used it, had never seen anyone use any bins of its kind, but it had been in the back garden -- the small, dilapidated space sandwiched between her house and dozens of others -- when she moved in. An inexplicable piece of pointlessness, just like her. Only the dustbin now had a use, whilst hers had been rendered obsolete.

She sighed heavily, lifted her eyes from the flames for the first time since the embers had begun their intoxicating dance. A couple of the neighbors were looking at her, one through a second story window in one of the many houses opposite, another through a gap in the fence.

“Everything okay?” the eyes in the fence asked. The voice was male, soft and reassuring. She wasn’t sure if it was genuine or not.

Sammy shook her head, half to herself. She sighed again, lowered her eyes back to the fire.

“No,” she said softly, unheard above the crackling of the flames. “Everything is not okay.”

She had kept everything that she had shared with Lenny -- mementoes from restaurants, theme parks, cinema tickets, photographs, love letters -- and now most of them were ash.

“It doesn’t look okay,” the voice in the fence said.

Sammy looked up, sneered. She felt like telling the nosey neighbor that it was none of their fucking problem. That they should keep their business to themselves and keep their nose out of hers. But she didn’t. She didn’t say anything.

She watched the ash crumble, watched the embers fade to nothing and then, when the skies darkened, she went to bed.

She wallowed in her own misery for a few days. She drank herself to sleep, ate nothing but ice cream and pizza and sat in the darkness of her living room, the curtains shut, no air of life getting into the room. Her phone rang a number of times but she ignored it.