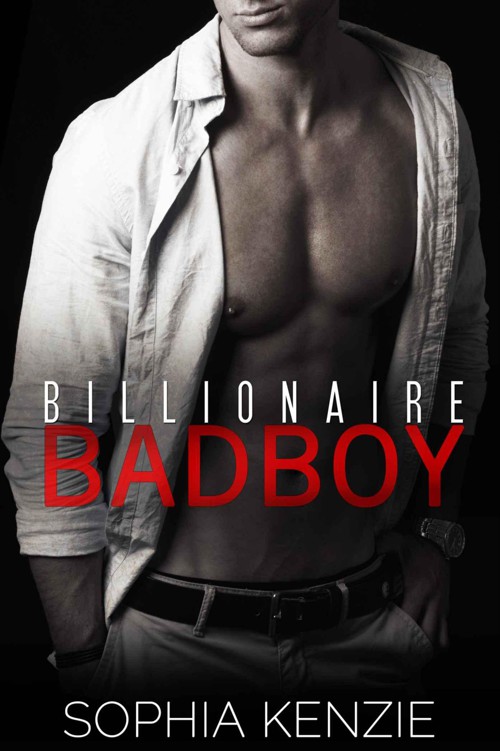 All rights reserved. This document may not be reproduced
in any way without the expressed written consent of the author. The ideas,
characters, and situations presented in this story are strictly fictional, and any
unintentional likeness to real people or real situations is completely
coincidental.

Because she lived it.

Join thousands of our
readers
on the
mailing list
to
receive FREE copies of our new books!

We will never spam you – Feel free to unsubscribe
anytime!

Connect with Sophia Kenzie and other Hearts Collective
authors online at:

To keep in touch and for information on new releases!

Tragedy struck last night when our favorite billionaire
bad boy ran his car into a tree on Lloyd Harbor Road. Sources close to him say
that he left his own house party around 1:00 a.m., after an evening of heavy
drinking. A call was placed to the local police regarding the accident at 1:13
a.m. Ambulances were on the scene at 1:18 a.m. He is currently being treated at
Huntington Hospital and is said to be in critical condition.

Those are the facts. That is all I know. For those of you
that have read my column in the past, you know I spent a few years reporting on
Mr. Stoneguard and that most of what I wrote were my opinions on his misguided
way of living. I may not always have agreed with the man’s lifestyle, but right
now, he’s fighting for his life. Because of that, I would like to offer you a
different opinion. I’m asking for the chance to present him in a slightly
altered light.

I met Theodore Vincent Stoneguard IV, or Teddy as I like
to call him, seven years ago. I spent an entire summer chasing him down and
reliving those exciting moments again and again with each new article. Over the
course of that time, I got to see the worst of him, and that’s what I chose to
share with my readers. That’s what brought you back each week: the drama. But
what I never told you is that in that time, I also got to see the best of him:
the part of himself that he shared with no one except me.

I asked him once what made me so special. I asked him why
he chose to share his goodness with me and hide his humanity from the rest of
the world. You know? He never told me. I can only hope that one day I’ll get
the chance to find out.

Like any one of us, Teddy has had his struggles and
heartbreaks. He’s had his reasons for acting out. But if you look past the
childish games and the immature antics, you’ll see a man who is just looking
for his place in this world, trying to figure it all out. And isn’t that what
we’re all doing?

Normally this is where I’d say that he deserved what was
coming to him, and while I don’t wish death on anyone, he had to realize that
if he kept up the type of lifestyle that he was so drawn to he had no chance of
making it to his thirtieth birthday. But right now, I can’t bring myself to
think those thoughts or write those words with conviction. I can’t approach
this piece with my habitual sense of cynicism. Instead, I’m asking you, my
readers, to pray for his wellbeing. Pray that Teddy pulls through this terrible
happening. Pray that he makes it out of this alive. Pray that I’ll have another
article to write next week. I’m asking you to do this for me.

I’m asking this of you because I love him, and I never
told him.

Well, isn’t this just like me? I have stopped surprising
even myself. It seems only fitting that I would wrap my favorite car around my
favorite tree.

I’m not one for telling stories; I’m usually the one the
stories are told about. When you tell stories, you’re forced to engage. You’re
forced to pretend you care. Engaging and caring aren’t exactly what I’d
consider my strong points. They aren’t traits I’ve ever cared to own. But,
right now, in my current state, I think I’m willing to make an exception.

You know how they say when you die, your life flashes before
your eyes? Well, funny, it’s true – and yet it’s not. Or maybe it’s different
for everyone. In my case, the only life I could see was the one I shared with
her. That was the life that both started under that tree and ended under that
tree. Maybe it was the only life I really ever had.

I’m going to warn you right now: whatever you do, don’t get
attached to me. If you haven’t caught onto it yet, I die in this story. Weird,
right? Believe me, I know. What is also weird is that I feel compelled to tell
a story as my life is slipping away from me; I’m usually a bit more selfish
than that. Actually I’m a lot more selfish, but pot-a-to, pot-ah-to, right? Contrary
to this very proven fact, here I am giving to others with my last dying breath.
Look at me, finally learning what it’s all about… just a little too late.

I guess I’ll tell you a tad about me first, as I’m the
storyteller, and you’ll need to know you can trust me. That’s how first person
stories work. Or at least how they should work. There’s a very famous tale by a
very famous man, and right in the beginning of the book he warns the reader of
his biggest flaw by saying “I’m the most terrific liar you ever saw in your
life.” The man literally tells you he lies without cause, and then you go on to
read the rest of his story. What? Seriously? Go back. Read that book again. Tell
me, now, if you trust anything he has to say.

But that’s why I’m being so up-front with you. I want you to
know that everything I have to tell you is true. Funny, I’ve done a number of
“terrible” things in my life (a quick note on the word ‘terrible’- I don’t want
you thinking I’m some sort of bird-slaying serial killer. I’ve just been known
to take advantage of people so I get what I want), but ask anyone and they’ll
tell you I’ve owned up to all of those “terrible” things. Maybe even a little
too proudly.

But that’s who I am.

My name is Teddy. And now you know everything about me,
because, let’s be honest, only pretentious families name their son ‘Teddy’. And
just to give you insight into the level of pretentiousness, my full name is
Theodore Vincent Stoneguard IV. Again, believe me, I know. I have roman
numerals after my name. Getting a girl to sleep with me after she learns that
piece of information is as easy as breathing. Or easier, if you consider my
current state. Get it? Because I’m dying… so breathing is a bit difficult…

Back to the roman numerals. Here’s the thing: when a father
decides to name his child after him, it means that he believes he’s deserving
of a legacy. It links the child to his father… anything the father does will
forever be remembered for as many generations as the name continues. I’ll
repeat: I’m Theodore Vincent Stoneguard IV. For those of you who aren’t too
familiar with the Roman’s system of numbering, my great grandfather was the
first Teddy, my grandfather was the second Teddy, my father was the third
Teddy, and I’m the fourth Teddy. Needless to say, my family’s legacy is quite
profound.

I always said if I ever had a son, I’d name him Paul, just
to piss everyone off.

But it looks like that won’t be a problem for me anymore, as
I never did have a son and, as I’ve already warned you, I die in this story. I’m
not looking for pity, just stating a fact.

I’m twenty-nine years old, which sucks. No one takes you
seriously when you’re twenty-nine. Now, I’m not saying that I deserve to be
taken seriously just yet in my life, but knowing that I wouldn’t even get the
chance to be heard definitely didn’t help in my desire to try. Oh, I know, poor
little rich kid complaining that no one listens to him. It’s so cliché.

I never said I was original.

But the other reason twenty-nine sucks is that now, as my
life begins to flash before my eyes, I realize there just wasn’t much life. I
went to prep schools my entire childhood, and then straight to four years of
college, then another three years of law school, and finally another year to
gain my Masters of Law degree. For two and a half years after that, I worked at
my father’s company, the company that was one day promised to me. That promise
was then fulfilled six months ago. On that day, the day I took charge, I
finally got my chance to be taken seriously.

Had I been given more time on this earth, I would’ve made a
great CEO. Don’t believe anything you’ve heard to the contrary, because I work
hard. If anyone has said differently, call them out: they’re liars. I am
determined to prove my worth in the corporate world. I will never be the person
they claim doesn’t deserve what he was given.

But just as I work hard, I play hard. Harder.

Now ask me how many convictions I have on my record. I’m
sure you can guess by my smug attitude that the number is zero. And that’s why
I chose law. I’ve always been very talented at making other people see my
point… in all areas of my life.

Except when it came to her.

I’m pretty charming, yes. I lead a fast paced, thrilling
life. I have a way of making the ladies swoon, but there have been enough
stories about me. If you’re interested, just check out her column: thirty-five
articles all about this guy. It’ll tell you everything you need to know about
the life of a billionaire bad boy.

But there haven’t been any stories told of her, of Ashley. I’m
sure you’ve heard of her, yes. She wrote a pretty compelling, eye-opening book.
It was the book that almost took down my entire family… and in a way, it did. But
hearing stories about someone and actually knowing their true story, are two
very different things.

So that’s what I’m going to set straight. As my life flashes
before my eyes, the life I shared with her, I’m going to tell you the story of
Ashley Leigh.

As she is all I can see, I really have no choice.