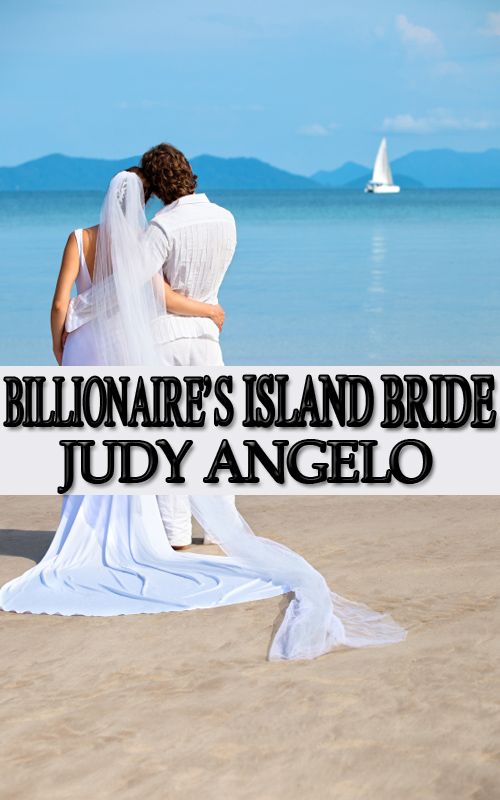 All rights reserved.  No part of this book
may be reproduced or transmitted in any form, electronic or otherwise
(mechanical, photocopying, recording or stored in a retrieval system) without
the prior written consent of the Publisher.  Such action is an infringement of
the copyright law.

This book is a work of fiction.  The names,
characters, places, and incidents are products of the writer’s imagination or
have been used fictitiously.  Any resemblance to persons, living or dead, is
entirely coincidental.

Volume
1 -
TAMED
by the BILLIONAIRE

She shook her head
and bit her lip.  That was easy for Robyn to say.  Robyn was the daring one but
she’d never done anything like this in her life.

“Go for it,” Maria
said in support.

Erin could have
happily smacked her.  Perspiration settled on her brow but it was not from the
Caribbean sun that bore down from a cloudless sky.  Erin was nervous as hell.

Inhaling deeply
she floated her palms on top of the sparkling water of the swimming pool and
stared across its length to the knot of men sitting at the pool bar.  They were
drinking, talking and laughing, their backs to the pool and the swimmers, their
lower bodies submerged in water.  The pool bar was a popular location and all
the concrete stools were taken with a few of the men resorting to standing in
the waist high water and leaning on the counter.

“Just do it and
get it over with, Erin.”  That was Tisha talking.

Erin turned to
look back at the group and not for the first time since they’d arrived on the island
of Santa Marta she wondered what in heaven's name she was doing here with them.

They were like a
rainbow coalition – Robyn with her pale freckled skin and copper red hair,
Maria with her waist length black hair and Latin features, Tisha with her
shoulder-length braids and mahogany skin.  And then there was her, with her creamy
skin and chestnut-brown hair.

But they were not
a coalition by any means.  She was the odd one out.  They were all from wealthy
families, privileged girls who thought nothing of making trips to the islands
for sun, sea and sand.  She, on the other hand, had only made it here through
the generosity of Robyn’s parents and their strong suggestion that Erin take a
well-deserved break from on-campus work.  She’d spent several months with them while
in foster care and they’d been very kind.  Now, even though years had passed
since she’d left, they still insisted on reaching out to her from time to time
with small surprises.  This trip was a huge surprise.

Robyn had not
been pleased at the sudden addition to her travel party but she finally
conceded at her parents’ insistence.  Erin suspected that she’d given in only
because she thought she’d found a readymade gopher for the trip.

Now here she was,
caught in a stupid dare, one that her sense of fairness would not let her get
out of.  The other girls had all performed their assigned tasks which ranged
from flirting with strangers to kissing the bartender.  And although she'd told
them she was not interested she'd been roped into the game.  Now it was her
turn.  She refused to kiss anyone but they’d demanded that she meet them
halfway – so she’d agreed to the task: select a man, strike up a conversation,
and if he asked her out within two minutes of meeting her she’d win the bet.
Stupid?  Sure, but she was tired of the harassment and the accusation of being
a wet blanket.  She’d do it and then tell them to leave her the heck alone.

Tisha swam up to
her.  “I see a real cutie.  Check out the blond-haired guy.”

Following the
girl’s finger she stared at the back of a tall, well-built man with spiky hair.
As she watched he turned to the man beside him and, laughing out loud, gave him
a slap on the back.  The blond-haired man seemed friendly enough and probably
would not take offense but still, for some reason she had reservations about approaching
him.  He might like the attention too much.

Surveying the
backs of her potential victims Erin’s eyes fell on the strong, lean torso of a
dark-haired man.  He sat with his back straight although he seemed relaxed in
every other way.  He was sipping a martini and though he often smiled at the
jokes of the other men he seemed more reserved, even aloof.  This man, clad in
hip-hugging black swim trunks, exuded a power which seemed to draw her to him.

Immediately she
knew he would be her target.  He looked like a serious kind of guy who would
just have a normal conversation with her and then let her go.  She didn’t care
if he asked her out or not.  She just wanted her task to be over.

And that would be
the end of that.

Sucking in a deep
breath, Erin began a slow wade through the waist-high water.  She never took
her eyes off the back of her now chosen prey.

She was halfway
across the pool when she heard giggling behind her.  Turning, she gave the
girls a scathing look.  They held their hands over their mouths, still sniggering,
but thankfully they quieted down.  The last thing she needed right now was
distraction.

Slowly, Erin
turned and continued her slow march through the water.  Alright, she was scared
but she’d never backed away from a challenge and she certainly wasn’t going to
start now.  More than that, at all costs she wanted to avoid Robyn’s sulking.
The girl was a whiner and a bully and tonight Erin did not want to deal with
the drama.

She was almost
there now.  She could see the damp hair curling at the nape of her victim’s
neck.  He was laughing, a deep rumble that emphasized his masculinity.  Was this
a man she could flirt with?  She bit her lip and kept walking.  Too late to
turn back now.

So focused was she
on getting to her target that she forgot the curved metal bar that ran
underwater behind the stools.    She bumped her foot, lost her balance and
began to pitch forward toward the man.

Flinging her arms up
Erin grabbed for the nearest support, anything to keep herself from falling.
That happened to be the dark stranger's shoulder.  She pulled him off his
stool, throwing him backwards into the liquid blue of the pool.  There was a
shout and a huge splash and, to her horror, he disappeared beneath the surface.

“Oh, my God, I’m
so sorry.”  Her hands flew to her mouth and she stared wide-eyed as her victim
jumped up, coughing, black hair pasted down on his head, water streaming down
his face.

Her eyes rose to
his face and she took an involuntary step back, suddenly overwhelmed by the
sheer height of him.  While sitting he had looked tall but now, face to face,
he towered over her five feet four inches.

He was still
coughing and by now his friends at the pool bar were laughing heartily at his
demise.  Even her friends' giggles had turned to peals of laughter.

But Erin did not
take her eyes off the man in front of her.   His black hair curled wetly around
his tanned face and the set of his jaw emphasized his square chin.  But it was
his gray eyes, so unusual in his dark face, that held her gaze.  She could not
look away.  Like a wild cat he was watching her.  Now she was the prey.  The
look on his face made it clear she was in deep trouble.

He took a step
toward her and she backed away.

Before she could
move another inch he caught her wrist and pulled her up against his hard body.
She was pressed so close that she could feel the ripples of his stomach muscles
against her chest.

When he dipped his
head she jerked back and clamped her lips shut.  What in the world?  Was he
trying to kiss her?  Was he crazy?

Suddenly Erin felt
herself falling backward and as she hit the water she shrieked.  It was cut
short when she went under but in seconds she was up, coughing and spluttering,
glaring at the now laughing man who stood before her.

His smug
expression, his laughing mouth, the amusement in his eyes so incensed Erin
that, before she knew what she was doing, her hand flew up to shove him in the
chest.

But he was quick,
too quick for her.  As it went up he grabbed her wrist.   Then, staring deep
into her eyes, he turned her hand slowly and bent his head to plant a searing
kiss in the middle of her palm.

The touch of his
lips sent an electric jolt shooting up her arm and through her body.

She snatched her
hand from his.  With all the haughtiness she could muster she held her head
high, turned and pushed through the water and away from the laughing man.

“I’m leaving,” she
said to the girls, her voice clipped and cold.

To her surprise
and relief they followed her out of the pool without protest, saving her the
indignity of listening to the man’s mocking laughter.

Dare watched the
curvy brunette leave the pool, her posse of giggling friends in tow.  She’d
looked very young but she was obviously in charge.  Although the smallest in
the group, she held herself like a queen and the three girls tripped after her.

“You’re getting
old, man.”  His attorney, Ed, slapped him on the back, still laughing.
“Normally you don’t let them get away that easily.  Are you losing your touch?”

He shook his head,
still watching the girl’s delectable tush in her hot pink bikini as it
disappeared around the corner of the pool hut and out of his view.  Only then
did he turn to Ed.

“No, still on the
ball, but you’ve got to know how far to go with girls like her.”

“Girls like her?”
Ed raised his eyebrows.  “You know her?”

“Don’t need to.  I
know those kinds of girls and that’s all that counts.”

“Didn’t you see
that was a set up?  That was no accident.  That girl and her friends were after
something.”

“I’ve had enough
of them throwing themselves at me to know when there’s just another groupie
around.”

“Somehow she
didn’t seem that way to me.”  It was the first time Roger had spoken.  He’d
done his share of laughing but had made no comment throughout the whole
episode.  Now Dare’s accountant sounded amused but mildly protective.

“Hold up.”  Dare
gave him a hard look.  “Don’t tell me you’re falling for that game.  Don’t you
see it was all a ruse to get my attention?”