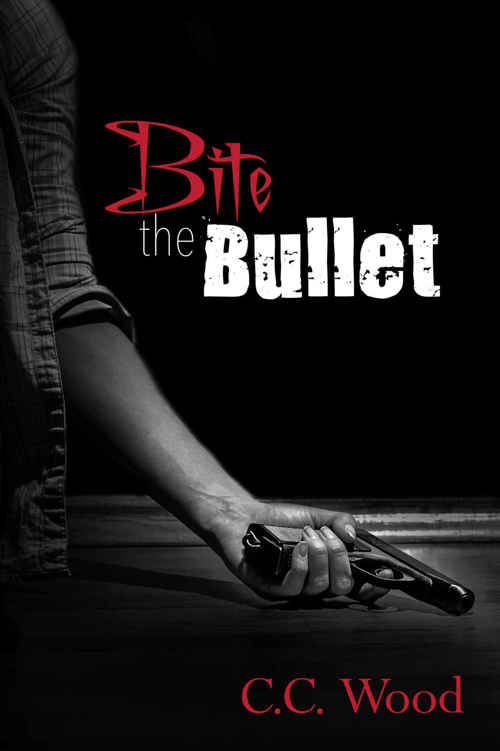 Do not share or distribute copies of this work. Karma is a good friend of mine and she doesn’t like pirates. This work is the property of the author and should only be purchased through reputable sales channels. No part of this work should be scanned, copied, or reproduced in any way.

This is a work of fiction. Any resemblance to persons living or dead is either coincidental or used with the persons’ consent.

T
he study was
silent except for the crackle and hiss of the wood burning in the fireplace. Conner sat perfectly still, his gaze steady. I wanted to fidget beneath the intensity of his stare, but I didn’t dare. I wanted him to understand that I was serious about what I’d just asked of him.

The silence deepened and I began to wonder if I’d made a mistake. Maybe I should have spoken to Donna first. She would have at least listened to what I had to say.

Well, no matter what I was thinking, it was too damn late to take it back. I would just have to convince Conner that what I was asking of him was the right thing to do. Although most people wouldn’t find the explanation
a hunch I felt down to my toes
as adequate.

Since my friend Donna had met Conner months ago, her life, my life, and the lives of our friends had been turned upside down. When Donna and Conner started dating there was a female vampire named Vanessa who’d taken exception. She had plans for the vampire Council and for Conner. Those plans didn’t include a human mate for the male she wanted as her own.

It was almost too late when Conner discovered that she was working for a group called the Faction. Vanessa was the first step in the Faction’s bid to take over the Council based in Dallas. From there, they had plans to take over the Southern states, then the entire nation, and eventually the world.

One by one, my friends had found vampire or shifter mates and fought their own battles with the Faction. Donna was turned into a vampire and Ricki had become a werewolf after separate attacks nearly killed them both. They also discovered strengths within themselves they’d never known possible.

Now, I was the only one still single. Not that it bothered me. Alpha men were sexy in books, but more of a pain in the ass in reality.

It also left me free to do what was necessary to save us, but that wouldn’t happen unless I was turned. I knew it without a doubt.

I sat up straighter in my chair. “Why do I want you to turn me into a vampire?”

That was the question I dreaded. I never discussed my gifts so it was difficult to explain how they worked. As a sensitive, I wasn’t fully precognitive. I didn’t have visions or exact knowledge. I had impressions of the immediate future, more like a sense really. It was good enough to defend myself in a situation or to avoid catastrophe, but not much else.

However, since Conner and the other vampires had come into our lives, my gifts were growing in strength and breadth. I’d begun to have…vibes for lack of a better word. I would suddenly know with utter certainty that something was about to happen.

It was what saved Ricki and me the night that several of Conner’s men revealed themselves as traitors and tried to kill us.

Since then, I listened to those instincts, and over the last few weeks, as I fervently wished for a way to help protect my friends and myself, the belief that I needed to be turned began to fill my mind.

Still, with vampires, honesty was the best policy. I could keep most of them out of my head, but it would only take one stray thought to lose the fragile trust I’d built.

“I…know things,” I answered. “I can’t see the future in exact detail but I have these premonitions when something is about to happen.” I cleared my throat, my one concession to nervousness. “I have a strong feeling, Conner, that I need to be turned, that it will be vital to my survival.
All
of our survival.”

He leaned back in his chair and laced his fingers together over his flat abdomen. “Is that the only reason?”

I sighed. “No, it’s not the only reason. I’m not lying when I say that my abilities are part of it, but I can’t stand sitting idly by while others protect me, fight for me.” I shifted forward to the edge of my seat. “Conner, I know that, as a human, I’m a liability, but I’ve had training, experience—”

“Experience? Training?” he asked, frowning at me.

Shit. There were so many details of my life that I’d been required to keep secret, not because I didn’t want to share, but because of my former employer’s non-disclosure agreements.

“You know I used to work at a private security firm?”

“Well, I wasn’t really an administrative assistant. Mostly I carried out surveillance and planning, but there were times I did more.”

“So you were an operative?”

“More or less an analyst who was occasionally needed in the field.”

Without responding to my admission, he got to his feet and walked to the bar near the fireplace. “Wine?” he asked.

I watched as he poured a glass of wine for me, and then a scotch on the rocks for himself. He walked over to me, handing me the wine and settling a hip against his desk.

He waited until I sipped before he spoke. “I’m going to ask you a question, Shannon, but I don’t want you to be offended.”

I suppressed a sigh because a statement like that usually meant I would most definitely be annoyed by the question.

“Are you sure you aren’t feeling this way because you’re used to being in charge?”

I laughed and Conner looked surprised. “I’ve been asking myself the same question for over a week. Unfortunately, I don’t think that’s it, because this intuition is getting stronger.” I took another sip of wine. “My abilities are also developing rapidly, Conner. Before all of this started, before you met Donna, my sensitivity would only kick in a few minutes prior to an event. In the last few weeks, I’m suddenly hearing snatches of people’s thoughts and I
know
when things are going to happen, even mundane things like a phone call or the arrival of the mailman. These forewarnings are now coming hours or even days before the occurrence rather than just minutes.”

Conner listened to everything I said, rolling his glass between his hands. “I see.”

My heart sank as he tossed back the scotch and set the glass on the desk with a solid click, never once looking me in the eye. Though Conner was difficult to read, I could still feel tendrils of regret and worry emanating from him.

“I won’t turn you, Shannon,” he finally stated, lifting his eyes to mine. “I can’t.”

Though I knew it was coming, his words still made my stomach twist. My hands held a fine tremor, making the wine I held slosh. Setting my glass on the table next to me, I asked, “Why?”

“You have to understand, when a vampire turns a human, it creates a bond between them. A strong bond. If a vampire has mated, that bond can create problems between them and their mate.”

Comprehension washed over me. He wasn’t saying no because he didn’t want to help me. The understanding was swiftly followed by embarrassment. “Oh my God, Conner. I didn’t realize. I’m so sorry—”

He shook his head and lifted a hand. “Stop, Shannon. Of course you didn’t know. You are still learning about my people.”

I didn’t mention that I’d dealt with vampires during the course of my work before. I was still bound by non-disclosure agreements and my own ethics. The vamps I’d met had been disdainful of humanity, nothing like Conner and the rest of his men. Though I wanted to tell him, I nodded instead.

“I will discuss your request with the unmated vampires I know.”

Immediately I wondered if Asher Leroux would be one of them and a chill washed over my skin. Though I’d only been around him a few times, Asher stirred emotions in me I’d never experienced before. Like any intelligent woman, I began avoiding him because I didn’t know what to make of my feelings. Until I had a chance to analyze and classify my attraction, I intended to keep my distance. The last thing I needed was for a highly psychic vampire to catch one of my stray perverted thoughts about him, especially if he didn’t reciprocate my attraction.

“Shannon, I want you to consider any offers you receive carefully,” Conner stated. “Even if you’re not romantically involved, you’ll have a psychic connection to this vampire until you’re strong enough to break it. That could take years, even decades.”

I wanted to tell him that none of that mattered because all I cared about was keeping my friends and myself alive.

Apparently, Conner followed my line of thinking and shook his head at me. “Don’t be too shortsighted. What happens when we defeat Cornelius and dismantle the Faction, Shannon? You’ll be stuck with someone for a long time. You’ll know what they’re thinking and feeling and they’ll know the same about you. That’s why vampires rarely turn humans unless they’re mates or family. It can easily become an uncomfortable relationship, especially if you don’t know each other well.”

“So there would be no chance of divorce, huh?” I quipped.

Conner leveled a stern look in my direction and I shrugged in response to his lack of amusement.

“If you can’t change a bad situation,” I commented, “You can at least find a way to laugh at it.”

He closed his eyes and pinched the bridge of his nose as though his head hurt. “Jesus, you’re just like Donna.”

I grinned at him. “Maybe she’s just like me. It’s been said I’m a bad influence on more than one occasion.”

The tension that crackled in the study moments ago suddenly dissipated. I found myself taking a deep breath and felt the muscles in my back and neck finally relax. I hadn’t realized how tight my body had become during my conversation with Conner.

Smiling back at me, he straightened from his desk. “Well, I have a training session scheduled with my men and I believe Donna was looking forward to spending some time with you before you go back to the safe house.”

Season of Second Chances by Brighton Walsh
Monkey Wrench by Nancy Martin
The Pope's Last Crusade by Peter Eisner
An Education by Lynn Barber
Thank You for All Things by Sandra Kring
Little Girl Lost 6: The Return of Johnnie Wise by Johnson, Keith Lee
Back to the Heart by Sky Corgan
Lying Lips by Mahaughani Fiyah
Bitch in Heat (Werewolf Erotica) by Lilith Kinke
Wuthering Frights by H.P. Mallory
Our partner