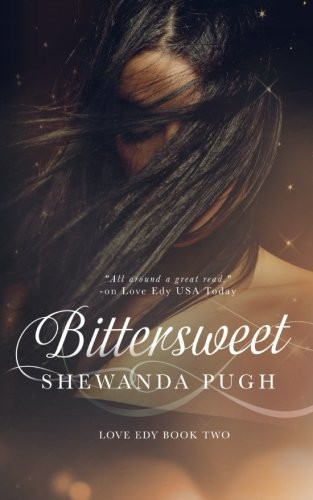 This ebook is licensed for your personal enjoyment only. This ebook may not be re-sold or given away to other people. If you would like to share this book with another person, please purchase an additional copy for each recipient. If you’re reading this book and did not purchase it, or it was not purchased for your use only, then please return to
Amazon.com
and purchase your own copy. Thank you for respecting the hard work of this author.

“
Life at best is bittersweet.”

The fear of not seeing pulsed hotter, truer, and more ferocious than the fear of seeing and knowing. With Hassan’s muscle-bulked body taunt over hers, Edy succumbed to the numbness. Even her breathing came in reluctant swallows. Tires shrieked outside. No, tires screamed their getaway as Hassan’s forehead pressed into hers. In his eyes flamed the fires of desperation.

“Don’t,” he whispered in Punjabi, lips brushing hers. “Don’t move yet.”

“This is the District Attorney, Rebecca Phelps. I have shots fired at my personal premises with one individual in need of urgent medical attention. The address is 2260 Dunberry Street.”

A bubbling, gurgling sound emerged. A wet splat of a cough.

“You probably want to hurry,” Edy’s mother said. “Either that or send the coroner.”

‘Coroner’ punched Edy in the gut. Friend or not, Wyatt wouldn’t meet his end bleeding out on her living room floor. Nor would he do it while her mother blew him off like another stray cat.

Wyatt gasped, as if shocked by some sudden, unseen fright. He began to moan, low, slow drawn out mewls, before a grunt seized him. He stilled.

“Wyatt?” Edy screamed. The second Hassan let her up, she tore for him.

Edy slowed once Wyatt lay at her feet, chalk white and rigid as a high wire.

Wyatt coughed, splattering blood on hard chapped lips, on an em dash of a chin, on cheeks of oyster, alabaster, pearl, wax.

“Yeah?” Already he stood at her side.

It snagged on his eagerness and tore. Left in a sculpting, bare white tee amidst the whistle of frostbitten winds, Hassan held out his only source of heat to Edy in an offering. Offering her his last.

Edy dropped to her knees and ran frantic hands across Wyatt’s torso, halting at the slick stream painting his rib cage.

“Here,” she said and Hassan fell down alongside her. Together they pressed his battered sweater to Wyatt’s chest, clenching so that their knuckles touched. Edy’s heart strummed, gruesome as a death march, cadence steady despite the task. Her mother stood with her back flat to the wall, eyes narrowed, mouth cork screwed in disapproval. Every so often, she proffered a weak command for them to get away from Wyatt, to let the authorities do their job when they came.

Hassan leaned over him and put an ear to his lips as a single siren wailed long and low, too far, too slow, too late. Warm wetness pooled at their knees, gathering, growing, threatening by the second, and Edy refused to see it or to believe it. Wyatt whimpered. His chest shuddered and he swiped an arm out at thin air.

“I heard you,” Hassan said and jerked backed, burned.

Edy pressed a sopping sweater against Wyatt with all her might and shoved back the vicious lie that said ‘too late, out of time, so long.’ It all felt no good. She shoved harder against his ribs, then harder, and a broken breath escaped him, as if she’d done more harm than good.

Edy wiped her face and the tears ran like blood now.

Hassan stared off, distant, as if waffling between here and there, as he knelt nearby. Edy nearly screamed at him to keep up, to apply pressure, to apply all the pressure, but when her lips parted, he moved: he whispered to Wyatt. Then he went to pull down a curtain.

Up and on his feet he went, away from Wyatt with blood on his cheek and his fitted white shirt, blood flooding the knees of his jeans, and blood like gloves on his hands.

Sirens sliced into Edy’s skull as the hulking hole of night blew every scrap of fabric and scrambled red lights overhead. A bang sounded and then another. Wyatt wouldn’t move. Edy couldn’t see; if only she could stop shaking long enough and really see what was before her, she could make sense of all the red, all the blood, and—and—

Rough hands yanked, shoved, and twisted Edy towards the exit as shouts followed her. Screams. Chaos. Don’t move. Don’t move. With the front door battering against the wall, and the window yawning like some forgotten cave, Edy welcomed this at last, the barking cavalry of hell’s legion, chaos at dawn, and the sight of her own personal hell having frozen over at last.

Hassan examined the gash on his right hand with mild interest, curious as to what point he’d earned it. His hand shook; his whole arm shook, and the tightness in his chest worked like a vice. He believed he could whittle away the panic. He believed he could wish away the night. He closed his eyes, opened them, and found all exactly as it had been.

He swatted at the EMT impatiently as his legs dangled from the rear of the ambulance. “That’s enough,” Hassan said. “I’m good.”

The man frowned down at his work. He’d cleaned the wound, applied an ointment, and looked at a roll of gauze longingly. “Really, you should let me—”

“I said ‘no.’” Hassan snatched his arm free and stood.

They’d rolled Wyatt away on a gurney. When that happened, the wheel of the stretcher had bumped on the door frame’s ledge, causing his arm to swing out from the bed. Long, white, limp—that was Hassan’s last image of him. He thought of it now as he stared at the Green’s front entrance. A uniformed officer banged at the door. Another stood at his side. The wind howled in response.

He couldn’t watch that. He couldn’t stand this. Swarming, aimless flashing lights, the methodical sectioning and combing of here and there, and Wyatt’s swinging arm, slipped out to greet him.

He’s dead. No one loses that much blood and lives.

Hassan’s thoughts turned to Edy, Edy whose friend had been shot. Quick steps brought him to her, in the cold, in the dark, in the madness they’d rushed home. Get to her was his only command.

She stood underneath a winter-stripped oak wrapped in a fleece Patriots blanket. Seeing her reminded him of his own bare arms and of how cold he should have been.

He slid in with her, wrapped her in the circle of his arms so tight, and exhaled a puff of exhaustion. Better, he thought. Best. Because he couldn’t think just now. He could only feel and breathe in drafts, so wrecked was he from the senselessness of it all. Some part of him, some inner part, fractured and burned, fluttering off in winter winds ashen piece by ashen piece.

“Hassan,” Edy said. “I—I’m freaking out. I’m going to lose it completely.” Her eyes swept the lawn without seeing, watering to overflow, sliding into panic.

She would keep it together or he would unravel right with her.

He yanked at her as if he could rouse her into forgetting, into going backward, into being yesterday’s Edy and therefore okay. In this tighter, fiercer embrace, he was hyper aware of his every clenched muscles, of her fingers first touching, then digging into his side, and of the snow that eventually began to fall.

He’d hold them together if it took all night.

She ran a hand across his face and he caught her by the wrist. Funny how the noises dulled then, how the rushing thuds of footsteps and the commanding voices drifted to insignificance when she looked at him. While he couldn’t will every muscle in his body to release, or his heart to slow down on the gallop, he could do this. He could hold her and she could him. They could ground each other, help each other. It worked two ways.

She licked her lips.

And he kissed them.

It happened that fast.

Edy spent her morning pretending to rest behind the locked door of a hotel room. A glimpse out thickly curtained windows revealed the encampment of news vans and the Boston Harbor beyond. Even the sun dared not peek out that today. It lay safely enmeshed behind a dreary tangle of gunmetal clouds.

In the adjoining suite to Edy’s left, her parents hadn’t bothered with the pretenses of relaxation. Snatches of ruptured hisses made their way back, paired off with an occasional shout of a name or word that meant absolutely nothing to her. Were they yelling about Wyatt being shot? Were they yelling about Hassan kissing Edy? Eventually she realized the room held four voices instead of two.

Kisses. Kisses and Hassan’s parents. It all felt so small and childish, inconsequential when violence crashed in. Rani hadn’t thought so, though, judging by the horror on her face when she pulled them apart. Life had gone on after that second, with the police policing and the neighbors gaping, leaving her to stand there, swallowing like her throat had been damaged.

“You can’t,” she’d said. “You know you can’t do this.” Afterward, she’d disappeared into the crowd she’d emerged from.

Four walls. Four walls made a room vast, or small, significant or inconsequential, lofty and grand, or crumbling into worthlessness. Edy dropped into a plush crimson armchair and wondered if the people, the parents, in the adjacent suite were her four walls. They could close her in, protect her, or vacate altogether.

Would some part of her collapse if one did?

She had questions, questions that closed in on every hour. Had Wyatt died? Had she caused it? Why were they still plotting next door?

Titanic guilt. Suffocating regret. Hassan slipped in from the opposite from just as Edy lurched from the window, just as choking bile freight trained up her throat and into her mouth. She bolted for the toilet, tangled on the laces of her cherry Converses and slammed skull first, hard into luscious carpet. Vomit shot from her nose and mouth, while the left side of her face revolted in agony.

“Edy, baby …” Hassan knelt beside her, expression bewildered, careful to avoid the sop she’d made. When he reached for her, though, Edy shoved him away, choking and rubbing at her nose.

She’d start by getting up on her own two feet.

Hassan didn’t need to be told twice what she needed. Edy struggled to her feet in a maze of unsteadiness, paused as the room pitched, and shuffled foot by careful foot to the bathroom.

Hassan rushed ahead to turn on the shower. He returned with an armful of white towels, some of them damp. Once in the bathroom, Edy shut herself in, shed her clothes, and let the scalding water bring her back to life.

She’d been lonely. Lonely in a sea of love when she met Wyatt and that kind was the easiest to miss. She’d been a terrible friend, a bitter blink of what should have been, and she’d used him to powder blemishes in her life.

There. She said it. And it bled to admit it. Their relationship had been wrong; rotten and wrong, twisted by manipulation from her end and his end.

She saw that now. She saw a lot now.

Jubilee's Journey (The Wyattsville Series) by Crosby, Bette Lee
The Cape Ann by Faith Sullivan
The Christmas Ball by Susan Macatee
Alien Desire: A sci-fi contemporary menage romance (Stargazers Book 2) by Thalia Frost
Someday This Pain Will Be Useful to You: A Novel by Cameron, Peter
Chains and Memory by Marie Brennan
She by Annabel Fanning
Europa Conspiracy (Babylon Rising 3) by Tim F. LaHaye
Portal-eARC by Eric Flint, Ryk E. Spoor
The Edge Of The Cemetery by Margaret Millmore
Our partner