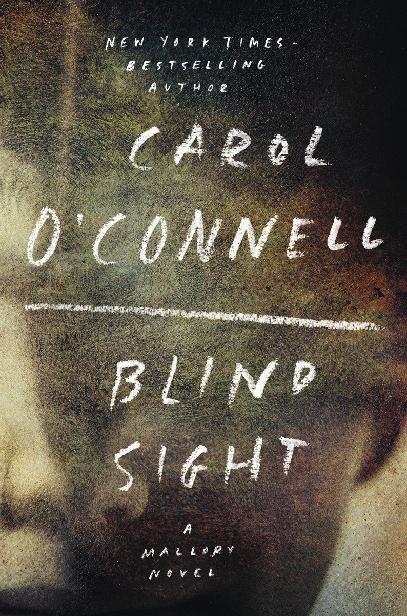 The extraordinary new Mallory novel from one of the most acclaimed crime writers in America.

A blind child and a Catholic nun disappear from a city sidewalk in plain sight of onlookers. There, then gone—vanished in seconds. Those who witnessed the event still cannot believe it happened.
It was all too real. Detective Kathy Mallory and the NYPD’s Special Crimes Unit enter the investigation when the nun’s body is found with three other corpses in varying stages of decomposition left on the lawn of Gracie Mansion, home to the mayor of New York City. Sister Michael was the last to die. The child, Jonah Quill, is still missing.
Like Jonah, the police are blind. Unknown to them, he is with a stone killer, and though he has unexpected resources of his own, his would-be saviors have no suspect, no useful evidence, and no clue — except for Detective Mallory’s suspicions of things
not said
and her penchant for getting to the truth beneath lies. Behind her back, the squad’s name for her is Mallory the Machine, yet she has a dark understanding of what it is to be human. A child is waiting, time is running out, and atop her list of liars is the mayor himself…and a theory of the crimes in which no sane cop could believe.

Praise for
Blind Sight
“O’Connell’s 12th Mallory novel has all of her trademarks: a twisty puzzle, page-turning suspense, and a dark and complex city of corruption. Above all is the cool, scary Mallory, who sees through the smokescreen of civility to the violence within. As one character says, ‘Vengeance, thy name is Mallory.’…A solid entry -- The mystery is satisfyingly complex, and the pace makes it hard to put down.” —
Library Journal

“Kathy Mallory’s twelfth outing showcases the unparalleled characterization and powerful backstory that have made this a bar-raising hard-boiled series … Mallory’s street-sharpened tactics are as riveting as ever.” —
Booklist
, starred review

“As in previous novels, Mallory's quirky personality shows "just a hint of crazy," and sometimes, to unnerve people, she drops "every pretense of being human." She's an entertaining, slightly over-the-top protagonist with brains and attitude. Colorful and appealing (or appalling) characters make this one a winner for crime-fic fans.”
— Kirkus
, starred review
*
“Both slickly cool and hot to the touch, Carol O’Connell’s
Blind Sight
is a master class in suspense. As her detective hero, the inscrutable and fascinating Mallory, plunges into darker and darker terrain, we feel lucky—thrilled—to be along for the ride.”
—New York Times*-bestselling author MEGAN ABBOTT

“Do I really need to say anything other than Mallory is back? And she’s darker, more sly and disturbing than ever. Carol O’Connell is at her finest in this addictive, riveting, stylish, powerful psychological thriller. Once again, she’s raised the bar for crime fiction.”
— M. J. ROSE,
New York Times
bestselling author***

*
“Affecting, fast-moving…Most of the novel’s emotional pull steams from blind 12-year-old kidnap victim Jonah Quill, whose tiny hope of survival may hinge on his own considerable wits, [a] gripping life-and-death drama.” —
Publishers Weekly

“As in other novels featuring Mallory and her partner, Mallory seems just a little freaky, with a lot of real brain power and a whole lot of attitude toward her underlings. This is twelfth in a series by Carol O’Connell featuring the cool Detective Mallory and, at times, is a highly frightening book that keeps the reader on edge. Mallory shows her extremely smart mind and her absolute dedication to the job. She is one member of the law who can live, no matter what happens, on the very dangerous streets of the big city.” —
Suspense Magazine

“Marry the intuition and problem-solving skills of Lincoln Rhyme with the action-figure street smarts and stunts of Jack Reacher, and you’ll come up with someone very close to NYPD Detective Kathy Mallory…A bit of a sociopath herself, she thinks something rather darker is at play (and hey, you have to go some distance to find something darker than a killer who surgically removes the hearts of his prey). As long as O’Connell keeps pumping out crime fiction like this, she will have a faithful reader in me.” —
BookPage

“O’Connell’s exceptional novel is complex and heart wrenching. Her attention to detail is meticulous and her depiction of the scheming of multiple characters who attempt to outsmart each other is superb. She rises to the art of unraveling the many surprises without giving anything away. Her use of the background of characters to form their current personalities is genius.”
—
RT Book Reviews****

“M is for Mallory—Kathy Mallory, bestseller O’Connell’s powerful and powerfully flawed New York Special Crimes Unit detective. M is also for morbid, macabre, and mordant—adjectives that can be applied to the plot, the prose, and the humor of this dazzling 11th novel in the series. Mallory's bravura performance wreaks justice both inside and outside the legal system.” —
Publishers Weekly
“Enthralling . . . Mallory continues to be an enigmatic and fascinating character. Despite an impeccable fashion sense and movie-star good looks, Mallory is as much a feral being as she was when she was first rescued from the streets as a child. Her closest counterpoint in mystery fiction is Lisbeth Salander.” —Oline Cogdill,
Mystery Scene Magazine
“NYPD Special Crimes Detective Kathy Mallory is one of the most intriguing characters in crime fiction today.” —
New York Daily News
“Like all the Mallory novels, this one is a solid police procedural with a twisty plot, and Mallory is a fascinating, rich character. Fans won’t want to miss this.” —
Library Journal
“Carol O’Connell is one of my favorite writers.” —
New York
Times-bestselling author Karin Slaughter
“Before Salander took the world by storm, there was Mallory, the most gloriously original heroine to grace crime fiction’s meanest and darkest streets.” —Sarah Weinman,
author of
Troubled Daughters, Twisted Wives

This is
Carol O’Connell’
s twelfth Mallory novel. The others are
Mallory’s Oracle
,
The Man Who Cast Two Shadows
,
Killing Critics
,
Stone Angel
,
Shell Game
,
Crime School
,
Dead Famous
,
Winter House
,
Find Me
,
The Chalk Girl
,
and
It Happens in the Dark
. She is also the author of two stand-alones,
Judas Child
and
Bone By Bone
. O’Connell lives in New York City.

It Happens in the Dark

The Man Who Cast Two Shadows 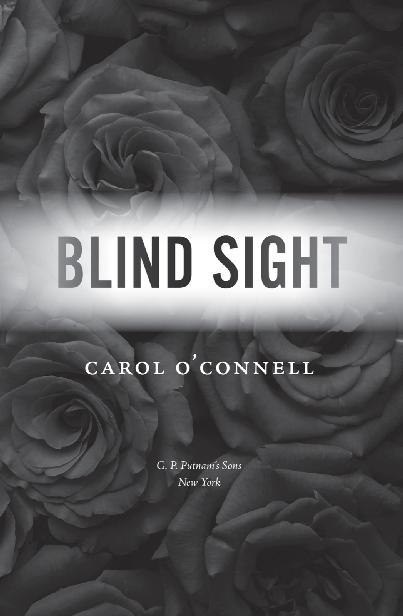 The reborn samizdat of the Internet is not enough to keep ideas alive and burning bright, not in a future with only one store on a scorched landscape that used to be a marketplace.