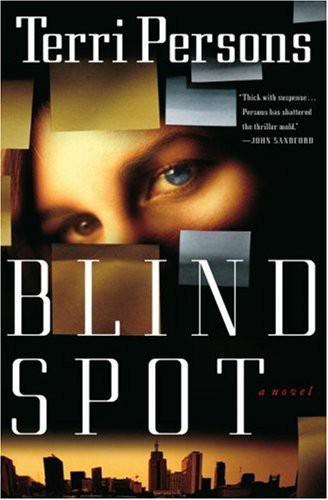 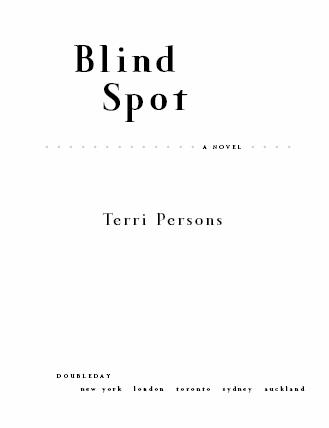 This book is dedicated to my wonderful, supportive sister, Bernadette, who said I could use her name as long as her character wasn’t a whore or an ax murderer.

I owe everything to my husband, David, and our sons, Patrick and Ryan, who keep me energized with their unwavering love and loyalty.

My brother, Joseph, and his wife, Rita, continue to bolster my efforts with their encouragement and faith.

I am immensely grateful to my agent, Esther Newberg, and to my editor, Phyllis Grann, for their hard work and their belief in my writing.

Finally, eternal thanks go to my longtime friend and champion, John Camp, who is always there when I need him.

Humidity rolling off of the Mississippi River simmered with the smell of fried garlic and onions and shrimp and sausage, the air thick enough to stab with a knife. A man and a woman walked out of the Eighth District Police Station, slipped on their sunglasses, and shuffled into the gumbo. They were dressed in gray slacks and gray blazers with white shirts. He wore a red tie, and she had a maroon scarf draped around her neck. He was dark-haired, heavy, tall, suntanned. She was pretty, pale, and thin. She stood a foot shorter than he, and her blond hair was cropped close enough to have been done by a barber. Behind the shades, they were sober-faced, bordering on somber.

“That could’ve gone a helluva lot better,” said the woman, unbuttoning her blazer as she walked. “So much for Southern hospitality.”

The man loosened his tie and then gave up on it, yanking it off and stuffing it in his pants pocket. “They had their chance. Now it’s our case.”

He laughed. “Where’re they shipping you off to? Shreveport? That’s a promotion, right?”

“Funny,” she said dryly. From across the road, she eyed a pastel building with black iron balcony railing. It looked like every structure on Royal Street, every structure in the French Quarter. “That a bank or a bar or a boutique?”

“I want to get back to the office so I can go home,” he said.

“They won’t cash dick unless you’ve got an account. I could use some money for the weekend. Let’s stop at a station and use the ATM. Need to gas up anyways.”

Her eyes narrowed as she stared at the bank, a low building. The closed window shutters dotting the second story resembled dead eyes. Something was bothering her. She tried to push the familiar feeling away and failed. “They’ll take my check,” she said. “If they don’t, we can use their cash machine. They have to have a machine.”

“Fine,” he grumbled, swiping the sweat off his brow with the palm of his hand. “Let’s do it and get out of this sauna.”

They crossed the street, weaving around a knot of people standing in the middle of the road. “Good to see all the tourists,” said the woman. “The town sure is coming back.”

“Yeah, yeah,” the man mumbled. He held the bank door open while she stepped inside. He pulled off his shades; she kept hers on. The smells of the street followed them into the building and mixed with the scent of money: fried sausage dipped in ink. The woman peeked over her glasses and surveyed the interior of the bank, a shoe box chilled by an oversized window air conditioner. She saw an “Out of Order” note slapped over the cash machine in the foyer and a “Please Step to Another Window” sign propped in the opening of a teller’s window. A girl teller was at the only other window, helping a big guy stuffed into a polo shirt. A big guy stuffed into a tee shirt was waiting his turn. Standing at a counter planted in the middle of the shoe box was a guy in a suit, scribbling with a pen chained
to the table. Beyond the tellers’ windows were four glass-walled offices; one cube held a man hunched over a desk.

The polo shirt stepped away from the teller’s window and left; the tee shirt took his place. The customer at the table dropped the pen, grabbed his slip, and took his spot behind the tee shirt. The woman stepped over to the table and reached into her blazer. While she pulled out her checkbook, she eyed the waiting man. Young. Red hair cut short. Clean-shaven. Well dressed in pinstripes. A nicer suit than her partner’s. He turned his head, glanced at her and her companion, and looked away.

Her partner shoved his hands in his pants pockets and stared out one of the windows facing Royal. The sound of a sax penetrated the building. Bourbon Street, running parallel to Royal, was one block over. The clubs were starting to hop as the late afternoon melted into early evening. “Want to grab a beer later tonight? Catch a band?” he asked without turning to face her. “My treat. A goodbye beer.”

The woman didn’t answer. She dropped her checkbook on the counter and opened it. She reached over, grabbed the bank pen, and pulled it toward her. She started, as if the pen had given her a shock. She stood frozen, head bent down, pen poised over paper but not touching it. A shudder shook her frame, and behind her sunglasses, her closed lids vibrated from rapid eye movement.

Her companion pulled his hands out of his pockets, turned around, and glared at her with impatience. “We should’ve stopped at a gas station.” He turned back to the windows.

She opened her eyes and, with her trembling left hand, slipped off her sunglasses and dropped them on the counter. Her grip on the pen tightened. She pulled it closer—until the chain snapped. She had to let go. She unclenched her right fist and let the pen fall to the floor. She blinked and took a deep breath. Had she really read what she thought she’d read? She had, she told herself. This time she was dead-on. She reached inside her blazer.

The tee shirt finished his business and left. The redhead stepped up to the window.

The redhead swung around. His eyes locked on the Glock she had
pointed at his chest. He raised his hands in the air. “Ma’am?” The teller saw the gun, gasped, and took a step back from the window. Behind the teller, the man in the glass office looked up from his paperwork. His hand went to the phone on his desk.

The woman’s partner swung around. “What the hell?” He pulled out his own pistol and aimed it at the pinstripes while talking to the woman. “What is it?”

Her eyes and gun didn’t leave her target. “He’s looking to rob the place. His pockets. Be careful. He’s armed.”

“Don’t move!” Keeping his gun on the guy, her partner stepped over to the redhead. With his free hand, he reached into the pin-striped jacket and pulled out a handgun. “Beretta. Nice. Got papers for it?” The redhead didn’t respond. “That’s not the right answer, my friend.” He slipped it into his own pants pocket. He patted the redhead’s other pockets. Nothing. He noticed something in the guy’s left hand. He reached up and snatched a rectangle of paper. He ran his eyes over the writing. “Amazing. A police station right across the street. It’s a…”

A Woman To Blame by Connell, Susan
Sanctum by Lexi Blake
Ghost in the Polka Dot Bikini: A Ghost of Granny Apples Mystery by Sue Ann Jaffarian
Cowboy Feng's Space Bar and Grille by Steven Brust
Haven (War of the Princes) by Ivanovich, A. R.
The Winner's Game by Kevin Alan Milne
Fair Warning by Mignon Good Eberhart
Conflicted (The Existing Series Book 2) by Guilliams,A.M.
The Marriage Prize by Virginia Henley
Touch to Surrender by Cara Dee
Our partner