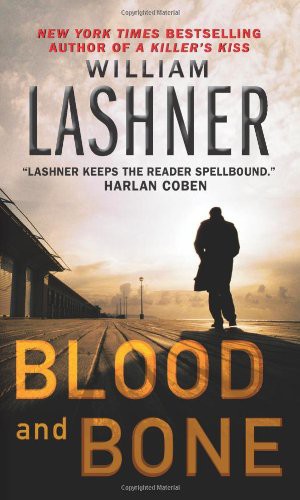 To my dad,
who is with me every day

Why might not that be the skull of a lawyer? Where be his quiddits now, his quillets, his cases, his tenures, and his tricks?

KYLE, ALL OF TWELVE years old, hated the suit. 1

THE NAME WAS ROBERT, not Bobby or little Bobby or… 15

KYLE BYRNE SPIED his father watching him play in the… 25

AS HE WALKED east down Lombard, he saw her sitting… 40

BUBBA’S BAR AND GRILL, just a few blocks away from… 44

ROBERT SPANGLER WAS LISTENING to a priest drone on at… 65

THE OLDE PIG SNOUT TAVERN in South Philly was as… 71

LIAM BYRNE HAD BEEN many things: faithless lover,

ROBERT SPANGLER SAT low in his car in the alleyway… 85 SKITCH WAS DRUNK. You could tell by the way he… 88

DETECTIVES HENDERSON AND RAMIREZ stood side by side in front… 96

RAMIREZ SAT DOWN across from Kyle Byrne. His eyes were… 101

ACROSS THE STREET from the Snow White Diner, on the… 110

HENDERSON AND RAMIREZ were at a crime scene when they… 134

DETECTIVE RAMIREZ FELT a slight but undeniable thrill as she… 138

ROBERT BOUGHT the prepaid cell phone at a Wawa convenience… 147

ROBERT HAD PICKED the spot long before the call came… 152

THE DISCUSSION DID NOT go very well. 166

THERE HADN’T BEEN enough time to make elaborate

OR SOMETHING THAT sounded much like a bomb, an explosion… 191

DAWN WAS JUST BREAKING as Henderson and

A MOTEL ROOM IS where romance goes to die. 207

IT BEGAN WITH A MEETING in his office. An older… 211

FOR THE FIRST TIME in his life, Bobby Spangler’s world… 218

BEFORE WE DO ANYTHING,” said Liam Byrne as they drove… 223

HIS NAME WAS Lamar, and Lamar was scared. 252 AT PONZIO’S, an overblown New Jersey diner with a false… 259

ONE OF MY GREAT-GRANDFATHERS was a crony of

AS KYLE WATCHED Truscott drag himself out of

EVEN WITH HIS BLACK BAG on the passenger seat beside… 313

AFTER DETECTIVE RAMIREZ yanked Kyle Byrne back into Bubba’s, she… 318

UNCLE MAX WAS SITTING at the bar of the Olde… 327

KYLE BYRNE WAS drunk with whine. 335

BOBBY DRAGGED THE BLACK SATCHEL through the
rhododendron, bony stalks… 340
I FEEL LIKE THERE ARE ANTS crawling across my chest,”… 344

BOBBY PEEKED OVER the hedge and saw the Byrne boy… 349

THE HOUSE KYLE BYRNE found himself inside smelled

LATER DETECTIVE RAMIREZ would squat beside the

IN THE MIDDLE of the night, lying awake in the… 377

SHE WASN’T DETECTIVE RAMIREZ on this night,

He hated everything else about this day, too—his Uncle Max’s voice droning on from the driver’s seat of the battered black pickup, the bright sun shining into his eyes, the way the truck was filled with smoke from his mother’s cigarette, the expectant dread that twisted his stomach. But most of all he hated the suit.

His mother had bought it for him just yesterday, snatched it off the rack at some discount warehouse and held it up for him, limp and gray, as if it were some dead animal she had shot and dragged home. “For tomorrow,” she said with that same detached smile she had been wearing ever since he came home from school, backpack still on his shoulder, and she told him the news.

“I bought it big,” she said, ignoring his declaration, “so you could have it for next year, too.”
And now there it was, wrapped around his body like a fist, his first suit. It didn’t fit right; the pants were too long, the shoulders too narrow, the tie choked him. He wondered how anyone could wear such an uncomfortable thing every day. Especially the tie. His father always had one slung around his neck whenever he came for a visit. Navy blue suit, dark thin tie, yellow-toothed smile and shock of white hair. “Hello, boyo,” he’d say whenever he saw Kyle, giving his hair a quick tousle.
“I never liked the son of a bitch,” said Uncle Max. Uncle Max was Kyle’s mother’s older brother. He had come out from the city for the funeral, which was a treat in itself. Not.
“Stop it, Max,” said Kyle’s mother.
“I’m just saying.”
“You’ve been saying for twelve years.”
“And I’ve been right all along, haven’t I?” Uncle Max wiped his mouth with the back of his hand. “Where was he anyway when he got it?”
“New Jersey.”
“What, he had someone stashed there, too?”
“Quiet.”
“Yeah, yeah. Okay. But we’re better off without him, all of us. What did Laszlo say it was?”
“Heart.”
“Figures. Is he saving us a place or something?”
Kyle’s mother didn’t answer. She just inhaled from her cigarette and leaned her head against the window.
“Let me guess. You wasn’t even invited.”
“Laszlo suggested that it might be best if we didn’t come.”
“Well, then,” said Uncle Max, “this might be more fun than I thought.”
Kyle, wedged in the front seat between his uncle and his mother, craned his neck and shaded his eyes as he peered through the windshield. In the sky a dark cloud kept pace with the car. Kyle was missing school today, which was good, but he had a game that afternoon, and he’d probably have to miss that, too, which sucked. And then he hadn’t cried yet, which only confirmed what he had always believed, that there was something seriously wrong with him. His mother hadn’t cried either, as far as he could tell. She had her strange smile, like in that painting of that Mona lady, and she was smoking, nonstop, which was a sign of something, but Kyle had seen no tears from her. And Uncle Max certainly didn’t seem so cut up about the whole thing. So maybe it wasn’t such a deal after all. Except in the soft, untrammeled depths of his heart, he knew that it was, knew that it was bigger than everything and that he should be bawling his eyes out and that there was something seriously wrong with him because he wasn’t.
The neat little houses passing by gave way to a low stone wall. Beyond the wall were gravestones and small marble crypts like out of
Scooby-Doo
. The quick change in scenery jolted Kyle back to the unpleasant task at hand. He stuck his thumb into his collar at the front of his neck and yanked it down. It didn’t help.
Uncle Max turned the truck into the cemetery. There was a chapel off to the right, like one of the crypts, only large enough to inter an army of ghouls.
“Showtime,” said Uncle Max as he pulled into one of the remaining spots in the parking lot and killed the engine.
A thin crowd of mourners milled somberly at the entrance as the three approached. They walked side by side by side—Uncle Max, thick-shouldered and in a loud sport coat; Kyle’s mother, tall and drawn in a long black dress; and Kyle, in his ill-fitting gray suit. A few faces turned toward them, and the crowd suddenly stilled, as if they were a trio of gunfighters walking down a dusty street in a black-andwhite western on TV. Kyle hesitated for a moment, but his mother raised her chin and kept on walking as though she hadn’t noticed the stares. Kyle hitched his pants and caught up.
On the wall of the chapel, behind a sheet of glass and pressed into a black background, was a series of white plastic letters.

FUNERAL OF LIA M BYRNE 10 :30
MAY GOD GRANT PEACE UNTO HIS SOUL

Robert B. Parker's Slow Burn by Ace Atkins
Lethal Attraction: Against the Rules\Fatal Affair by Linda Howard, Marie Force
Maid for the Single Dad by Susan Meier
Texas rich by Michaels, Fern
Liam by Toni Griffin
The Sports Gene: Inside the Science of Extraordinary Athletic Performance by David Epstein
Lovers Meeting by Irene Carr
Of Another Dimension by Jeanette Lynn
Cassiel Winters 1: Sky's End by Lesley Young
Her Mother's Killer by Schroeder, Melissa
Our partner