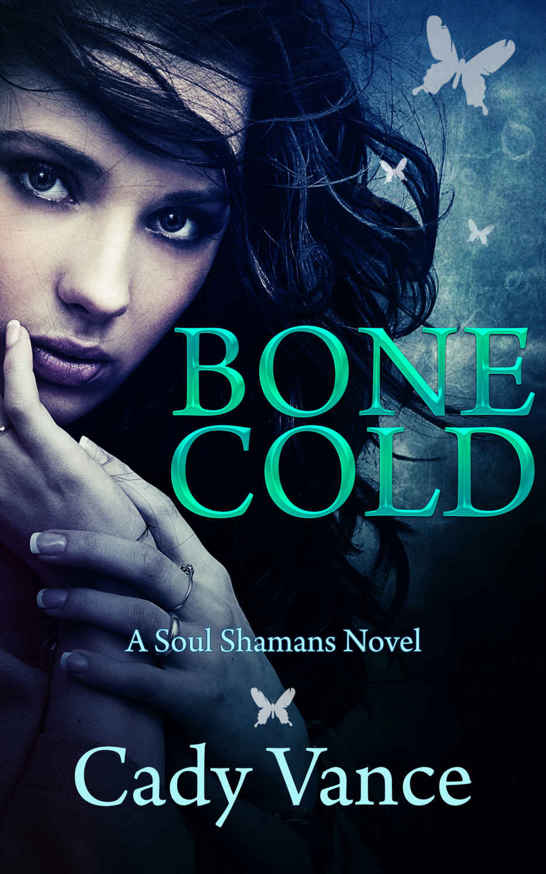 All rights reserved. No part of this book may be reproduced in any form by any electrical or mechanical means including photocopying, recording, or information storage or retrieval without permission in writing from the author.

To Shana, for believing in Holly’s story from the very beginning.

W
hen someone gets on my bad side, my face has a tendency of betraying my thoughts. In the past few months, my lips had formed a permanent scowl, and I swore I’d grown some forehead wrinkles to match the new bulldog look I wore. It just never failed. Every time my mind wandered to Anthony Lombardi’s victorious smile, I got the overwhelming urge to throttle something. Unfortunately, my mind went there a lot.

“You’re thinking about Anthony Lombardi again.” Laura shoved a red cup into my hands, the bitter scent of beer swirling through the salty ocean air. “Stop with the madness.”

“Someone needs to kick his ass.” Frowning, I watched the flickering blaze of the beach bonfire that lit up the night sky. The flames were hot enough to keep me warm in the mid-December chill but only just.

“That someone doesn’t have to be you.” She tapped my cup with her black-painted fingernail. “Chill out and have fun for a night. Seriously, Holls. It won’t kill you.”

I held onto my scowl but took a timid sip of my drink. I knew Laura was right. After everything that had happened in the past year, I owed it to myself to relax, at least now that life had finally gone back to normal. No more spirits were attacking residents of Seaport, no more dangerous shamans were skulking around, and my mom was free from her Lower World prison.

That last bit was the most important improvement of them all. But I couldn’t shake the chilling look in Anthony Lombardi’s eyes from the night he’d attacked us in our own home, despite the powerful protection spells I’d cast. And the fact he’d gotten away.

Not to mention the bastion of spirits I’d unknowingly released on the world by breaking his binding spell.

My skin prickled. “I just have a bad feeling it’s not over.” The Intuition from my shaman magic always kicked in when I thought of the multitude of spirits out in the world. Even though I didn’t agree with Anthony’s creepy-ass plan to keep them tethered to his existence, at least there’d been a point to the madness. It had kept all those Lower World beings from attacking humans anytime they got a thirst for souls.

“Yeah, probably not,” Laura said, frank as always. “But tonight, it’s you and me and this wicked bonfire, and we’re going to forget all about the shaman world until sunrise.”

“You know what? You’re right.” My scowl melted into a genuine smile. “What would I do without you?”

She looped her hand through my arm and clunked her cup against mine. Beer sloshed onto my hands, sticky and warm and
normal
. “You’d probably be conjoined to Nathan’s hip, which would just be lame and vomit-worthy.”

Speaking of Nathan…my smile faltered as my gaze drifted from the flames and toward the half-dozen cars crammed into the tiny parking lot at the edge of the beach. “Have you seen him?”

Laura’s eyebrows squished together. “Don’t you know if he’s coming?”

“He said he wasn’t sure if he could make it tonight.” I took another sip of my drink, and a warmth began to spread through my stomach, biting off the bitter chill that hung around our beach party like an unwanted stray. “He’s been really busy with his web comic lately.”

“Well, that just means we can have a girls’ night.” Laura grinned, and I met her smile with one of my own. We’d been having a lot of girls’ nights lately. With Nathan’s impending table display at the Boston Comic Expo, he’d been spending the majority of his nights burrowed in his drawings rather than wrapped in my arms.

We turned back to the bonfire, scanning the small crowd that had collected on the shore for the first Seaport High winter beach party. It was a strange mixture of popular crowd and random non-cliquers. Laura’s old crush, quarterback Brent Ackers, stood with several other members of the football team. Just behind him, Jason Harris hunched over the keg, pumping frothy beer into his red cup and eyeing up the pretty cheerleader beside him.

Jason was one of my oldest friends. Back in the day, we used to hang out daily, when bicycle rides and collecting seashells were the cool things to do rather than downing bitter booze. He didn’t really fit into a certain group, not even with me and Laura anymore, despite his popularity with the girls. He floated through school and through life, using his winning smile and random jokes to put the whole world at ease. It worked for him somehow.

Jason turned his gaze to someone I’d never seen before. She stood alone by the bonfire, tossing beach twigs into the flickering flames. Her short-cropped hair, eyebrow piercing, and skull tattoo made her stand out from the otherwise preppy crowd. Jason zeroed in, sliding up to her. The girl shot him a wry smile and said something that caused Jason to bark out a laugh. His hand fluttered over his heart, and I couldn’t help but smirk. She’d totally just turned him down.

“Who’s that?” I asked Laura, pointing to the stranger.

Laura shifted her eyes to follow my gaze. “That must be the new girl, George. Brent was telling me about her earlier. She’s in his Chemistry class.”

“Brent, eh?” I nudged my shoulder into hers. “I didn’t know you guys were talking again.”

Laura rolled her eyes. “That ship has sailed, sunk, and started sprouting algae.”

“He’s
still
weirded out about the whole shaman insanity?”

“I don’t know. Maybe.” Laura twirled her nose ring and frowned. “Anyone who would run off that easily isn’t the right person for me.”

“Damn straight.” I tapped my cup against hers and took a deep gulp. I’d never really gotten the whole Laura crushing on Brent thing anyway. He was the football quarterback and the full embodiment of everything that came along with that. Popular, preppy, and pretty. And while he focused his efforts on following the crowd, Laura marched to the beat of her own drum.

The new girl wandered over to where we were standing on the outskirts of the party. She smiled to reveal two rows of straight white teeth, eyes crinkling to emphasize her eyebrow jewelry—two crossed skull-bones. A frigid breeze ruffled the jagged ends of her hair, but she didn’t seem the slightest bit cold even though she sported a flimsy tank top.

“Yeah.” Her shoulders relaxed, though I wouldn’t have thought they were tense before. “I’m George. I just moved here last week.”

“Welcome to the wonderfully dull town of Seaport,” I said, though I wasn’t sure how accurate that was after everything that had happened in the past year. Spirits attacking rich kids, crazy shamans kidnappers showing up out of nowhere. I shook my head to get rid of my dark thoughts. I was never going to get over the past if I let my mind keep wandering back there.

“Dull, eh?” George’s lips split into a grin. “I could use some of that. Just moved here from Salem, and…I’ll just say that place has turned into a shitstorm. I’m glad I escaped when I did. Dull Seaport seems so much better already. Especially when there’s hot girls like that around.” She nodded at Megan Joseph, who was sashaying toward Brent in a pair of the skinniest jeans I’d ever seen.

I cocked my head, curious to know how life in Salem had morphed into a shitstorm, but Laura elbowed me in the side. I clamped my mouth shut. I’m not a fan of nosy people myself, and if I pried into her past, I’d be just like all the other townies who liked to needle me about my fugitive dad two seconds after saying hello.

“Well, trust me, this place rarely sees much excitement. This party is about as crazy as things get around here. Unless…” Laura’s wicked grin made an appearance as she turned to face me. “Dare you to go into the ocean.”

I laughed. “You’re a lunatic. The Atlantic feels like Antarctica this time of year.”

“Exactly.” Laura rammed her fists into her armpits and flapped her elbows as if they were wings.
Chicken
, her twinkling eyes said. My mouth formed a mock scowl as George laughed and mimicked Laura’s antics, but my irritation was all for show. Even though she’d only just met us, she was already game for our special brand of crazy. This new girl could grow on me fast.

“You scared?” Laura knew she had me with those two words, flapping her ‘wings’ one last time.

I took a massive gulp of my beer, swiped the froth from my lips, and dropped the cup to the sand. “Mom would kill me if she knew I was going to do this.”

“Lucky for you she’s too busy training to know what we’re up to tonight.”

Yeah, lucky for me
. I frowned. Mom had dove headfirst into an intensive physical and magical training regimen as soon as her strength had returned and our money issues had disappeared. I was pretty sure Laura’s dad had something to do with our miraculous financial recovery, but my mom would never admit it if that were true.

“No more conning people,” she’d said as she shoved the last bill into the shredder. “We don’t need it, Holly. Go to school, make some good grades, hang out with your friends. And don’t worry about me.”

But it was hard not to worry, knowing who she was training to take down. Even though he’d disappeared with a bloody hole in his chest, Anthony Lombardi was a seriously resourceful and manipulative shaman. He’d find a way to bounce back, especially now that he had a rune book of powerful spells to help him do so.

“Last one in the water has to ask Wanda for a tarot card reading! “Laura yelled as she wriggled out of her black skinny jeans. “George, that means you, too.”

With a grunt, I pulled my Wolverine hoodie over my head and tossed it onto the sand. Underneath, my dark blue bikini top popped against my pale skin. If there’s one thing you learn when living in Seaport, it’s never go to a beach party without a swimsuit. If you do, you’ll end up in the sea buck naked. It never fails.

Jason Harris materialized before us with his eyebrows shooting up to the sky. “Going for a dunk already? It’s not even midnight yet. Could it be that Holly Bennett is
finally
in the party mood again?”

My cheeks flushed under his gaze as I kicked off my Chucks. “Laura doesn’t like to play nice.”

“Not here.” I unbuckled my jeans and pushed the denim down to my toes as I saw George chucking her tank top into the wind as if it were a frisbee. “Where’s your latest conquest?”

“Not here.” He watched as Laura began her launch toward the dark waves, her bare feet kicking up sand. “Think you’ve lost this one. Save yourself from the icy insanity and chat with me instead? I haven’t seen you around much since…”