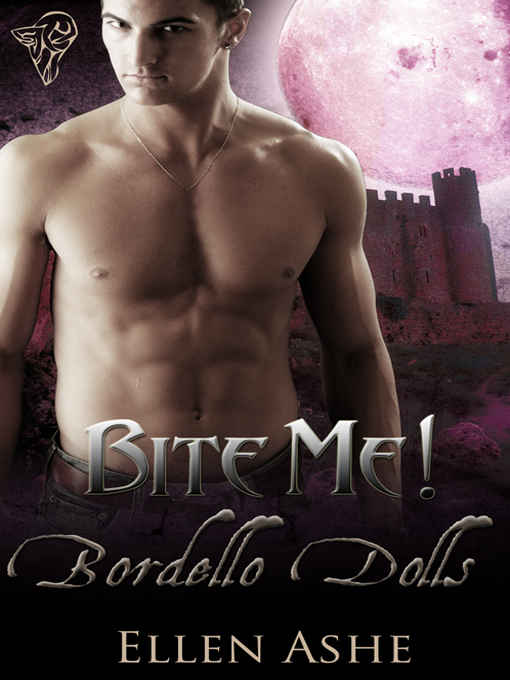 NOTICE: This work is copyrighted. It is licensed only for use by the original purchaser. Making copies of this work or distributing it to any unauthorized person by any means, including without limit email, floppy disk, file transfer, paper print out, or any other method constitutes a violation of International copyright law and subjects the violator to severe fines or imprisonment.
CONTENTS

Some storms rush in, overwhelm the sky with mountainous black clouds, gush wind and rain then vanish as quickly as they came. Others creep along silently, betraying their intensity, masking it in silence until the weary traveller is caught in a sudden onslaught, doomed.

And then some are merely gentle, welcoming, almost passionate, suggestive in a mysterious way, as though they were quietly predicting that something unnatural was about to happen.

These gentle storms were the ones Scarlet had come to fear the most. She knew that somehow, these temperate changes in the air are deeply rooted and can thwart the thin perception we call reality.

These changes heightened the human psyche. Scarlet had eyes to see.

Summer nights were not wholly dark. The heat seemed to radiate its own glow, and for two weeks in July, that heat, even during the early hours of the morning, was predictably relentless. Try as she might to prepare, the offence always took her by surprise. Not even the soft whirl of a fan could cool her restlessness so she rose, slipped on her dress and sandals and went for a walk along the city streets, searching for an elusive cool breeze that might rush out to greet her from an alley.

By nature, Scarlet was a cautious person. She never took unnecessary chances. Not because any great tragedy had taught her a valuable lessons but because she relied securely on what many would call a ‘sixth sense’. Some faces, regardless of the smile, warned her of danger so she walked away. Some places felt wrong, so she avoided them and of course, she was not one to wander out into a city street during the early morning hours when predators might lurk in shadows, watching intently for their next victim.

But this night the air hung heavy with the smell of rain. There was the perception of serenity. A storm slowly approached and with it was the comfort of quiet. She could walk leisurely without being anxious until the sky broke. And she could sort through her thoughts without interruption.

Nights, despite their twilight heat, had recently brought a darkness of doubt to her. Uncertainty was a guest she didn’t wish to entertain but one that made itself comfortable with her anyway. The faithful—those who believed or wanted to believe in powers greater than themselves—came to her seeking answers to the unknown. As an advisor, Scarlet drew out her Guides, putting together what was past, what was relevant in the present and forming the best direction for her clients to take for the future. Not all paths were without predators or storms, so as gently as possible she would warn her anxious listeners of dangers that lay ahead, directions that were good choices, and dreams to cling to. Due to the accuracy of her results, word of mouth had spread, and visitors, the expectant and curious alike, to her small parlour doubled. Scarlet Boujois’s name had become fashionable. She had shown many the powers greater than themselves were worth searching for.

But with the increased fame, she felt stretched, at times overwhelmed, that her own spirit was being squeezed and smothered. Clients and their pain crowded into her mind. She had no peace. She was restless, nearing panic driven, and in need of rejuvenation.

Another reason she strolled the streets during the dead of night, the calm before a storm—it was then the gentle voices were the clearest. And freedom was a mere heartbeat away.

Suddenly she was rewarded with the flutter of fresh cool air. Scarlet stopped, and sighed to the luxury of it. Without realising she had done so, she had even lifted her arms to embrace its pleasures. Fickle creature that it was, however, no sooner had she sensed its tease against her flesh then it was gone.

She turned, reminiscing about the sensation of cool delight as the heat again swathed her. There, at the end of the alley, a door was ajar. Yellow light bathed the street, the perimeter clearly defined between it and the darkness on the cobbled pavement. A shadow distorted the light for a mere second. Someone moved about inside, perhaps as frustrated with the heat as she. It was far too late for any merchant to be open for business. Curiosity pulled her along the alleyway, closer to the yellow glow and the hope of another fresh breeze against her flesh.

She stepped into the light.

Certainly it was a shop. Trinkets, ornaments, crockery, and books precariously cluttered the shelves. Photographs, postcards, and paintings filled the walls. Antiques. The musty damp smells confirmed the age of these artefacts. And the waft of incense—sandalwood, she recognised—hung heavy in the thick air. The sweet odour hinted at a devilish mystique, that those who walked an impish course might have more of a longing to explore this solitary shop than the righteous would.

Scarlet was neither, so for the time being she stood on the threshold, neither inside nor out.

The shopkeeper appeared swiftly from a backroom, the beaded door clacking as he moved through. He smiled briefly in her direction before turning his focus to a stack of papers he placed on the glass counter. The aisle between them was clear, and for some reason she was compelled to follow along and draw closer to him. The counter was the barrier between them, and she placed her palms upon it, without considering this might be rude.

He peered up at her without lifting his head, that icy school teacher stare, a silent reprimand. She took her hands off the counter and wiped them down the sides of her dress. If she hadn’t, she felt that he might have been tempted to rap her knuckles to teach her a lesson in etiquette.

The air inside the shop was tepid. Even so she shivered.

“Something I can help you with?” he asked quietly. She noticed he hadn’t blinked. Not once.

He nodded, the side of his mouth pinching into a half-smirk. Then he returned rapt attention to his papers.

From behind a shelf, Scarlet secretly studied him, reaching out with her senses. She couldn’t get a feel for him. She perceived he had no history, that his very existence was superficial, shallow, an echo. She couldn’t draw on any essence to predict his future because he would always remain the same. This feeling was unprecedented, and it left her feeling unnerved. Had she discovered a Master Predator? One who could cloak his being, one who followed the quiet storms, feeding on the frightened, the innocent and the unwary? The one who would vanish as rain evaporates in the midday sun?

Scarlet gave herself a shake. Of late, she’d worried that her physic abilities had lessened. At the moment, she felt those abilities had abandoned her completely.

Still, all men had history. Even those she couldn’t read. To coax her physic ability to function, she concentrated on his appearance.

She was no master at guessing age. His physique—wide shoulders, strong arms, thick chest—was that of a powerful youth. Pitch black hair swept back from a high forehead and was flecked with grey, which could denote middle age. Could, but not always. No, the indicator that a decade must be added to the physique was his face. That stern forehead was creased. So, too, were his cheeks. Thin lines were evident on his mouth and in the corners of his eyes. Under his ears. He had to be nearing fifty.

Twenty years her senior was a conservative estimate and yet, despite her wariness of older men, she felt a sharp stab of arousal.

Then it struck her as harshly as any physical slap—his was an ancient soul and he courted the knowledge of the dark arts! Deep, dangerous, occultist secrets! Her Guide spoke within her mind,
The darkness within him is ageless.

She looked away. It was as though time, and all its measurements, meant absolutely nothing here. Between the heat, the sweetly saturated air, and the heavy drumming silence, Scarlet was losing her grasp on her own narrowly defined reality.

A vision, born from arousal, flickered through her mind’s eye—seduction—the ultimate risk, an intimate union with one who could feel no guilt, shame or consequence. She was pressed tightly into the circle of his arms, a slave to his talented craft of foreplay, accepting his hand across her breast, his mouth upon hers in the most fervent of kisses. She was accepting him inside, to share her body and take her energy. She was one with the storm.

She shook her head and snuffed a laugh that came from both absurdity and embarrassment.

When she looked again to the counter he was gone. She tipped her ear to listen. There was a distant rustling sound in one corner—an irregular tapping, like the heel of a boot, footsteps, one slightly out of pace with the other. But they neither progressed nor retreated.

A clock? Or water expanding pipes between the walls?

If not for this peculiar noise, she might have remained silent. But now her skin crawled, her senses warning that perhaps she shouldn’t linger here. Something foul and unnatural inhabited this place. She wasn’t brave enough to uncover what she cared not to understand, especially within herself. So she turned to leave.

She cried a short scream of alarm. The shopkeeper stood directly behind her, and as she whirled around, she had nearly walked into him.

Heat rose in her face. Scarlet’s sexual fantasies embarrassed her more because he was so close, towering over her. She also suffered extreme reticence … a desire to neither stay nor leave. The moment, surreal and painful, hung without hope.

Coal black eyes bore into her. “I am Nicolai Von Adler,” he said with a quick nod. “Welcome to my abode.”

His brow lifted. It was a slight movement, one she might not have caught if it hadn’t been for her hypnotic interest in his eyes.

“Are you interested in dolls, Scarlet Boujois?” he asked.

Before she could garble any sort of an answer, he waved his hand towards the corner of the room where the tapping sound had come from.