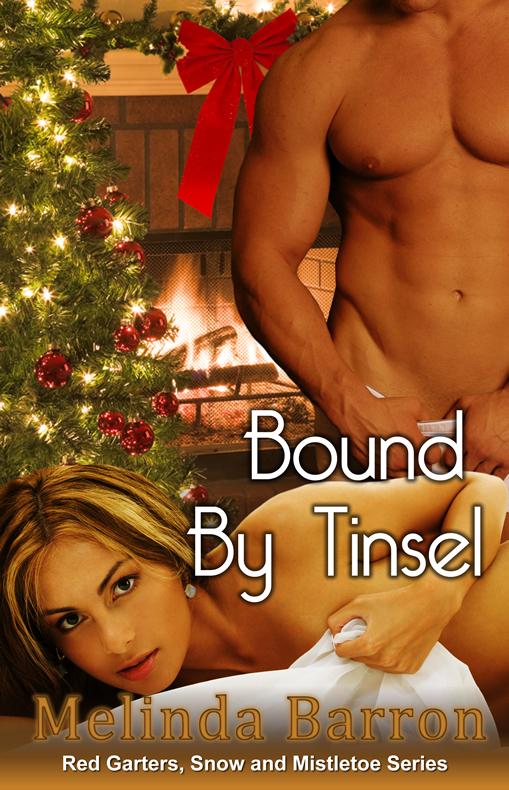 Warning: All rights reserved. The unauthorized reproduction or distribution of this copyrighted work is illegal. Criminal copyright infringement, including infringement without monetary gain,
is investigated
by the FBI and is punishable by up to 5 years in federal prison and a fine of $250,000.

This is a work of fiction. Names, characters,
places,
and occurrences are a product of the author’s imagination. Any resemblance to actual persons, living or dead,
places,
or occurrences, is purely coincidental.

For
, who continues to inspire me in everything I do.

Thanks to Jo for her advice on the legal field. Any mistakes are mine and not hers. Thanks also to Tiff, who suggested the title and, as always, helped me brainstorm ideas.

“Let’s hope this one is better than the last one.” Burke Gordon lounged back in his chair, put his feet on the coffee table and loosened his tie. It had been a long
day and he wasn’t really looking forward to the coming phone call, despite the fact he
and his friends were auditioning phone sex operators.

You’d
think three men would be thrilled at the idea of listening to a woman moan and groan.
Instead
they were all praying for this to be over as soon as possible.

The third member of their party, Jake Martin, snorted. “In her defense I think she was just trying too hard. I think she could do just fine, if she
wasn’t
so nervous. Maybe we shouldn’t let this one know there are three of us in the room.”

Burke reached for the tumbler of scotch on the nearby table. “That’s the point, isn’t it? Amber asked us to find a phone sex operator who could help her play a joke on her husband. If said operator freezes up when she realizes there is more than one person listening to her, then she’s not the woman for the job.”

There was a round of assent from his friends and Burke took a healthy swig of his drink. It had been a long day, between depositions and making ready for court tomorrow. His assistant had been sick part of the afternoon, too, and
he’d
had to deal with the records room on gathering a few last minute details, something he hadn’t enjoyed very much. Add to that the fact it was the Christmas season and things were definitely on fire. He was a last minute shopper, waiting to buy presents until the weeks before Christmas, which meant he had a little less than a week to find something for his parents, his three sisters, two brothers-in-law and their respective children.

Despite the looming deadline, when he knew he should be at the stores, he sat at Caleb’s house, waiting to see if a phone sex operator could get him hard. The last one had come close, until she started giggling. Of
course
her near victory could come from the fact that he hadn’t been laid for eight months, not since he and Bethany had broken up.

Hopefully this one would do a better job and
he’d
leave here with the memory of her voice in his ear while he jacked off later tonight.

“You take the lead, Caleb,” Jake said, pushing up the footrest in his chair. “Make sure you explain to her what we’re doing.”

“I’m not an idiot.” Caleb held up a sheet of paper. “I got this ad out of the same magazine. If this one
doesn’t
work, I’m thinking it’s a three strikes and the paper ads are out, then we should try the Internet and see what we get. Do you guys agree with me?”

Burke and Jake both nodded and Caleb picked up the phone. He dialed the number,
then
put his hand over the mouthpiece. “This one’s a call back service, so it may take a while for Ms. Serendipity to get back to us.”

“I got nothing better to do,” Jake said. “What about you, Burke?”

“Are you kidding me? I
haven’t
bought one present for my family, and I’m due in court tomorrow on the Thompson divorce. What do you think?”

“Man that sucks, getting divorced at Christmas.” Jake wrinkled his nose in disgust. “Couldn’t you talk your client into postponing it until after New Year’s?”

The idea of Max Thompson delaying his divorce made Burke snort. “Since he’s planning on getting married New Year’s Eve to his new
chippy
, I would say that’s a big fat no.”

“What a piece of work,” Jake replied. “That sucks.”

Burke
couldn’t
agree with him more. But Max Thompson was a major player in
, and he brought lots of money into the firm of White, Watson and Wilson, which Burke hoped would soon be White, Watson, Wilson and Gordon. If he
helped
Thompson hold on to a great deal of Thompson’s money tomorrow, he would be one step closer to partner. And with White and Watson so close to retirement, that meant he was really close to the top, something that thrilled him to no end.

He took another sip of scotch and listened to Caleb provide the operator with a credit card number, birth dates to verify the ages of the men in the room, and finally, a call back number. After he hung up the phone, Caleb picked up his own drink.

“Ms. Serendipity should call us back within the hour.”

“You seem rather pleased with yourself,” Burke said, finishing off his drink. He went to the bar and refilled his glass. That would be his last one of the night. They had Chinese food on its way,
set to be delivered
within the hour. He would probably be home around ten, or eleven, far too late for a night before court, but it
couldn’t
be helped.

This was their last “audition.” Or at least he hoped it was; he wanted karma to work in their favor tonight and make this sex operator the one who could agree to Amber’s gift. Not that Burke thought it was much of a joke. He understood
Amber’s
reasoning, since her husband, Eddie, celebrated his birthday on Christmas it made it hard to find the proper present. She said Eddie had told her not to buy a gift this year but to surprise him with something special.

That “something” was a call from a phone sex operator in the middle of a party, one that Eddie
couldn’t
walk out of for fear of upsetting his bosses, who were also Burke’s bosses.

“I want to see his reaction,”
she’d
said when she’d explained the idea. “He told me once that he thought it would be hot to have me get him hard in the middle of a party. But
I’ve
tweaked it a little. I want the sex worker to do it while I watch. That will make it perfect.”

Burke, Caleb and Jake had been reluctant at first, thinking that the stunt could go wrong, and get Eddie in a heap of trouble. Then
they’d
decided that, since it would be done at a party and Eddie was a jokester, he would get a kick out of it.
They’d
agreed to try-out the services, then instruct the woman they picked on what they wanted.

Hopefully Ms. Serendipity would be the ultimate and would prove that the third
time’s
a charm.

The doorbell rang and Caleb jumped up, pulling out his wallet. He held out his hand and Burke and Jake placed twenty-dollar bills in his palm before he headed toward the door.
He’d
just opened it when the phone rang.

“Damn,” Jake said, reaching for the receiver. “The number’s blocked, so I guess this is our girl. She’s quick.”

“Hello.” Jake nodded, then licked his lips and mouthed the words, “It’s her.”

“Put her on speaker,” Caleb said, setting the bags of food on the coffee table. “That way we can explain things. Burke, take first chair. Consider it practice for tomorrow.”

Burke snorted out a laugh.
“Like I need practice.
But I’ll be happy to talk to our new friend.”

Jake pressed the speaker button and a deep-throated, very sex voice floated out of the speaker.
“Hello, gentlemen.
I understand
we’re
a group tonight. How fun to have a little jerk circle. Are you sitting close enough to give each other a helping hand?”

Burke cleared his throat. “We’re not helping each other out, Ms. Serendipity.” He quickly explained about his friends and the joke, changing their names to Jack and Jill. “Jill asked us to pick out a nice sensual voice for this joke. Are you up for the challenge?”

The sexy laugh made his cock twitch.
“Most definitely.
I’m up for anything.”

The three of them exchanged pleased looks, then Burke hunched forward, putting his elbows on his knees. “Good. For the purpose of this little exercise I’ll be X, and my friends will be Y and Z.”