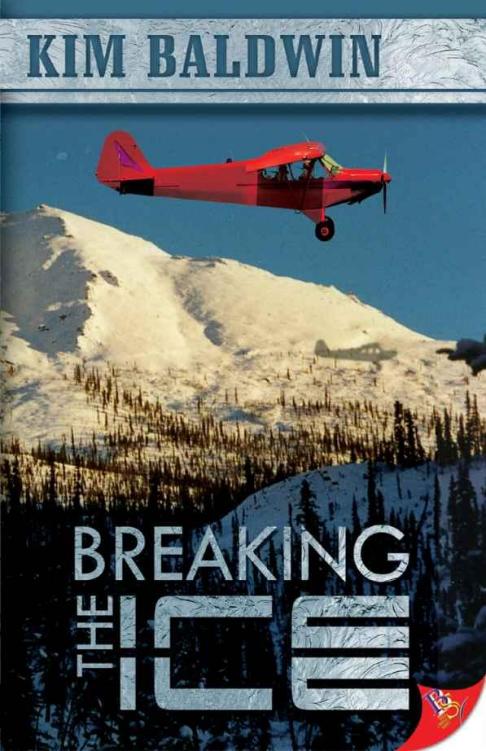 Nothing is easy about life above the Arctic Circle. Except, perhaps, falling in love. Bryson Faulkner embraces the challenges that come with making a home in one of the most beautiful but unforgiving places on earth: the isolation of the endless wilderness, the harsh and unpredictable climate, the predators that lurk about her remote cabin. And even the most perilous dangers of all—those that await her when she takes to the skies as one of Alaska’s most daring bush pilots. The only thing missing is a special woman to share it all with, but she’s resigned herself to the fact that few people can thrive in such an extreme environment. Everything Karla Edwards thought she knew gets called into question when a series of events turns her comfortable and well-ordered life on its ear. Her partner leaves her, her mother dies, and Karla learns she has a sister in Alaska she never knew. She takes a leave of absence from her job as an ER nurse in Atlanta and heads to the far north, seeking answers and adventure. She finds all that and more when she crosses paths with a sexy bush pilot who opens her eyes to new possibilities. But can she open her heart as well and learn to trust again? 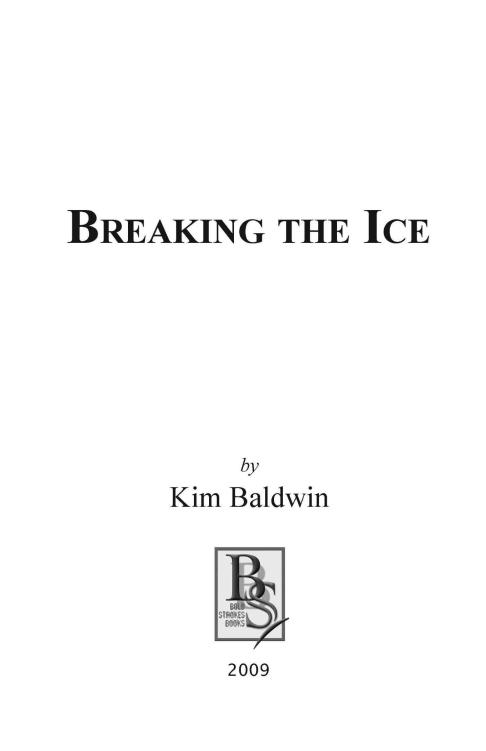 Some years ago, I visited Alaska, dogsledding above the Arctic Circle for ten days in a challenging and unforgettable adventure of a lifetime. The awesome beauty of the Brooks Range inspired my first Alaska-based novel, Whitewater Rendezvous, but I felt compelled to revisit the state for a winter-themed story that could incorporate some of my own experiences. I have set Bryson Faulkner’s cabin in the exact spot where my own trip culminated, and the photo used as the backdrop for the cover was taken there. It’s my profound hope that this book inspires at least a few readers to join in the battle to preserve our greatest national treasure—the Alaskan wilderness—from the threat of oil drilling and other perils.

Breaking the Ice is also a very personal story in that I began the manuscript on the first anniversary of my mother’s sudden death after a long battle with Alzheimer’s. Revisiting some personal recollections and experiences in this novel proved cathartic in a way I could not have imagined.

My deep appreciation to all the women at Bold Strokes Books who contribute so much to making my books the best they can be. Radclyffe, for her leadership and vision. Senior consulting editor Jennifer Knight and editors Shelley Thrasher and Stacia Seaman, who inspire and challenge me to always improve my craft, and catch me when I fall short. Graphic artist Sheri, for another amazing cover. Connie Ward, BSB publicist and first-reader extraordinaire, and all of the other support staff who work behind the scenes to make each BSB book an exceptional read.

I’d also like to thank my dear friend and first-reader Jenny Harmon, for your invaluable feedback and insights. You help keep me on track and motivated during the writing of each manuscript more than you’ll ever know.

Dick D’Archangel, thanks so much for generously providing expert guidance on everything I needed to know about small planes. Marty, there are no words to tell you what your support and selflessness mean to me.

I am blessed to have a circle of close friends who provide unending encouragement and support. Linda, Felicity, Kat, Clau, and Es. Near and far, you are always close to my heart. Thank you to my brother Tom, always willing to chauffer me to the airport.

And especially to all the readers who encourage me by buying my books, showing up for my personal appearances, and for taking the time to e-mail me. Thank you so much.

I feel you watching over me

I miss you so very much

With deep respect and gratitude

Bryson Faulkner jerked up the collar of her coat as she stepped off the porch of her cabin. She lingered there, basking in the amber light of the late-morning sunrise, surveying her surroundings for any hint of change. Beneath the rough-hewn table she’d lashed for cleaning fish and game, she spotted fresh wolf tracks in the mud, the animals no doubt lured there by the lingering scent of the sockeye salmon she’d had for dinner. There was no sign of the lurking predators now. Nothing stirred except the large raven that took off from a black spruce twenty feet away and zigzagged past her in an amazing display of aerial acrobatics to land on the porch railing.

The bird studied her with intelligent black eyes and let out a raucous croak that ruffled the shaggy ebony feathers of his throat.

“Mornin’, Bandit.” Even before she reached into her pocket he was in the air again, beating his wings slowly to hover a moment before lighting on her shoulder. She held up her hand and he gobbled the offered raisins, nuts, and sunflower seeds, careful to avoid pinching the callused skin of her palm with his stout bill.

As he ate, she looked past him to the white-capped mountains that surrounded her cabin. Mathews Dome, due north, was the most photogenic peak in her part of the endless Brooks Range. A rounded granite crest 4,600 feet high, it was set off from its neighbors by the Wild River, curving west, and Flat Creek, forking around its base to the east.

But she used an unnamed mountain three hundred feet higher to the northwest, a jagged and fiercely sharp pinnacle, as her weather gauge. The roiling slate gray nimbostratus clouds blowing past the top confirmed the news she’d just received on her satellite phone. A fierce storm was headed her way, fast.

The one-room cabin she’d built with her own hands was nestled in the taiga forest that lined the Wild River at its confluence with Flat Creek. The valley floor between the mountains was wide here, nearly a mile across. Built on a rise to shield it from the high water of spring breakup, the log structure had a matching outbuilding for her snowmachine and tools, an outhouse, and a small cache on high stilts to keep her winter supply of game and salmon out of reach of opportunistic wolves, grizzlies, and other predators of the far north.

She regretted not refueling the plane after her last hop, but she’d barely made it home before dusk. Though Bryson had memorized every boulder and stump that littered her makeshift airstrip, it was still suicidal to take off or land in the dark. The gravel bar was less than a hundred feet long. Any slight mistake and she’d end up in the swift, icy currents of the Wild River.

Once the river froze and she could land on skis, she’d have a longer, wider runway, but the daily window of opportunity to land at her homestead would be frustratingly narrow. The days were shortening fast. In another two months, at the winter solstice, daylight would last only two hours in her little piece of paradise above the Arctic Circle. Almost any job she might take would require her to remain overnight at the nearest improved and illuminated runway thirty miles away in Bettles.

She dropped the few remaining seeds on the ground, and as the raven hopped off her shoulder to go after them, she headed down the trail to her red Piper Super Cub. While the plane warmed up, she freed it from its lashings and carefully inspected the exterior for damage before beginning her preflight checklist. Though she needed to leave soon, she refused to be rushed through her meticulous and methodical preparations.

The high wings of the Super Cub allowed her to taxi close to uprooted trees and boulders as tall as she was, and the model was one of the best at handling impossibly short runways and uneven terrain. Like many other bush pilots, she’d had it specially outfitted for the punishment it endured on a daily basis, with long, heavy-duty struts, reinforced axles and springs, and a dual landing apparatus that allowed her to set down on skis or oversized tundra tires.

The trip to the Bettles airstrip took less than a half hour. Flying low, she followed the river south as it curved through steep canyons, the clearance to the cliff faces on either side of her wingtips a mere twenty feet or so. Though she knew nearly every mountain, boulder, and tree en route, she was always hyperalert when in the cockpit, because no matter how clear the sky above, the geography of the mountain ranges made the wind a constant and unpredictable threat to small aircraft.

The proprietor of the Den jogged out to say hello as she filled her wing tanks. The Den was the center of all socializing in Bettles, with a bar and restaurant on the ground floor and twenty rooms upstairs to accommodate the hunters, fishermen, hikers, photographers, and other adventure-seekers who used the village as a jumping-off point for forays into the bush. Most were headed to the nearby Gates of the Arctic National Park or Arctic National Wildlife Refuge, which together covered more than twenty-seven million acres.

“Hey, kiddo, what’s shakin’?” Jerome Hudson was known by all as Grizz, and it was immediately obvious how he’d come by the nickname. A big brute of a man with massive shoulders, he’d had the unkempt silver-tipped brown beard and swept-back, shoulder-length hair for half his sixty-two years, and his dark eyes and slightly pointed incisors completed the resemblance to his wild ursine cousins. Since the death of Bryson’s father, Grizz had taken it upon himself to look out for her. “Real ball-breaker coming in.”