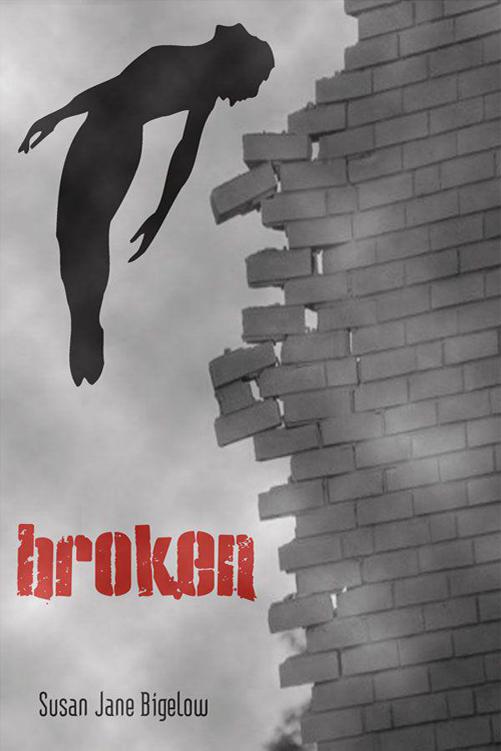 This is a work of fiction. Names, characters, places, and incidents either are the product of the author’s imagination or are used fictitiously. Any resemblance to actual events, locales, or persons, living or dead, is entirely coincidental.

To be opened by Michael Forward

You don’t know me, but I knew Joe very well. He and I were good friends when I lived on Earth. By the time you get this letter, I'll have been dead for several years. However, since I possess the same sorts of abilities you and Joe both have, I am able to know when you will need it, and I’ve arranged to have it sent to you then.

You’ve seen her in your mind many times, the woman with the baby in the subway station. You have some idea of what the baby could mean.

The train is the 10:14 Silver westbound, at the Union Tower station, platform 2. The date, you know already.

I won’t tell you that it’s important. You know that, too.

Try to find Silverwyng—she will help you. Ask at Union Tower.

I’m sorry. Please know that. And thank you.

All of my love,

She lay on her back, belly aching with hunger. Nearby, a space-bound ship heaved itself off the ground with a sigh and a groan, then sluggishly powered its way up towards the outer atmosphere and the vacuum beyond.

She followed its path with her finger, tracing the dissipating wake back and forth. Silverwyng had been more graceful by far.

Her stomach howled in pain. She groggily stood and staggered off towards the nearest place she knew of where she could get something to eat.

Broken remembered the rush of wind against her cheeks, whipping her long hair out behind her in a flashing silver arc.

The mission looked like any other: Third Perthist Universalist Ministries. It was in the dark, dingy basement of a building standing in a neighborhood that had never quite been rebuilt since the war. The Sisters there gave Broken the eye; they knew her.

"Have you been drinking again?" one asked, fixing her with a disapproving stare. Broken didn’t say anything. Her head hurt. One downside to being her was that it took an awful lot of booze to get really drunk. She usually ran out of money first.

They gave her a plate of greasy something and a slice of something else. It may have been cheese, but Broken couldn’t really see it too well. She ate it anyway, and immediately felt better. Her system needed to recharge. She mumbled her thanks and shuffled outside. She'd come back again when she got hungry enough She always did.

A tall, brilliantly handsome man took her hand as they leapt into the night sky together. Her heart soared.

She poked through some garbage cans, looking for anything she could use or sell. Jude would buy pretty much anything, if it didn’t stink too badly. Eventually she gave up and settled in an alley next to a trash compactor, huddling desperately against its cold metal sides in a futile attempt to get warm. Winter was coming on. Maybe she ought to go south. She’d always wanted to. She might be happier if she were warm all year. She reached into her coat pocket and felt something cool and hard.

An unopened bottle of something strong. She took a rushed swallow and felt the warmth spread through her. Her eyes grew heavy. Thoughts of heading south evaporated like droplets of alcohol from her lips. She drained the entire bottle as fast as she could, and waited for oblivion.

She jerked awake. Two men in dark, irregular uniforms with black and white armbands marked with stars loomed at the far end of the alley. Black Bands; Reform Party militia. She scrunched into a little ball. She didn’t want Black Bands to notice her. They’d caught her once, and…

She moaned softly despite herself.

A shrill squeak, something animal, brought her back to senses. They had a cat, they were...

She stood. She was still drunk. Of all the times... She swayed back and forth dangerously before she found her legs. The two Black Bands looked her way.

"Drop the cat," she heard herself say, voice slurred and shaky. "Or else."

That was easy! How long had it taken Silverwyng to get to this point? She’d agonized and searched her soul for months before doing this. Broken had less to lose, perhaps, than Silverwyng.

The man opened his hand. The cat hit the ground and sprinted away to safety. Their quarry lost, the Black Bands advanced on her instead. She crouched in a ridiculous fighting pose, desperately reaching back to remember some of her training as they bashed her head in.

She returned from the dead some hours later.

A red mist blanketed her field of vision. Her bones
stretched
and knitted themselves back together; her muscles contracted and expanded; her lip’s two halves found each other, latched on, and sewed themselves up. Her body contorted and crackled, trying to piece itself back together in the time it takes to carve a turkey.

She writhed and spun in agony. Blood—hers—had soaked through all her clothes. The pain was unbearable, excruciating.

She spat out a tooth, moaning in pain.A new tooth was already driving its way through her gum. She laughed and screamed at the same time.
Ecstasy
. She loved it. She
loved
it.

"E
xcuse me," the nervous-looking young man said, "But I’m looking for someone. Perhaps you can help me."

The secretary looked up from her screen, where she had been reading a fine novel of highest-class erotica, and sighed, looking him up and down. He was small and slight, skinny like a boy, but with anxious, intelligent eyes and a strange, pinched expression on his face. He was trying not to look at her."Yeah?"

"Her name is—was—Silverwyng. Spelled with a ‘y’ in the ‘wyng,’ I believe. I know that she lived here, once."

The secretary sighed again, this time with more flair; she had a whole repertoire of sighs for annoying visitors. "We don’t give out personal information about Union members."

"I’m a reporter." He gave her a complicated ID card; she took her time swiping it. "I work for the
Reformist Monthly
, I’ve been assigned to profile some lesser-known Union members. Is there anyone I can talk to?"

The secretary spent several resentful, unhurried minutes scanning through his credentials, but at last tapped a message into her computer. The
Reformist Monthly
sounded too official to ignore completely. "Mr., uh, Forward, Sky Ranger is going to come down and see you," she said. "Consider yourself lucky." It was obvious from her tone that she wished herself in his place, all of a sudden.