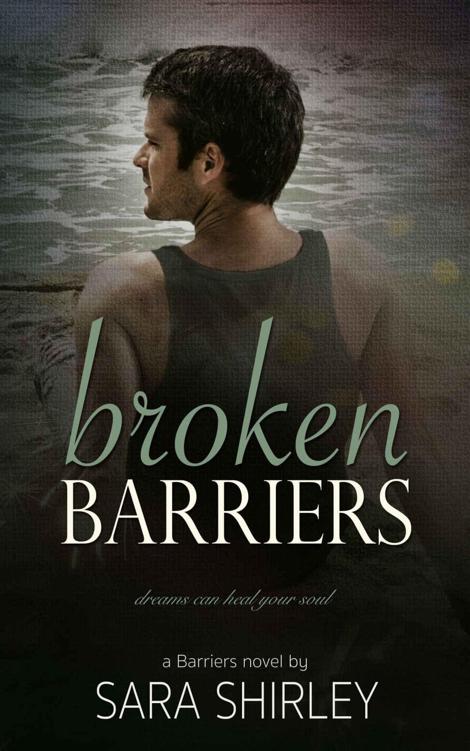 Cover Design by RE Creatives,
https://recreativesdesigns.wordpress.com

This book is a work of fiction. Names, characters, places, and incidents either are products of the author’s imagination or are used fictitiously. Any resemblance to actual personas, living or dead, events, or locales is entirely coincidental.

Veterans, darkness has the power to bring anyone down. For many, that darkness gets the better of you. Never give up hope that someone, just someone, might be able to make you laugh or make you cry. Someone might fight for you the way you have fought for us. Someone is always willing to listen and to guide you to a better place.

As I walked away from the check-in counter at the airport, I realized this would be my last chance to tell Courtney how I felt. I knew in my heart it was now or never. I approached her nervously and watched her sitting there with her cup of coffee held tightly between her hands and the ivory-knitted infinity scarf wrapped loosely around her neck.

The cold, snowy New Hampshire weather had continued to wreak havoc on all flights to and from Manchester-Boston Regional Airport since Christmas Day. There had been nearly two feet of snow that had accumulated since I had arrived home five days ago. My flight was delayed still another couple of hours before I was set to head back to Camp Pendleton, California.

I clutched the official military orders within my sweaty hand as I walked through swarms of anxious people. Everyone was in a rush to go nowhere. Now that my time was growing short, I didn’t want the last remaining minutes I had with Courtney to end.

I sat to the left of Courtney with a little added force, clearly not ready to say what needed to be said. Who knew if she was even ready to hear what I finally had to say? Either way, it had to be said.

“Thanks for bringing me in,” I said in a raspy voice through my scratchy throat as I watched her lean back into the seat before taking a sip of her coffee. “You probably had more important things to do on New Year’s Eve. Plus, the weather is certainly not the greatest to drive in.”

Courtney dropped the cup from her lips and glanced over at me. Her delicate fingers wrapped around the steaming cup of coffee easily distracted my eyes again. She narrowed her stare at me and then turned slightly in her seat to peer outside.

“What? You mean this?” Courtney waved her hand at the snow that continued to fall outside the windows. “It’s New England. It will be sunny and fifty degrees in a half hour.” She shrugged her shoulders, easily brushing off the conditions. Her eyes were wide but wary, and there was an unknown expression on her face that twisted the line of her lips into a look of caution. “It’s no problem,” she said guardedly. “I wanted to.”

Courtney drew her bottom lip beneath her teeth and nervously chewed as she tucked her chin under the rough fabric of her scarf. She was clearly hiding something that had weighed on her mind as well. I ran the brim of my tan military cover between my hands anxiously. I needed more time as I mustered the strength to finally say the words I had only rehearsed in my head for so long.

Courtney rose to her feet and walked aimlessly to the trash bin. She took a final sip from her coffee cup and tossed it away. I watched while her tan Uggs slowly scuffed their way back to me. She stood over my slouched body and rested her hands on my shoulders. I instantly relaxed just from her simple touch, despite the chaos that ensued all around us. The TSA announcements were muffled and gagged. The once screaming kids were now silent as mice. At that moment, it was only the two of us at the airport.

My eyes roamed from the floor until I was met with a set of blue eyes that stared back into my hazel eyes. My head tilted ever so slightly before I shut my eyes. Within seconds, my chest released a deep weighted sigh. It was time to come clean. As Courtney’s gentle hand ran along the side of my face, I leaned into her caress while my hand came up to rest over hers.

My eyes flickered open and witnessed a single tear roll down her cheek. It killed me that I couldn’t wrap her within my arms and kiss each tear away. God, I wanted to. All the pain I felt within my soul was amplified by the fact she didn’t belong to me. She never did, and yet she still needed to know what I had to say.

“What’s wrong?” Courtney shook her head with uncertainty. Her eyes continued to fill with moisture with every second that passed. Each second signified one less we had to spend together.

I shrugged my shoulders. “I was just remembering the last time you touched my face like that…” I said slowly, my voice trailing off into silence.

She moved to sit next to me, her head turning slowly on her long flowing neck and her gaze softening for just an instant.

“That was last summer,” she said, before the walls of her wariness came up again. “A brief fling. That’s all...because that’s all you wanted.”

I grunted loudly, like I had been punched in the heart. My eyes wrenched closed as though I was trying to erase a memory. “And now it’s too late.”

“For us.” My eyes dropped and glanced down at Courtney’s left hand that rested on her denim-covered knee. The diamond sparkled brightly, nearly blinding my eyes as I let out an exhausted breath. “You decided to get engaged to some random prick you just met.”

Courtney flinched, her tiny hand bunch into a fist, and a sudden hectic flush of color washed across her face. She made a sharp hiss of breath, and her lips paled. The scorned look was written all over her face.

“You’re a Marine, Drew. You went away,” she spat the words. “What was I supposed to do? Wait for you?”

“Would you have?” I asked abruptly. “Would it have mattered if I told you it was more than a fling for me last summer?”

Courtney stiffened in her seat. Her eyes became hooded as though she was suddenly very tired. She began to shake her head slowly, not in denial, but in confusion. “I don’t know…” She gasped softly. The glistening wetness crept slowly down her cheek again as she choked back tears.

For a long time, both of us sat silent. The tension was a palpable thing, like a wall thrust up between us—a barrier of tormented emotions and memories.

I ran my fingers through my short military-cut hair and rose to my feet. I could feel the frustration sizzling in my blood. I took three angry steps away and then stopped suddenly, my hands steady on my hips, my head bowed. I could tell Courtney saw the rigid set of my shoulders slump. I turned back to her slowly and lowered myself to be eye level with her. My hands gripped firmly on the armrests of her seat.

“Court, you are my one regret,” I said so softly that the words seemed barely more than a whisper. “In the time I was away, I couldn’t get you off my mind, ever. And now—”

“And now you’re going away again,” Courtney finished the sentence. “To Afghanistan, Drew!”

I screwed my eyes shut and just nodded my head. As I pushed back to my feet, I stared down at the floor between my tan booted feet for a long time. When I finally looked up again, the anger and frustration were gone, replaced by some deeper emotion that must have shown in my eyes.

A quick glance at the clock told me all I needed to know. It was time for me to go. My eyes focused on my overstuffed military-issued MOLLE pack. I took a few short steps as I grabbed the bag and pulled open the Velcro pouch and removed a single envelope. Without closing the pouch, I forced the bag over my desert fatigue-covered shoulders. With a couple of minor adjustments, it was in place on my back.

“Do me a favor, Court. Keep an eye on everyone while I’m gone,” I said. “Especially Mom and Dad. They’re worried more than they let on. Once I’m over there, I’ll only be able to call when they tell me I can.”

Courtney rose to her feet and walked the short distance to stand close to me. “You know I’ll always look out for them, Drew.” Her voice cracked a little more with each spoken word. “Just please be safe over there. You have a family that loves you and a newborn nephew to watch grow up.”