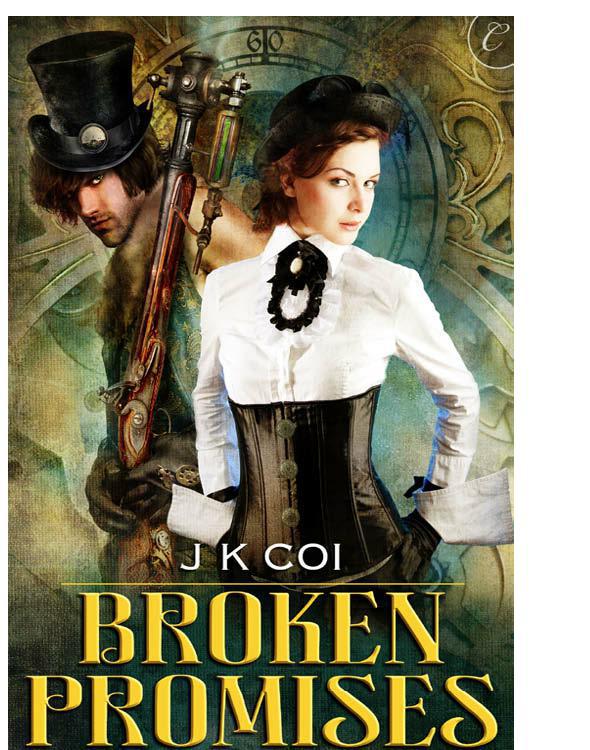 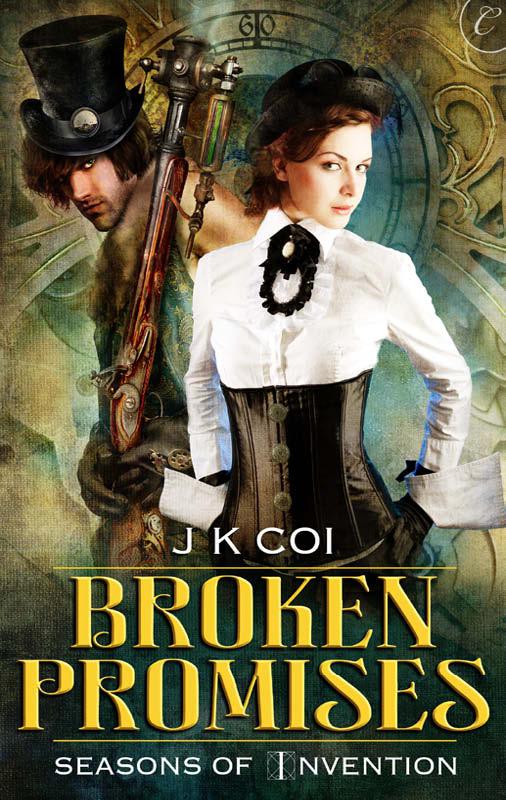 Former ballerina Callie Carlisle is determined to rebuild her life with her new mechanical limbs. She’s just learned to accept the enhancements that saved her from certain death when she experiences uncontrollable twinges and flashes of light that obscure her vision. Terrified of literally falling apart, she resists telling her husband. Jasper’s already vowed to keep her out of harm, and she doesn’t want to worry him further.

When the War Office’s General Black arrives with an urgent mission—rescue the doctor who created Callie’s enhancements—she has no choice but to accept. A rogue agent and former patient of the scientist believes the biomechanical modifications he received are killing him, and he’s out for revenge.

Callie must reach the doctor before it’s too late. But with an overprotective Jasper at her side, and her alarming symptoms getting more frequent, will she be able to hold herself together long enough to save the doctor…and herself?

I celebrate my wedding anniversary in September, and that’s why I think of it as my month of romance. Even after eight years, the romance is still alive in our relationship, I’m married to my best friend, and I’m living my very own happily ever after.

That’s why I’m thrilled we’re kicking off Shannon Stacey’s return to the hunky and delicious Kowalski men with the first of three back-to-back Kowalski contemporary romances this September. It feels like my very own celebration of romance! Meet Mitch Kowalski and enjoy the ride as he finds
his
true love in Paige Sullivan, in
All He Ever Needed.
Look for Ryan’s and Josh’s stories in October and November 2012.

September is truly a month of romance at Carina Press, with all but one of our releases falling in this genre. If you find yourself wanting to remain in the here and now, be sure to check out contemporary romance
Finally Home
by Helen Scott Taylor. Catch up with the Men of Smithfield in L.B. Gregg’s contemporary male/male romance
Men of Smithfield: Max and Finn.
And take a chance on Rebecca Rogers Maher’s
Fault Lines,
a moving and emotional contemporary romance that had our team members calling it “amazing” and “gripping” while extolling its virtues at our acquisitions meeting.

If you’re looking for adventure, intrigue and romance with a fantasy flavor, this month we kick off Sandy James’s fantastic Alliance of the Amazons series. Rebecca Massee discovers that not only does she possess incredible powers, she is one of four lost chosen sisters who must fight to keep humanity safe from rogue gods and demons. Can she sacrifice the man she loves if it means saving the world? Find out more in
The Reluctant Amazon
by Sandy James. Joining Sandy in the realm of otherworldly releases, Annie Nicholas’s
Starved for Love
is a delightful and thoroughly erotic tale of a succubus who wants nothing more than to be loved, and an incubus who doesn’t believe in anything but lust.

Look no further than Fae Sutherland’s male/male space opera romance
Sky Riders
for a galactic adventure that will leave you longing for the days of Nathan Fillion,
Serenity
and
Firefly.
And if
Sky Riders
isn’t enough of an escape from planet Earth for you, then
Blue Nebula
by Diane Dooley will surely please science-fiction romance fans.

Fans of comics, superheroes and
The Avengers
should check out our two newest superhero releases. In
How to Date a Henchman
by Mari Fee, our hero proves that it’s not always the superheroes who are the most heroic—sometimes it’s the henchmen who save the day—and get the girl.
Yesterday’s Heroes
by Heather Long poses the question of what might happen when two superheroes have different goals. Drawn together by passion, and on a collision course with fate, can Rory and Michael work together to change the future? And though not a superhero romance, J.K. Coi’s steampunk romance
Broken Promises
, a follow-up to
Far From Broken
, brings back super-spy Jasper and his modified wife, Callie, for a continuation of their romance as Callie joins Jasper in the world of spies, danger and intrigue.

Last, though the month of September is filled with romance of all designs, it also brings with it one rich, engrossing and compelling historical mystery in
Tainted Innocence
by Joss Alexander. Fan of authors such as Deanna Raybourn and C.S. Harris won’t want to miss this engaging debut novel.

Celebrate my month of romance with me this September and try one or two (or five or six) of our new releases. You’ll find new authors to love and stories you can’t wait to share!

Acknowledgements are always both the easiest and the hardest part of the book to write. Easy because I’m overjoyed to be able to say thank you to the special people I have been blessed to have in my life. From the bottom of my heart.
Thank you
. Then again, these are hard because I don’t want to miss anyone. But here goes:

Thank you to my husband and son, who have never doubted me. Ever. I can’t express how much I love you both.

Thank you to Christine d’Abo, a treasured friend and the best writing partner a person could ask for. I love when you read my work and say, “This might be your best book yet…but let’s rip it apart anyway, okay?”

Thank you to the rest of my core support group. Paula, I love you for your frankness and humor. Kimber, I love the way you turn everything into a positive opportunity for growth and learning. Amy, I love your exuberance and unflagging energy. Thank you also to the Vixens—Maggie, Tiffany and Elyssa—without whom navigating my way in this business would have been impossible.

Thank you to Carina Press and Angela James for the opportunity to write these stories.

And most of all, thank you to my editor, Deb Nemeth, who always makes me go deeper, find more conflict and build more tension. I am honored and grateful to be able to continue to work with you.

The heavy clunk of her boots as she walked with slow, measured steps had ceased to bother her…except here in this particular room, where she’d once spent so much of her time. The wide-plank flooring and high ceilings magnified the sound and sent it back at her. In here, the battle she fought with her memories was always just a little bit harder.

Callie opened her eyes, only now realizing that she’d squeezed them closed and clenched her hand into a tight fist at her side. After a deep breath, she took another step into the ballroom. Bright morning sunlight shot through the wall of windows facing the east garden, throwing long rays across the smooth, polished floor and making the dancing dust motes look like tiny glittering snowflakes.

The room had never been used for parties and elegant dinners with the country set. But she’d spent many hours here doing
pliés, élevés
and
ronds de jambe
at the barre, or practicing leaps across the long expanse of floor.

Lifting her head, she heard the tinkling voices of the servants as they tidied up the breakfast dishes next door in the morning room, but in here there was nothing. The special gramophone Jasper had gotten for her two years ago, which played at the push of a button instead of having to be wound up, sat silent and dusty in the corner as if it were a child receiving punishment. Framed posters from her performances in London and Paris hung on the back wall, where a rack of costumes and a shelf of slippers waited for the dancer who’d once worn them to return.

But that wasn’t going to happen. She was no longer the famous Calliandra, prima ballerina. This was the studio of a woman who didn’t exist anymore…and the person who’d taken her place had been avoiding it too long.

Which is why she’d come here. To face her past before the servants took everything down. It was time to embrace the future.

It had always been her plan to one day retire from the ballet and settle down to grow round with Jasper’s child. Her hand flattened over her empty belly. There was no chance of that now. She would never hold her own baby. Jasper would be denied an heir for the title that had been in his family for more generations than they could count. She’d received confirmation yesterday but still hadn’t told him. In fact he didn’t even know about the doctor’s visit. She wasn’t certain what would be worse—the look in his eyes if he learned she’d broken their mutual promise to keep no secrets, or telling him the truth and having all her worst fears come true.

Although Jasper made no sound as he stopped in the doorway behind her, she knew she wasn’t alone any longer. His presence eased her melancholy. She squared her shoulders and breathed in deeply, letting the familiar combination of lemon-scented soap and the woodsy cologne she’d given him for his birthday wrap her in comfort like a warm blanket.

“What are you doing here? I thought you were going into town today.” Her husky voice didn’t crack on the words as they usually did. In fact, lately her throat felt less like she’d swallowed a handful of nails and almost…normal, but it was still a good thing she’d never been a singer as well as a dancer.

“What are
you
doing here, love?” He moved closer. His hand caressed her arm, upward over the sleeve of her white lawn shirt to her shoulder, knuckles grazing the swell of her breast along the way. “John told me you asked him to find a trunk and pack up your studio to make way for new equipment.”

“Yes.” She sighed. Since returning home from Manchester, everyone had been treating her very…carefully. Including Jasper. He and their friends and all the servants seemed to think she was delicate and breakable.

What Isabella Desires by Anne Mallory
So Much for My Happy Ending by Kyra Davis
The Killer Touch by Ellery Queen
Whisper (New Adult Romance) by Claire, Ava
Hellblazer 1 - War Lord by John Shirley
The Cold Light of Mourning by Elizabeth J. Duncan
Danger Zone by Franklin W. Dixon
Held At Bay by John Creasey
Epilogue II: A Bonus Chapter to Hidden Order by Brad Thor
Sunshine Yellow by Mary Whistler
Our partner