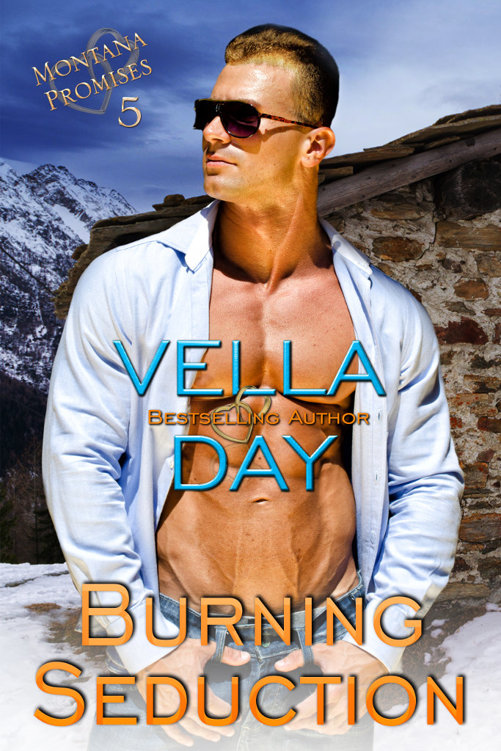 D
etective Trent Lawson
might have been responsible for putting a lot of men in the Montana State Prison, but he’d never escorted any of them out before—especially someone related to him.

“Your brother is being brought out now,” the guard said.

Despite having visited Harmon many times, the barren walls and sterile environment still gave Trent the creeps. He couldn’t imagine being cooped up in there. The three years his brother had served seemed like a lifetime.

Dragging his palms down his jeans, Trent was both excited and uneasy about having Harmon back in Rock Hard. He’d thought he’d known his older brother, but apparently Trent had kept his head in the sand when it came to him. Now that he’d served his time for insider trading, it was time for Trent to let go of his anger. At least that was his plan. How well he could execute it was anyone’s guess.

He shook his head. There had been a time when he’d worshipped his older brother, but no longer. Harmon had fallen off that pedestal when he broke the law. It was ironic that Trent had been the one who’d been tossed in the Last Opportunity School just as Harmon was finishing college and graduating at the top of his class.

Standing erect, and with his gaze cast slightly downward, Harmon was led out by an armed guard. Before prison, his brother kept his light brown hair perfectly styled, but now it was cropped short. He’d also been on the chunky side, but his brother was thinner now and packed with muscles. Despite the positive change in fitness level, his brother looked older, more worn. Appeals and false hope had done that to him.

Trent inhaled, moved toward Harmon, and embraced his brother for a moment before holding him out at arm’s length. “You look like shit, bro, you know that?” Humor was the only way to calm his churning gut.

He held his breath, not having any idea whether he’d be met with anger, cheer, or total elation.

Harmon smiled, and a familiar brotherly rush filled him. He looked behind Trent. “I take it the old man didn’t come?”

Trent blew out a breath. “You know better than to ask.”

Harmon slung an arm over Trent’s shoulder. “As I’ve been saying, I was framed, but no one seems to believe me, especially Dad.”

All criminals claimed they were innocent, but Trent decided to keep that opinion to himself. “Dad’s a cop at heart. He’ll need irrefutable proof.”

Harmon lowered his arm and nodded. “I plan to get some, but I was hoping doing my time would have helped him forgive me.”

“You know him. Or maybe you don’t. Ever since he became disabled, he’s become more ornery.”

“Didn’t think that was possible. I had hoped we could be a family again, but I guess not.” He shoved a free hand in his pocket, holding his few possessions in the other.

As much as Trent would have liked to turn back the hands of time to before his parents divorced and when Harmon was riding high, Trent was the first to admit that wishing for those days wouldn’t make them return. Besides, he wasn’t ready to open his heart and be all-forgiving either. He, too, had been betrayed.

They reached his Jeep and Trent jogged to the driver’s side, while Harmon slid onto the passenger’s seat. “If I forgot to mention it, thanks for picking me up,” Harmon said as soon as Trent was seated.

“That’s what brothers are for.” Even when Trent had visited him in prison, the tension between them had never been this intense. “I found you an apartment, but it won’t be available for another week.”

“Fantastic, though I won’t be a charity case. I’ll need to look for a job, even though I had a little money left over after the trial.”

He had a lot left over. The lawyer’s fees had only put a small dent in his savings. “I asked Pete Banks of Banks Construction if he needed someone for his crew, and he said he could use a man. Since you always were the handy one, I thought it might be a good fit.”

“In high school, maybe. I appreciate you helping, but I want to do this my way.”

Trent wasn’t one to push. He understood pride better than anyone. “Fine.”

The hour drive went by quickly, mostly because Harmon kept the focus off himself by asking about Trent’s detective work. “You really seem to love your job,” his brother said, pride evident in his voice.

“I do. Given where I was thirteen years ago, I certainly wouldn’t have pictured that I’d end up in law enforcement.”

“The service turned you around.”

“True, as did that school for delinquents.” Trent drove through the main part of town and couldn’t help but wonder what changes his brother spotted. “Look any different?”

Harmon kept his gaze out the window. “Not too much. Glad to see Italiano’s Pizza is still there.”

“Yup.” Harmon used to work there in high school. Trent was seven years younger, and at the time, wasn’t aware of anything other than sports and girls.

“There’s Charley’s Crafts and the Park Hotel.” Harmon leaned back and smiled. “It’s good to be home.”

Trent hoped his brother had the same opinion in a month. Not everyone thought highly of ex-cons. Once past town, Trent made good time to his house. “I picked up a few of your things from Dad’s.” After Harmon went to jail, Trent had packed up his brother’s belongings from his apartment and stored them in Dad’s garage.

Harmon smiled, looking like he used to before all this shit came down. “I owe you.”

Only for crushing my dreams.
Trent pulled into his drive. “Home, sweet home.” Harmon hadn’t seen it since he’d purchased the house two years ago.

His two-bedroom wasn’t large, but it served his purpose especially since he wasn’t home much. Between protecting lovely ladies in distress and tracking down clues, he kept busy.

Once inside, he showed his brother to his room and where things were located, but Trent was at a loss what to say. “I promised a friend I’d go to his birthday party, and I’m running a little late. You want to come?”

As mean as it sounded, he almost didn’t want his brother to take him up on his offer. There’d be too many uncomfortable questions. It wasn’t as if he told the world he had a brother in the joint.

“Thanks for the invite, but I’ll pass. I might spend a whole hour in the shower, then veg in front of the tube—something I rarely had the opportunity to do in prison. Besides, you don’t need to be dragging around an ex-con.”

Trent refused to comment. “I stocked up on beer and food. Help yourself.”

“Yeah.” Not ready for more conversation, Trent hurried out.

Going to Vic Hart’s party empty handed wasn’t his style, so he stopped at the Jiffy Mart to pick up a six-pack. Before he went inside, he called the birthday boy.

“I hope you aren’t canceling,” Vic said without even saying hi. A laugh sounded in the background, along with other chatter.

Trent chuckled. “Are you kidding? I’ve been working nonstop for three days.”
Not to mention picking up my brother from prison.
“I’ve been looking forward to this, old man.” Vic was turning fifty-one. “I’m at Jiffy’s, and just wanted to see if you or Ellie needed anything. More booze, chips, dip?”

“Let me ask her.” Vic mumbled something. “No, we’re good. Just get your ass over here so the party can begin.”

The store was empty, which was rare for a Friday night. Since he’d not taken a leak at his house, he headed to the back toward the bathrooms. Once he finished and stepped into the hallway, he heard shouts coming from the front. His instincts kicked in, and he went for his gun. Fuck. He’d left his spare in his glove compartment.

Crouching low, he edged his way between the bread section and candy aisle. Some guy was facing a pale looking clerk, whose hands were raised. Not good. From the robber’s slight size, he probably wasn’t more than a kid. Jesus. Trent didn’t need this tonight, not after what he’d gone through today. His nerves were already on edge.

“Give me the money,” the young man grunted.

Trent checked for other occupants but detected no one, and he hoped it stayed that way. When the clerk spotted him, Trent held up his hand hoping to prevent the man from giving away his position. He then slowly reached into his pocket, and when he waved his badge, the clerk’s shoulders relaxed. Perhaps now he wouldn’t try anything heroic.

The man behind the counter told the kid he’d give him anything he wanted. While the gunman was being placated, Trent eased closer. The cash register dinged open and the clerk slowly removed the money, giving Trent time to move into position.

When he cleared the final aisle, Trent sprinted toward his target, eating up the last ten feet before the kid could react. In one quick move, Trent wrapped his arm around the man’s neck, and with his other hand, wrenched the weapon from his fingers. “You’re under arrest.”

“Fuck you, man. I didn’t do nothin’.” The kid squirmed, but Trent held him tight. Jeez, he almost sounded like Harmon, claiming he was innocent. Guilt stabbed him. He wondered if this kid would end up spending a large portion of his life in prison.

Terminal Point by K.M. Ruiz
BODYGUARD - Part One (The BODYGUARD Series, Book 1) by Wyld, Erika
Operation Greylord by Terrence Hake
Al Capone Does My Shirts by Gennifer Choldenko
Ex's and O'S by Bailey Bradford
A Shade of Vampire 24: A Bridge of Stars by Bella Forrest
And the Band Played On by Christopher Ward
Long Slow Second Look by Marilyn Lee
What Remains by Helene Dunbar
Candy Factory Mystery by Gertrude Chandler Warner
Our partner