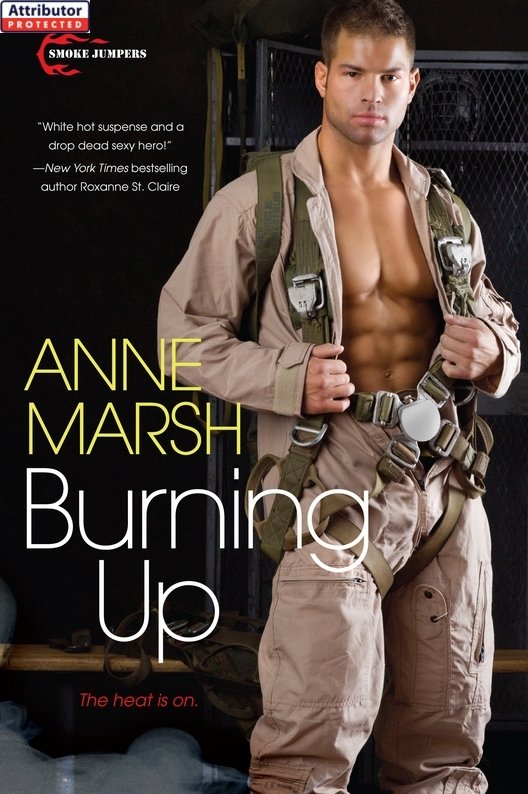 He'd do it. Grudgingly. Not graciously. He wasn't walking away from Nonna, and that meant he couldn't walk away from Strong. He didn't know how he'd get through the fire season or make sure he and his guys all had what they needed. He was a jumper, not a long-term planner. But somehow he'd figure it out. Town needed someone else there 24/7 in the winter months, too. For all the oven fires and home-wiring jobs gone bad. Ben was getting on; he wouldn't be able to manage single-handedly forever. He'd make some calls, put out some feelers, he decided. Somewhere there was a man who was right for the job. But he and his boys, well, they'd be riding out of town at the end of the summer, like they always did.
There was no changing who or what they were.
The plane banked and came back around, the vibrations making the floor shudder beneath his steel-toed boots. The spotter bawled an update, but the engine's roar drowned the man out. Didn't matter. Jack knew precisely what he needed to do. Fire was clear as day from fifteen hundred feet, a Dante-esque patchwork quilt with the jump spot a small bare circle in the very heart of the flames.

Culture Warrior by Bill O'Reilly
Some Like It Witchy by Heather Blake
Lorraine Heath by Texas Splendor
Into the Garden by V. C. Andrews
Predator's Kiss by Rosanna Leo
The Essential Guide to Gay and Lesbian Weddings by Tess Ayers, Paul Brown
Heartsick by Chelsea Cain
Cold As Ice by L. Divine
First Impressions: A Tale of Less Pride & Prejudice (Tales of Less Pride and Prejudice) by Adams, Alexa
Sex in a Coffin (Kismet Knight, Vampire Psychologist) by Hilburn, Lynda
Our partner