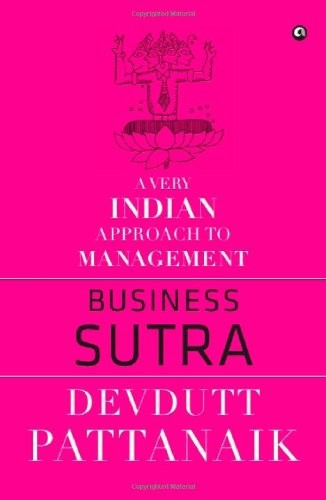 “Brilliantly argued, original and accessible, this book presents a radical and nuanced approach to management, business and leadership in an increasingly polarised world.” –
The Hindu

“The approach is clear. The content is well-researched and solid and there is nothing which is out of place. The integration of mythology and the workplace is seamless and brilliantly executed.” –
IBN Live

“The book will leave you with a thought, which will germinate into a change in behavior.” –
First City

In this landmark book, bestselling author, leadership coach and mythologist Devdutt Pattanaik shows how, despite its veneer of objectivity, modern management is rooted in Western beliefs and obsessed with accomplishing rigid objectives and increasing shareholder value. By contrast, the Indian way of doing businessas apparent in Indian mythology, but no longer seen in practice accommodates subjectivity and diversity, and offers an inclusive, more empathetic way of achieving success. Great value is placed on darshan, that is, on how we see the world and our relationship with Lakshmi, the goddess of wealth.

Business Sutra uses stories, symbols and rituals drawn from Hindu, Jain and Buddhist mythology to understand a wide variety of business situations that range from running a successful tea stall to nurturing talent in a large multinational corporation. At the heart of the book is a compelling premise: if we believe that wealth needs to be chased, the workplace becomes a rana-bhoomia battleground of investors, regulators, employers, employees, vendors, competitors and customers; if we believe that wealth needs to be attracted, the workplace becomes a ranga-bhoomia playground where everyone is happy.

Devdutt Pattanaik has written over twenty-five books and 400 articles on Indian mythology for everyone from adults to children. Since 2007, he has been explaining the relationship between mythology and management through his column in the Economic Times; the talk he gave at the TED India conference in 2009; and the show Business Sutra which ran successfully on CNBC-TV18 in 2010, besides numerous other lectures at Indian universities and management institutes.

Trained to be a doctor, he spent fifteen years in the healthcare (Apollo Health Street) and pharmaceutical (Sanofi Aventis) industries and worked briefly with Ernst & Young as a business adviser before he turned his passion into a vocation and joined the think tank of the Future Group as its Chief Belief Officer.

This digital edition published in 2013

First published in India in 2013 by

No part of this publication may be reproduced, transmitted, or stored in a retrieval system, in any form or by any means, whether electronic, mechanical, print reproduction, recording or otherwise, without the prior permission of Aleph Book Company. Any unauthorized distribution of this e-book may be considered a direct infringement of copyright and those responsible may be liable in law accordingly.

All rights reserved.
This e-book is sold subject to the condition that it shall not, by way of trade or otherwise, be lent, resold, hired out, or otherwise circulated, without the publisher’s prior consent, in any form or cover other than that in which it is published.

anjay Jog, who was Chief People Officer of the Future Group, and earlier with the RPG group, DHL Worldwide, and Taj Hotels, and is currently with Reliance Industries. Long conversations on his vast experience with corporations and human resource practices helped reaffirm many of the frameworks that constitute this book. Every day a new dot would appear, redefining old patterns, filling us both with wonder and awe, confirming that the world described by the rishis is indeed ananta and sukshma, full of infinite forms, layered with infinite meanings. Few joined in these deliberations. Some found it tedious and repetitive, others disturbing. Many resented this timepass on official time, reminding us once again what the rishis kept pointing out: observers create observations! I can safely say that this yagna changed us both forever. We finally understood what the rishis meant when they said: in wisdom, the daughter turns into the mother.

From Goal to Gaze

A Very Indian Approach to Management

How to reject this book 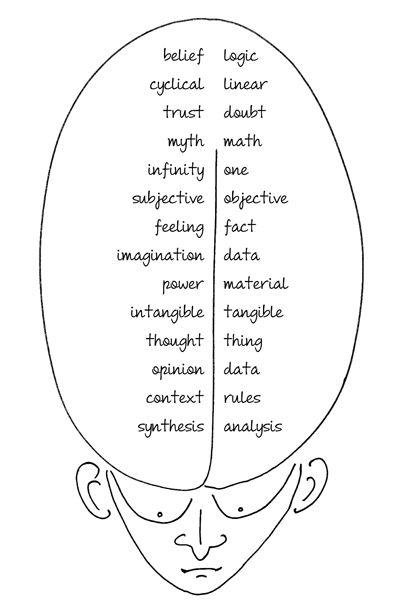 n the monsoon of 2008, I was made Chief Belief Officer of the Future Group. The idea behind this unusual designation was deliberate and simple: to startle people and make them see the critical role of belief in business.

There was the risk of being mistaken for a pastor, a guru or a priest, for many equate belief with religion and spirituality. Some were even convinced that my role was that of an evangelist or a propagandist: to help the organization manipulate the beliefs of employees and customers until they were more enterprise-friendly.

My job, however, was to neither judge nor change beliefs; it was simply to articulate them. The intention was to expand the mind of those involved in business so that they could see the misalignment between business practices (that they blindly followed) and the beliefs of people (that they remained oblivious to). When the mind is expanded, we are able to see more frameworks, understand the world better, take better decisions, ones that ensure a viable, sustainable and happy business.

Belief is subjective truth, my truth and your truth, the lens through which we make sense of the world.

Animals do not have beliefs. Animals want to know if the other is food, a mate or a threat. Humans, however, are consumed with notions of what is true (satyam, in Sanskrit), good (shivam) and beautiful (sundaram). Belief establishes these. Belief enables us to qualify people as heroes, villains and victims. Everyone believes their subjective truth to be the objective truth, and clings to it firmly, as it determines their self-image and their self-worth. 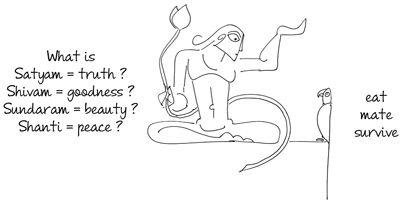 Belief plays a key role in business: it determines choices and propels the decisions of buyers and sellers, regulators and shareholders, investors and entrepreneurs, employers and employees, vendors and customers. It determines how we do business, and what ultimately gets done.

As is belief, so is behaviour, so is business. This is Business Sutra. We can call it the 3B framework. Sutra is a string that connects the dots; here the string connects belief with business.