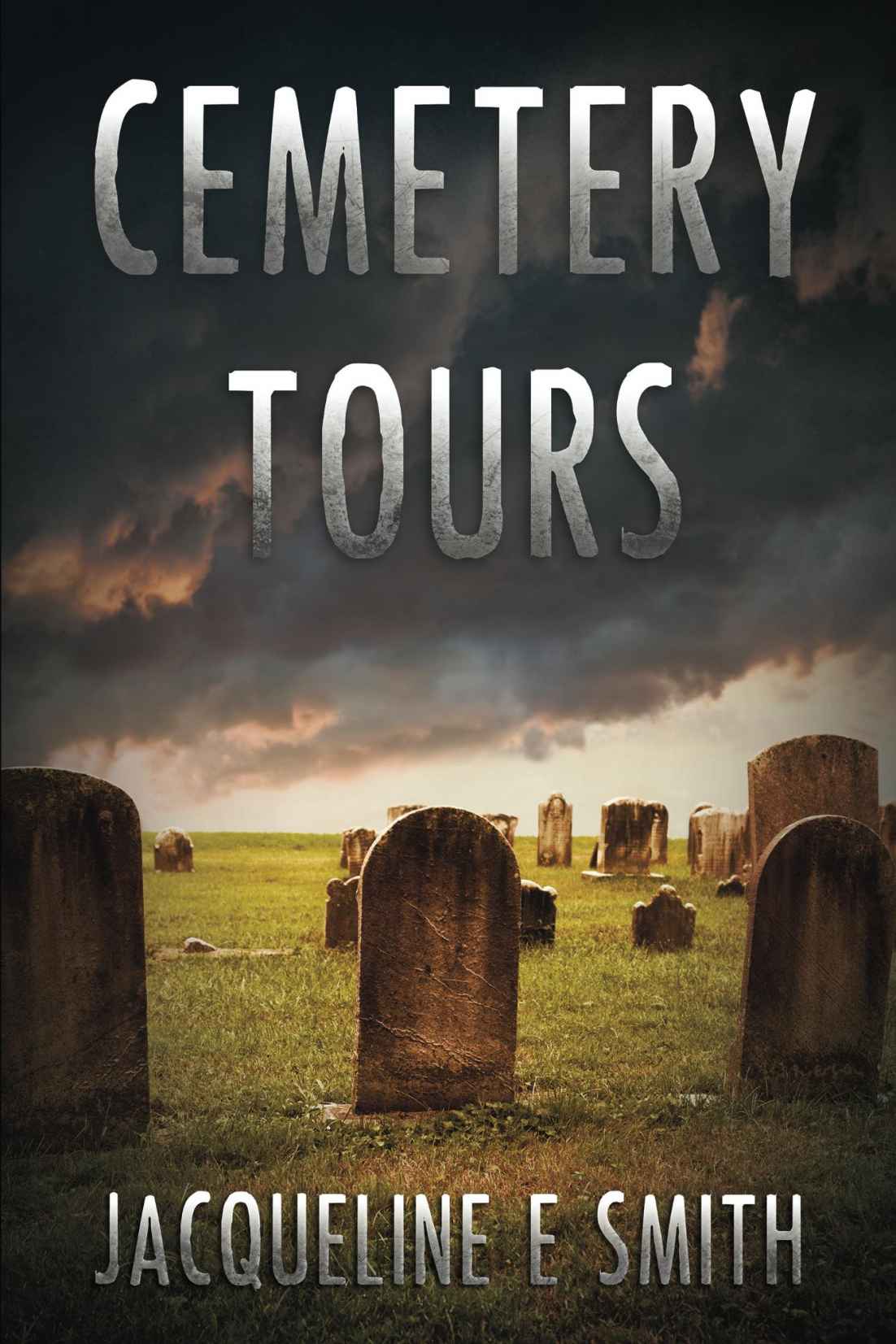 All rights reserved.  No part of this publication may be reproduced, distributed, or transmitted in any form, by any means, or stored in a database without prior written consent of the publisher.

This is a work of fiction.  Names, characters, places, and incidents are either products of the author’s imagination or used fictitiously.  Any resemblance to actual events, locales, or persons, living or deceased, is entirely coincidental.

For my mom, my dad, and my sister, who have always believed in me, no matter what.

It was a lazy
Saturday
morning, and as usual, Michael Sinclair was trying to decide how to spend it.  Throughout the long work week, he would compose a mental list of things he would rather be doing; reading one of the several books he’d accumulated over the years, taking advantage of his apartment complex’s great swimming pool, or even making another pathetic attempt at learning to ride a bicycle.  But by the time the weekend actually rolled around, he was so worn out, all he wanted to do was sleep in and spend the rest of the day lounging around in his pajamas, eating cereal, and catching up on
Doctor Who
.

Today was no exception.

He was rummaging through his near-empty pantry, kicking himself for forgetting to go to the grocery store yet again, when a movement out of the corner of his eye distracted him.

“New neighbor alert,” Brink, Michael’s friend and occasional roommate, announced and heaved himself onto the couch, propping his long legs up on the coffee table.

“Next door?” Michael asked.
Mrs. Riggs, his mean old property manager, had been trying to rent out the apartment next to his for ages.  It was no secret around the Riverview Apartment complex that Building 17 was some kind of cursed.  All tenants of the two-story building, at one time or another, had complained of strange noises, power failures, unexplained cold spells, and an overall feeling of unease and ill-will.  Only Michael Sinclair of apartment #1723 seemed immune.

It was for that very reason that Mrs. Riggs figured he must somehow be the source of her other tenants’ discomfort.
Fortunately, she didn’t have any sort of evidence to support her claims.  Otherwise, she would have had him evicted right from the start.

“Yep.
Young couple.  Bat-Lady probably gave them a discount or something.”  Although the entire building suffered from “technical difficulties,” Mrs. Riggs had a much harder time keeping the second floor inhabited than its lower level counterparts.  Especially the apartment next door to #1723.  “Wonder how long they’ll last?”

Before Michael could offer an estimate, a muffled thud, accompanied by a yell and the sound of shattering ceramic dishware, resonated through the hallway just outside his front door.

Cereal forgotten, Michael hurried to the door and pulled it open to see a young man sprawled across the landing.
Next to him, broken plates and metal dining utensils spilled out of an old, flimsy cardboard box, held together by a substantial amount of duct tape.

“Dam
mit…” he muttered to himself as he scrambled to collect the shards of plates that had scattered across the landing.

“Are
you okay?” Michael asked.

“Here, let me help.
” Michael dropped down next to his new neighbor and began to gather pieces of broken plate and silverware that had gone astray.

“Gavin?” a new voice called.
Michael turned to see a young woman with dark blonde hair sprinting up the stairs.  “What happened?  Are you alright?”  She knelt down in front of Gavin and placed a hand on his shoulder.

“I’m fine, Kate.
Can’t say the same for our dishes.”  Gavin rose up on his knees and dropped a handful of shattered plate into the box.

“Oh well, they were secondhand anyway.”
For the first time, she acknowledged Michael.  “Hi, I’m Kate.  This is my brother, Gavin.”

“You look really familiar to me.
Have we met before?”

“Um, I don’t know,” Michael replied, though he was sure they hadn’t.
Most of the women Michael knew, he met through his job at the local library.  Besides, he would have remembered a girl as pretty as Kate.  “Maybe we passed each other when you came to check out the apartment.”

“Maybe,” Kate said, gathering up the box of broken dishes.

“Kate, let me.”  Gavin took the box from her.  As soon as he stood up, Michael noticed his bloodied, scuffed up knee through his torn jeans.  Kate saw it too and gasped.

“Gavin, you need to get a Band-Aid on that.”

“It’s fine.  Just a scrape.  Besides, all our first-aid stuff is buried in one of the boxes.”

“I have some Neosporin if you need it,” Michael offered.

Gavin answered, “No, it’s alright,” as Kate simultaneously asked, “Do you mind?”

“Not at all.”
Michael disappeared back into his apartment, where he immediately shed his plaid pajama bottoms and white undershirt and replaced them with a pair of jeans and a polo shirt.  Then, he grabbed the yellow tube of Neosporin and a handful of Band-Aids from his bathroom drawer.  Less than a minute later, he headed back across the landing where Kate and Gavin had left their door open.  He knocked once before poking his head in.  Kate and Gavin sat on the floor in the middle of the near empty living room, sorting out the silverware and plates that were still intact.  A few boxes sat on the sidelines.  They were obviously still in the early stages of the moving process.  Kate looked up at him.

“Thank you so much.
” She stood to greet him.  He handed her the Band-Aids and Neosporin.  “Can I get you something to drink?  We have… water.”

“I’m alright, but thanks,” Michael answered.

“I’ll go to the store once we get my truck cleared out,” Gavin announced, taking the medical supplies from his sister.
“I need some more of those little energy drinks.”

“You’ve got to start weaning yourself off that stuff.
It’s not good for you,” Kate said.

“Do you have a sister, Michael?” Gavin asked.

“I’m serious.
” Kate crossed her arms.  “You throw those back like an alcoholic at an open bar.  Gav, that stuff is going to
kill
you.”

“Kate, you’re paranoid.
And exaggerating,” Gavin told her, applying Neosporin to his injured knee.  Although Michael agreed that Kate was being a little extreme, she may have been onto something.  Gavin didn’t look very healthy at all.  Although he couldn’t have been more than a year or two younger than Michael’s twenty-seven, his light hazel eyes were sunken and surrounded by dark shadows.  His messy hair and
five o’clock
shadow were the same dark blonde color as Kate’s, but his complexion was much paler, even a little gray in comparison to her rosy glow.  He looked almost like someone going through some sort of withdrawal.

“No, I’m not!
Your addiction to that stuff is probably the reason you’re so tired all the time.  It’s like being hooked on over-the-counter pain medicine.  Eventually, it’s going to make the problem worse.”

“Says the girl who can’t function without three cups of coffee every morning.
Caffeine addiction is no joke, Kate,” Gavin patronized.

“Fine.
Drink your little energy drug.  But don’t come crying to me when you need a new kidney.”

“Kate, do you work in medicine?” Michael asked.

“I’m
not
a control-freak.  I just think you need to take better care of yourself.”

“I do take care of myself.
But we’ve been moving stuff since
six o’clock
.  If I don’t get some sort of energy boost, I’ll be unconscious by
noon
.”

“Do you have anyone helping you?” Michael asked.

“No. Our father’s out of town and our mother has a bad back.  We had a few friends come over last night and they helped us haul some of the heavier stuff down to the trailer we rented, but they all had plans today,” Kate explained.

“Do you need an extra hand?”

This time, it was Kate who said, “Oh Michael, we couldn’t ask that of you,” while Gavin replied, “We’ll pay you.”

“You don’t have to pay me.
I don’t have anything to do today.  If I wasn’t here, I’d be wasting the day in front of the television.”

“Well, we can at least buy you lunch,” Kate said.
“Is Subway okay?”

Michael wasn’t sure what it was about her, but he had a feeling he would have agreed to anything she offered him.

“Subway’s great,” he told her.

An hour later, they’d just about cleared out Gavin’s truck and all three were starving.  Kate and Michael assured Gavin that they could handle the last few boxes while he got ready to run to Subway and the supermarket.

Michael was making his way back down to the truck when he noticed something.
A stack of laminated flashcards, hooked together on single silver ring, lay in the middle of the sidewalk.  Michael stooped down and picked them up.  The word
RED
was scrawled in red marker across the top card.  Below that card, the word
ORANGE
in orange marker,
YELLOW
in yellow marker, and so on.  Michael was so busy wondering what they were for, he barely noticed Kate approaching him.

“Nothing.
I think a neighbor kid must have dropped them.” Michael showed them to her.

“Actually, those are mine,” Kate admitted, taking the cards from him and stuffing them in her pocket.
She must have seen the curious look in Michael’s eye because she explained, “About a week after New Year’s Eve, I was in a car accident.  I hit my head pretty good and when I woke up, I couldn’t remember the names of any of the colors.  I still recognize them.  I know that the color of a fire truck is the first color in the rainbow.  I just can’t for the life of me remember the names.  The doctors call it Color Anomia.  Ironically, I have no trouble remembering that.”

“I’ve never even heard of that,” Michael told her.

“Brain injuries are funny things,” Kate replied, climbing into the back of Gavin’s pick-up truck and handing Michael another box.
“Anyway, that’s the reason Gav and I moved in together.  Our parents didn’t want me living alone after my ‘head trauma’ and since I really didn’t want to move back in with them, Gav offered to be my roommate.”  Kate grabbed the last box and duffel bag and jumped down next to Michael.

Once they reached the apartment, Kate dropped the box and duffel and collapsed onto the floor, right in front of the giant box fan that Gavin had set up amidst the plastic bags and cardboard boxes heaped all around the living room.