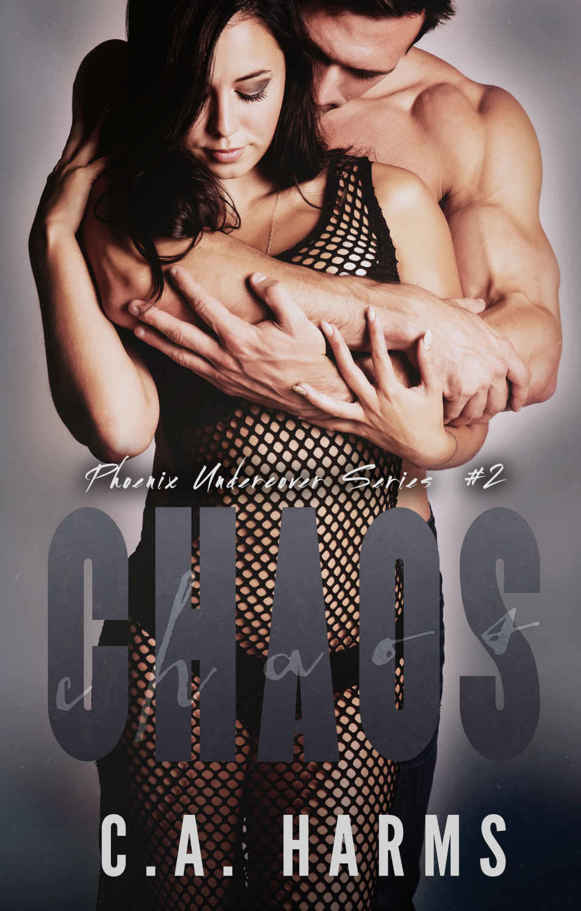 You are without a doubt a true gem. Thank you so much for being such an amazing fan. This one is for you, love. I bring you more of your #SexyFBIAgent, Joshua Phoenix. You will forever be my hashtag queen.

Leaning back against my chair, I closed my eyes. I was in desperate need of just a few moments to collect my thoughts. Josh’s smile filled my mind, and I knew I would spend my whole life missing it. I only hoped our child would be lucky enough to inherit his or her daddy’s smile.

The intercom interrupted my thoughts, and I sat up straight and tapped the Answer button. “Yes, Valerie?”

“Your ten o’clock is here,” she replied, and a surge of nervous energy filled my stomach.

“Great, please send him in,” I said before standing from my desk and walking around the side after taking a few seconds to smooth my skirt. The door opened, and I looked up at Valerie. Just over her shoulder was a tall man with dark hair.

I stepped forward and held out my hand in greeting. “Hello, my name is Gabriella Shannon.”

He smirked, and it sent chills along my neck and shoulders. He had the most piercing green eyes I had ever seen.

He entered the room and took my hand, then lifted it toward his lips. As he kissed it softly, his eyes remained locked on mine. “Very pleased to meet you, Gabriella.” His voice was rich and so smooth. “My name is Roman, but you can call me R.J. It is what my friends call me, and I have a feeling you and I will be great friends.”

“Well, R.J., it is always nice to make new friends. It should make this process easier.” I offered a forced smile, instantly regretting my choice to return. Maybe I wasn’t ready to be back. Being in the presence of an arrogant man generally gave me the urge to be just as arrogant. Except I’d lost my confidence. I think a part of me died the day Josh’s friends and partners in the FBI, Greyson and a man named Trevor, showed up at my apartment. I could instantly see the sadness in their eyes when they told me Josh had died. I could also see the dread in their eyes when they shared the news. They too had lost a man they loved.

I wanted proof, because I didn’t believe he was gone—it was too hard to imagine. I wanted to see for myself that he was no longer here, breathing and vibrant.

Cremated.
It still pissed me off that those were Josh’s wishes.

I looked up to see R.J. eyeing me curiously, and I felt embarrassed for getting lost once again in my grief.

“Sorry, please forgive me. Today is my first day back after being gone for over two weeks.” I turned away quickly and attempted to gather my wits.

“Yes,” he said in that soothing voice of his. Something about it made me a little uneasy. “Margo did mention you lost someone close to you recently.”

I closed my eyes tightly and took a second to breathe in, then nodded as I turned and allowed my eyes to meet his. “Yes, I did. Someone that meant more than words could ever describe.”

“I’m deeply sorry for your loss. Times like these are never easy. If you need more time, I understand. We could meet again in a week or longer if needed,” he offered with a smile.

“No,” I said more abruptly than I had intended. “I’m sorry, it’s just that I need this. I need the push to get back to life. It’s not going to be any easier if I do this today, or if I wait until next week. I’ll still miss him then.” I paused, attempting to calm my emotions. “I know I’ll always miss him.” I rested my hand over my lower stomach as my lip quivered. I was sure the desk hid my movements, but when his gaze shifted downward and his eyes widened slightly, I realized he had seen my gesture.

With a light nod, he offered me a smile as he got more comfortable in his chair. “Okay, then, let’s find my new home.”

I was thankful he didn’t ask questions or attempt to keep me talking about the loss I was still hurting from. I needed a distraction, and apparently he noticed that too.

I was climbing the fucking walls. It had only been seventeen days from the time they found me in the warehouse strapped to a fucking chair, and I still had no idea how long this shit was going to last. They had me held up in some small, rundown apartment on the east side of New York City. I couldn’t leave or, fuck, even stand at the window for fear of being seen. Every week Frank supplied me with food and what they called entertainment, but I was going out of my mind.

I wanted to see my family, and I wanted to hear Gabby’s voice. But I knew attempting to do either would be entirely too dangerous, for them and myself. The phone on the coffee table was taunting me. It was as if it was begging me to pick it up. My cell was being held by Frank at the Bureau, but the emergency replacement he had given me held only a few numbers that were all for people I had no desire to talk to.

A light knock on the door filled the silence. My eyes immediately shifted around nervously before I quietly stood from the couch and made my way toward the door.

“It’s me,” Greyson said from the other side. Every morning the asshole was beating on my door, using my companionship to get through his days. Mike chose to sleep his time away, so we rarely saw him. They too had been planted in tiny-ass apartments and were being forced to live in solitude. The days ticked away slowly as our lives went on without us.

Greyson and Mike had told their families they were going on a mission and would be out of reach. They didn’t have to fake their own fucking deaths and crush their loved ones like I had. Not knowing how my father and sister were—or, hell, how my little nephew Jonah was—killed me. And shit, the thought of Gabriella crying at my funeral just broke me.

The rest of the guys were working overtime to find Leo and to narrow in on Roman. But it was hard to find Roman when none of us truly knew the face that went with the name. This entire thing fucking sucked. And I didn’t see an end to it anytime soon.

I flipped the lock on the door and turned back to the couch. As I flopped down on the worn-out cushion, Grey took a seat on the other end. When he didn’t say anything, I turned to find him staring at me with his eyebrow arched.

“What the fuck are you looking at?” I asked grumpily.

“You look like Grizzly Adams, or a homeless man,” he said with a chuckle, and I flipped him off. “Seriously, man, when was the last time you shaved?”

“What’s the point?” I asked with little enthusiasm as I stared ahead at the blank television in front of me. Hell, I rarely took the time to even turn the thing on anymore.

“Josh, I know this is hard…” He started to do his “you got to keep your head up” speech. I had reached the point of no longer wanting to fucking hear his shit, or anyone else’s, for that matter.

“Save it, because whatever the fuck you got to say doesn’t change a thing. Everyone in my life thinks I’m dead, Grey. I’m the one that can’t pick up the phone and call my father. I can’t call the woman I’m in love with and tell her I’m here. Tell her I’ll be coming back to her, but I just need time.” I stood from the couch, fisting my hair in aggravation. “You have that luxury, man. I don’t. My life is moving on without me, and I can’t fucking stop it. Do you have any idea how hard that shit is?”

I didn’t wait for his answer before I stalked off toward the bedroom and slammed the door behind me. I was barely hanging on.

I tried to tune out everything and remember the last time I saw each member of my family. I tried to remember the sound of Jonah’s laughter and my sister lecturing me about getting a life outside of my job. She was almost as bad as my dad.

Thinking of my father always made me feel nauseous. He had spent years telling me that my job was consuming my life. That I had to realize it was the people I had in my life that meant something, not the possessions in my home. And each time I brushed off his words as if they meant nothing. But he was just trying to be a good parent.

How I wished now that I would have truly listened to everything he had to say.

Just like they always did, my thoughts drifted then to Gabby and those sweet, crystal-blue eyes that haunted my dreams. Her smile and the sound of her voice sent chills through me every time. I missed her so damn much it fucking hurt; so deep I felt it in my bones. I was going nuts being trapped here in this hellhole when all I wanted to do was hold her. I wanted to tell her I loved her and needed her more than anything else in the world.

Fire Engine Dead by Sheila Connolly
Deux by Em Petrova
Fly by Night (A Gracie Andersen Mystery Book 3) by Laurinda Wallace
Furious by T. R. Ragan
Sins Against the Sea by Nina Mason
A History of the African-American People (Proposed) by Strom Thurmond by Percival Everett, James Kincaid
The Fires of Autumn by Irene Nemirovsky
Star Wars: The Last of the Jedi, Volume 5 by Jude Watson
Turn the Beat Around: The Secret History of Disco by Peter Shapiro
The Tango by Angelica Chase
Our partner