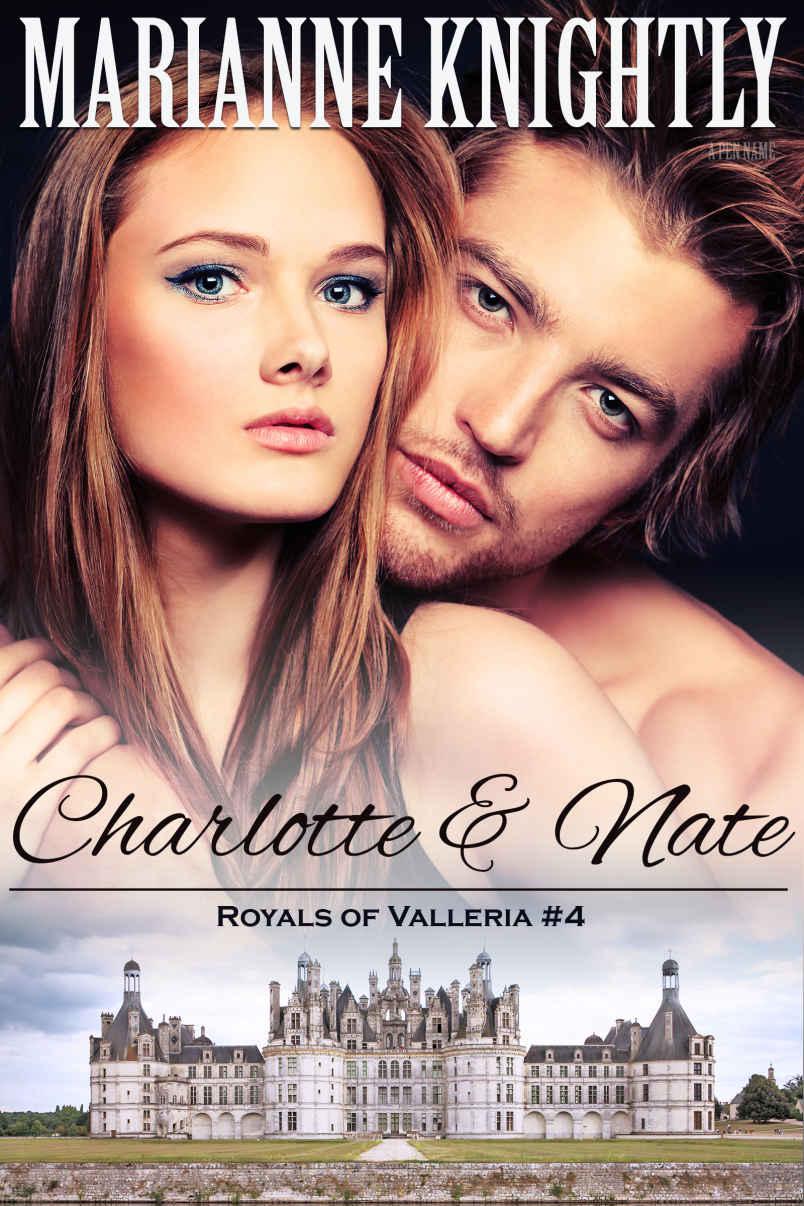 Thank you for downloading this ebook. This ebook remains the copyrighted property of the author and may not be reproduced, scanned, or distributed for any commercial or non-commercial use without permission from the author. Quotes used in reviews are the exception. No alteration of content is allowed. This ebook is licensed for your personal enjoyment only. This ebook may not be re-sold or given away to other people. If you’re reading this book and did not purchase it, or it was not purchased for your use only, then please return it and purchase your own copy. If you would like to share this book with another person, please purchase an additional copy for each recipient.

This book is a work of fiction and any resemblance to persons, living or dead, or events is purely coincidental. The places mentioned are used fictitiously.

Other Books by Marianne Knightly

Sign-up for Marianne's newsletter
for exclusive news about sales and releases!

Book 4
: A Bahamian Hike to Forget

To those who share my passion for food, cooking, baking, and a kick ass cauliflower mac and cheese casserole.

Other Books by Marianne Knightly

A Royal Holiday (Royals of Valleria #5)

Charlotte Wyler, one of the head bakers at the Vallerian Royal Palace, has worked long and hard to achieve her success. After a tough upbringing in America, she came to Valleria for a fresh start and she'll do what it takes to prove herself, including thwarting the advances of the sexy playboy prince she works for, Prince Nate. Charlie's used to the heat of the kitchen, but not of Nate's lips against hers. Even though his easygoing attitude and irresistible smile both unnerve and arouse her, she wants to build a life and a family, not be another notch in his – or anyone's – bedpost.

Prince Nathaniel, Valleria's newest Minister of Finance and Treasury, likes it when numbers add up. What doesn't add up is his attraction to Charlotte, a woman whose kisses are as sweet and addictive as her desserts and whose tough exterior hides a painful past. It's true he's been dubbed the 'Playboy Prince', but Nate may be ready to settle down – if only he can convince Charlie to take a chance on him.

Just when Nate and Charlie begin connecting on a deeper level, scandal ensues. Discrepancies in the royal coffers means Valleria is deeply in debt, placing both Charlie's and Nate’s jobs in jeopardy. As Nate prepares to deliver a controversial austerity budget to the Royal Council, both he and Charlie also begin to unravel deception near the highest levels of government.

When Charlie becomes a pawn in a dangerous game, will Nate be able to save both her and Valleria from destruction?

Charlotte Wyler patted the ball of dough in front of her once more before gently lifting it and placing it in a glass bowl nearby. Her long fingers picked up a warm, clean dish towel and set it over the dough. Picking up the glass bowl with care – as her hands were still coated with errant flour and bits of sticky dough – she weaved her way through the busy kitchen.

Sous chefs chopped and sliced while head chefs shouted orders, waitstaff bustled in and out as they carried late afternoon orders on carts and trays. Dishes clanged together as they were cleaned, blenders buzzed, food processors whirled, oven doors banged, and the heat and flame from the stoves could be felt and heard.

To Charlotte, the mess and racket of the kitchen was her favorite symphony. She always felt calmer and stronger in the kitchen.

“Charlie, did you finish that cake yet?” Coco, the majordomo of the kitchen, called out to her. Charlotte preferred her nickname ‘Charlie’; in the kitchen, both men and women seemed to take her more seriously if they called her by a more masculine name.

Charlie could feel Coco’s glare on her retreating back; the woman ruled over everything in the kitchen. She was like the Italian grandmother you always wanted, at least until you tried to cook with her. As fierce as she was about the kitchen, she was just as fiercely loyal and would not hesitate to help you. She was the closest thing Charlie had to family.

Coco’s strict, unapologetic tone easily carried over the din of the kitchen. “You’ve got two hours to finish it before it heads upstairs.”

Charlie could feel the tension in the room thicken like a sauce, and the sounds around the room muted somehow. No one disappointed Coco, and Charlie would not be the first. “I’ll have it for you on time. Don’t worry.”

“You’d better,” Coco said, then turned her attention to someone else. The whole room let out a silent sigh of relief, and the cacophony broke out again.

Charlie took a deep breath and wove her way through the main kitchen to a smaller side kitchen. Her kitchen. Technically, she supposed it wasn’t hers; it was located in the Vallerian Royal Palace, after all. But, as one of the head bakers for the palace, she often worked there and usually alone – just how she liked it.

Charlie set the bowl on a counter, leaving the dough to rise. She was making brioche for tomorrow’s breakfast, and it was a tedious process of alternate kneading and rising over twelve hours. She didn’t mind the tedium, however, and brioche for breakfast was a favorite of one of the royals.

Prince Nathaniel, to be exact.

The Prince seemed to know when Charlie had baked something. Just how he knew, she wasn’t sure. He had come down to the kitchens more than once to thank her, and other chefs, too, she reminded herself.

She wasn’t anyone special. She wasn’t royal. She wasn’t even Vallerian. No, his only interest in her was superficial; he didn’t really care about her, she reminded herself. In fact, other royals often came down to the kitchens, so she should ignore any little voice in her head telling her that she was special.

Charlie sighed as she tucked a loose strand of her straight, mouse brown hair back into her ponytail, unknowingly transferring some flour to the glossy strands. She headed for the sink to wash her hands, then dried them on her way to the ovens. It was better to put thoughts of the Prince aside and focus on work.

Charlie peeked through the oven window, gauging the readiness of three slim same-sized cakes that had risen steadily over the last half hour. She had purposefully worked in the main kitchen so that the cakes could rise easily without any jarring movements from her causing a collapse. As Coco mentioned, she had only two hours left to finish them.

After opening the oven and testing the cakes, she nodded and pulled them out to cool. This would be a one tier cake made of three thin layers, to be served as dessert to the royal family tonight. The layers themselves were a cream cheese pound cake with a raspberry buttercream filling she had already made and set aside. The cake itself was a throwback to her own roots growing up in the American south. The cake was one of the only good memories she had of her childhood.

Though Charlie had already prepared the fondant, several of the smaller decorations still needed her undivided focus and attention. While the cakes cooled, she set to work.

Prince Nathaniel strode down the corridors of the palace, his long, lean body carrying him quickly and efficiently towards his destination. Royal Protection Service agents trailed him as he walked, echoing his own footsteps against the smooth floor.

Nate reached up and tugged at a small strip of brown leather which had bound his chin-length hair – naturally streaked with light brown and blond – through the meeting he’d just finished. He ran a deliberate hand through his hair, shaking it out, while his other hand tucked the soft leather into his pocket.

When his phone rang, he pulled it out, then cursed at the name flashing on screen.
Katya
. The woman just did not understand that he wasn’t interested in her or her games anymore. He declined the call and shoved the phone back into his pocket. His mood – which was already dismal – darkened to a deep, rich black.

He had just finished a brutal meeting with the Royal Council.  As Valleria’s Minister of Finance and Treasury, it was up to him to deal with the mess left behind by his predecessor, and what a mess it was.

The former Minister – who had passed away quite unexpectedly six months ago at only fifty-five years old – had been a good man, by all accounts. What was becoming clearer, however, was that he had been terrible at managing Valleria’s finances.

And Nate had to get them out of it.

He sighed as his feet took him deeper into the castle. He’d kept thinking that a discrepancy here or there was nothing to be concerned about; a nation’s finances, after all, could hardly be straightforward.

Too many discrepancies, however, added up to one thing: a thief, or worse. Someone was stealing from the royal coffers, and now it was up to him to find out who it was. He would need to tell his family; he couldn’t put it off any longer.

First, however, he was going to fortify himself, and do something to take the edge from his mood. A quick trip to the kitchen for his pastry of choice – one of the only vices he still kept for himself – and then he would do what needed to be done.

Quarter Past Two on a Wednesday Afternoon by Linda Newbery
Embrace the Magic (The Blood Rose Series Book 2) by Caris Roane
Lionboy by Zizou Corder
Assault and Batter by Jessica Beck
Doctor Who and the Auton Invasion by Terrance Dicks
PLAY by Piper Lawson
Beads, Boys and Bangles by Sophia Bennett
Big Guy by Robin Stevenson
Except the Dying by Maureen Jennings
Sexcapades by d'Abo, Christine
Our partner