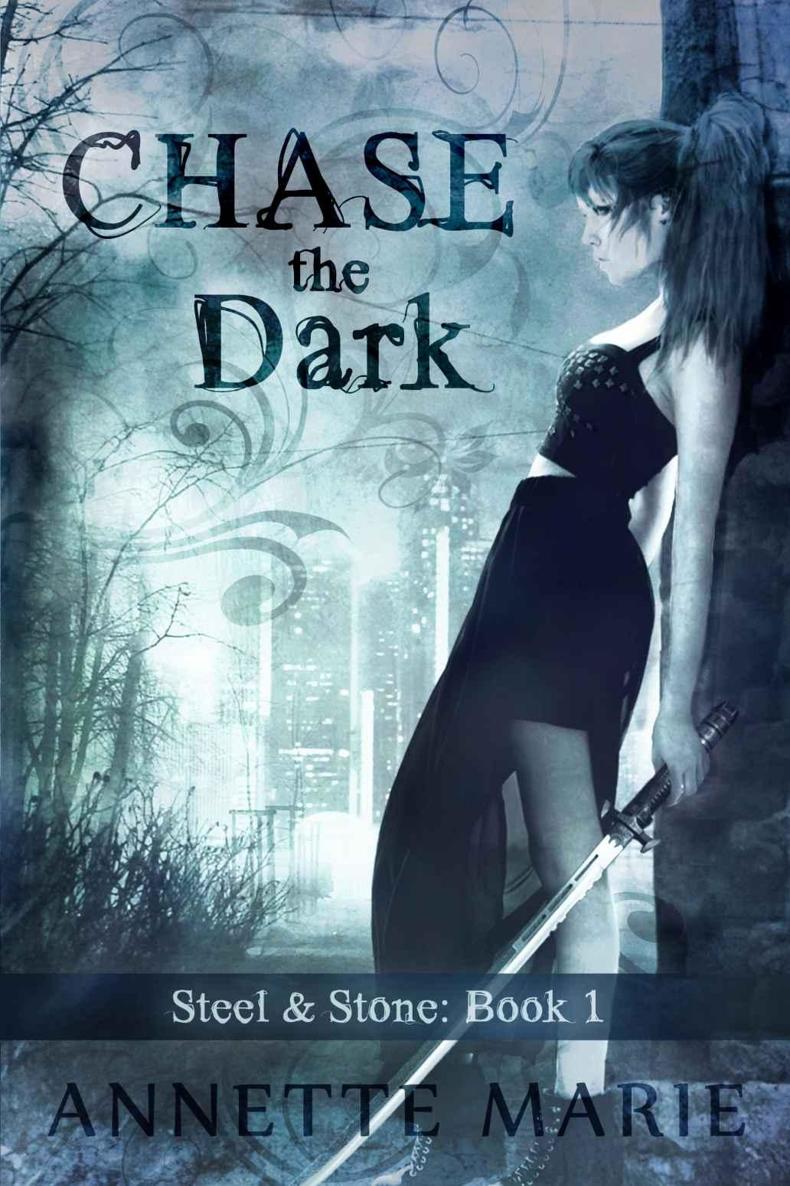 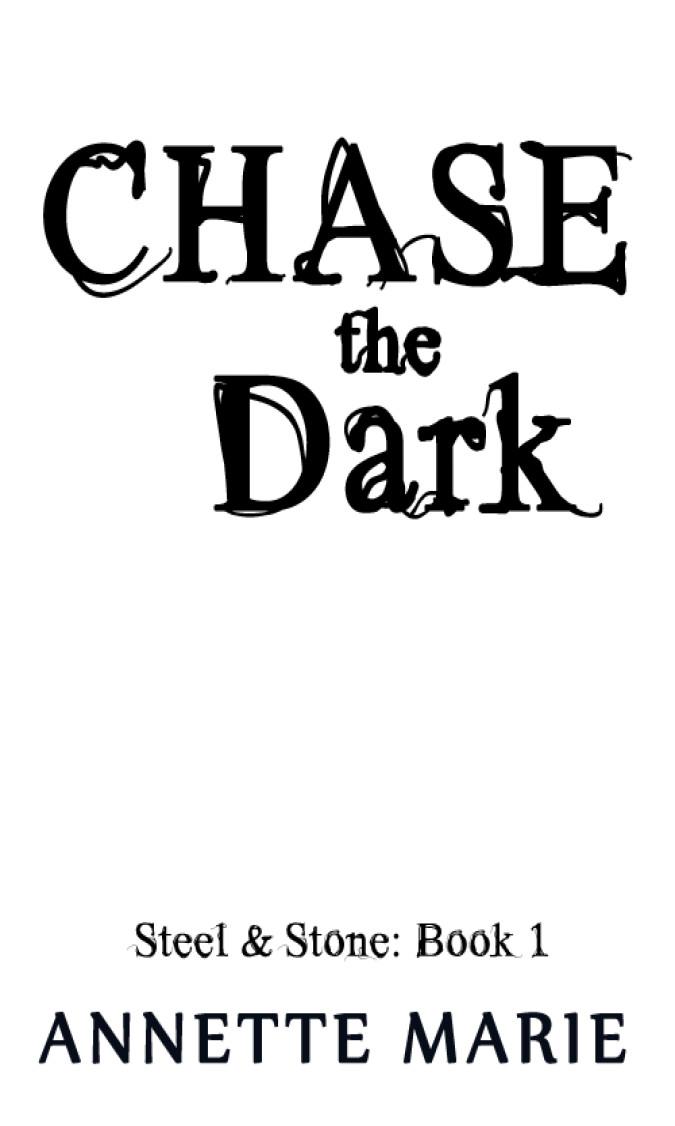 Piper Griffiths wants one thing in life: To become a Consul, a keeper of the peace between humans and daemons. There are precisely three obstacles in her way.

The first is Lyre. Incubus. Hotter than hell and with a wicked streak to match. His greatest mission in life is to get Piper into bed and otherwise annoy the crap out of her. The second is Ash. Draconian. Powerful. Dangerous. He knows too much and reveals nothing. Also, disturbingly attractive—and scary. Did she mention scary?

The third is the Sahar Stone. Top secret magical weapon of mass destruction. Previously hidden in her Consulate until thieves broke in, went on a murder spree, and disappeared with the weapon.

And they left Piper to take the fall for their crimes.

Now she’s on the run, her dreams of becoming a Consul shattered and every daemon in the city gunning to kill her. She’s dead on her own, but there’s no one she can trust—no one except two entirely untrustworthy daemons . . . See problems one and two.

Don’t miss the next book!

Book One of the Steel & Stone Series

All Rights Reserved. No part of this publication may be reproduced, distributed, or transmitted in any form or by any means, including photocopying, recording, or other electronic or mechanical methods, without the prior written permission of the publisher, except in the case of brief quotations for review purposes.

This is a work of fiction. Any resemblance to actual persons, places, or events is purely coincidental.

A
TTEMPTED
murder was not how Piper liked to start her afternoon.

As an Apprentice Consul, she had a lot of responsibilities. Unfortunately, one of them was breaking up fights between over-sized, over-muscled idiots. Murderous idiots.

The shouts were the first thing she heard when she walked in the front door after school. Wonderful. She was only ten minutes late. How could the shit hit the fan in only ten minutes? Speed walking and projecting unfazed confidence at the same time—she hoped—she homed in on the sound. Other guests of the Consulate bee-lined in the opposite direction, varying degrees of irritation on their faces as they cleared the scene. If only she could have left the two asses to duke it out on their own but she would get in trouble if someone died—even if it were the victim’s own stupid fault.

At the bottom of the stairs, she assessed the scene. The two combatants stood in the center of the media room. The bone-rumbling voice of the one had warned her to expect a big guy, but the six and a half feet of tattooed muscle, shaved head, and mean little eyes that filled half the room outdid her imagination.

His opponent, however, was a total surprise: if he was taller than Piper’s five foot five, she’d eat her boots. And that would suck, because she loved her boots. They had steel toes and steel-plated shins, all the better to kick ass with.

“Where,” the little guy demanded, voice scooping into higher notes of distress, “
is he
?”

Piper launched into a sprint across the room. Shrimpy didn’t exactly look like the fighting type, with clean-cut good looks and a modest sweater vest over his polo shirt. Who wore sweater vests? He was going to get shmooshed.

Ether’s eyes snapped toward her. Irises black as pitch glared at her. She met his glower and her heart jumped in her chest. She threw on the brakes. Skidding gracelessly, she altered her trajectory to crash into Gigantor’s side. Better she piss off Gigantor than Ether. Gigantor had no idea what he was messing with.

She bounced off a wall of muscle, barely eliciting a grunt from Gigantor, and caught her balance. Tugging her shirt back down for a semblance of dignity, she stepped sideways to put a slightly less suicidal distance between her and Ether.

“Gentlemen,” she said, going for firm yet calm and hoping her galloping heartbeat didn’t give her away. “Let’s be civil now. What’s the problem here?”

Ether’s expression didn’t shift from stony anger but Gigantor’s lip curled in a sneer as he looked her up and down. So maybe her tight, dark-wash jeans with the knees torn out and her black halter top with a lace-up front weren’t professional enough for an Apprentice Consul. Or maybe her shoulder-length hair, streaked black and red, wasn’t sleek and blonde enough for him. Too bad for him Consuls didn’t have a dress code. She could boot his ass to the curb no matter what she was wearing—theoretically, anyway.

She turned to Ether. “Can you tell me what the problem is? Let’s get this sorted out, okay?”

He flexed his clenched hands. “I can’t find Shishu.
He
knows where Shishu is.”

She held back a relieved sigh. If they talked to her, maybe she could sort this out without anyone dying. She glanced at Gigantor. “Who is Shishu?”

Her mouth fell open. She closed it. “I beg your pardon?”

Piper turned to Ether, barely managing to keep her expression neutral. “You have . . . a pet frog?”

Ether gave a jerky nod, his ebony glare locked on Gigantor. Piper quietly cleared her throat. If Ether was what she thought he was, he could tear Gigantor to shreds with the equivalent effort of peeling an orange. He was pure badassery hidden behind a sweater vest and he was losing his shit over a
pet frog
? She cleared her throat again and turned back to the idiot troublemaker of the two.

“And do you know where Shishu the frog is?”

She waited a moment. “Where?”

Another grin. He patted his stomach.

Piper blinked. She glanced at Ether, who stared back at her with an equally blank expression. They both looked at Gigantor.

“The frog was annoying.
Ribbit ribbit
. Wouldn’t stop. So I had a snack before dinner.”

“I didn’t break any rules. No bloodshed.” He grinned. “I swallowed it whole. Wriggled all the way down.”

Ether sprang for Gigantor. Piper whipped a leg up, slamming her shin into his belly. He grunted as he went over backward. His back hit the floor—and he was lunging up again. An animal snarl tore from his throat as he dropped into a predatory crouch, his stare fixed on her.

Ether jumped her. She grabbed his wrists as his weight drove her down. Somewhere above her, Gigantor roared with laughter. She tucked into a ball, got her feet under Ether as they hit the floor, and catapulted him over her head. She rolled to her feet but somehow he was already up. His fist closed around a handful of her hair and the next thing she knew, she was flying through the air. She hit the coffee table and the legs snapped, dumping her onto the floor.

She rolled over as Ether turned back to Gigantor, murder written in every line of his body. Gigantor’s laughter abruptly cut off and his muscles bulged as he prepared to defend himself.

Both combatants went rigid. She paused halfway to her feet, wary at their reaction. Bloodthirsty berserkers didn’t normally freeze at her command. Ether and Gigantor straightened from their aggressive poses and focused on the other end of the room. Piper followed their gazes and felt her blood chill.

A newcomer stood in the doorway, cloaked in shadows. Menace clung to him, speaking more clearly than the dark clothing and leather accents to his outfit. She couldn’t make out his face but she felt the touch of his gaze as he took in the scene.

“What are you doing, Ether?”

Piper shivered as his voice slid through her like hot silk, rubbing against her bones.

Ether cleared his throat. His eyes were no longer black, but pale blue and wide. “Ash,” he mumbled in greeting. “Ozar
ate
Shishu and I—”

“And it’s your own damn fault. Don’t break the rules because you didn’t protect your own. No bloodshed.”

Ozar blinked vacantly. “What? No, I—”

Ash stood in the doorway for another moment. Piper kept her gaze on the floor as his stare swept over her again. If she looked up, he would see her fury and that would be bad. Damn him. This was
her
job. Not his. He’d prevented murder with nothing more than his
presence
when she hadn’t been useful in the slightest.

It wasn’t until Ozar heaved a giant sigh that Piper dared look. Ash was gone. Ozar and Ether exchanged a dagger-filled look and stalked away in opposite directions. Alone in the room, Piper stepped over the flattened coffee table and surveyed the damage. As an Apprentice Consul, it was her job to enforce the rules of the Consulate. One of those rules was no bloodshed. No fighting. No killing other guests. She was supposed to prevent fights and mediate disputes before they got out of hand.