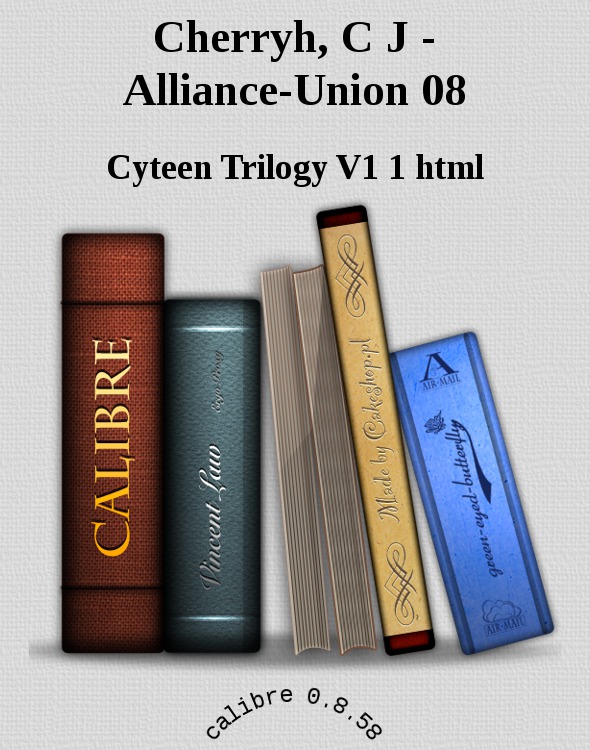 Imagine all the variety of the human species confined to a single world, a world sown with the petrified bones of human ancestors, a planet dotted with the ruins of ten thousand years of forgotten human civilizations—a planet on which at the time human beings first flew in space, humans still hunted a surplus of animals, gathered wild plants, farmed with ancient methods, spun natural yarns by hand and cooked over wood fires.

Earth owed allegiance to a multitude of chairmen, councillors, kings, ministers and presidents; to parliaments and congresses and committees, to republics, democracies, oligarchies, theocracies, monarchies, hegemonies and political parties which had evolved in profusion for thousands of years.

This was the world which first sent out the starprobes.

Sol Station existed, a much more primitive Sol Station, but altogether self-sustaining; and favored with a system of tax remission in return for scientific benefit, it launched a number of ambitious projects, including the first large-engine starprobe, and ultimately the first crewed pusher-ship cluster toward the near stars.

The first of the pusher-modules was of course the venerable
Gaia,
which was to deliver the Alpha station-component at the star known at that time as Barnard's, and leave thirty volunteer scientists and technicians in what in those days meant inconceivable isolation. They would build their station out of the star's expected system-clutter of rock and ice, perform scientific research and maintain long-distance communication with Earth.

The first concept had been disposable pushers, hardly more than robotic starprobes; but human passengers mandated an abort-and-return capacity which, considering all the possibilities for disaster, was negotiated finally to mean a full-return capacity. That led to the notion of a crewed pusher-module to stay at Barnard's should the star prove impossibly deficient in raw materials necessary for self-sufficiency of the Alpha module, in which event
Gaia
might remain for a number of years, then strip the station to the essential core and return the mission to Earth. If the star proved a viable home for the station,
Gaia
would remain only a year or so until the Alpha Station module was fully functioning and stable in its orbit. Then it would return to Sol with its tiny complement of crew and surrender the
Gaia
module to a second mission, which would, after refitting, go out again with such supplies as trace minerals and materials which the infant station might not have available. Equally important with the supplies, those early pioneers theorized, was the human link, the reassurance of face-to-face contact with other human beings across what in those days was an inconceivably lonely expanse of space.

Earth, with years' advance warning via the constant dataflow from
Gaia
and Alpha Station that the mission was abundantly successful and that
Gaia was
returning, trained a replacement crew and dutifully prepared the return mission.

But the crew
of Gaia,
subject to relativistic effects, running into an information stream indicating greater and greater changes in the Earth they had left, had become more at home in the ship than in the mainstream of a Terran culture gone very alien to them. Their sojourn on Sol Station was intensely unhappy, and they reoccupied
Gaia
by a surprise move which immensely disconcerted station authorities, but which finally won them their ship and relegated the replacement crew to waiting on the next pusher-craft.

Other crews of further missions reached the same decision, regarding themselves as permanent voyagers. They considered their small ships as home, had children aboard, and as star stations and attendant pushers multiplied, asked of Earth and the stations only fuel, provisions, and the improvement of their ships with larger compartments, more advanced propulsion—whatever had become available since their last docking.

Starstations at half a dozen stars linked themselves by the regular passage of such ships. But in the isolation of those days in which messages traveled at mere light-speed and ships traveled slower still, every station was at least four or five years time-lagged from every other human habitation, be it ship or station, and learned to exist in these strangely fluxing time-referents which were impossibly alien to the general population of Earth.

The discovery of intelligent life on the planet at Pell's Star, the star Earth once called Tau Ceti, was more than ten years old by the time the word of it reached Earth. The dealing of human beings with the Downers was more than two decades advanced by the time Earth's elaborate instructions could arrive at Pell; and it was much longer before Terran scientists could reach Pell, up the long route that led them station by station into a human culture almost as foreign to them as were the Downers.

As it is difficult from our viewpoint to imagine Earth of that time, it was virtually impossible for Earth to comprehend the reasoning of spacers who refused to leave their ships and who, in their turn, found the (to them) teeming corridors of Sol Station chaotic and terrifying. It was virtually impossible even for Sol Station to understand the life of their contemporaries in the deep Beyond—contemporaries whose culture was built on history and experiences and legendry that had much more to do with the hardships of life in remote stations and famous ships, than with events in a green and chaotic world they saw only in pictures.

Earth, beset with overpopulation and political crises largely attributable to its ancient rivalries, had nevertheless flourished while it was the focus of human development. The unexpected rush of stationers to new construction at Pell, following the prospect of abundant biostuffs, a native population primitive and friendly, and exploitable free-orbiting resources, became a panic flood. Stations between Earth and Pell shut down, disrupting the trade of the Great Circle, and creating economic chaos on Earth and Sol Station.

Earth reacted by attempting to regulate—across a ten-year time lag: Terran politicians could not readily conceive of the economic strength the remaining stations might achieve, given the unification of population that rush to Pell had created. The concentration of population and the discovery of vast resources combined with the psychological impetus to exploration . . . meant that Earth's now twenty-year-old instructions arrived in a situation in such rapid flux even a month's lag would have been significant.

Earth found itself increasingly isolate, subject to internal pressures from a faltering trade system, and in a desperate and ill-advised action imposed a punitive tariff which led to smuggling and an active black market; which in turn led to a sudden fall-off of trade. Earth's response was the declaration of most-favored-status for certain ships; which led in turn to armed hostilities between ships from Earth and ships which had not been built by Earth and which did not hold any allegiance to its convolute and wildly varying politics.

Further, Earth, convinced that emigration of scientists and engineers from Sol System was feeding the spacer cultures with the best and brightest and robbing Earth of its best talent, slammed down an emigration ban not only on travel from Earth and Sol Station, but on further moves of citizens in certain professions from station to station.

Gaia
made her last trip to Earth in 2125, and left, vowing never to return.

A general wave of rebellion and mutiny swept through the stars; stations were mothballed and deserted; probes and missions sought further stars not only with economic motive now—but because there were more and more people anxious to move outward, seeking political freedom before restrictions came down.

By 2201 a group of dissident scientists and engineers sponsored by financial interests on Manner founded a station at Cyteen, about a world vastly different from Pell. The brilliant work of one of those scientists combined with the economic power of Cyteen's new industries sent the first faster-than-light probe out from Cyteen in 2234, an event which altered the time-scale of spaceflight and forever changed the nature of trade and politics.

Cyteen's early years were characterized not only by a burst of growth and invention unparalleled in human history, but, ironically, by the resurrection of long disused technologies out of ship archives: combustion engines, gravity-dependent processing, all to save soft-landing the enormous mass-requirements of a full-scale terrestrial development. In addition, there were new on-planet technologies specific to Cyteen, to create pockets of breathable atmosphere in the otherwise deadly environment—all this effort because Cyteen represented a major biological opportunity for the human species. It had no intelligent indigenes. It did have a varied and entirely alien ecosystem—virtually two ecosystems, in fact, because of the extreme isolation of its two continents, differing significantly from each other but vastly different from Earth and Pell.

It was a biologist's paradise. And it offered, by its absence of intelligent life, the first new cradle of terrestrial human civilization since Earth itself.

It was not politics alone which led to the Company Wars. It was the sudden acceleration of trade and population mobility, it was the stubborn application of outmoded policies by Terran agencies out of touch with the governed, and finally it was the loyalty of a handful of specially favored Terran merchanter captains attempting to maintain a fading trade empire for a motherworld which had become only peripheral to human space.

It was a doomed effort. Cyteen, no longer alone in the Beyond, but motherworld itself to Esperance, Pan-pans, and Fargone Stations, declared its independence from the Earth Company in 2300, an action which, reported now with the speed of the Faster-Than-Lights, prompted Earth to build and dispatch armed FTLs to bring the dissident stations back into line.

Merchanters quickly fled the routes nearer Pell, thus reducing the availability of supplies, while Earth itself, even with FTL technology, was by no means able to supply the mass requirement of its fleet over such distances. Over a span of years the Earth Company fleet degenerated to acts of piracy and coercion which completely alienated the merchanters, always the Earth Company's mistake.

The formation of the merchanters' Alliance at Pell established the second mercantile power in the Beyond and put an end to Earth's attempt to dictate to its scattered colonies.

Surely one of the more ironical outcomes of the War, the Treaty of Pell and the resulting economic linkages of three human societies, drawing on three vastly different ecosystems, now exist as the driving forces in a new economic structure which transcends all politics and systems.

Trade and common interests have proven, in the end, more powerful in human affairs than all the warships ever launched.

It was from the air that the rawness of the land showed most: vast tracts where humanity had as yet made no difference, deserts unclaimed, stark as moons, scrag and woolwood thickets unexplored except by orbiting radar. Ariane Emory gazed down at it from the window. She kept to the passenger compartment now. Her eyesight, she had had to admit it, was no longer sharp enough, her reflexes no longer fast enough for the jet. She could go up front, bump the pilot out of the chair and take the controls: it was her plane, her pilot, and a wide sky. Sometimes she did. But it was not the same.