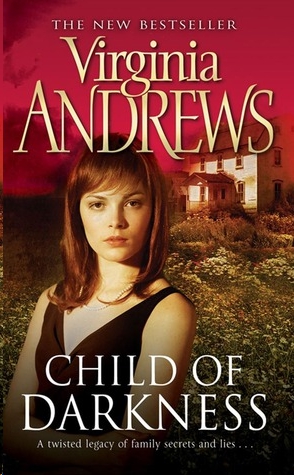 Celeste Atwell lived with her mother, Sarah Atwell, and an infant who is thought to be Celeste's mother's child, fathered by her second husband, Dave Fletcher, deceased. They lived on a farm on Allen Road just a mile or so southeast of the hamlet of Sandburg, New York. The infant is also named Celeste, but was distinguished in the home from the first Celeste by the family referring to her as Baby Celeste.

However, identical names for two siblings never became an issue because for some time immediately after the apparently accidental death of her twin brother, Noble, Celeste Atwell was brought up as her twin brother. She was made to assume a male persona and to deny all of her feminine characteristics. At the time of Noble's death, Sarah Atwell convinced the law enforcement authorities that her daughter, Celeste, was a kidnapped and missing child. The reasons for all this subterfuge remain obscure. There is an ongoing investigation as to the actual cause of Noble Atwell's death, Baby Celeste's lineage, and the events recently transpired that resulted in Betsy Fletcher's death.

Dave Fletcher's daughter, Betsy, moved into the residence recently with a male child born out of wedlock, one Panther Fletcher. Some altercation between Betsy Fletcher and Celeste Atwell resulting in the death of Betsy Fletcher occurred either right before or soon after the death of Sarah Atwell. The best information we have at this time is the death was caused by a fall on the stairway during a struggle that resulted in Betsy Fletcher breaking her neck. Celeste Atwell then buried Betsy's body in the family's herbal garden.

Coroner's inquest concludes Sarah Atwell died of heart failure. It has also been concluded that her remains remained in her bed for at least two to three days.

The county sheriff's department brought the patient to the psychiatric ward following the order of the Honorable Judge Levine, assigning her to my care, and to perform an analysis to determine whether or not she can be held accountable for her actions and whether or not she can be of any assistance toward the solution of these additional questions.

After a night during which she was sedated, she was brought to my office for her initial visit.
.
First Psychiatric Evaluation Session
The patient was remarkably comfortable and at ease despite the traumatic events that had brought her to the psychiatric ward to be placed under my care. She appeared to understand where she had been taken, and offered no resistance nor voiced any complaints. Her complacency led me to feel she had a fatalistic approach to her own affairs and destiny. After establishing the necessary trust between us for my session, I conducted a dialogue, the highlights of which I have so noted below.
.
Patient Interview
I see from the police report that you said you were trying to keep Betsy Fletcher from carrying a pot of boiling water up the stairs. You said she was threatening to throw it on your mother, who was not well and was in bed?
Celeste Atwell Yes.
Why did she want to do that?
Celeste Atwell: She thought my mother was stealing the money her father left her and wouldn't give it to her
And it was during the course of that struggle between you and Betsy to keep her from hurting your mother that she fell down the stairs and broke her neck?
Celeste Atwell: Yes.
If you killed Betsy Fletcher accidentally, Celeste, why didn't you call the police or call for an ambulance? Why did you bury Betsy Fletcher in the herbal garden?
Celeste Atwell: Baby Celeste told me to do that.
Why would you listen to a six-year-old? (The patient smiled at me as if I was ignorant.)
Celeste Atwell: Baby Celeste is not just a sixyear-old. She has inherited the wisdom of our family. Our family spirits told her what to tell me.
How do you know they told her these things?
Celeste Atwell: I know. I can sense when they are with her and she is with them.

Why didn't they just tell you directly?

Celeste Atwell: Baby Celeste is special, very special.
Aren't you special to them, too? (The patient showed some agitation and did not respond.) Was there another reason, Celeste? Was there some reason that prevented them from speaking to you directly?
Celeste Atwell: Yes.
What was it?
Celeste Atwell: I had disappointed them. They were angry with me.
Who exactly was disappointed in you and angry with you?
Celeste Atwell: All of them. All of the spirits of my family, their souls.
How did you disappoint them?
Celeste Atwell: I. . .
What made them angry at you, Celeste? (Patient became more agitated. I gave her a glass of water and waited.) Can you tell me why you think you disappointed them, now, Celeste? I would really like to know.
Celeste Atwell: I let Noble die again.
How did you do that? Wasn't Noble already dead? How can he die again if he's already dead? (At this point the patient would not respond to any question. She kept her eyes closed and her lips tight. Her body began to tremble. I determined I had gone as far as I could for the first session.)
.
Doctor's Feinberg 's Conclusion
Celeste Atwell suffers severe intense guilt and pain over the death of her twin brother, Noble. We have not established the reason yet, but my best estimate is she will and should remain under psychiatric care and treatment for some time and should be remanded to the psychiatric hospital in Middletown. At the time of her actions and at this time, she was and remains incapable of understanding the consequences of her actions or the difference between an illegal act and a legal act.
-- Doctor Clayton Feinberg
.
From Baby Celeste's Diary
.
A long time ago when I was in pediatric therapy, my doctor asked me to write down
everything I thought, everything I saw, and everything I believed happened and was happening to me. It was something I never stopped doing. It was truly as if I was afraid that all of it was a dream, and the only way to prove it wasn't was to write it down so I could read it later and tell myself, See, it did happen. All of it did happen!

I
wouldn't go until I had brushed my hair. Mama al-ways spent so much time on my hair while Noble sat watching, as if he were jealous and wanted to be the one to brush it. Sometimes I let him, but he would never do it in front of Mama because of how angry it would make her. He would make these long, deliberate strokes, following the brush with his hand because he needed to feel my hair as much as see it. As I looked at myself in the minor, I could almost feel his hand guiding the brush. It was hypnotizing then, and it was hypnotizing to remember it now.

"Mother Higgins said right now," Colleen Dorset whined and stamped her foot to snap me out of my reverie. She was eight years old and my roommate for nearly a year. Her mother had given birth to her in an alley and left her in a cardboard box to die, but a passerby heard her wailing and called the police. She lived for two years with a couple who had given her a name, but they divorced, and neither wanted to keep her.

Her eyes were too wide, and her nose too long. She was doomed to end up like me, I thought with my characteristic clairvoyant confidence, and in a flash I saw her whole life pour out before me, splashing on the floor in a pool of endless loneliness. She wasn't strong enough to survive. She was like a baby bird too weak to develop the ability to fly.

Flower Feud by Catherine R. Daly
Entwined Destinies by Robin Briar
Blaze by Nina Levine
Stranger in a Strange Land by Robert A. Heinlein
The Chameleon Wore Chartreuse by Bruce Hale
Celebrant by Cisco, Michael
Over the Line by Lisa Desrochers
Luke's Absolution (The Colloway Brothers Book 3) by K.L. Kreig
Knock Knock Who's There? by James Hadley Chase
Murder on Parade by Melanie Jackson
Our partner