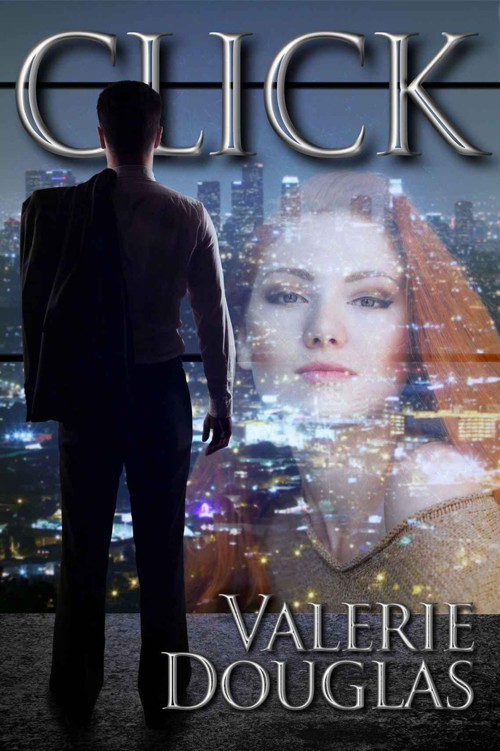 Published by the author as a member of the

Cover art by Renee Barrett of The Cover Counts

With the exception of quotes used in reviews, this book may not be reproduced or used in whole or in part by any means existing without written permission from author.

This ebook is licensed for your personal enjoyment only. This ebook may not be re-sold or given away to other people. If you would like to share this book with another person, please purchase an additional copy for each recipient. If you’re reading this book and did not purchase it, or it was not purchased for your use only, then please return to the site where it was purchased and buy your own copy. Thank you for respecting the hard work of this author.

Discover other titles by Valerie Douglas

A Convocation of Kings

Song of the Fairy Queen

Heart of the Gods

Servant of the Gods

The journey home had been a litany of flight delays and racing through an airport so she didn’t miss connections, complicated by the weather. A gust of wind burst past Emily’s trench coat as she got out of the taxi at the office, sending the sides flapping. Cold rain spattered her dress, hose, and inside the sensible flats she wore when travelling. Emily was just glad she’d pinned up her unruly hair.

With a slight lift of his eyebrows at the size of the tip, the taxi driver returned her smile and gave her a quick salute. She smiled back wearily.

Emily had working a lot of jobs through college before landing an internship. She knew what it was like to rely on tips, so she always gave that little bit more.

“How did your trip go?” Tony asked, as she took over her computer case and held the door for her.

“Pretty good…landed a new client,” she said with satisfaction, and then saw that a limo had pulled up in the place of her taxi.

She knew who the passenger of the limo probably was; Robert Halloran, the venture capitalist who had the penthouse offices. Not only was he model gorgeous – with his brilliant blue eyes and strong features, he was handsome enough with his brilliant blue eyes to grace the covers of a few fashion magazines – but despite his reputation as a tough negotiator, he was also genuinely nice. Then again she didn’t have to face him across a conference room table.

The first time she’d said hello to him in the elevator she hadn’t known who he was, but he’d been more than polite saying hello back. Since then they’d chatted a few times in the elevator and at charity functions they’d both attended. He always talked to her as an equal, never treating her as inferior, but then he’d come up the hard way, too. Knowing he was so far out of her league – rich as well as handsome – made it a lot easier to talk to him in return without getting rattled.

“What’s left of it,” she said, and then grinned as she added, “but I’ll try. We’ll just see if the rest of the world cooperates.”

It was nice to be back home
, she thought as she walked into the building.

The elevators in the old, renovated building weren’t the quickest, but they gave her a little time to gather herself before she faced the office. She gave her hair a quick finger-comb and then clipped it back up until she got the chance to brush it out properly.

She stepped out of the elevator into the office foyer, walking around the table in the center with its massive display of dried flowers and pushed past the glass doors with their gold leaf etching of the company name – Quartermain Enterprises – across them to enter reception.

Matching sofas in an elegant patterned fabric flanked the room. Cherry wood tables separated them from a pair of leather wing chairs. Few people ever sat in either, or the receptionist or staffer responsible would have been fired. They were there for show, like the enormous paintings on the walls.

With a smile, Emily said in explanation as she went by, “I finished early, so I decided to come home.”

“Emily!” Jane from Accounting called as Emily tucked her luggage into a closet, slinging her computer bag over her shoulder. “Congratulations on the promotion! Come here, come here!”

Dutifully, Emily went, trying not to grin. She liked most of the people in Jane’s department; they were pretty straightforward, unlike some of her colleagues in Sales.

The women all clustered around, but she could see Andrew – the head of the department – sitting in his office. He gave her a wave.

Embarrassed, Emily shook her head, “You didn’t have to do this.”

“Someone had to,” Jane said, with just a touch of anger to her voice.

Emily wasn’t in the mood to argue, not so soon. To be fair there just hadn’t been time before she left for her and Dan to celebrate her promotion properly. Or so she told herself.

Instead she opened her present, and laughed.

She was the gadget queen, and they knew that.

They’d gotten her a travel alarm that would wake her with light as well as sound – something she’d talked about getting for a while. She hated trying to learn how to set every hotel alarm and then being startled awake by some of them.

“Perfect!” she said. Veronica had been paying attention…but then, she was a good office friend. “Thanks.”

Hugs went all around. Emily knew they’d each chipped in to buy the clock, it wasn’t cheap.

She tucked the box under one arm and continued toward Sales and her office. People called greetings, and she called back. All she wanted at the moment, though, was enough time to pull herself together before she saw Dan.

Lately their relationship had been strained, but she didn’t know why. She’d hoped to surprise him, to have one more chance to straighten things out between them.

Then she entered the sanctum sanctorum of the Sales department, and there he was sitting in his office with his door open. He was focused on the papers in front of him. At first her heart lifted at the sight of him, as it always had always done. He was a good-looking man with his thick dark brown hair and even features. Maybe he wasn’t as drop-dead gorgeous as Robert Halloran, but he was handsome enough. Beneath his business attire he was just as attractive, lean, firmly muscled, his body showing the hours he put in at the gym. As always, he was also almost impeccably dressed in a designer suit, although his tie had been loosened. His suit jacket hung over the back of his chair to keep it from getting wrinkled. She knew that hidden beneath the desk he wore expensive shoes, although few saw them.

Emily’s heart sank at the thought of his first sight of her with her rain-spattered hose and windblown hair. With luck he wouldn’t see until her until she’d had a chance to clean up and run a brush through her hair. She hadn’t called to let him know she was coming home early, that would have killed the surprise.

He still made her heart twist, but now not just because she’d once thought he loved her. She wondered if he still did.

Dan looked up, then, his amber eyes clearly startled. His expression was oddly guilty. She would have asked him about it, but she wanted to straighten herself up first, so she wouldn’t feel disheveled. So she’d be on equal footing.

There was one steadfast rule between them, no signs of affection in the office – although they’d broken that one behind the closed doors of either his or her office fairly frequently in the early days.

The memory pained her. It had been a long while since they’d done that.

Time Slip by M.L. Banner
The Dragon and the Lotus (Chimera #1) by Lewis, Joseph Robert
Mind to Mind: Ashton Ford, Psychic Detective by Don Pendleton
Me and My Baby View the Eclipse by Lee Smith
Sometime Soon by Doxer, Debra
Ragnarok Rising: The Crossing (The Ragnarok Rising Saga) by Roberts, D.A.
Lucky Me by Cindy Callaghan
Anna To The Infinite Power by Mildred Ames
Debutantes: In Love by Cora Harrison
Wild Open by Bec Linder
Our partner